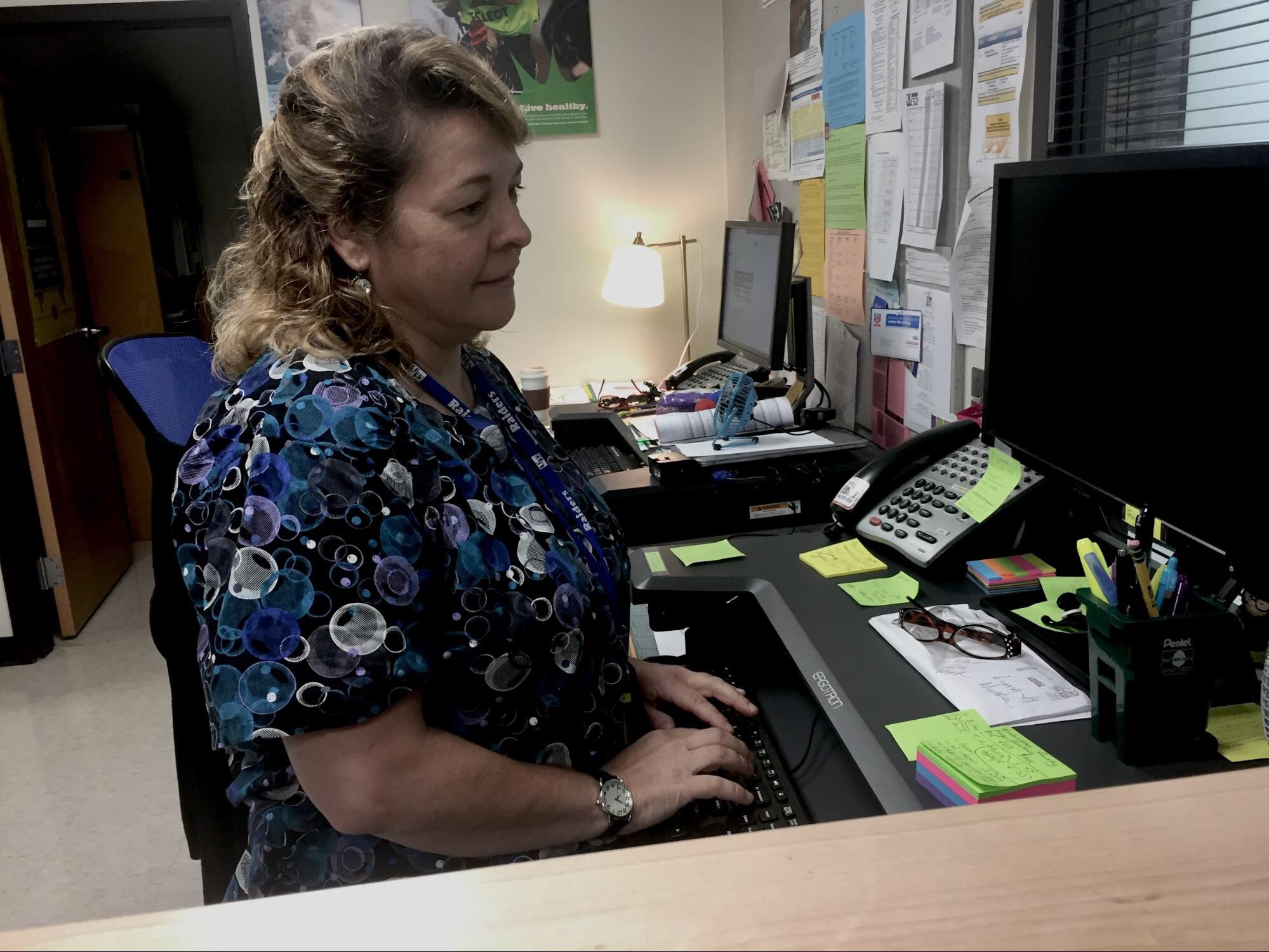 Mary Lynn Crosson took a deep breath as she walked through the doors of U-32 for the first time. She wanted a job as a school nurse for years, and now it was finally happening.

“The interview was very important to me,” she said. Crosson had been looking for a job more than a year after moving from NH, “not realizing how hard it would be to get another job working as a nurse in a school.”

Now her hard work has paid off, and she is getting settled at U-32’s nurse’s office, learning the computer programs and aiding sick students. 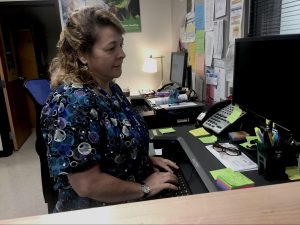 When she was younger, her dreams consisted of saving people from fires, but her father wouldn’t allow her; he believed it was “too dangerous.” Instead, she studied to become a registered nurse, although she still thinks that it would have been nice to volunteer at a fire station.

In 1987, Crosson graduated from Russell Sage College with a bachelor’s degree of nursing. After she graduated, she worked as an army reserve nurse, and as an operating room nurse. She loved the chaos of being an O.R. nurse, but on her first day working in a school, she found herself smiling and laughing a lot more, and she knew that was what she wanted to do.

“No day’s ever the same,” she says, laughing. “I think it would be hard for me to work where I did the same task all day, I don’t think I could sit still.”

Crosson is a single mother coming to a new state from Connecticut, with a love for music, her guitar, and her dog. She was ready for a new start, although she misses the convenience of the city and being in a close vicinity of Italian cousine.

Sometimes in the health field, there are hard situations where you’re worried about a student and you try to get them help, but others say there isn’t enough evidence so they don’t get what they need. And then there are other situations where “you’re able to empower someone so they’re able to manage their own healthcare.”