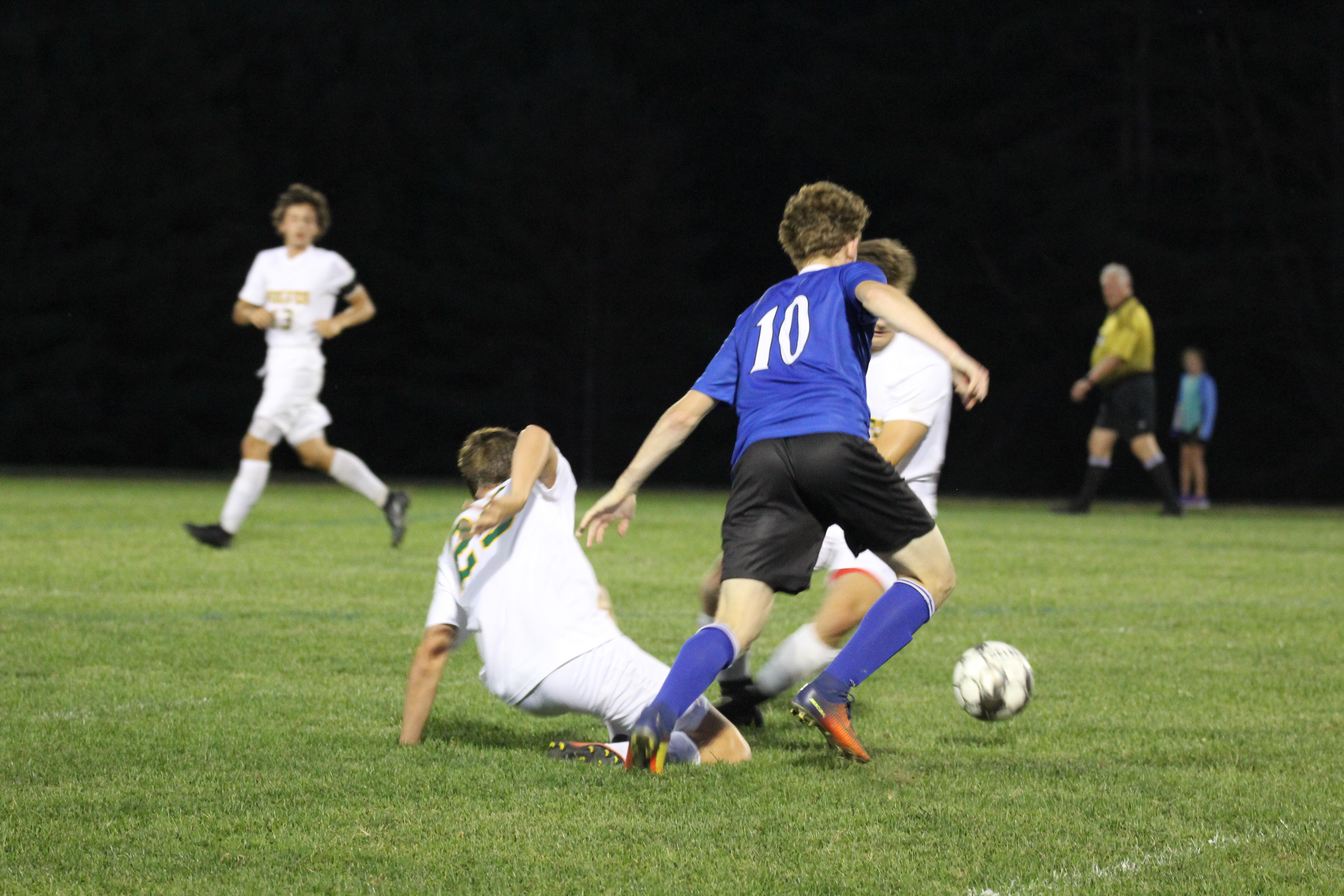 In the boy’s varsity soccer match against Peoples Academy last Monday night, Basil Humke racked up a goal and an assist en route to the Raiders’ 2-1 victory. In the first half of the match, Humke raced down the left side of the field towards the opposing goal. After collecting a through-ball pass and beating a defender, he put in a cross to sophomore Dylan Clayton. Clayton jumped high in the air and headed the game’s first goal into the top right corner. “Right before Basil got the assist he and I locked eyes and I knew the ball was coming to me,” Clayton said. Senior Max Sabo, who assisted Humke’s goal, recounted the order of events leading up to the moment. “I took the ball in the midfield, turned and cut it back behind me, switched the ball to Jacob Bizzozero on the other side, he passed it to Basil. Basil swung in a cross to the far post, Dylan headed it past the keeper for a goal.”

After Peoples tied the game in the second half off a long throw-in — header combination, Humke snagged a loose ball just inside the 18-yard box, beat a defender and fired a bar-down shot over the Wolves’ goalkeeper to give the Raiders a 2-1 lead and an eventual win. “I was just super pumped to score the game-winner because I could tell PA was really zoned in after they tied it up, so for us to be able to respond really quickly was huge. They were a really solid team, and to be able to just give that confidence booster to everybody that we were able to beat them was awesome,” Humke said.