A Dinner from the Land of Fish and Rice 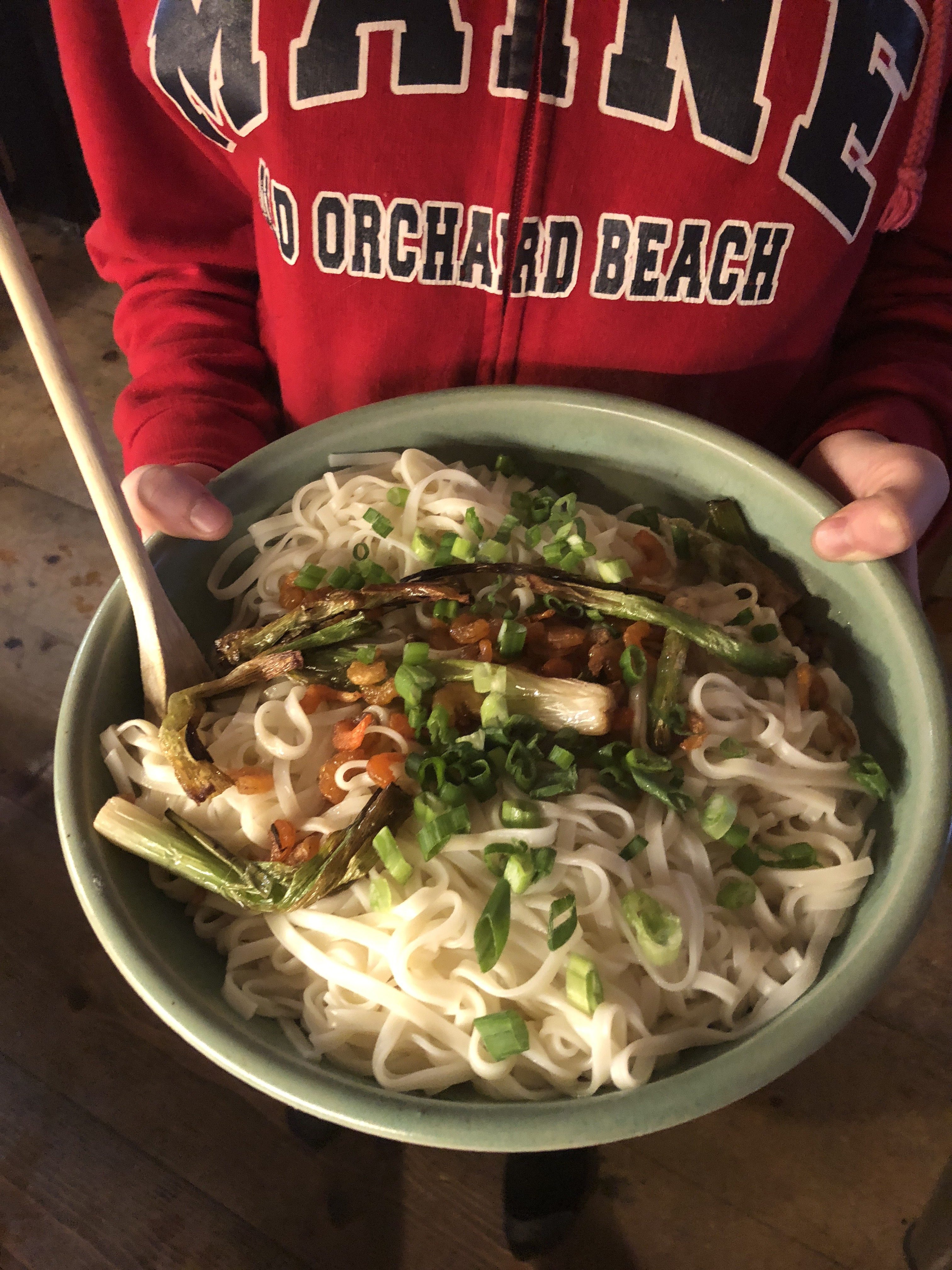 Last week, my host dad, Dirk Van Sustrue, two of my friends, Julie Sampieri and Nevaeh West, and I cooked some Chinese food from my hometown. I was impressed that the food we cooked tasted similar to those traditional food. It made me miss my mother country.

I live in Suzhou, a city with 10 million people, and it is known for its beautiful gardens in Jiangsu Province. Suzhou is two hours away from the coast, west of Shanghai. Because it is close to the ocean, we cook a lot seafood.

Jiangsu cuisine is one of the eight culinary traditions of Chinese cuisine, known for its elaborate dishes of ornately carved vegetables. Jiangsu cuisine originates in the Jiangsu province of China, and it comprises the styles of Yangzhou, Nanjing, Suzhou, and Zhenjiang dishes.

On the day we cooked, my host dad and I put all the ingredients we bought in the kitchen. My host dad set up three stations for my friends and me on the square table. Each of us picked the recipes we like. 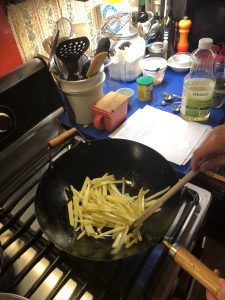 In order to cook, first I peeled the potatoes. They were not used to cook immediately, so I covered them in lightly salted cold water until needed.  I heated the oil in a seasoned wok over a high flame. Because the oil was going to spill out while cooking, I was so scared and ran away while putting the potatoes into the wok. I stir-fried for a few minutes until just cooked but still a little crisp, and seasoned them with salt. I added the spring onions and stirred to give them a lick of heat, then served.

Nevaeh cooked the second dish, soupy Chinese cabbage with salt pork. It was difficult to find the Chinese cabbage. We found it in an Asian Market in Burlington. 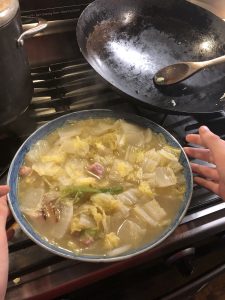 After preparing all the ingredients, we started to cook. The first step was to heat the oil in a seasoned wok over a high flame. Then we added the spring onions and ginger and stir-fried briefly, until they smelled wonderful, added the salt pork and fried briefly.. After that, we added the cabbage and stock, brought it all to a boil, covered the wok and boiled for 8-10 minutes for it to be well-cooked. 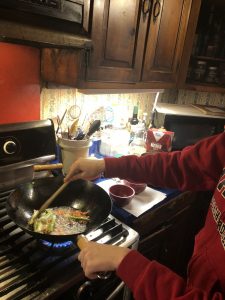 Besides that, we also cooked bok choy with baby shrimp, dumplings and noodles. of these dishes use less ingredients than most  american food. Most american foods are oily, like burgers and french fries, but jiangsu cuisine is not greasy and over-flavoured. 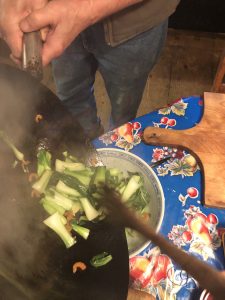 After all the food was on the table, we sat down to eat. Before eating, I asked Julie if she could use chopsticks. Everyone knows it is traditional to eat using chopsticks. And also it is hard. When she was picking up the noodles, the noodles started to fall down from the chopsticks. 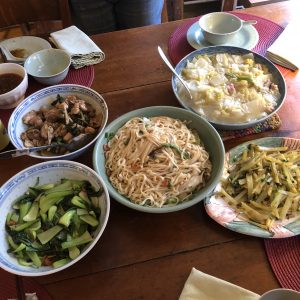