“It’s great to know you can be good at something else too”: The Art Show 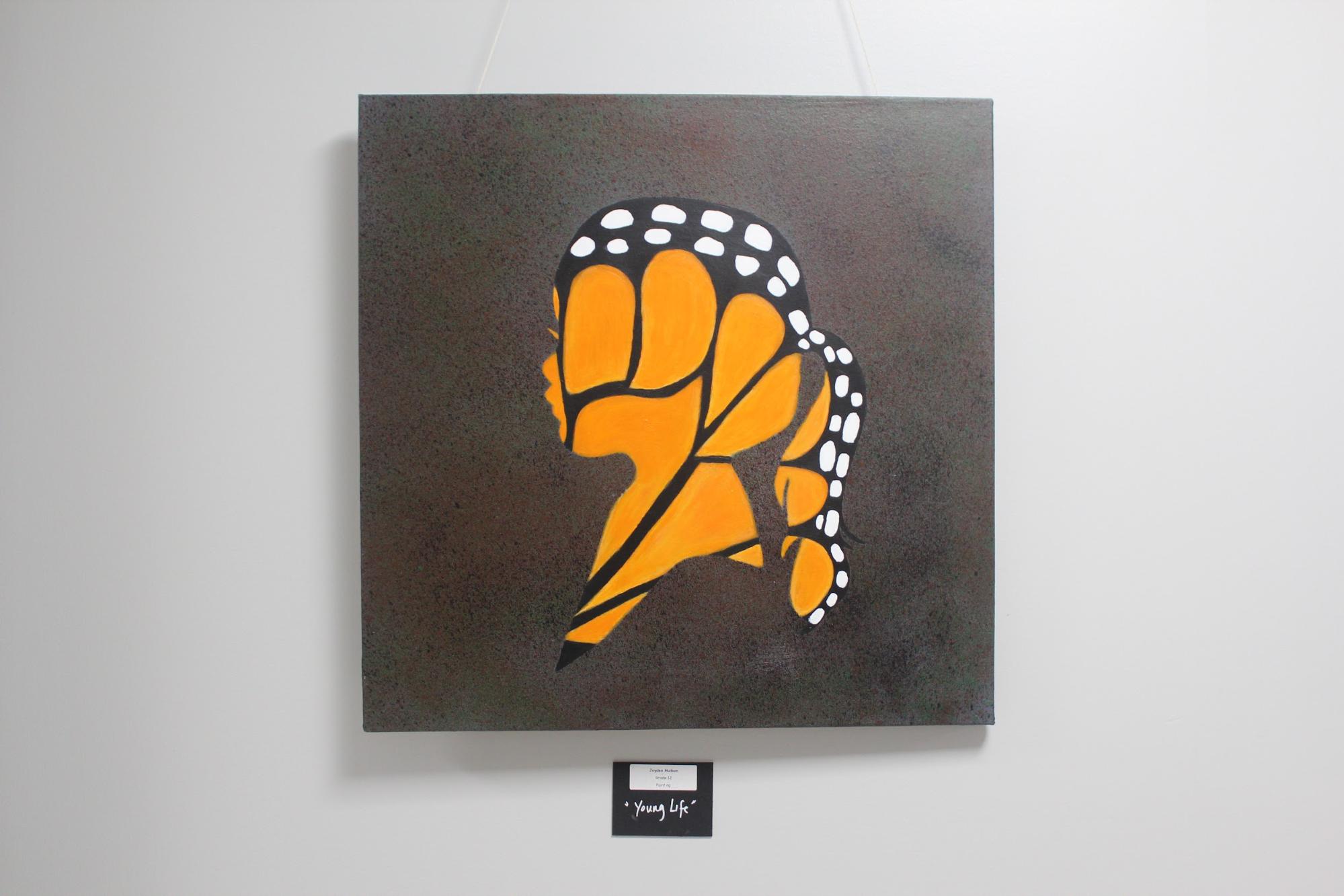 Isabel Poulson sat off to the side of the atrium with headphones over her ears and a paintbrush in hand. As parents walked by, they stopped to watch her paint. She stayed focused on her work, painting a woman in a desert.

On May 26th, parents and students gathered in the halls of U-32 High School for the Arts Bash, to view student art. Lining the walls were paintings, pottery, jewelry, drawings and photography. Like Poulson, there was live art, featuring painters, silent protesters, and a gender parade led around the school by Dakota Dunham. Groups stood around different pieces of art, listening as the artist explained their work, their process and what it meant to them. 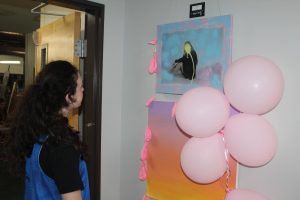 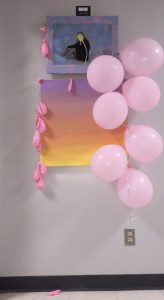 Jozie Bolduc stood by her piece titled “Self Love”, which was divided included two painted canvases. One canvas included a printed portrait of Bolduc with her face spray painted over in yellow; the other contained colors starting at purple and moving to brighter colors by the bottom of the painting. On the left side of the canvas, pink popped balloons hung, while the right side featured blown up balloons.

“The deflated is supposed to represent a time of sadness and the inflated balloons a time of happiness,” Bolduc said. “I had some stuff happen in my sophomore year that was kind of rough. It was hard to be happy.”

The change from dark colors to light represents going from a sad place to a happier place. The piece took Bolduc a month to finish.

“For the past year I have learned self love. Since then I have been so much happier.” 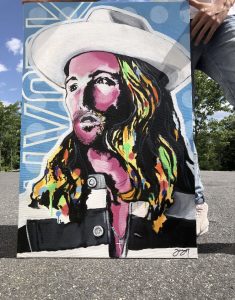 Both Jake and Josh do not have time in their schedule for art classes- they do it at home and bring it in for the art show. They work out of their basement.

“It’s filled with all kind of projects,” Jake Ehret said.

“We just got a commision [on instagram] from some guy living in New York City. He was a fashion editor for Billboard magazine,” Josh Ehret said.

The Ehret brothers described the piece taking them a long time, “…a week or something.”

The brothers picked a portrait from the guy’s instagram and added their style and art. The two have been sending out commissions all over the country. The two usually sell a canvas for $300 to $500 dollars. Just a few weeks ago they sent two commissions to North Carolina and another to New Jersey. 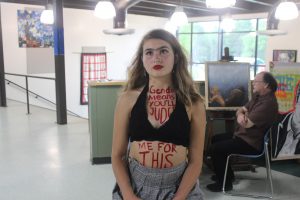 A gender parade was announced and held at the art show. In the time leading up to the event, Kristina Martzke was inspired by the prompt: What does gender mean to you?

“I automatically thought of the things I couldn’t wear because of my gender,” Martzke said.

Originally, she wanted to have X’s taped over her nipples, but compromised with administration by wearing a bra. In her self-exhibit Martzke chose to wear things she feels society teaches her is ‘trashy’.

“I’m wearing high heels, fishnets, a short skirt, black bra. I have a lot of hickies on me which are part of it too,” she said. “My hair is all messed up and I have all this makeup.”

“All these things are taught to be attractive by society. Society sends these messages that this is attractive and sexy. On the other hand, you can’t be sexual through,” Martzke said. “It’s so many mixed messages.”

Editor’s Note: If you care to learn more about Kristina Martzke’s self-exhibit, read her article here on the U-32 Chronicle! Gender Means You’ll Judge Me For This 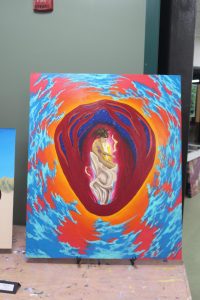 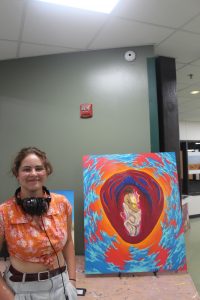 Poulson started this piece in December 2016, painting over old ideas with new ones.

“I wanted to make this piece for my mom or any mother figure no matter what gender,” Poulson said. “I was like, I miss her because she lives in Texas.”

The colors surrounding the child and mother are bright blues and reds, this is inspired by Poulson’s mother’s style of art.

“My mom’s style of artwork is really contrasty between this kind of blue and this kind of red. When you look at it you’re like ‘Whoa! My eyes hurt!’”

To Poulson, the piece represents the love a mother has for her child.

“That maternal instinct. I wanted it to feel like a hug when I looked at it. When a mom looks at her child, it’s like a ball of energy and awesomeness.” 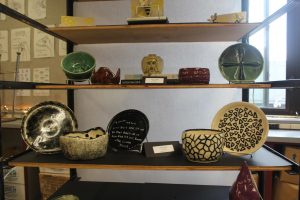 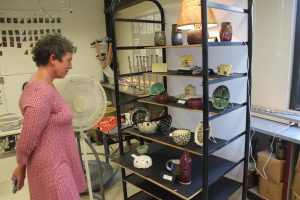 Grace Childs just finished an independent study in pottery after completing Pottery I and Pottery II. At the art show Childs displayed black and white bowls and plates.

“I used black underglaze on all of these because black and white are my total aesthetic,” she said. In the center of her piece was a plate with a quote from The Little Prince. “I made it in memory of Laure [Laure Angel, U-32’s middle school teacher that died last year in an accident]; I chose my favorite quote.”

For Childs, pottery is a huge stress-reliever. After taking both Pottery I and Pottery II, she took summer classes before beginning an independent study.

“School can be a stressful place, it can be overwhelming. It’s so nice to be able to come into the studio and throw a bunch of clay around, make shapes and find something you are good at.”