“As Long as I Can, I Have to Do It”: Holocaust Survivor Ruth Kapp Hartz Speaks at U-32 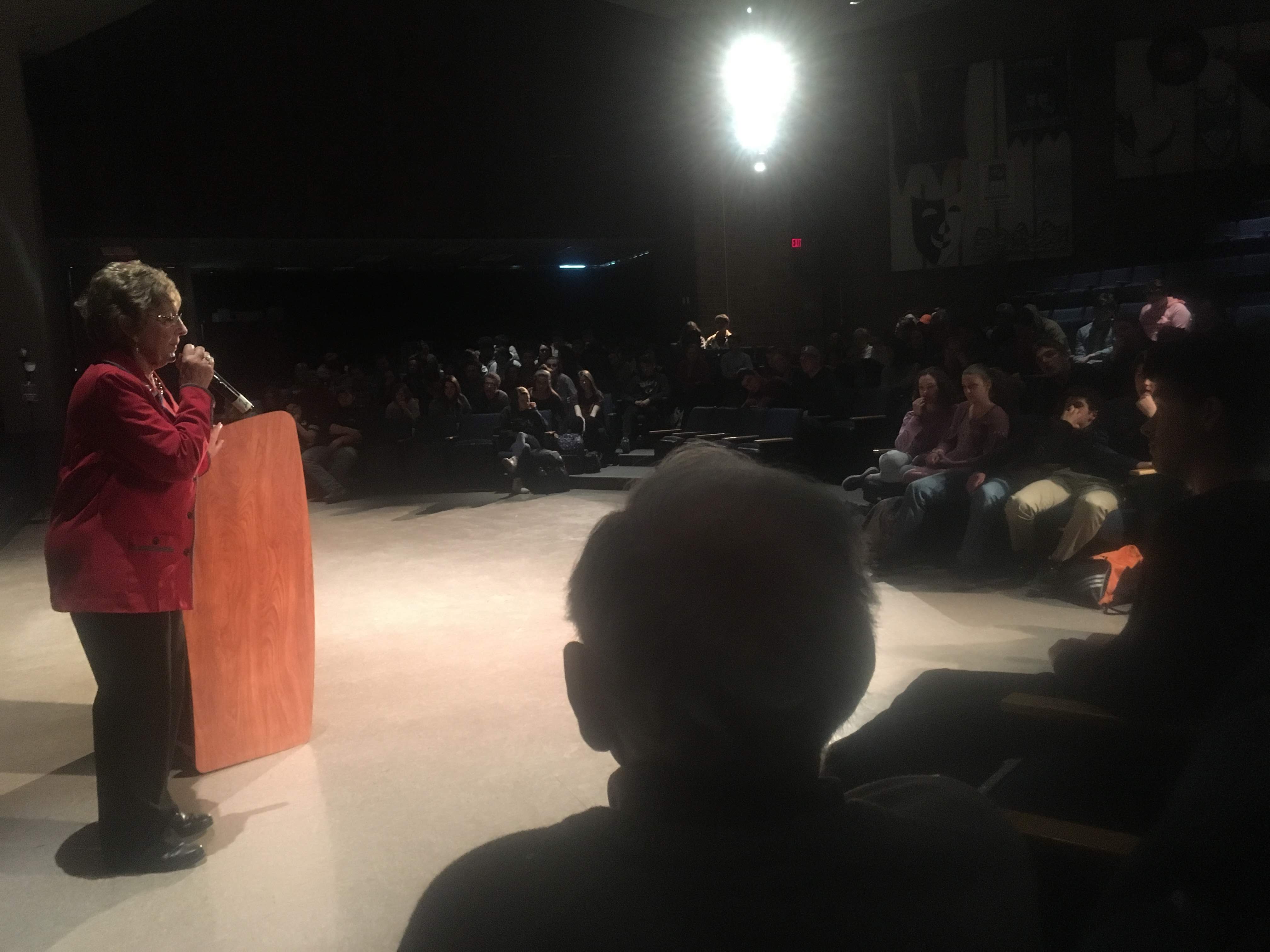 On April 26th, Ruth Kapp Hartz stood in front of an auditorium of U-32 students and told the story of a childhood in hiding. The audience was silent as she described what it was like to flee cities, hide in basements and under trap doors, in convents and the houses of good samaritans. 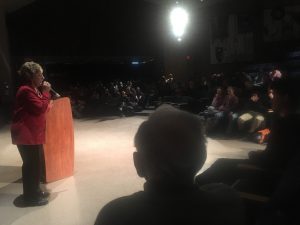 Ruth Kapp Hartz speaks to students at U-32

Ruth was born in 1937 in Palestine. Later the family moved to France. Her parents were German-Jewish. They spent the first years of her life running from persecution by the Nazis.

When she was four, Ruth’s sixteen year old cousin Jeannette told her “Your name is Renée.” Ruth recalled that as her earliest memory to the audience.

Ruth’s family was uncommonly lucky during the Holocaust. Many of them—including both of Ruth’s parents—survived. Ruth grew up to attend the University of Paris and graduate with a degree in biochemistry. She emigrated to the United States in 1958 and taught French for over thirty years.

Later Ruth worked with one of her former students, Stacy Cretzmeyer, to write a book about her experiences. Your Name is Renée was published in 1999. The book inspired her to continue sharing her story. For almost two decades, Ruth has been travelling the country and giving presentations.

“There’s no such thing as a typical reaction,” Ruth said of her presentations in an interview with the Chronicle. “[The students] are shocked to find out the fate of young children.”

Educating the younger generations is one of Ruth’s main goals.

“What moves me the most is the interest that is still there, so many years after the event,” she said.

Ruth also spoke about her concern over racism and antisemitism today. “I always get very positive reactions, and yet you open the newspaper or listen to the news and it’s horrific.”.

In the end, Ruth’s message for students is simple: Vote.

“It’s a privilege,” she said. “If it’s taken away from you, like it was during the Holocaust and in so many other countries, then people think it’s horrible.”

“The candidates may not be the ideal ones, but even if you have to vote against somebody it is better than not voting.”

“I have examples but I won’t say,” she added with a laugh.

You can learn more about Ruth’s story in the book Your Name is Renée by Stacy Cretzmeyer and on her website www.yournameisrenee.com