What Happened to Word of Mouth? 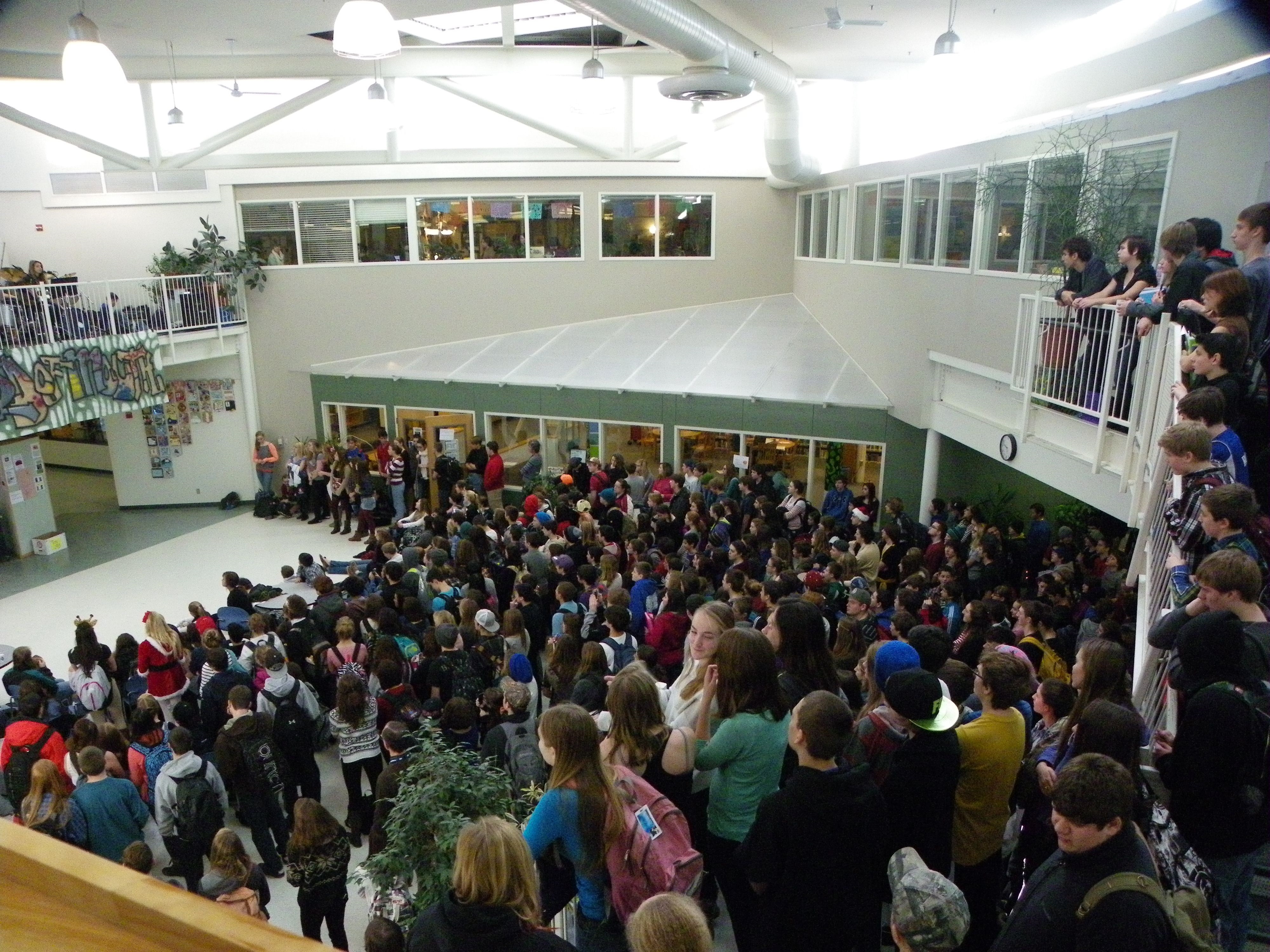 On April 25th last year a crowd of students gathered in the atrium for Word Of Mouth, the open mic performance tradition at U-32. On the Atrium’s balcony Ava Clithero sang and played guitar, Orlando Grant made a speech, Karli Robinson danced, and Stephen Looke was the MC. 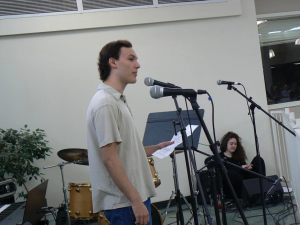 Orlando Grant delivering a speech at Word of Mouth in 2017

This year, after fifteen years at U-32, Word of Mouth has not happened at all, and students are curious as to why.

“Word of Mouth when I started high school was really intense. It was notorious for being one of the biggest events at our school,” senior Libby Belitsos said. “I think it’s a really powerful way of bringing the school together.”

“But as the years fizzled out,” Belitsos said, “students took advantage of this and expressed feelings that really shouldn’t be expressed in a public educational setting.”

“It used to be students pursuing their interests,” Gallison said. “And now it’s more for students looking for attention because you’re literally up on a stage in front of the entire school.”

Two years ago towards the end of the year, seniors gave speeches that personally targeted students and teachers.  Rumors started that administration had ended Word of Mouth because of the controversial performances.

Nick Holquist, an English teacher, was referenced in one of those speeches. “I know there were people who were insulted,” he said. “I didn’t mind it, he was my student, he was just trying to be funny.”

Vice Principal Jody Emerson said the seniors, “Thought they were doing something comical, but a lot of students and teachers didn’t think it was funny. It was really hurtful and they were offended and impacted by it.”

Ben Heintz, a teacher who has coordinated Word of Mouth for the last fifteen years, said he chose not to organize Word of Mouth this year.

“It was my own decision,” said Heintz.  “There were rumors that the administration didn’t want it to happen– that’s not true.”

“The last several years there have been three problems,” Heintz said. “One of the things is that some of the kids on stage said some things that were personally insulting to others.”

“Another problem is in the crowd in recent years. The level of respect has been less, and I’ve seen kids being unkind to other students who have been performing.”

“I don’t feel good about kids putting themselves into a position to be discouraged or ridiculed.”

Heintz also said the performances seemed more  casual over the years, and kids were less prepared on stage.

Even without Word of Mouth, U-32 has has other alternatives for open mic, like the library during friday callback.

“I hope that even though Word of Mouth may not happen this year,” Heintz said, “it could be something that would happen again at U-32.”