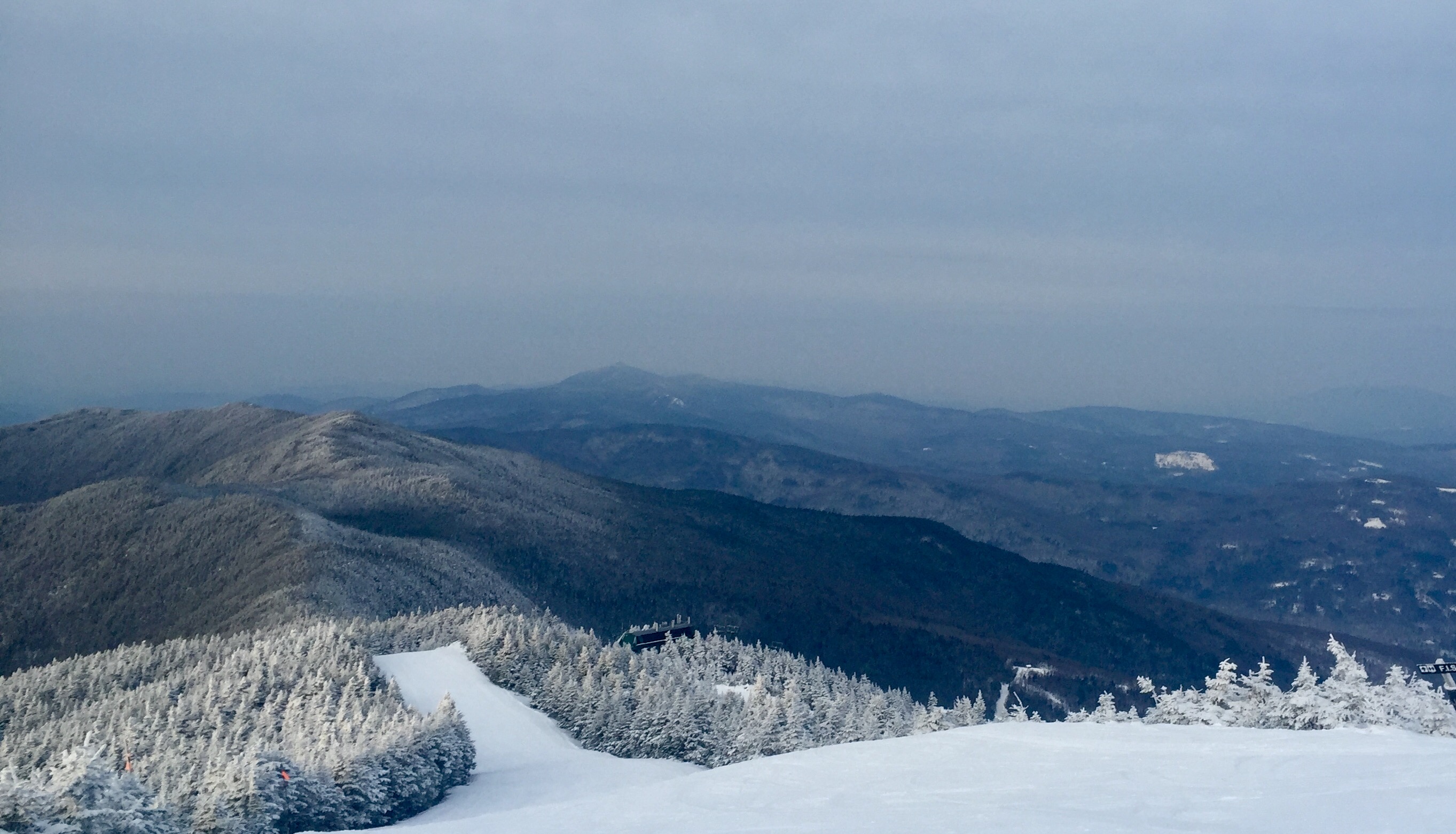 On a sunny January morning in the Mad River Valley, crowds of people stood in front of the Sugarbush ticket window waiting to purchase a day lift ticket. The blue skies, abundance of snow and mild temperatures made for an ideal day on the slopes.

An older man made his way from the ticket window towards his skis, before clipping in and approaching the lift. Eric Moore, who makes his way to the mountain “a handful of times throughout the year” had just purchased a ticket for $119, the maximum daily price provided by Sugarbush.

Moore would ski alongside people who paid only a fraction of the cost for the same lift ticket. Had he purchased his ticket online only hours before, Moore could have saved nearly 15%. Weeks before, the same ticket could have been purchased for nearly 35% less.

For Moore, the “convenience” of purchasing a day-of ticket outweighed the discounted prices for those who plan ahead and purchase online. “Four weeks ago I wasn’t sure I would be skiing today, but I’m here now…buying at the window is a more realistic option for me.”¹

Sugarbush opened in 1958, when the price of a day ticket was only $46.92. The mountain purchased Glen Ellen in 1978, and expanding lift-served terrain between the two mountains in the decades that followed. With this expansion came higher ticket prices to cover operating costs. As of this year, the resort offers 53 miles of trails spread across 6 peaks which are served by 16 lifts. This November, prices surged to $76 and by mid-season, lift tickets will top $124.²

Why do these prices jump so much?

The answer is simple. Throughout the season, lift tickets follow a general trend, which is why ticket prices vary so much. This also is a leading factor in price discrimination. During February — peak season — more people come to the slopes because of the good conditions. Due to the increased demand, Sugarbush raises their ticket prices.

“Ticket prices tend to exist on a bell curve,” said Candice White, the Vice President of Communications and Brand Management. “Lower in the early season, highest in the main season and holiday period, and lower again in the late season.”

Above are lift ticket prices displayed online during December (Early Season) and February (Peak Season). Through this it is easy to see a portion of the bell curve but also the differing in prices on a weekly basis⁴.

With less than ideal conditions in the early and late season, Sugarbush still manages to attract people to their slopes by offering more affordable prices. The volume of people who visit the resort during peak season offsets the resorts earnings to provide stable income during less busy months.

2. The Time of Purchase

Price discrimination often occurs when a good or service is purchased at a certain time instead of another. For example, airlines charge less to customers who book a ticket five months in advance rather than 5 weeks in advance. As the flight nears, the demand for the ticket increases and so does the price.

At Sugarbush, the market for lift tickets is nearly identical. “Many resorts including Sugarbush have moved to dynamic online pricing,” White explained. “Any guest who purchases their ticket in advance will receive a discount. The further in advance they purchase, the greater the discount.”

Recently, the National Ski Areas Association (NSAA) reported that ski resorts gross a little more than 50% of the leading ticket price on average. This information shows that many people take alternate routes by purchasing tickets in advance or through online ticket brokers.

Third parties also offer discounted lift tickets. The online market creates a secondary market consisting of discounted tickets. Sites like Liftopia.com work alongside Sugarbush offering affordable rates similar to the ones the resort has online if tickets are purchased in advance. But even when tickets are not bought for their face value, Sugarbush still profits off of direct and indirect online sales⁴.

Anyone who has skied on a holiday break or even a weekend may notice an obvious disparity in ticket prices. After reviewing ticket prices across the US, the NSAA found that many resorts base their ticket prices off a simple model. On the most basic level, resorts offer three base rates for lift tickets; a mid-week rate, a weekend rate, and a holiday rate⁶. The price for each rate is determined by a number of factors.

Competing resorts greatly affect how they price their tickets. Sugarbush monitors the changing rates at other resorts to make sure their prices are similar to others.

“We watch our competitors carefully to make sure our pricing is in line with other Vermont resorts,” said White. “We also need to understand what revenue we need to generate to be a sustainable business.  Some areas provide less service and may for that reason charge less than we do⁴.”

As weekends and holidays come and go, ski resorts implement many different marketing strategies to increase revenue. This can be seen through the daily changes in ticket prices.

It comes down to finding that perfect price: one that assures the resort it will make a significant profit while ensuring its customers will return.