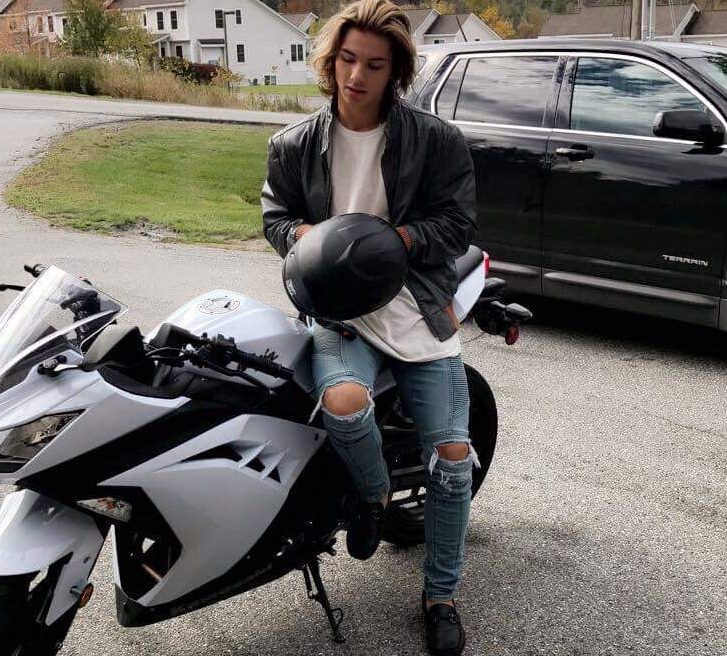 Zach Schneider, a senior at U-32 stepped in front of the class wearing black joggers and a white t-shirt.  The assignment was to pick something you are passionate about and act it out by making a yoga sequence. After he had presented his poses for the yoga sequence, he passed around clothing he had altered to represent his faith.  One was a blue jean jacket with a cross sewed onto the back. 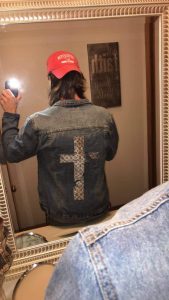 “The biggest influence I’d say is my sister,”  Zach said. Zach’s sister, Samara, also has a love for fashion.

“It’s crazy to think I have been an example to my brother!”  she said. “But all I can say is that it is honestly not me, but God.”

“I like keeping up with the latest trends,” she said, “but also I like to dress to stand out and to have my own style.”

Faith can be challenging, Samara said.  “Ultimately, I want people to know that faith in God is scary, but rewarding.”

Sean Odum is Zach’s pastor at Enough Ministries in Barre. 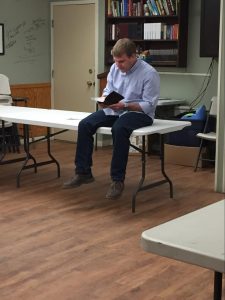 “Throughout my life I’ve had a lot of mentor figures,”  Odum said. “One guy who’s been a mentor to me was in the navy.  We used to call him ‘Sin Buster’”.

Sean said that he loves the idea of combining faith and fashion.  “When I was younger, I used to walk around wearing shirts with crosses on them,” he said.  “I think it’s a great expression of your faith.”

After high school, Zach plans on going to a Christian school where he can continue to practice his faith and fashion.

“It’s an amazing thing,”  Zach said. “When you can incorporate your love for one thing into another.”