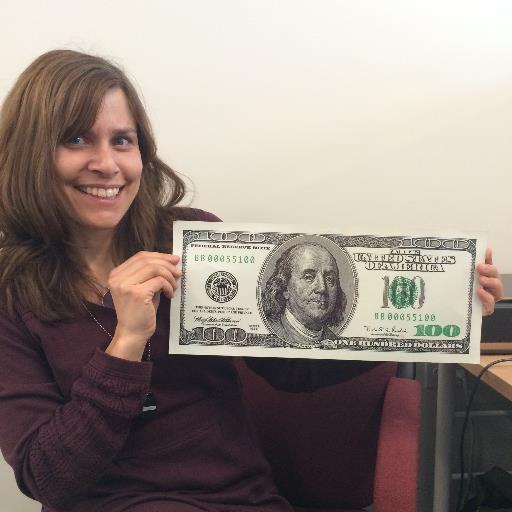 On Wednesday, November 8, almost three dozen colleges visited U-32 High School. Situated in the Atrium at large rectangular tables, Castleton University offered colorful brochures, Rivier University gave out branded pens, and the University of Maine advertised enticing scholarships. These schools, all costing at least 10,000 dollars per year – on the cheap end – were looking for prospective students.

It’s telling that so many universities went so far to reel students in; they know college is one of the biggest investments of a person’s life. Billions of dollars are spent every year on higher education, but many Americans can’t afford it without the help of something the world relies on: debt. 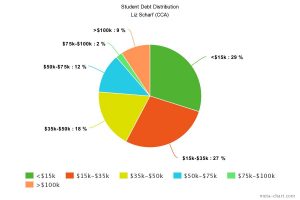 The distribution of student debt among 70 people participating in a survey for Capstone Community Action, a financial counseling group.

Student loans are a necessity to many Americans. They allow millions of people to gain access to opportunities they otherwise couldn’t.

But taking on debt doesn’t automatically mean a new lease on life. “As of 2016, Vermont has $2.8 billion in student loan debt” which accounts for “82 percent of the average annual income for recent graduates, a ratio of debt to earnings that ranks Vermont the highest in the nation and the only state over 80 percent”.(3)

So what’s the deal? Does student debt mean more opportunities or a life of hardship?

The answer is complicated. Debt is accepted as a facet of life: our global economy runs on debt. However, universities and colleges are more expensive than ever.(5) “In Vermont, 63 percent of college graduates hold student loans.”(3)

Liz Scharf, a financial counselor at Capstone Community Action, explains the reality of student loans. She says, “regardless of your income you’re still going to have to pay something for your kids to go to school.” 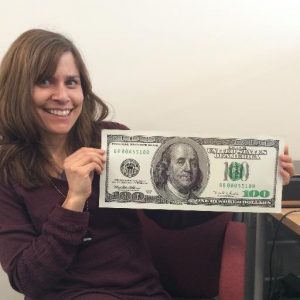 Elizabeth Scharf, who conducted the student loan survey, is experienced in financial coaching and student loans.

Examining the stories of everyday Vermonters shows how complicated the narrative of student debt is. Sophie Gardner, Suzanne Picard, and Lynn Woodard have a few things in common: they are all women and all have student loans. Together they have hundreds of thousands of dollars to pay off. From there, their stories diverge.

How Debt Should Work

Sitting at the kitchen counter playing Terraria on her laptop, Sophie Gardner is relaxed and content. She’s the poster child of a student-loan success story. Her 40,000 dollars in loans is hardly a second thought in her day-to-day routine — her loans are under 10,000 dollars per academic year.

Student loans are simply part of her journey through college. “I’ve never had a problem or complaint about the loan process,” she says.

Gardner calls the payment system “pretty streamlined,” and adds that the lenders “send me emails every month about my balance and let me know when I have to start making payments again.”

For millions of others, this is a familiar tale. Seventy percent of college graduates leave school with student loan debt(6) and “A college education is an important requirement for entry into many of the highest earning professions and jobs.”(6) Loans are a requirement for the country’s education system to function.

But for Suzanne Picard, who graduated from Norwich in 2008, 80,000 dollars were far more than a second thought. Her nursing degree demanded most of her time, making working long hours to pay her loans difficult.

She regrets taking out as much as she did: “When I graduated they wanted $1,000 a month… I couldn’t refinance so my only option was to extend my payment period to 30 years.”

This strategy can be smart for “the 12% of borrowers [who] owe $60,000 or more.” That’s why “60 percent of student debt borrowers expect to pay off their loans in their 40s.”(7) While it may be difficult for Picard and millions of others to repay loans, stretching the periods out can make the process more tolerable.

Lynne Woodard, whose daughter Rory received her education at the cost of over 150,000 dollars in student debt, lived on 12 acres of secluded land. After student loans decimated her available funds, she was forced to sell some off to afford the payments.

A sparse line of trees and a stone wall separates her remaining land from the new lots. “The effect has been to make my house part of a little community,” she says, “with two houses where I once had a clear view to the village.”

“I will continue to struggle with my choice until I sell that piece of land in order to pay off a good chunk of what I owe.”

However, there is another side to her loan story. She says, “I am glad [my daughter] went to Hampshire College; It was the right place for her.” Parents and students have to consider the tradeoffs of taking on debt and it isn’t always clear what the implications will be. 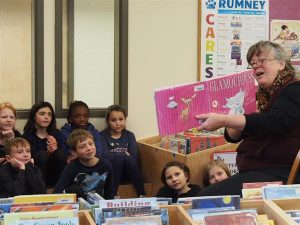 Lynn Woodard, pictured here with one of her Rumney Memorial School classes, where she is the librarian.

The Ugly Side of Loans

A Front Porch Forum post sent out for this article requested information from the community about student debt stories. Jane, an alias for a debt-holder who didn’t want to be named, responded with a compelling tale.

The anonymity hints at one consequence of debt that might not be obvious: the shame of not being able to afford college. People don’t want their neighbors to know their 2018 F-250 is financed with mountains of credit, and it’s the same with student loans.

With over 80,000 dollars in debt, Jane has experienced confusion and misdirection with student loans. When she first began her loan payments, she had no idea the “‘minimum’ minimum payments,” as she explained, were only paying off the interest on the loan.

She wasn’t paying enough, her loan sums weren’t getting smaller. “I have several loans where I’ve paid most of the original premium but still owe thousands due to interest,” she says. “Awful.”

A Rolling Stone exposé on controversial lender practices claimed  “Government lenders in particular have virtually unlimited power to collect on student debt – preying on everything from salary to income-tax returns,” making it nearly impossible for those in debt to make payments on anything else. When Jane had car issues years ago, she remarked that “I literally lived on ramen for two months.”

There is no clear way out of the mess America has gotten into with student loans and the $1.4 trillion in student debt(2) isn’t going anywhere. Debt will have a lasting effect on many families and individuals, as is the case for Gardner, Picard, Woodard, and Jane.

Some will benefit, for some the effects aren’t yet clear, and for most, loans are hell. Woodard articulates what has been clear in this country for a while. “Our system of higher education is bound to collapse if costs continue to rise. It is just unsustainable. Families can’t do this.”