What is Phil Scott’s Calculus on Carbon? 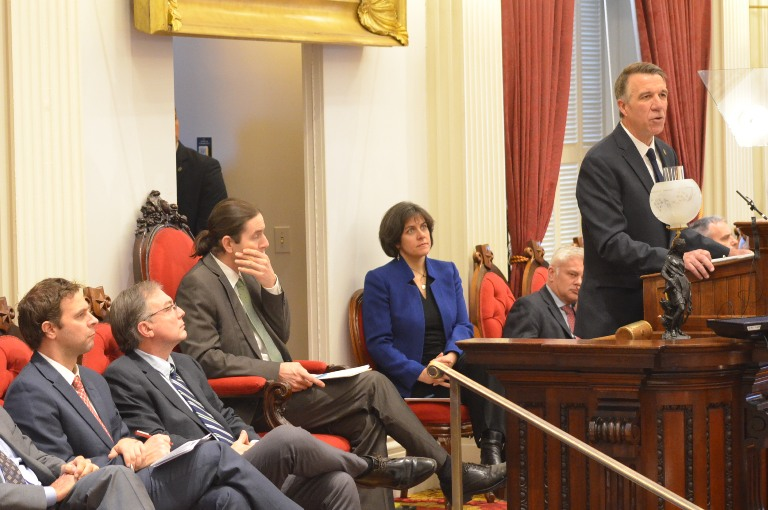 Harrison Bushnell is a student member of the Vermont Climate Commision. 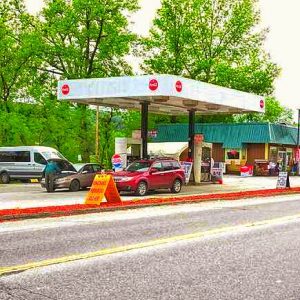 Phil Scott and carbon… Where is Vermont headed?

This is the third installment of our Local Economics series.

Looking out over a crowd of legislators packed in the House chamber, Vermont Governor Phil Scott gave his State of the State address in early January. He was seeking bipartisan support – or at least trying not to trigger partisan opposition. After briefly discussing Vermont’s current environmental efforts, he added, “We need to continue this work in a practical way that ensures all Vermonters benefit: enhancing opportunities, advancing affordability, and protecting the most vulnerable.”

Earlier this month, weak sunlight shined through his fifth-floor windows – which look out at the Vermont State House – as he gave an interview on this subject. Phil Scott took a seat at his desk.

The governor began to discuss bipartisanship: “If you can find common goals, there is always a way to work together. If you agree on the end game, you can debate on how to get there.” Scott is a Republican governor with a mixed voter base and a Democrat-controlled Legislature. Across-the-aisle partnerships are necessary, and comments like this undoubtedly played a major role in his election.

The carbon tax question threatens to divide primarily bipartisan Vermont. Forty countries currently use carbon pricing and almost a quarter of the world’s emissions are taxed. Vermont must decide whether we should follow this trend. 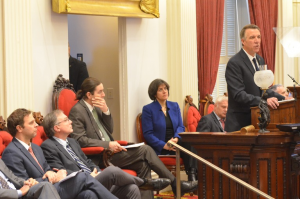 Governor Phil Scott giving his State of the State address

Scott believes “that the sooner we can disconnect from fossil fuels, the better off we’re going to be.” However, he stands firmly against carbon pricing. Some argue this is inconsistent thinking while others view it as sound economic policy.

Carbon pricing aligns incentives with environmentally sustainable behavior by taxing gas and other fuels in an attempt to reflect the true price of carbon emissions, including health effects, environmental impact, etc. The revenue generated would be used for emission-reducing solutions or decreasing taxes in less environmentally damaging areas. Read more about carbon pricing here.

Scott makes the case against a traditional carbon tax: “There’s no magical pot of money for…those businesses who are burdened with the carbon tax. They have to pass them [the costs] on to their customers, the consumers. So as I see it, it’s just a ratcheting effect and an inflationary effect.”

Scott’s calculus must consider a mixture of political analysis and Vermont-specific concerns. Well-known as a race car driver, Scott has a license plate reading “6-3-1” propped on his shelf – a reference to Scott’s often-repeated concern that there are six fewer workers, and three fewer students in Vermont every day. “I think it’s [carbon pricing] detrimental to the working poor,” Scott said. “We have a tremendous amount of seniors living on fixed incomes and they don’t have the luxury to move to other states…We’re an aging state.”

State leaders are considering multiple proposals to combat climate change, but one is particularly popular among carbon pricing supporters:

Unveiled in early November by a team of business people, policy leaders, and academics, the ESSEX Plan uses carbon pricing in a revenue-neutral format. The money raised from the carbon pricing, which starts at $5/ton and over time rises to $40/ton (the national price of carbon that accounts for health effects, etc.) will be used to lower electricity rates in Vermont. (1) A growing percentage of electricity used in Vermont is already renewable, so proponents of the bill argue that incentivizing a switch from carbon-based to renewable sources would benefit the state. Supporters also argue that the plan would spur economic growth, decrease carbon pollution (see graph), include rebates and “adders” for those most affected by the bill, and create thousands of jobs.

Scott is critical of the ESSEX Plan. “It’s still a carbon tax and somebody still has to pay.” He feels that the benefits of lowering electricity rates would be minimal, that the power industry will see many innovations that lower rates. Scott points out that people off the grid wouldn’t receive these benefits. Proponents of the bill argue that this group makes up a miniscule percentage of Vermonters. 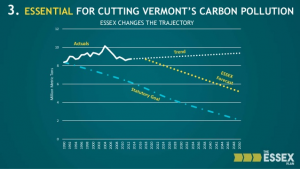 Representative Robin Chesnut-Tangerman (Progressive/Democrat) commented that there was a possibility the governor would support the ESSEX plan if he viewed it “as beneficial to the average person.” Proponents of carbon pricing argue that with the ESSEX Plan, all of the money is given back to Vermonters. However, Chesnut-Tangerman says Governor Scott ran on not adding new taxes, so Scott’s political calculus might end up being, “this is a tax, so no I can’t support it.”

In response to a carbon tax proposal in 2015, Scott said, “To make Vermont more affordable for families and businesses, we must focus on the fundamentals and get the state’s fiscal house in order without new taxes.”(2) It remains to be seen whether marginal shifts in carbon pricing proposals can ever convince Scott that it is both effective and politically viable.

The debate in Vermont is a result of the U.S. government’s decision not to implement a national carbon tax, unlike many developed nations. Scott adds his voice to a minority of Republican politicians when he says, “If carbon pricing was done on a national level, that would be fair for all. That would make much more sense.” He was adamant that state carbon pricing would be detrimental given Vermont’s small economy. Last summer, Governor Scott created the Climate Action Commission. A recent report from the commission included a proposal for an independent carbon pricing study. Scott rejected the proposal sticking to his opinion that a national carbon tax is the only equitable solution. With Scott unyielding on carbon pricing, the state debate continues.

The implications of Vermont’s debate are even further reaching. “One thing that Vermont does really well, as with civil unions, is show what’s possible,” Chesnut-Tangerman commented. “This sounds arrogant to say, but I’ve heard international consultants say this a lot, that people ask ‘what is Vermont doing?’”

Johanna Miller is the Energy Program Director at the Vermont Natural Resources Council – an environmental advocacy organization in favor of carbon pricing – and Climate Action Commission member, Miller commented, “one thing that I continue to think about — and ask — especially of people who say they support meeting our greenhouse gas and energy goals (including the Governor and others) is: If not some form of carbon pricing or cap and trade, then what? I have yet to get any clear, definitive answer to that question.” 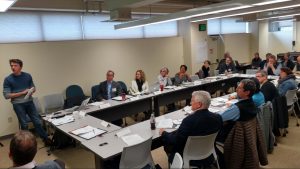 Governor Scott and people on both sides of the carbon pricing debate agree that to protect cold Vermont winters, our fiery fall foliage, and Vermont’s coming generations, we must combat climate change. However, the way forward is anything but clear.