No Car Left Behind

There are three cars on the showroom floor at Formula Ford in Berlin. Two are brand new Mustangs, iconic pony cars with graceful lines and shiny wheels. These are the cars that kids and adults alike wish they could own. They are special cars. The third car is different. It is a Ford Taurus Sedan with black paint and a black interior. Compared to the others, it’s boring. So why is it displayed so prominently in the showroom at Formula Ford? 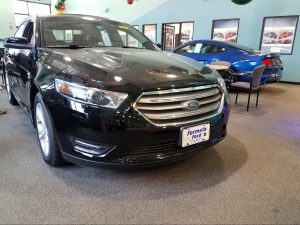 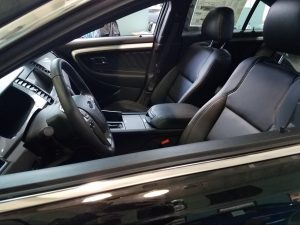 As it turns out, putting the Taurus in the showroom, where virtually everybody who visits the dealer will see it, serves a specific purpose. The black Taurus is aging past its expiration date. “That black Taurus that’s in my showroom is my oldest Taurus in stock,” says Todd Mobley, the executive manager at Formula Ford, “so I will walk every customer by that Taurus.”

Todd Mobley’s office is located just off to the side of the showroom floor, looking out at the three cars. Todd is the expert on how the dealership is run. He knows the ins and outs of managing all the inventory and how to keep everything running smoothly.

Todd expects all the cars in his inventory to sell within 30-45 days of being delivered from the manufacturer. But sometimes this is not the case. Cars can become distressed merchandise, meaning that they have gone unsold past this time period.

Vehicles that sit on the lot for a long time are bad news for a dealer. Every day that the car doesn’t sell is costing them money.

According to one website this financing is, “a type of short-term loan that is paid off in 30 to 90 days, the time it normally takes to sell a car” (2). It is a dealership’s best interests to sell inventory as quickly as possible to avoid the buildup of interest fees.

When a car has sat for longer than the estimated period, dealers take a more active approach to selling it. The first thing to do is to make it more visible to customers. That’s why Todd made the decision to move the black Taurus off the lot and in with the Mustangs.

The next approach that a dealer will take is incentivising the car more heavily and offering special deals on it. Ford as a brand is already responsible for offering incentives on their products that allow dealers to price their cars more competitively. According to Todd, “they’re job is to keep the incentives strong on the vehicles and they’re also responsible to a great deal for advertising them.”

In other words, Ford gets the customers interested, and the dealers handle the business. Any profit the dealer makes comes from the markup on the vehicles they sell. But when a car is still not selling, Formula Ford can make the decision to offer extra incentives on the vehicle. “You know, some customers will say ‘I want a white Taurus,’” says Todd. “Well, for $500 in extra savings, would you take a black one?”

As a last-ditch resort dealers will sometimes sell the car even if it means they don’t make a profit. As Todd tells it, after the car has gone unsold for an abnormal period of time, “we’d get really anxious and we’d be happy if we could just break even on the car to get away from it…”

These kinds of decisions are the ones that Todd and his team have to make all the time. “…when we look at our inventories we categorize them by days in stock,” he says. When he notices a car is too old he must decide how he can change the incentives to make it a more attractive deal to customers.

The result of Todd’s careful inventory management is that he can reach an equilibrium, a point where the number of cars being sold exactly matches the new cars coming in stock. And his main goal; to maximize that flow of inventory to make the highest profit and run a successful business.

All of the cars on the lot, around a hundred vehicles, are configured and ordered from the Ford manufacturer by the dealer. 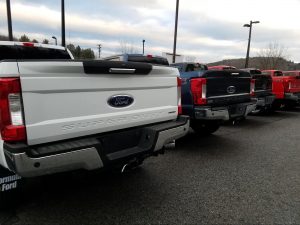 “ We will actually configure F-150s that we think will be popular with our customers,” he says. “…you take some different risks in what you build.” Here Todd refers to the Ford F-150, a full sized pickup truck. Most of the vehicles on his lot are F-series trucks– they happen to be the best selling pickup in America for the last 40 years with over 800,000 sold in 2016. (1)

Once the trucks are ordered they are shipped out to the dealer and displayed on the lot in hopes that they will be purchased.

Cars are different from virtually all other merchandise, besides underwear and custom Nikes, in that there is a strict no-return policy. Once a customer signs the agreement at the dealership, they own the car for better or for worse. And the same goes for the dealership themselves. The cars they purchase from the manufacturer are essentially bought and paid for. From the moment it is delivered the pressure is on the dealer to sell it as quickly as possible. (3)

There are a few exceptions to the rule. One way that a vehicle could leave the lot without being purchased would be a trade between dealers.

“It’s called dealer swaps… I might have this style truck and I might be one of the ten guys in the region that has this exact truck that the customer is looking for,” Todd says. “A dealer will call and ask if we’d be willing to dealer swap it with them… I get his car and he gets mine.”

Another way that a car could be returned to a dealer is under a lease program. (3) In this case the vehicle has not truly been “sold” and will be traded in by the consumer after a set term, usually two to four years.

The next exception would be cars that are considered more “special” like the aforementioned Mustangs sitting in the showroom. Certain cars that command a more selective consumer base, and often a larger price tag, have a longer shelf life than the other more common cars. Dealers are in no hurry to sell these vehicles because they can only stock a certain number of them at any time. 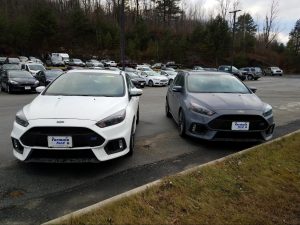 “If you wanted to stock 10 RS’s you simply can’t get the allocation from the manufacturer,” Todd says. “They have a finite amount of allocation for these specialty vehicles and those are immediately doled out, as fairly as they can.”

As a result, these “specialty vehicles” will often be less heavily incentivised. Don’t wait around for any Christmas specials on the next Ford Raptor.

Every single car, truck, and SUV that you have ever seen at a car dealership has likely sold. There is no magic way that dealers can get rid of them; they have to use clever marketing tactics to ensure that they find a home. Next time you are looking for a new car, ask the salesman to show you the aged inventory and see if there’s anything that looks nice. Then ask what deals the dealership can offer you on that car. Chances are, they will be as eager to get rid of it as you are to buy it.