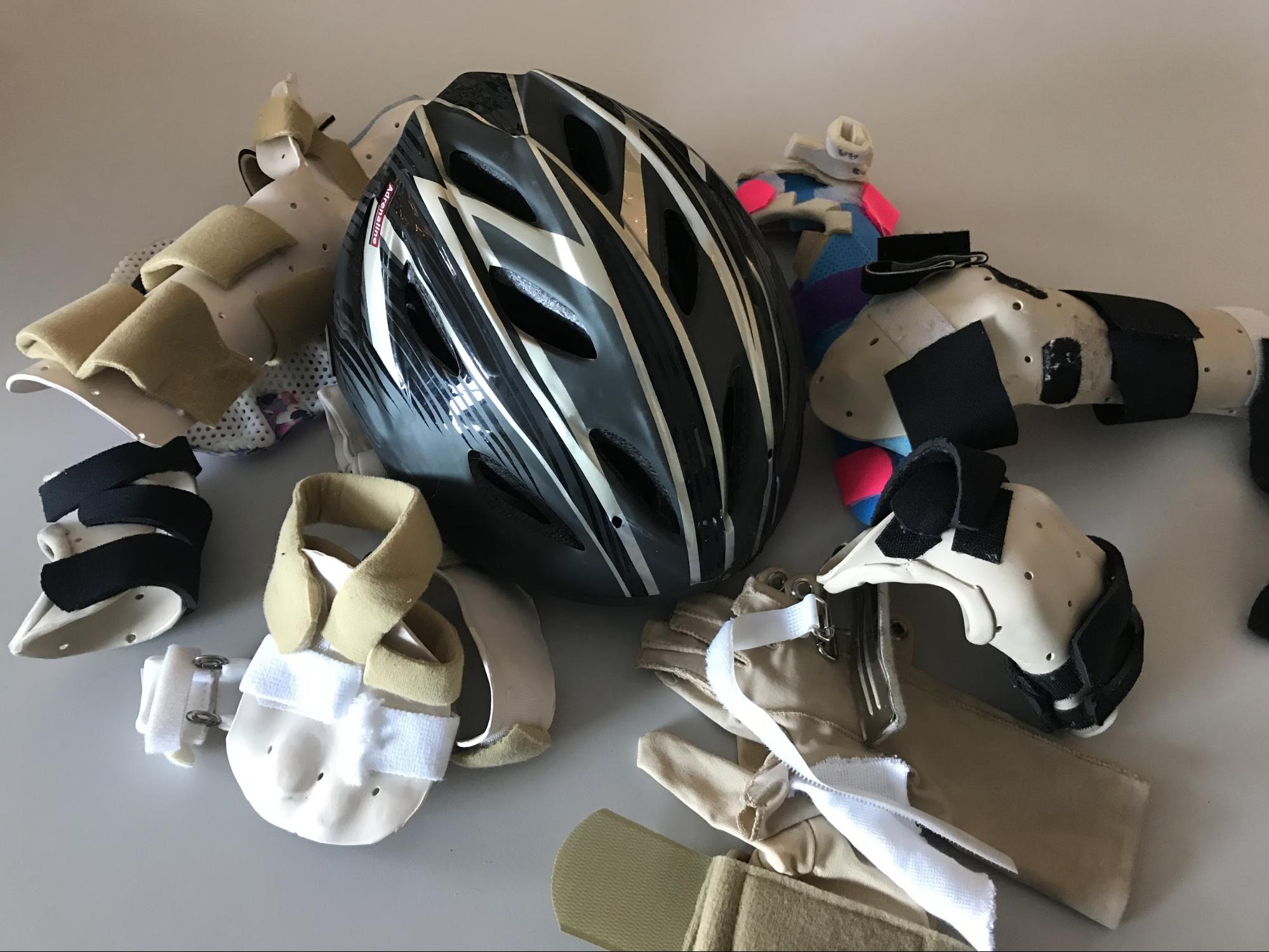 “Bonnie L. Gadapee is a 50 y.o. female who was seen today for follow-up after the above procedure.” The medical report said in the Impression section on the bottom of the page. “During her last visit with Dr. Nigriny, the conversation included the possibility of amputating the long finger. She is leaning towards amputation.”

On August 24th, 2014, Bonnie Gadapee was hit by a car and was rushed to the emergency room for operation. She was left with a concussion, bruised hip, road rash and of course her injured and disfigured hand. Then, in early 2017, after the tiresome process of surgery after surgery, she went through with amputating her her left middle finger.

On the day of the surgery, Bonnie was scrubbing her damaged hand with a special solution given to her the day before in her hospital room, prepping for surgery.

“It was scheduled for June 27 [2017], which was the soonest I could get it removed once school was out. Which was what I wanted because I wanted to do the surgery and get it over with in hopes that I would get to enjoy some of the summer time.”

The procedure worked like this: Bonnie’s middle finger, the one that was found inside her hand after the accident and never really recovered, was removed along with the bone inside her palm. Flesh is removed, bones are shifted and a metal plate going along the spine of her index finger, keeps the flesh and bones together, fusing overtime. 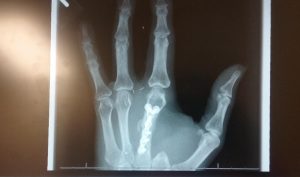 “I was actually, I don’t think excited was the word, but anxious to get it over with so I could move on with life and the activities I usually do.” She said.

Bonnie’s hand needed to heal for a little under a year and a half. 70% of her hand actually healed in three months after her last surgery while the 30% would take up to a year.

“I was questioning whether I made the right decision or not,” Bonnie said. “Because it was summer time, I couldn’t do anything that I normally do. Everything stopped for me so it made me question if it was worth doing.”

Bonnie actually broke the metal plate and her finger six weeks after the surgery in June, and said that the doctors made it very clear that there was not a whole lot more they could do for her hand afterwards. 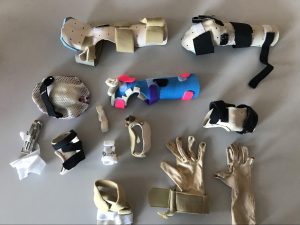 In terms of medical stuff still needing to be dealt with, her hand is in constant surveillance, as if her plate breaks again she’ll be left with only two finger and a thumb.

Her hip, the unknown injury at the time of her accident, is now arthritic, and will only get worse as time goes one. She no longer runs, saying the impact of running puts stress on her bones, though she is still fine with riding a bike.

Bonnie is surprised when other people are surprised by her story. She thought that everyone knew, but she also knows how big the school is and how some people may think it is rude to talk about it.

“I kind of like seeing people’s reaction when they noticed, strangers who don’t know and they see my hand, it’s very interesting to see their reactions.” Bonnie said. “Some of them are surprised,” She then started laughing. “And others are ‘Oh that’s rude I can’t say anything about it’ like that. And others look at and look at it, totally stone faced.” 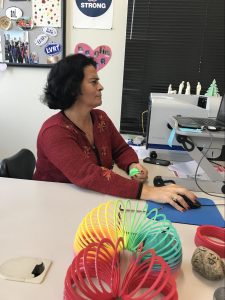 Bonnie’s anxious to finally put all of this behind her, to end it. It’s been a long haul for her and the people closest to her. She made the point that this story, her story, is about a distracted driver making a mistake.

“When you’re driving, your only job when driving is to drive. And that’s all you should be focused on.”

“Sometimes I get really bummed,” Bonnie said, squeezing putty in her scarred fingers.

“Because I feel like this should never have happened. It was an accident. Somebody wasn’t doing what they were supposed to do and I’ll pay for the rest of my life for that. That makes me angry sometimes and sad, but I don’t try and dwell on it because it’s not going to change anything.”

She placed the green putty on her desk and smiled. “This is what I have, it’s how it’s going to be, and I’m not going to let it stop me. Thinking of what I’ve been through and how I am now I’m still very happy to be alive. Way better than the consequence.”