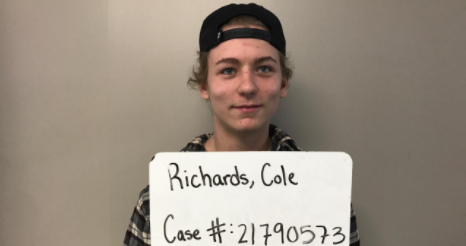 Editors’ Note: The cases described in this piece contain details from the students interviewed and have not been corroborated by other sources.

Last month a crowd gathered in the atrium, recording on their iPhones as two girls fought, pulling each other’s hair. Administrators pulled the two students apart. This happened again in November.

The same week two students carried hemp leaves around the school, catching the attention of teachers, and were sent home.

The students who brought in hemp were suspended for two days, while the girls who fought were given an in-school LOFT.

As U-32 moves towards restorative practice, a suspension is still used for certain violations including drugs and alcohol, bullying and harassment, and weapons.  Last school year, there were twenty-seven suspensions resulting from these violations.

Each of these violations was a different story.  A look at three recent suspensions helps to define our current policy, and raises questions about its effectiveness. 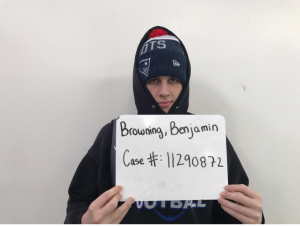 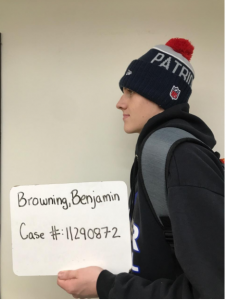 U-32’s administration follows state guidelines when dealing with bullying and harassment cases. Students are supposed to report anything they see or hear to the administration that could be defined as bullying or harassment.

“It gets turned over and we have five days to investigate,” Jody Emerson said. “That means to collect any evidence we can find, talk to any students who may have witnessed or been involved and try to decide what happened.”

Anything online that is shared with administration can be used as evidence.

Ben Browning got an in-school suspension when a group chat he was in was reported to administration. Browning and his friends texted in this group chat in and outside of school.

“We would have these little roast sessions or little fights. We would say nasty things to each other,” Browning said. “Sometimes it was racial, sometimes it was against religion. We have all been friends for a while, so none of us were hurt by it.”

One person in the chat was uncomfortable by the topics discussed and reported it to the administration.

“They went through all of our phones. They printed out every single message that we typed and laid it out on the table.”

The group got in trouble for bullying and harassment against each other. However, they did not all receive the same punishment.

“The people who got the worst punishment were the ones who had most recently sent something to the chat,” he said. “Everyone in the chat said bad things.”

Some of the parents got involved, getting a few in the chat out of trouble. The parents’ argument was that it wasn’t right for administration to go through the students’ phones.

Only two of the boys received in-school suspension.

“There was a large amount of people involved-  at least seven. It seemed unfair that only a couple of us got an in-school suspension,” Browning said. “It would have been better to bring us all together and try to understand why we had the group chat instead of avoiding the problem.”

Does suspension teach a student right from wrong? 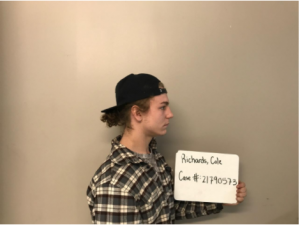 “When I went to school, we still had corporal punishment. You could still be paddled.”

Students must be suspended when they are caught selling drugs on campus, being in school while under the influence, and bringing weapons in. For other offenses including any form of bullying, harassment and or fighting, punishment is based on the circumstances of the situation.

“We are more progressive about our discipline policy,” Dellinger-Pate said. “My philosophy is that I want students in school as much as possible. Suspensions and expulsions go against that.”

Dellinger-Pate often works with parents to think of something suspended students can do outside of school that would be beneficial.

“Sometimes kids try to do things to be thrown out of class. They think: ‘Oh, I’d rather spend my day playing Xbox,’” Dellinger-Pate said. “Maybe there was someone in the community that they could work with during the day as opposed to sitting at home.”

Last year Cody Lemieux left school in his truck with two of his friends. They drove to Party Road where they smoked marijuana.

According to Lemieux, the administration overheard a conversation about this and checked the tapes to see if they had left the parking lot. Searching his car, they found more marijuana.

“I definitely won’t be bringing weed to school again,” he said, “I was suspended for three days and because of taking kids off of school grounds lost parking privileges for thirty days.”

“Suspension definitely smartened me up, so I think it was beneficial.”

Expulsion: What are the consequences?

The administration must follow procedure by giving out suspensions if someone is under the influence or has drugs or alcohol in their possession.

“Third occurrence or selling goes to the board,” Jody Emerson said.

These occurrences count for a student’s entire time at U-32.

“The assumption is that if you’ve been caught more than once maybe you have a problem,” Emerson said. “If you’re selling, we have a problem.”

“I brought a large amount of marijuana on school property,” Cole Richards said about the day he was suspended.

Richards came into school leaving a drawstring bag full of marijuana near a pole under a camera in the atrium. When he came back at the end of the day, the bag was gone. He had been told by peers that the atrium had smelt like marijuana all day and that administration had been taking bags in the atrium to search.

“My bag was missing,” he said. “I walked out the door [trying to leave the school] because I knew it had been confiscated.”

“If you are going to do that, don’t do it at school because it’s the wrong thing to do. However, I think suspending me set me back,” Richards said. “I value my education. Taking me out of school set me back and made me miss a bunch of classes. It’s making it hard for me to graduate by the end of my senior year.”

Richards wishes he could have fulfilled his punishment in a way that wouldn’t have taken him out of school long-term:

“I even offered to be searched every day if they let me back in.”