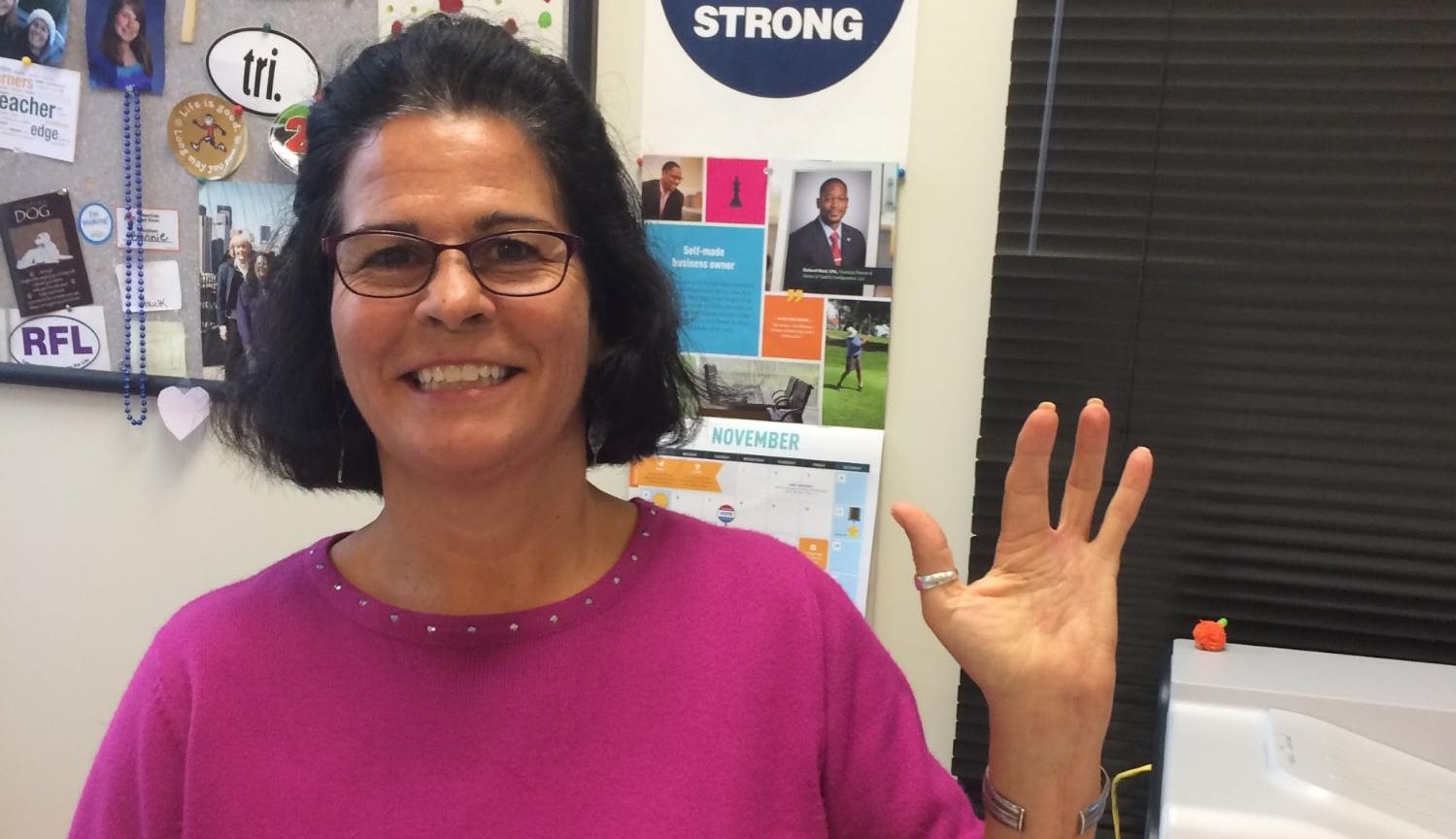 Three years ago, Bonnie Gadapee, a business teacher at U-32, was hit by a car while riding down Route Two in Concord, VT. Her left side was injured severely and after forty minutes of lying on the asphalt road, she was driven to the emergency room to begin surgery.

It was the day before school began, August 2014.

It took more than three hours for the ambulance to get Bonnie to Dartmouth. They tried to get a helicopter to fly her down, but none were available.

Bonnie’s injuries consisted of a serious concussion and a hip with fussed ligaments, muscle, and bone. She had bruising that only became visible after the third day in the hospital, the deepest purples one could imagine with road rash on her arms to boot.

Yet the crisis of the incident, her mangled hand, was still at large.

“They told me that I would never have my hand back 100%.” Bonnie said. When her hand went through the passenger mirror and window, pieces of her hand like skin, bone and cartilage, were lost or shredded beyond repair.

She entered surgery at 11:00 PM, and for more than five and a half hours. Her friends, brothers, sisters, step family and daughter came and waited in the emergency room.

Every day afterwards, one member of her family would come and stay there, morning till night. “My daughter helped, being there at night time, but she was fifteen and just started her sophomore year.” Bonnie said. “This was the day before school started so it was a really bad time of year.”

Due to her disabled hand and drug-induced state and the pain, Bonnie couldn’t drive for more than three weeks after leaving the hospital. Her family drove her around town to get medication and food.

It was the beginning of a long, three year road to recovery.

“I did chiropractic,” Bonnie said. “Physical therapy, massages was what worked the best. I did needling, which is kind of like acupuncture, except instead of going for the pressure point, they go to the muscle that’s bound up.”

A year passed. The driver who hit her was charged with Careless Negligence, resulting in Gross and Bodily Injury and $1,000 fine, or up to a year in prison.

“I don’t know what she actually got.” Bonnie said. “I know she didn’t go to jail…We live twenty miles from each other, so I think someone in the community would have told me.”

For Bonnie, her recovery continued. She went through three more surgeries over the years, each an attempt to restore her hand and make it useful again.

Yet none of the operations really worked out in her favor.

In fact, after the third surgery, her hand got worst. She struggled keeping her fingers straight. They could bend very little. Her knuckle, that had been retrieved from the scene, had to be reshaped and became arthritic. Her palm had a stiffness to it that was always, always there.

Her hand was always in pain and it was only getting worse.

There were other options, such as an artificial knuckle or extending her tendons in her fingers. However, they all involved surgery, and she knew that there would be more than one. After surgery was more therapy. It would just be time consuming. She had stopped counting after passing $500,000 in surgery costs. Thankfully, her insurance covered it. 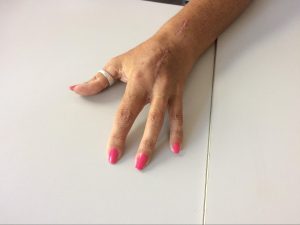 She never thought of amputation. During her yearly check up, her surgeon told her about the option. This was last October, 2016, and she thought about the option until finally agreeing to it in February, 2017. Her finger was removed in late June.

In the last part of this story, we’ll follow Bonnie through her surgery and her new life with nine fingers. 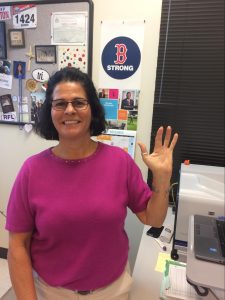