The woman bends down in front of the tobacco display and picks up a Vuse e-cigarette.

“Do you think this will work?” she asks, smacking her gum as she opens the container and and exposes the liquid filled vial inside.

She takes the 20 dollar bill without asking for identification.

“I don’t know why we can’t smoke these at work” she says, counting the change. “They’re smokeless and don’t smell.”

Outside, Mike Welsh, an investigator for the Department of Liquor Control, hangs his head from the passenger seat of the cruiser when he sees the package. 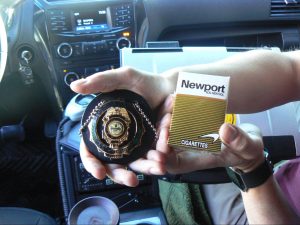 Andy Thibault, a veteran investigator, comes out of the store after witnessing the sale to take photos and put it in an evidence bag, filling out paperwork while the manager frantically calls her boss.

The Minor Tobacco Purchase Program, which is part of the Department of Liquor Control, sends minors into stores to check if those stores are compliant with the law. A minor in the program, known as a ‘sting’, will attempt to buy a wide array of tobacco products with their valid ID. They can not lie.

If they are turned away, the store has passed the compliance check.

Investigators with the Department of Liquor Control tackle more than tobacco sales. As full time police officers, they enforce the sale of alcohol as well as the licensing and distribution of both.

“We deal with more regulations than laws,” Thibeault says.

The investigators are always trying to make the checks as “real life” as possible. They take everything into consideration to avoid entrapment complaints. The minor almost always looks young for their age and must take a photo before work as evidence of how they looked that day.

Thibault has been working for the Department of Liquor Control for 17 years. When he first started, the compliance check system had only been in place for four years. 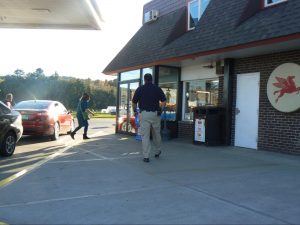 “I believe the system has been pretty much the same since ‘96,” Thibeault says.

He explained that the only real difference he’s seen is that when he started, clerks or servers would get arrested if caught selling alcohol to someone underage. Now they get a $100 fine, the same as tobacco violations.

“That seemed to calm people down quite a lot,” Thibeault says.

The state wanted the checks to be seen as more of a learning opportunity.

Most store owners accept the checks as part of having a license to sell, and clerks sometimes laugh and joke about passing a ‘sting’.

“A lot of the major corporations are doing their own compliance checks” Thibeault says. ”The clerks pretty much know that it’s going to happen”

“Are we stopping all tobacco use from people who are underage? No we’re not.” Thibault says. “Are we deterring it from being obtained from a licensed establishment? Absolutely.” 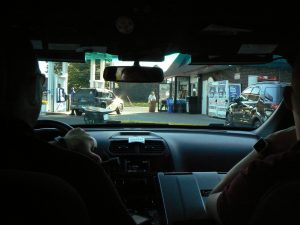