Here’s a recap of the 2017 fall sports season for U-32, as well as an outlook for the upcoming playoffs.

Next Game: At home vs. Middlebury, 3:30pm Tuesday

The 2017 field hockey season was a rough one for U-32 in terms of wins and losses. After graduating 10 seniors, there were only 5 returning varsity players.

“A lot of the highlights from this season were about working hard and coming together as a team,” said senior Sam Fielder. “This season was mostly about building.”

This season, the field hockey team played a tough schedule against mostly DI teams. “It was frustrating for returning players, knowing that we could be competitive, but also realizing that our results weren’t great.”

The team is still optimistic moving into the playoffs. “We need to come in positive,” said Fielder. “We’ve seen Middlebury before, so we have more confidence playing them.” 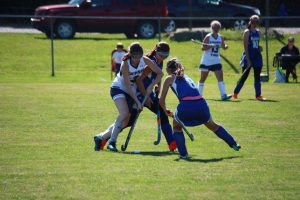 Next game: At Milton, 7pm Friday

After starting out 4-1, the football team faltered down the stretch, losing three straight games to close out the year. According to senior Hayden Roberge, the biggest problem has been “consistency.”

“We play phenomenal against some teams… but struggle against other teams that we’re equal to or better than.”

Roberge also highlighted some high points from the season, including recovering from a 14-12 halftime deficit to win against Spaulding at homecoming and beating Otter Valley, a team that had beat the Raiders in their last three matchups, one of which came in the state championship game.

When asked how he felt about the team’s chances moving forward, Roberge responded with: “Ship run.” 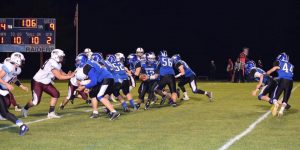 Next Game: At home vs. Springfield,7pm Wednesday

The boy’s soccer team has had a successful 2017 season up to this point, highlighted by a seven game win streak. The regular season was capped off with a tie against Harwood, which senior Harrison Bushnell called one of the harder fought games of the season.

“It was one of our better games. We played really strong for 100 minutes.”

The Harwood game marked a positive change for a team that has at times “struggled coming out strong,” according to Bushnell.

“We have struggled with playing the first half with the same intensity as the second. Against Montpelier, we had to go down before we started playing with enough intensity. In the Harwood game, we played with good intensity for the entire game. We need to keep that up in the playoffs.”

Bushnell is confident as the team moves into the playoffs and beyond. “We have a strong team throughout. We can be comfortable with anyone on the ball, and have a lot of young players, which means that we will be strong in the future.” 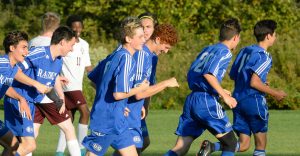 Next Game: At home vs. Springfield, 5pm Wednesday

After graduating a lot of starters from last year’s team, the success that this team has experienced was not entirely expected. “We were surprised with how strong of a team we are,” said senior Ruby Lamb. “We have a lot of really new, young players, but the team works together well.”

However, the team has still had its struggles. “We haven’t won by more than one goal in any of our games. We make every game tight,” said Lamb. “We’ve had troubles finding our rhythm and being composed.”

“The team is optimistic moving forward,” she says. “There are going to be nerves since it’s a new team, but we’re really excited. There’s some pressure with being the three seed, but we still feel like an underdog because Milton and Rice are always so good.”

“We really want to win. This week at practice the team was really focused. It was crazy.” 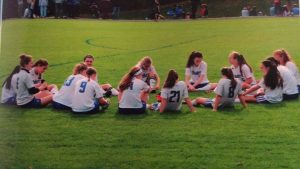 Next Race: At Thetford, 9:30am Saturday

The boy’s cross country has enjoyed a lot of success in their title defense this year. They came in first at the Woods Trail Run at Thetford, the largest invitational in the state, with every school in Vermont present and many others from around New England.

While the year has gone smoothly, there have been some struggles. “Our second, Andrew Crompton, has been injured,” said senior Nathan Smoller. “He’s only been able to finish a couple of races.”

Still, the team is in a good position moving toward the state meet on Saturday. “We’re feeling good,” said Smoller. “We want to win overall, not just DII.” 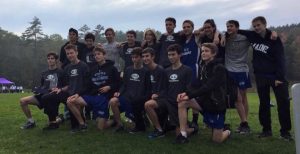 Next Race: At Thetford, 9:30am Saturday

When talking about the season, freshman May Lamb talked about “community.” They have a young team, but have stayed competitive.

“We’ve been top five a lot,” said Lamb. “The Manchester meet was a lot of fun. It was huge, and the course was good.”

The team has had to overcome some adversity when dealing with injuries. “Myself, and two others were out a lot and couldn’t participate, which hurt them.”

Still, Lamb is confident that the team will be competitive at states. “We’re starting to get people back from injuries. We’re hoping to be close to teams like Harwood and Middlebury.”

Future playoff game locations and times can be found on the school calendar or on the VPA website.