The Backpack Rule: Why? 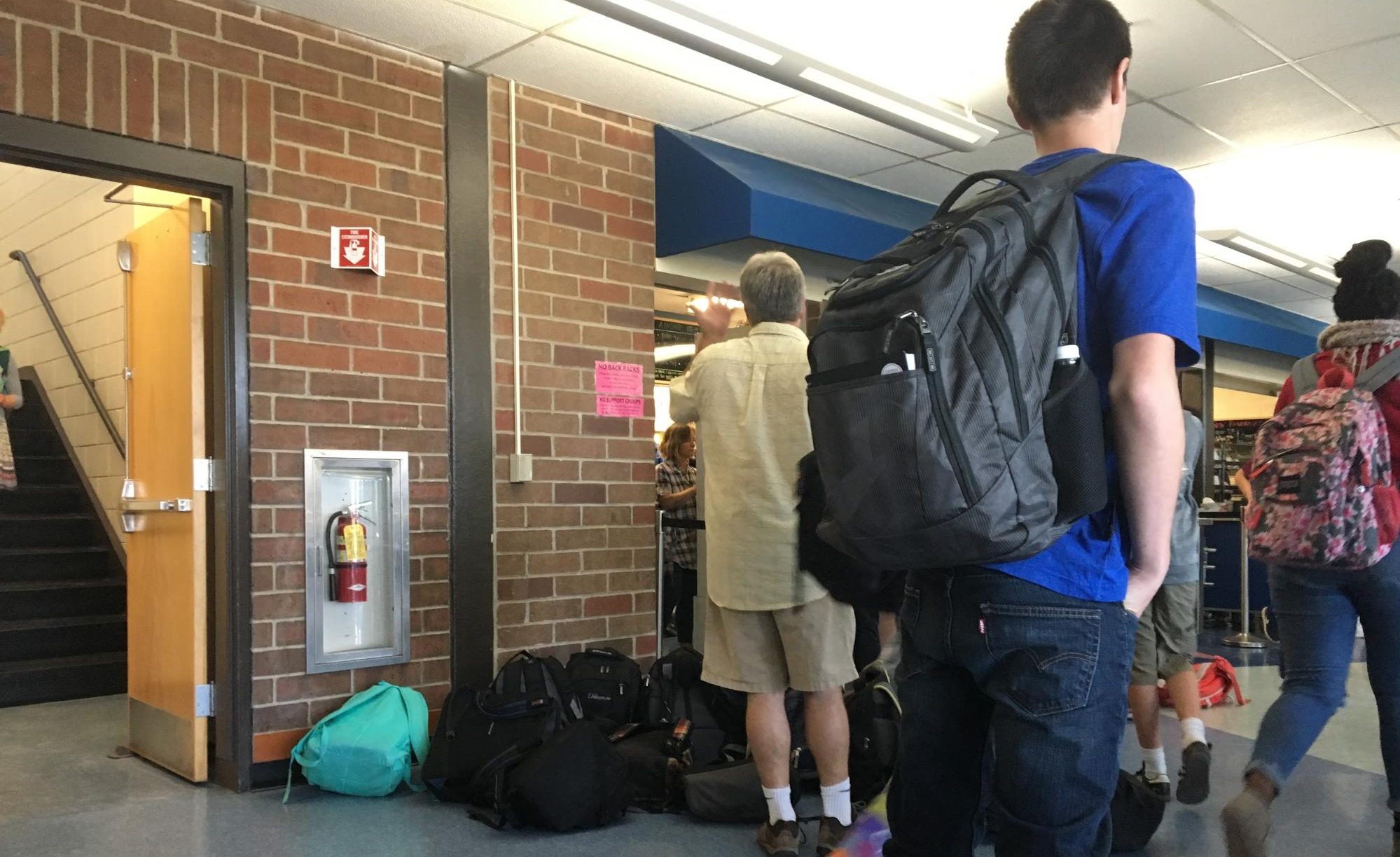 It’s 10:53. Students are rushing to the lunch line to beat the crowds.  One student is going for a pizza slice, but before he makes it, he gets stopped. His backpack is on.

This year’s big change in the cafeteria is the backpack rule. You may not have your backpack on or with you through the lunch line. 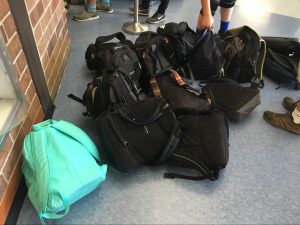 Now, at the end of the line sits a large pile of various student’s backpacks.

Some resent the inconvenience.

“You have your tray, full of food, and you have to lean down and pick your bag up with one hand,” Thronson says. “Then your tray could just flip.”

“They should either have someone watching [the bags], or they should allow us to bring them in,” says senior Blaine Culver.

Most students seem to think the rule is to prevent stealing.

“Personally I’ve never seen anything stolen in the lunch line, and I don’t think it’s that big of a problem,” he says. “I know of people in my friend group who have, they would either use a sweatshirt pocket or just regular pockets.”

“It’s a higher risk for a backpack to get taken than for a burrito to get taken,” he says.

“There’s two reasons we leave those backpacks out like that,” says U-32’s lunch staff Vicki Cook. “One is stealing, and the other is they take up a bunch of room behind the kids.”

U-32 Food Director Brian Fischer, the man who made the rule, gave his reasoning.

“It actually isn’t regarding theft,” he says. “[The backpacks] make the lunch line look longer than it really is, which deters students from wanting to even get lunch.”

Since the change, the lunchroom has seen an increase in lunches by about 30 lunches on average a day.

“If you’re coming in for breakfast there’s never a line so I don’t care,” he says. “If you’re coming in the middle of class or in between classes, I don’t really care. You can go in the out for all I care. If there’s no traffic it’s not a big deal. During the lunch bands there’s just too much for that.”

But while Brian may see the rule as useful, students are not convinced.

“It does not prevent stealing,” says junior Taylor Fair, “it just makes it harder for everyone,” 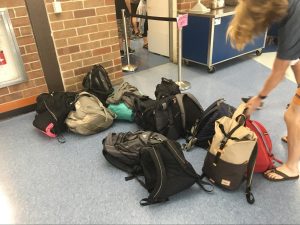