Trading Players with Twinfield: Is It Fair? 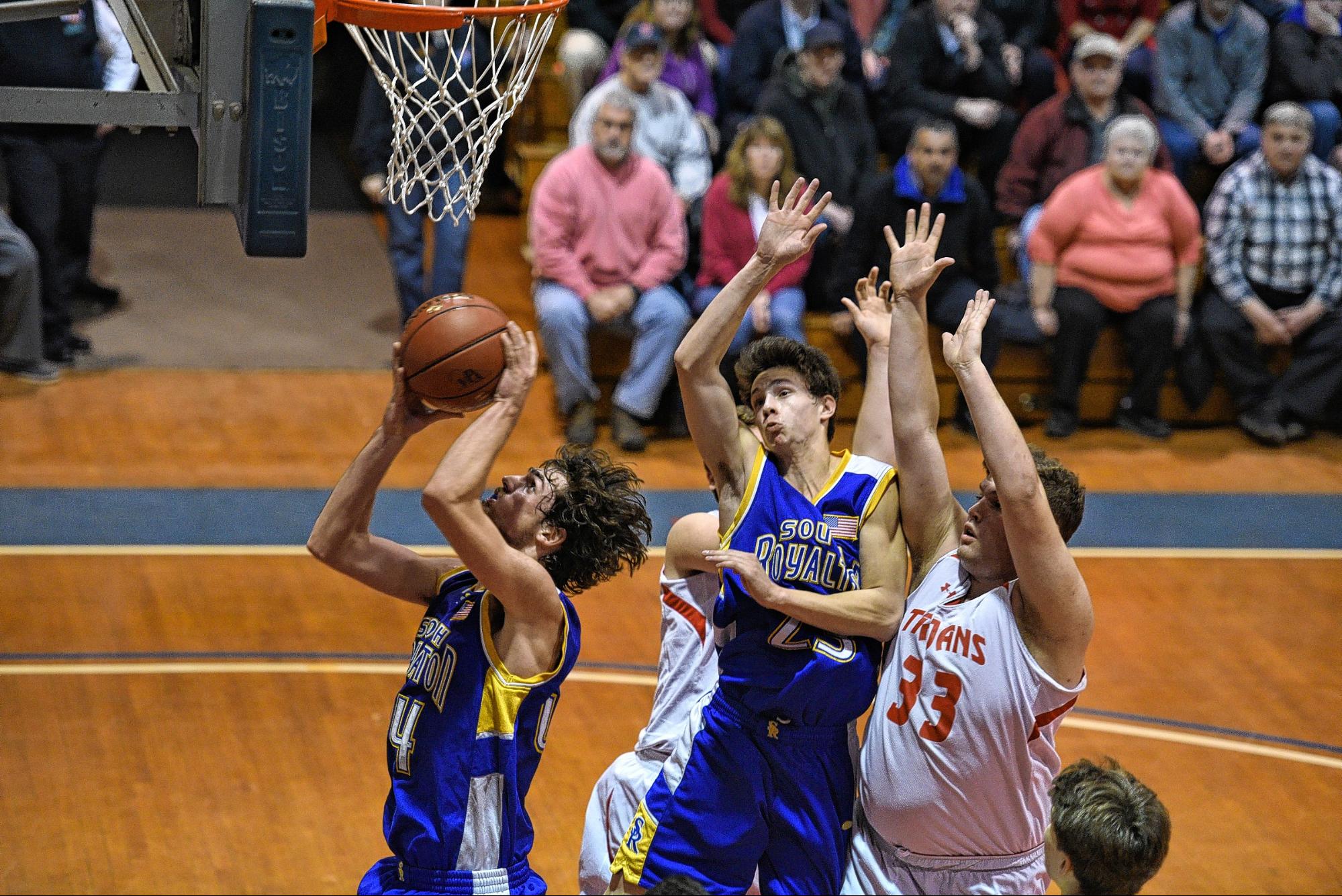 In 2014, the Raiders were the D-2 Boys Basketball Runners up, carried by 3 Seniors who transferred from Northfield. Ryan Booth, Brad Medow and Chris Collins provided the majority of the Raiders’ points, rebounds and assists; these three players drove the success of the program that year.

However, in the past couple years, U-32 has been the team to lose players. Two years ago, 3 students from U-32 — Jordan Moore, Kris Utton, and Connor Spencer — from U-32 left to go to Twinfield. The Trojans basketball team has seen a tremendous improvement since the arrival of the U-32 students. In that same year, they got a new basketball coach. Since then, they have been to back to back state championship games and have been consistently on top of Vermont’s division 4 basketball standings.

The fortunes have changed for U-32. The school’s teams have benefited from transfer players in the past, but recently the basketball team has lost students to the lottery. U-32’s programs have enough players for these departures not to have impacted the team’s success, but at Twinfield the transfers have drastically affected the basketball program, raising questions of fairness.

Jordan Moore (#33) attempts to block a shot by South Royalton.

Anthony Golden, a player who has played basketball at Twinfield for four years, had mixed reactions about the move.

“I didn’t blame them for coming over,” Golden said. “It sucked because I was ready to be a starter but then coaches changed and that happened.”

Even though Golden didn’t become a full time starter like he had hoped, he was still optimistic about the team. “I was frustrated with the lack of playing time but I wasn’t frustrated at the three of them.”

Junior Kris Utton is one of the students that left U-32 for Twinfield. “My grades have improved and for sports, it has been more than amazing with being back to back state champ runners up.”

For Utton, the main reason for leaving was basketball related. Utton was discouraged with the basketball program and he transferred to Twinfield by way of the lottery, entering a pool and winning a drawing for a set number of slots at each school. Other students change schools through an exchange with another student. 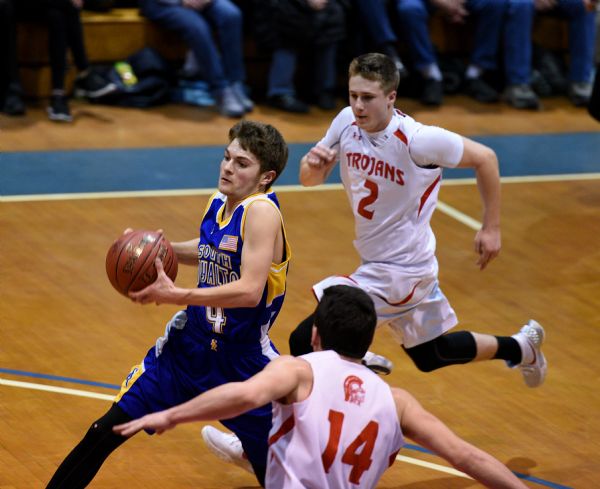 Connor Spencer (#2) goes up to block a shot against South Royalton.

The system that each school uses varies and are based on a contract agreed on by the schools. For Twinfield and U-32, they utilize both systems: lottery and exchange, which together make a limited system of school choice.

When there is free choice between the schools, the school system could see an even bigger difference in the population of schools. Given free choice, students are more adpt to choosing a school like U-32 over Twinfield. If this happens, schools like Twinfield will not get as much money and will need to cut varies classes and programs.

“We get money based on how many students we have. If you don’t have many students, we don’t get much money,” said Twinfield Principle Mark Mooney. “Total choice would mean that we would lose a lot of students.” 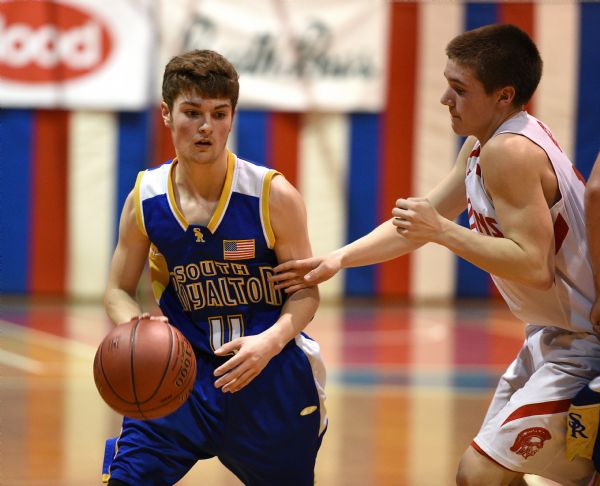 Twinfield doesn’t have the same resources that U-32 has. Schools like Twinfield are at a disadvantage because of the location and size of the school. People in this area are not as wealthy as people in other areas with contributes to the less appealing location. Even though these students picked the rural school, Principal Mooney believes that other students, given the choice, would choose bigger and more suburban schools like U-32 or a Chittenden County school. This isn’t a problem yet, but if we saw an increase in the amount of students transferring schools, many schools would be generating insufficient funds and eventually could struggle to stay open.

The basketball transfers have worked out well for both programs in the short run. The Trojans have reached the Barre Auditorium each of the past two years and the Raiders have two playoff wins, and were the #1 overall seed in D-2 last year.

But after next year, the Twinfield basketball team will have lost the other two transfers and will be adjusting to a year without the former U-32 players. Finally, after three years, the Twinfield players who have been invested in the program since elementary school will be “ready” for a chance to compete for a starting spot.