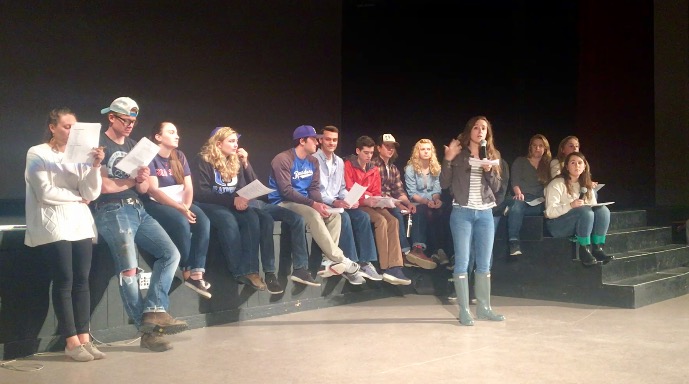 U-32’s Sophomore class arrived in the Auditorium on Tuesday the 12th to find a small group of Seniors gathered at the edge of the stage. The large room was dimly lit; other than a pile of poster paper and a container of markers, the stage was bare. Curious murmurs echoed through the room as the class trickled in.

“We’re genuinely concerned about the future of U-32’s climate,” senior Ellie Stroh began. Stroh and other members of U-32’s Senior class had requested the meeting, which began in the auditorium, after a year of growing tension and conflict amongst many members of the Sophomore class.

In this past school year, the class has become notorious for stories of inappropriate behavior — from vandalism and hateful Instagram accounts, to constant, often ugly drama amongst the class’s friend groups.

A number of Seniors decided to initiate a discussion about how this trend could be reversed. “In high school, you’re role models for our younger students,” Stroh explained. “We aren’t trying to put ourselves on a pedestal. We also understand that no one individual is responsible for this and that not everybody has contributed to these issues.”

The Seniors planned to break the Sophomore class into smaller groups, where a pair of Seniors would guide each group through a process called restorative practice (RP).

“Some of us were involved in an RP circle earlier this year because a couple of issues surfaced.” Senior Emily Richards explains. “It was really helpful to put everything on the table and address issues really openly. We hoped that we could offer the same kind of opportunity to some of the younger students.” 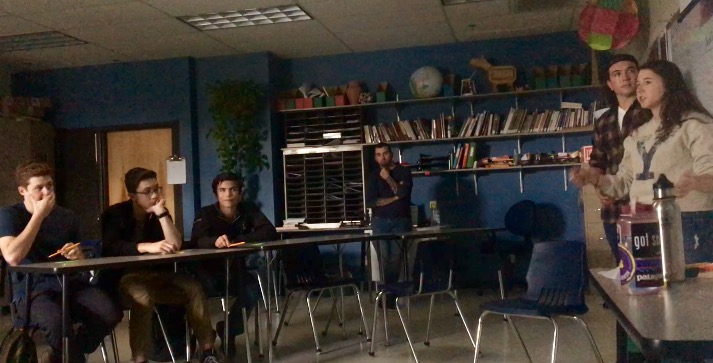 Emily Richards and Mackinley Shaffer run one of the RP circles.

Once they were divided into these small RP groups, Sophomores were first asked to compile a list of things people they knew were being targeted for. One group of boys quickly came up with the following list:

Senior facilitators then directed discussion to specific instances or behaviors which were perceived to be problematic. The Sophomore’s remarks included the following:

“There have been quite a few instances of vandalism,” one student offered, “in the bathroom, for example. Some of these have led to schoolwide problems that we’ve all had to deal with like not being able to have a toaster anymore in the cafeteria.”

“People that are white openly saying the N-word, and thinking that it’s ok.”

“Right now, Holocaust jokes are really popular. People have been making lots of those.”

“People will attack others for how they present themselves — who they are — on social media and in person.”

“People will be making fun of their friends to be funny but it goes too far — too deep and too personal.”

“Slut shaming. You hear a lot of that.”

“There’s a lot of drama and it gets wound up and it creates a lot of really weak friendships. If you look at other grades here you’ll see a lot of really strong friend groups… that’s not as much a thing in our grade.”

After just a few moments, the quiet and seemingly indifferent group had opened up, and once they did, there was no shortage of specific stories. They described how the situation has escalated since freshman year to reach the unfortunate place it is today.

“The students in my group had a lot to say that I hadn’t expected,” Richards said. “I was really surprised by some of the ways social media — especially Snapchat and Instagram — are used to be nasty to each other. It’s kind of crazy to me since a lot of kids in my grade, myself included, didn’t have iPhones until the end of middle school.”

“The standards have been lowered so far in terms of what is tolerable, so what would’ve been clearly too far in, say, middle school, now is just the norm,” one Sophomore said.

“You’ll try to roast someone to up your own image, and then to save their image they’ll roast you back. It’s a horrible cycle that leads to a place that the people wouldn’t have originally considered going,” suggested another.

Jacob Bradley, a Sophomore who took part in the RP discussion appreciated the Senior’s efforts. “I definitely think it was a good thing to do. There’s so much wrong with the kids, the culture among the people.

“I think there is a disproportionate number of boys in our grade who are either not smart or are not invested in school and they end up putting all that energy to being dicks to each other,” he added.

One group of Sophomore boys comes up with a list.

Olivia Peltier, a senior who facilitated one RP meeting said she noticed the girls involved behaved differently from the boys.

“The girls were a lot quieter than the boys,” Peltier said. “They seemed to be less likely to speak out. The girls I noticed would often roll their eyes — you could tell they disagreed but they wouldn’t say anything. But there were some subjects, sexual assault and rape particularly, where they were definitely more vocal.” 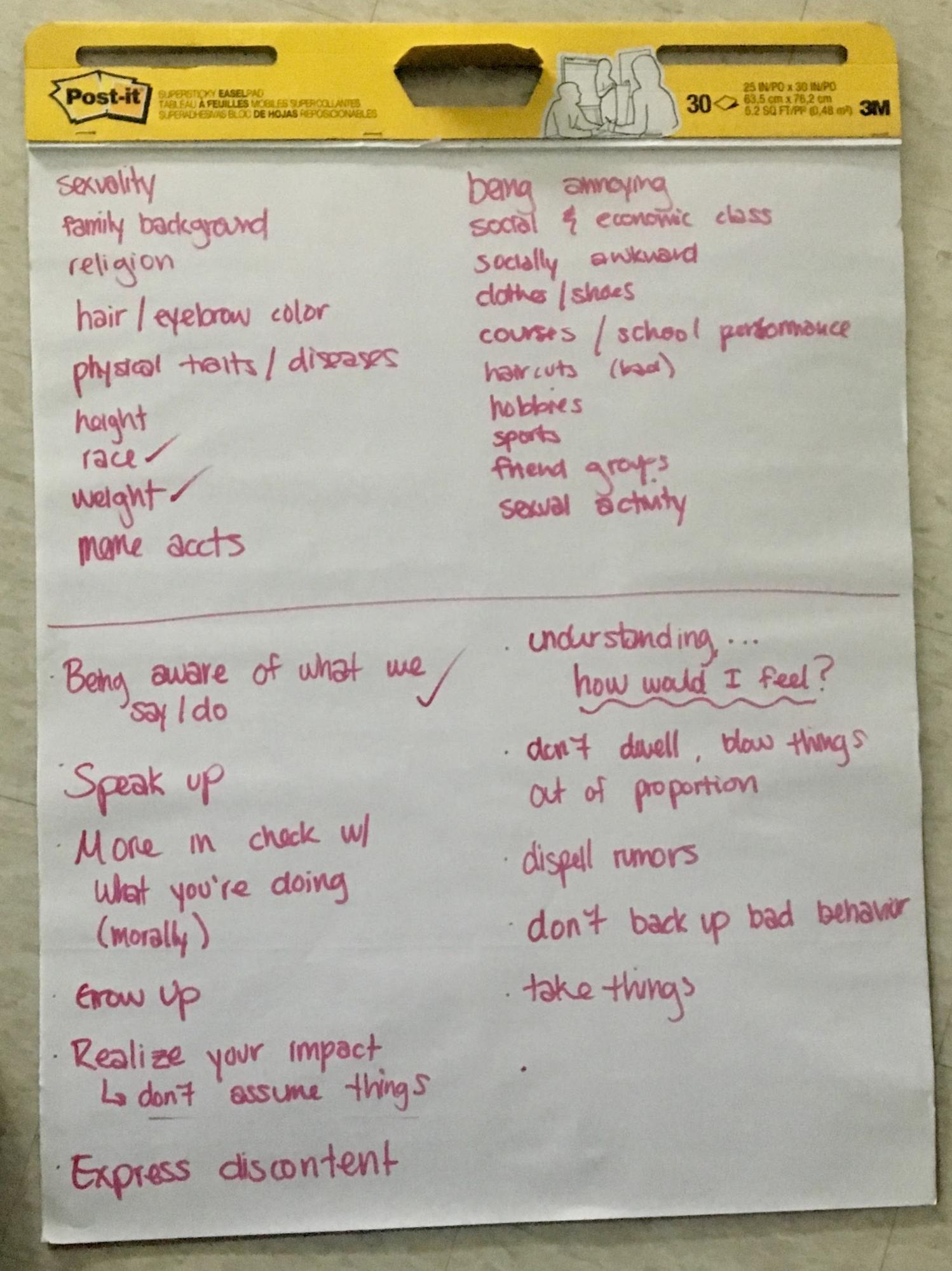 Richards generally felt good about the discussions. “The ‘intervention’ was a really good start to this bigger, ongoing conversation about how to treat people we need to have in our school. I think it did a good job of bringing problems we need to address to light, and I think it got students — and adults — really thinking about how we’re treating each other.”

“It’s not fair for us to say ‘oh the sophomores are causing all these problems in the school’ because that’s not true. There are problems everywhere, but this seemed like a really good place to start. Every grade and social group has different issues, and identifying those issues is a huge step towards solving them. I hope that next year, some other students step up and get this conversation going across the whole school.”