Solar Power in Vermont: Can Everyone Win? 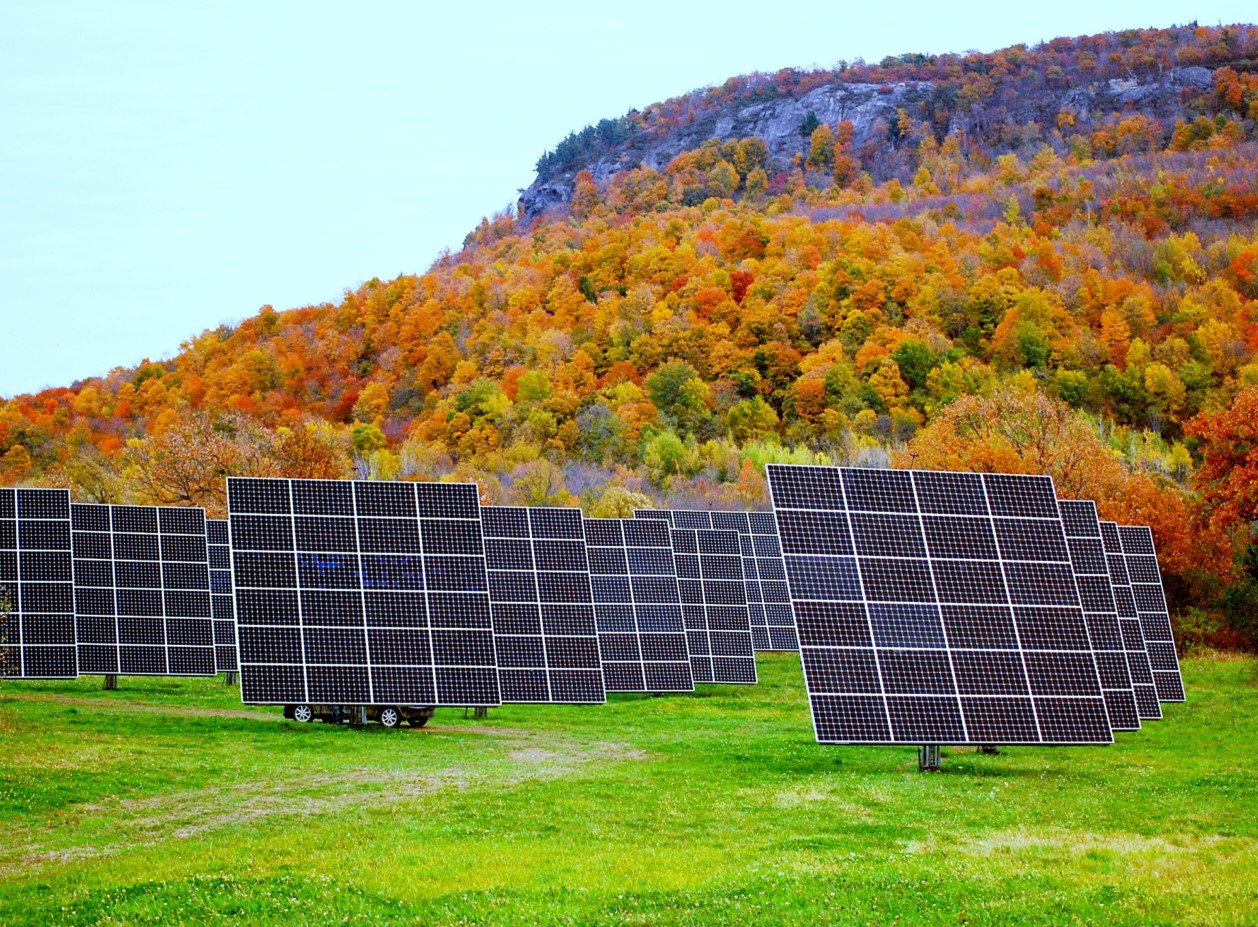 Washington Electric Coop placed their first power pole at the McKnight Farm, on Snow Hill Road in East Montpelier, in 1939.

“You folks don’t know what you’ve started,” a townsperson who witnessed the occasion remarked. “I wouldn’t be surprised if you had a thousand members someday.”

At the start the coop served only 150 farms and homes over 55 miles of power lines, operating through diesel generated power. Today, Washington Electric Coop is owned by its 11,000 members and obtains 100% of its power from renewable sources, including hydro power, solar, and wind.

There is still a power pole at McKnight Farm, now a busy, 200-cow, organic operation, but the electricity is coming from a 99.84 kW array of photovoltaic solar panels.  Seth Gardner, the owner, decided to invest in solar in 2013 when his electric power needs were growing.

Many people with solar in Vermont, including Gardener, take advantage of a system called net metering.

“In the summer I gain on credits, which I bank for the winter when I don’t make so much solar power,” Gardner said. “I have no power bill to pay in the summer, just a small one in the winter.”

Net metering allows Gardner to build credits in the sunnier months so he can offset the costs of power during the darker ones. At the end of each month, any excess kilowatt hours he generates with the solar panels are monetized and recorded as credit for the his next bill.

Vermont’s Comprehensive Energy Plan calls for 90% of the state’s energy needs (electric, heating, and transportation) to be met with renewable resources by 2050, and net metering is an example of the way the state government has incentivised solar power for consumers, both in purchasing the panels and operating them. Since net metering was established in 1997, the government incentives have been incredibly successful. Washington Electric Coop has 250 customers who participate in the program and Green Mountain Power, the state’s largest utility, has around 10,000. GMP’s Public Relations Director, Dorothy Schnure, says, “The growth in the number of customers who are producing some or all of the power used in their households and businesses has exceeded all expectations.”

However, this transition to solar power has shown that economic success for the customers doesn’t necessarily mean sustainability for the grid.  As more and more Vermonters buy into solar power, the utilities face challenges with meeting the state-mandated incentives. Customers, legislators, and utilities have a common goal of reaching a renewable future, but the government’s intervention has brought unintended consequences.

When the Legislature established net metering, the utilities were required to buy back power produced by customers’ renewable projects and to do so at an increased rate per kilowatt hour. According to Bill Powell of Washington Electric Coop, this has meant monetizing their net-metering customers’ excess generation at 22 cents per kilowatt hour. As the number of solar customers grows, the utility can’t necessarily sustain the incentives offered to customers by through net metering.  They have to maintain the infrastructure of their grid, continue to make money, and give a fair deal to the non-net metering customers.

The situation has led to the Public Service Board (an independent board that regulates the siting of electric and natural gas infrastructure) establishing a ‘cap’ on solar expansion, limiting the percentage of the utilities’ load that can be generated from solar. From November 2013, until July 2014, Washington Electric Coop was unable to accept new solar installations.

According to their website, “utilities must allow net metered systems on a first-come, first-served basis to all customers until the cumulative generating capacity of all the net metering systems on its lines equals 15 percent of the company’s peak demand.”

For years, Vermont utilities were required to accept up to 4 percent of their peak loads from net metering projects. However with the recent growth of net metering systems on roofs and in fields, the law was expanded to 15 percent in 2014.

Many utilities across the state have reached that 15% cap, meaning they no longer have to buy renewable energy or offer additional incentives to their customers who net meter. In a way, the more people that buy into solar, the more unsustainable the net metering program becomes, meaning the government needs to continuously adjust the policies. The net metering program is being redesigned in 2017 to match the growth.

Back at Mcknight Farm, the issues of solar aren’t apparent, as Seth Gardner runs a successful dairy operation. All the electricity he requires to make compressors, refrigeration, water pumping, and ventilation systems work are fueled by his solar panels that sit on the fields where his cows graze.