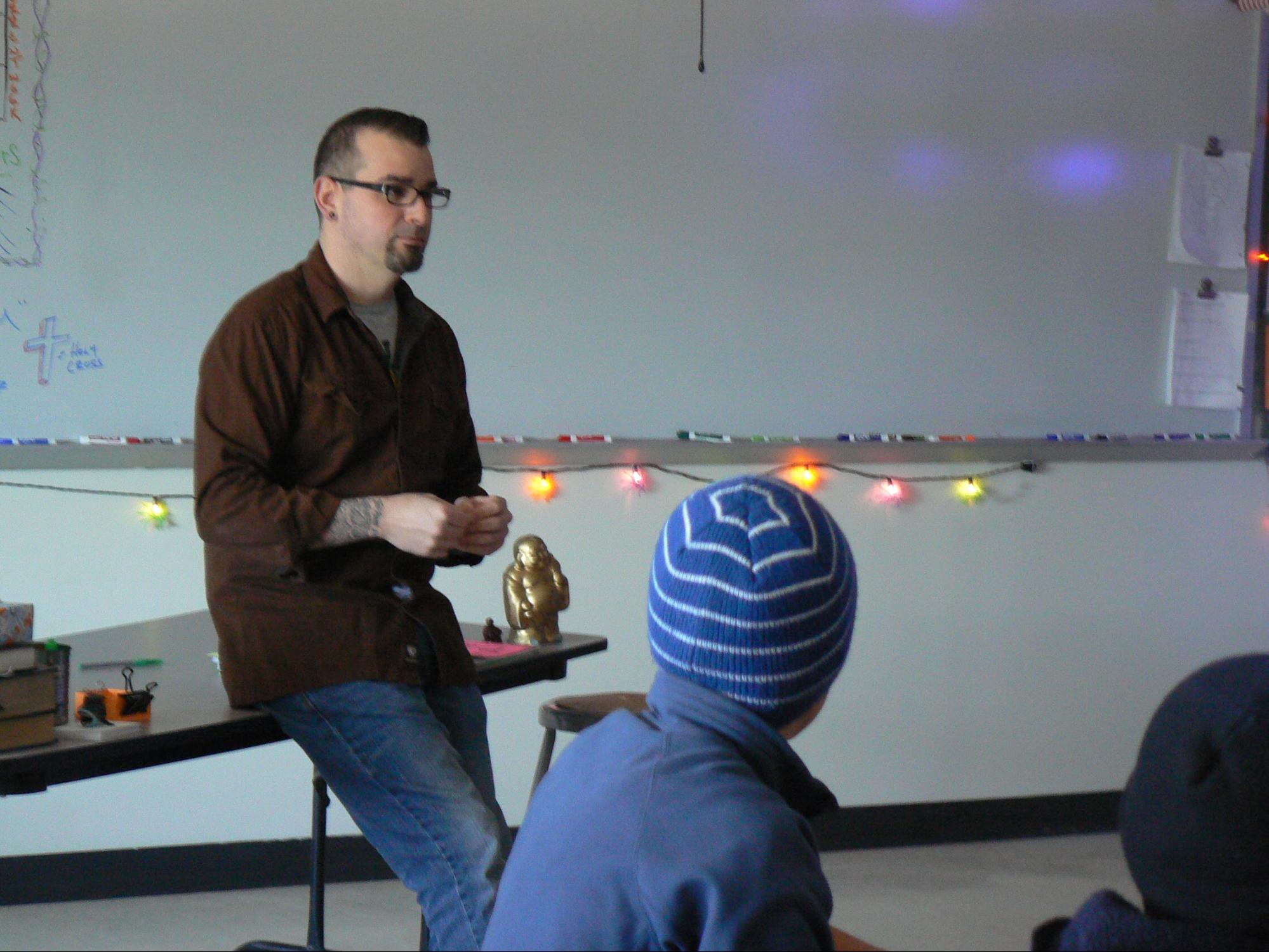 Grant Gunther’s classroom has Christmas lights on the ceiling and playing cards taped to the desks. Just like a deck of cards, he shuffles the desks around to mix up his students.

Grant works as a history teacher, but not many people know he possesses the sleight of hand known as magic. It’s a family skill he learned from his grandfather. 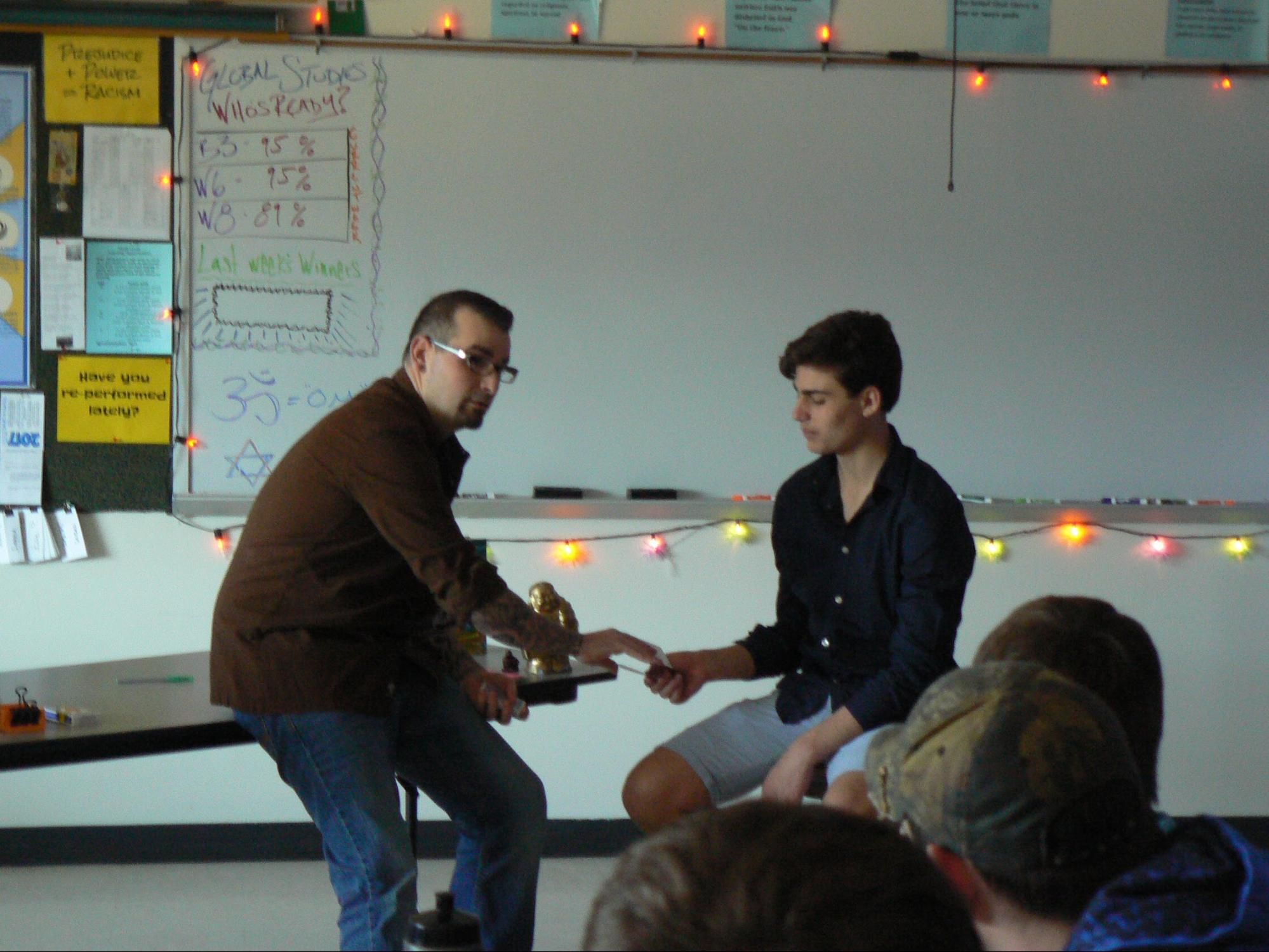 “My grandfather was the one who showed me my very first card trick,” Grant says. “It was a very simple, easy, little trick that just blew me away.”

“He had my face really really close to these cards and made sure I was paying attention, and he blew really hard like right in my face, so I squint and kinda go back,” Grant says. “While I did that, he just switched them.”

Grant’s grandfather was a French Canadian who learned a lot of his English through playing cards with other people.  In the military, he met a man in his platoon who was a card cheat and taught him how to manipulate a deck of cards to make one of the players win.

“Granddad always seem to win a lot. Like, a lot. And I started watching him very closely,” Grant says. “And I think he saw my interest.”

Grant’s grandfather showed him some tricks, and he continued to learn more on his own with videos on the internet.

“It singled me out in a way I appreciated, because I can do things that other people couldn’t do, or didn’t want to take the time to learn.” Grant says. “For me, It almost like when you get a little of a high feeling when you fool somebody and you get away with it.” 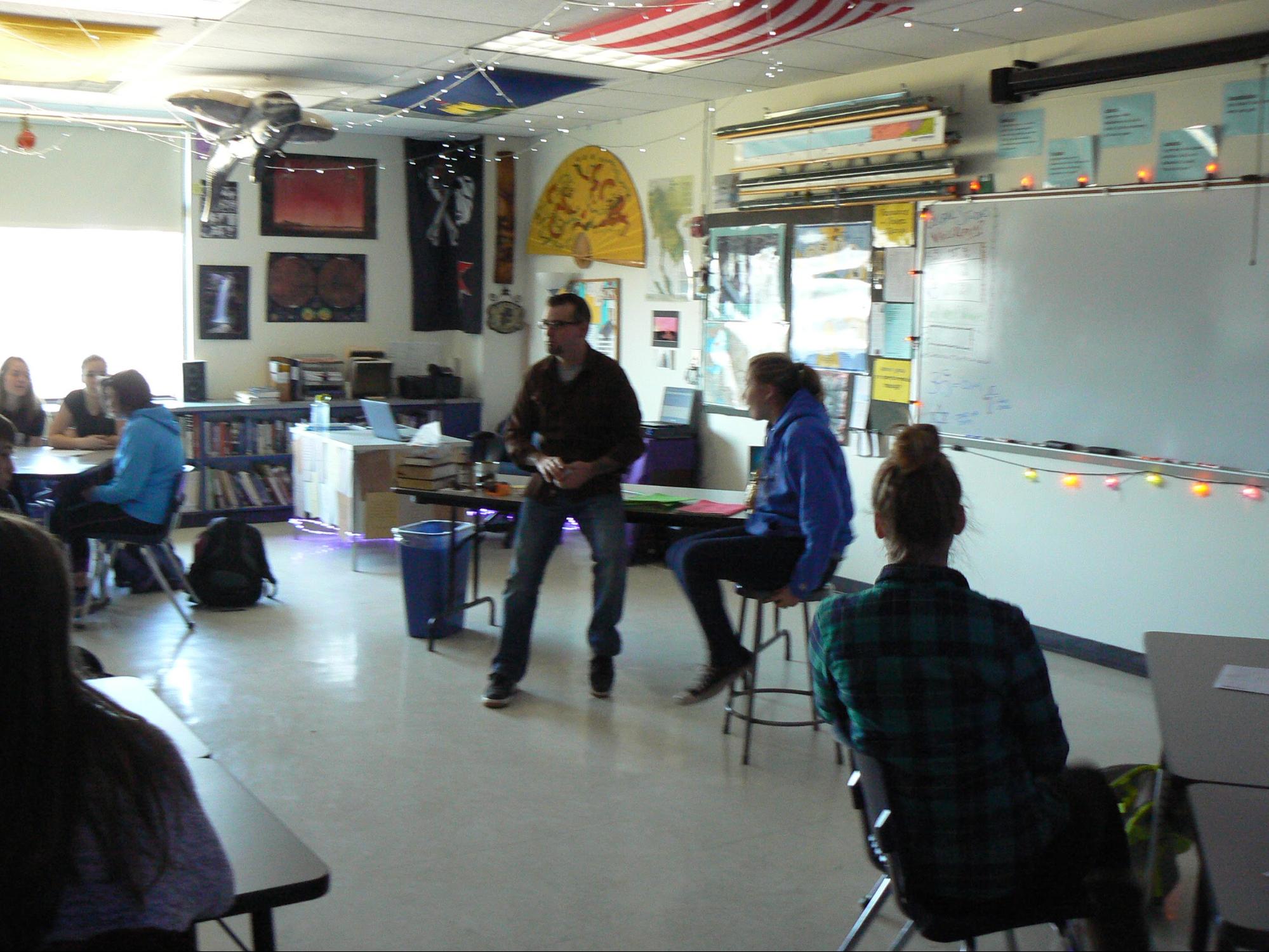 Two Tricks (and how to do one) 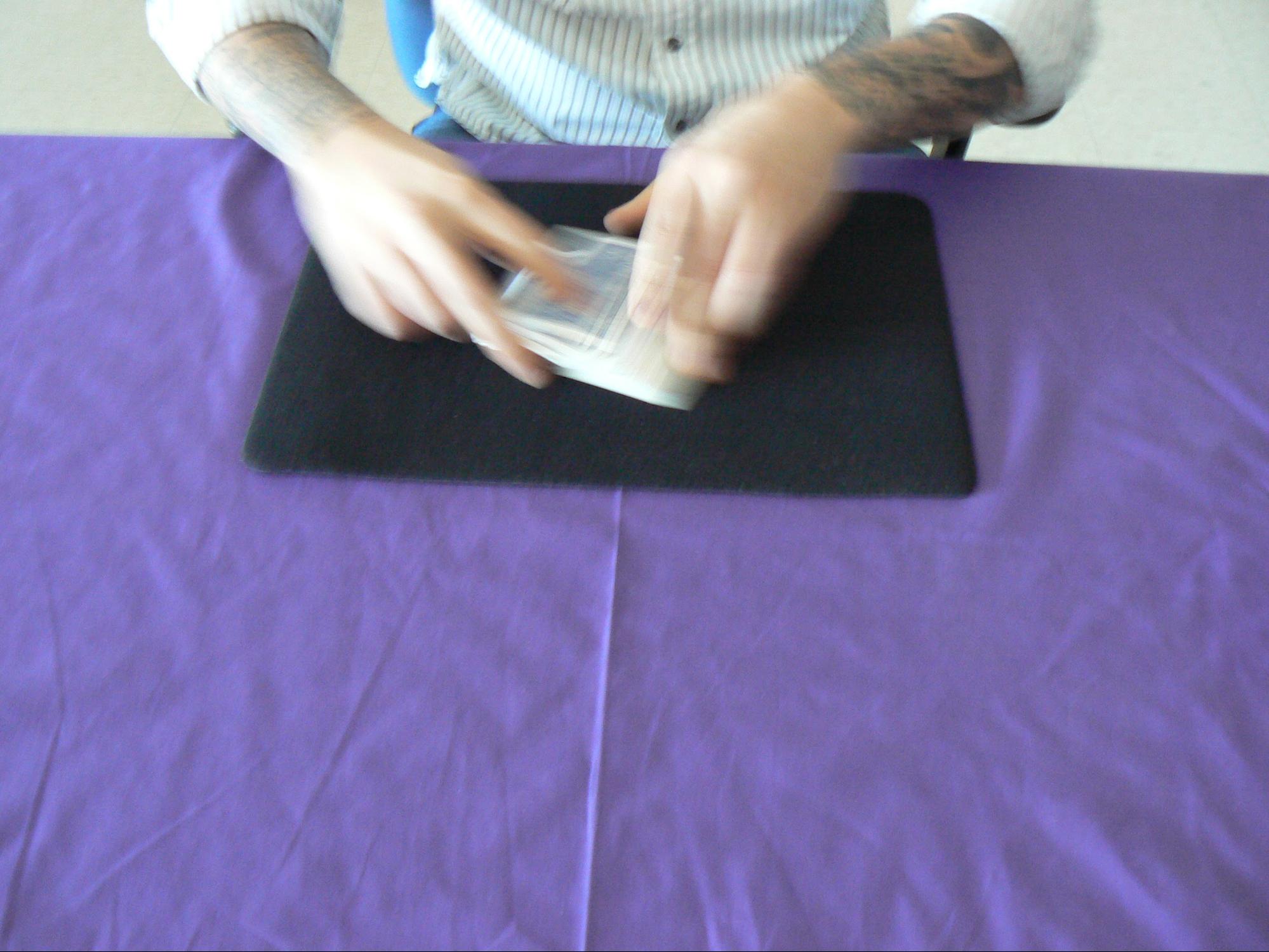 Grant: “For this trick, I’ll just have you name any playing card in the deck. Out loud. Don’t make it an easy one.”

Grant:  “How would you define the word chaos?”

Me: “Random things that are bad, or not helping your situation.” 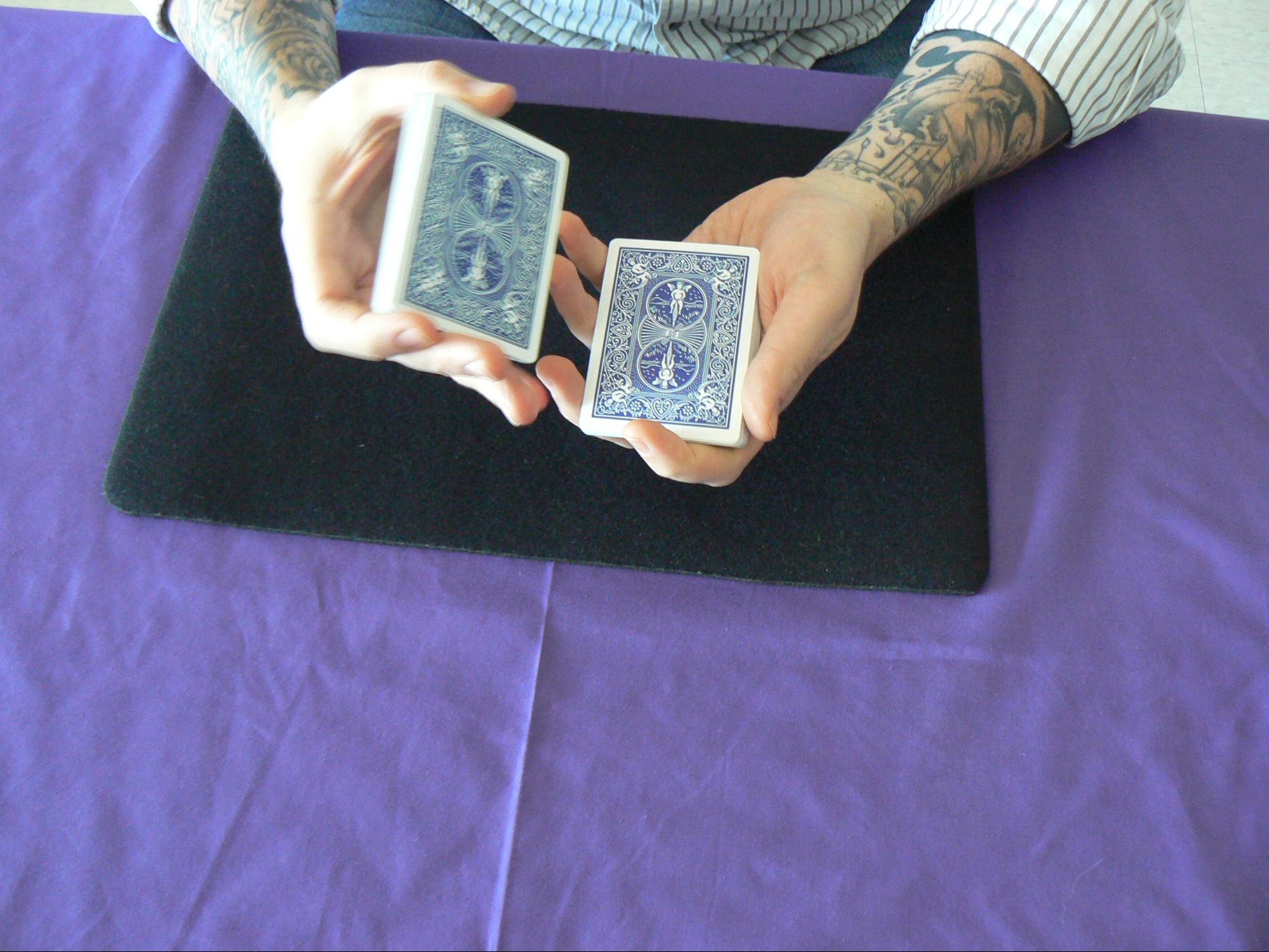 Grant is shuffling the deck as we talk. 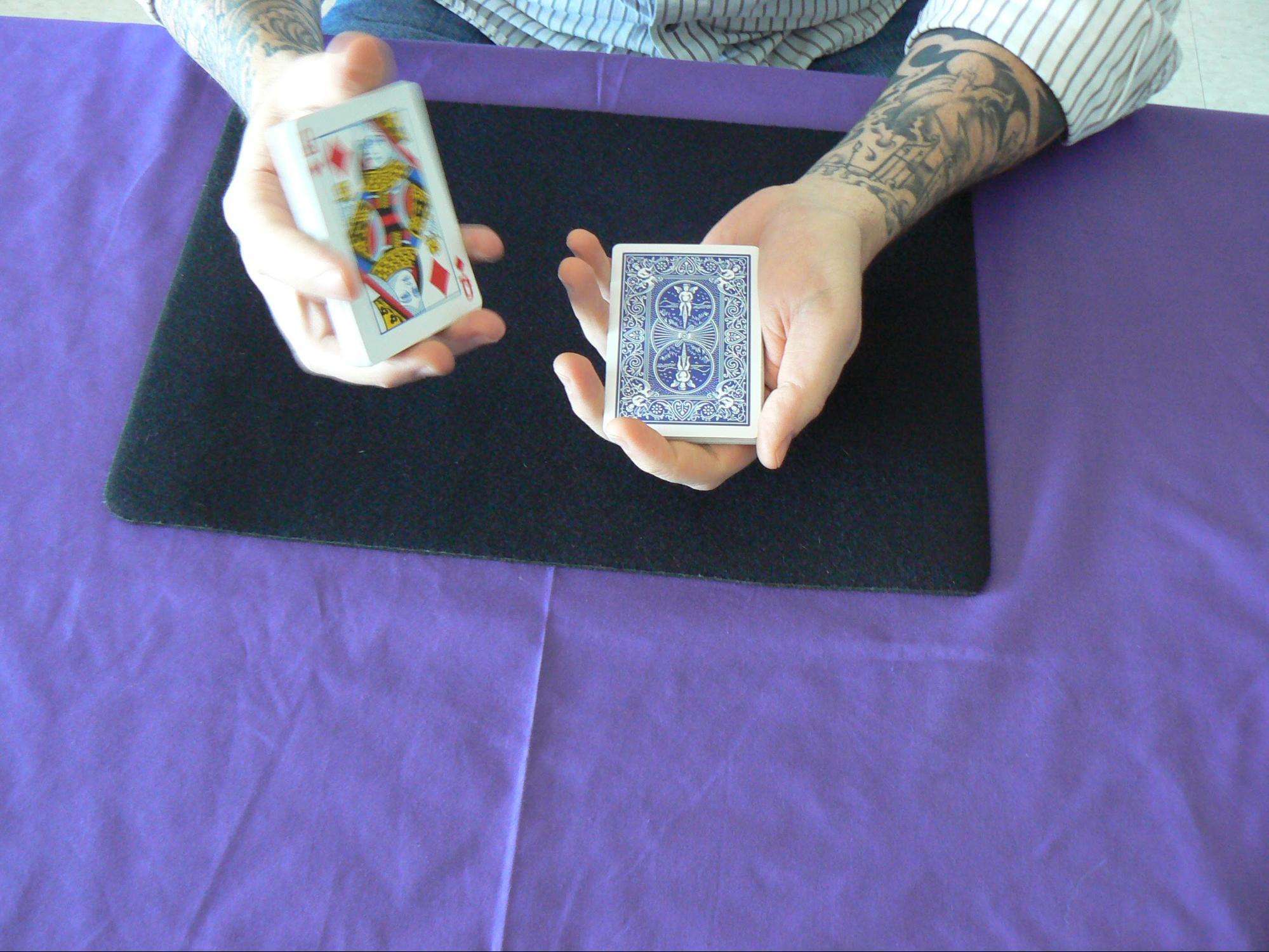 Grant: “What would you say is the opposite of chaos? Would you probably say control?”

Grant: “In magic, that’s exactly what you do. You give the illusion that things are one way when actually they are completely different. In the realm of card magic, it’s all about control. You’re going to see one card.” 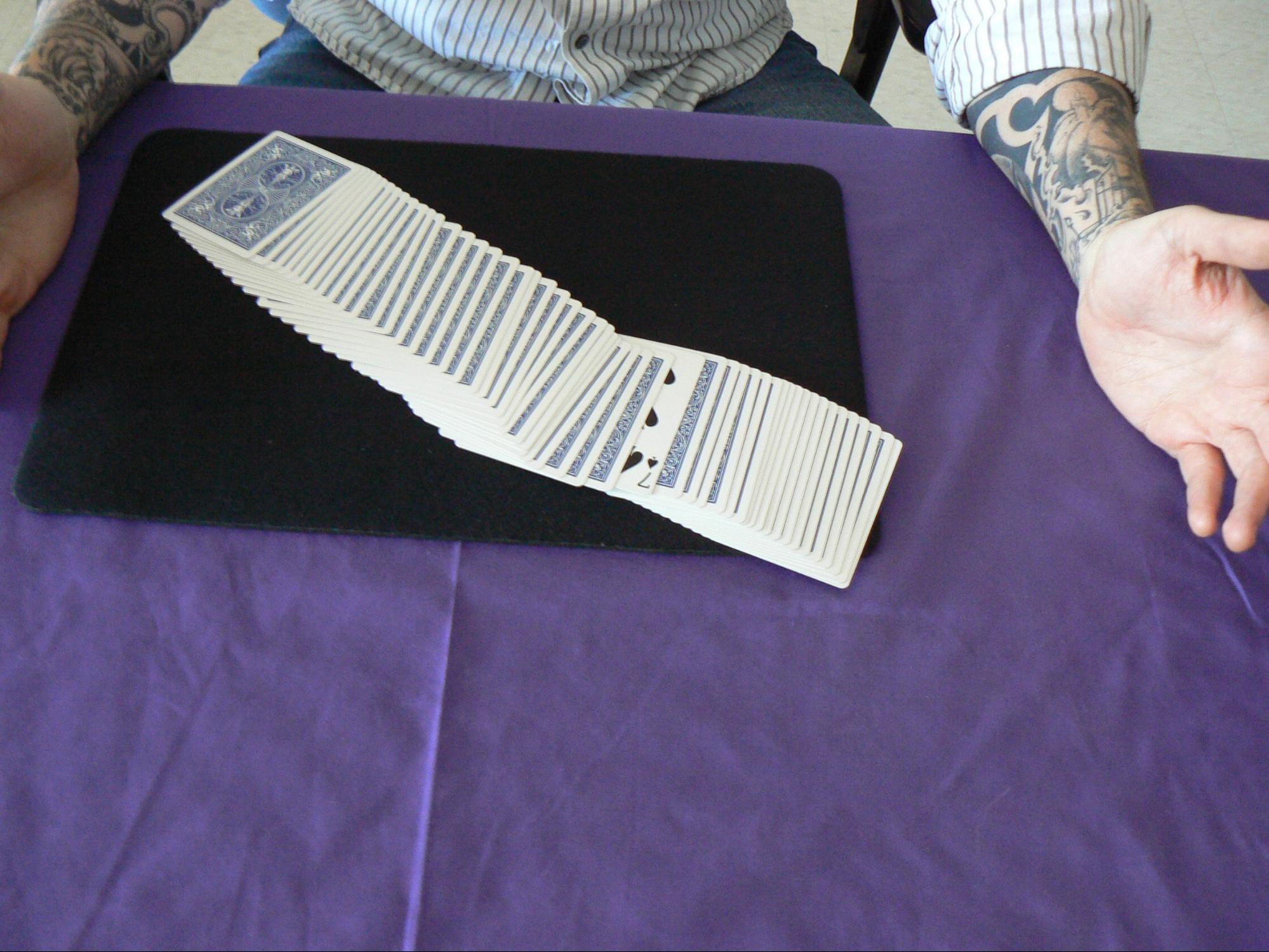 Grant: “I’ll mention the fact that I really enjoy messing with people. So I ask you a question, What is the opposite of chaos? But I am the one who answers it.  So the opposite of chaos is not control. It’s order. So what I manage to do here was complete the order of the whole deck.”

All the cards were in order, from the king to the ace. 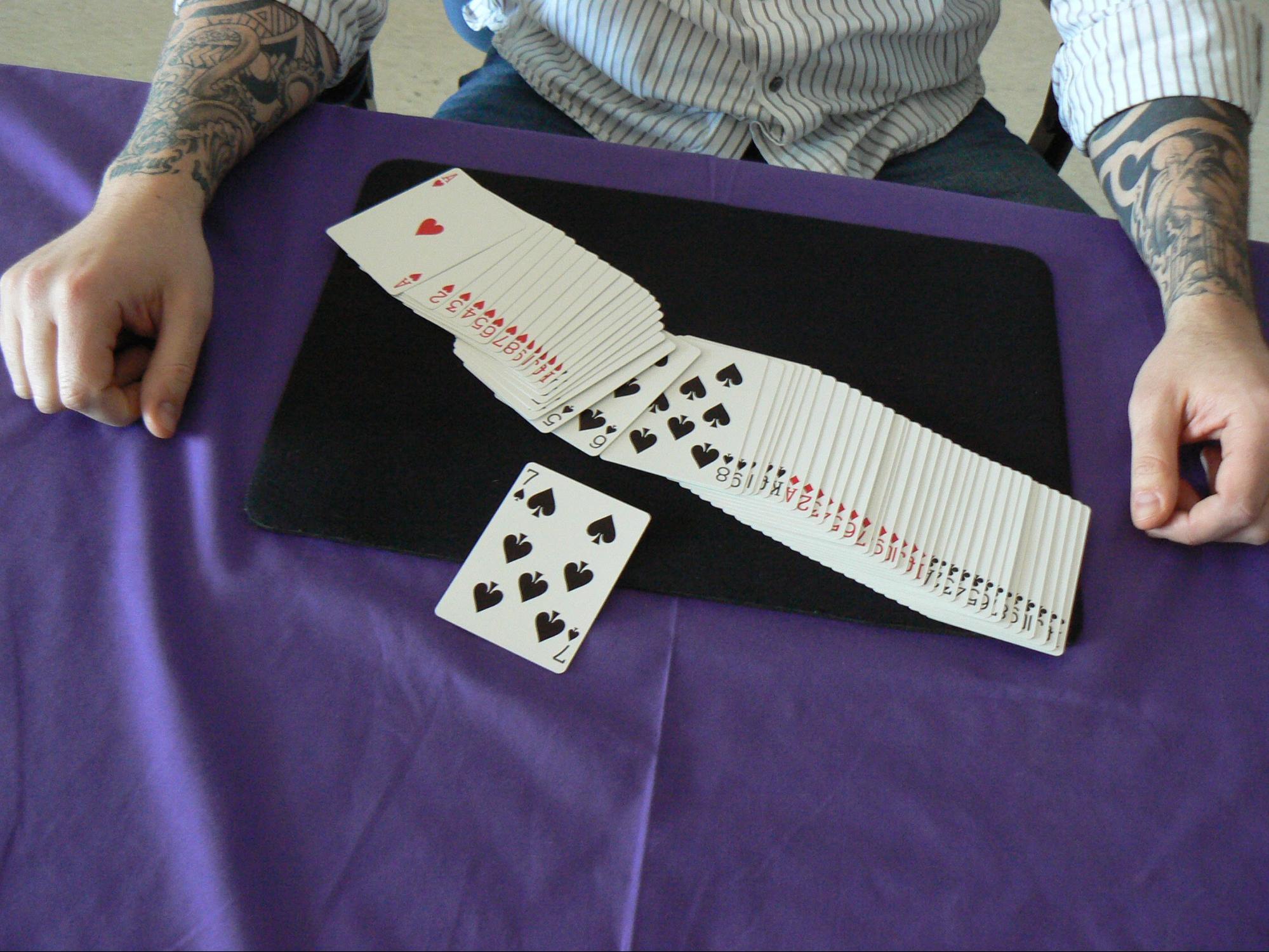 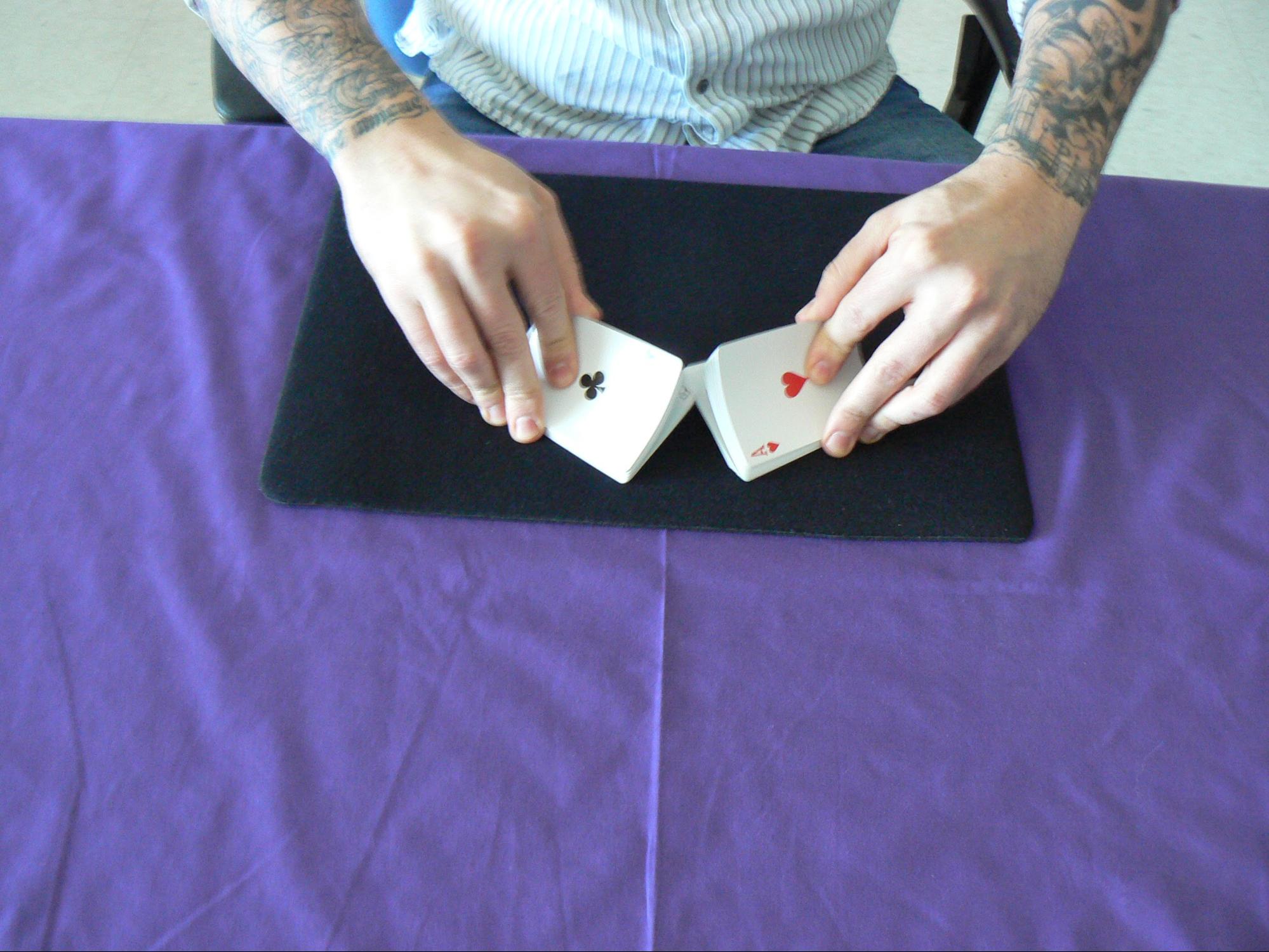 Grant shuffles the deck thoroughly before the trick.

Grant: “I would like you to cut half the deck and put it over here. Or anywhere you want. I don’t want to influence you at all.”

I cut the deck in half.

Grant: “What I want you to do with the other half of the deck is to cross it over so we can mark where you cut.” 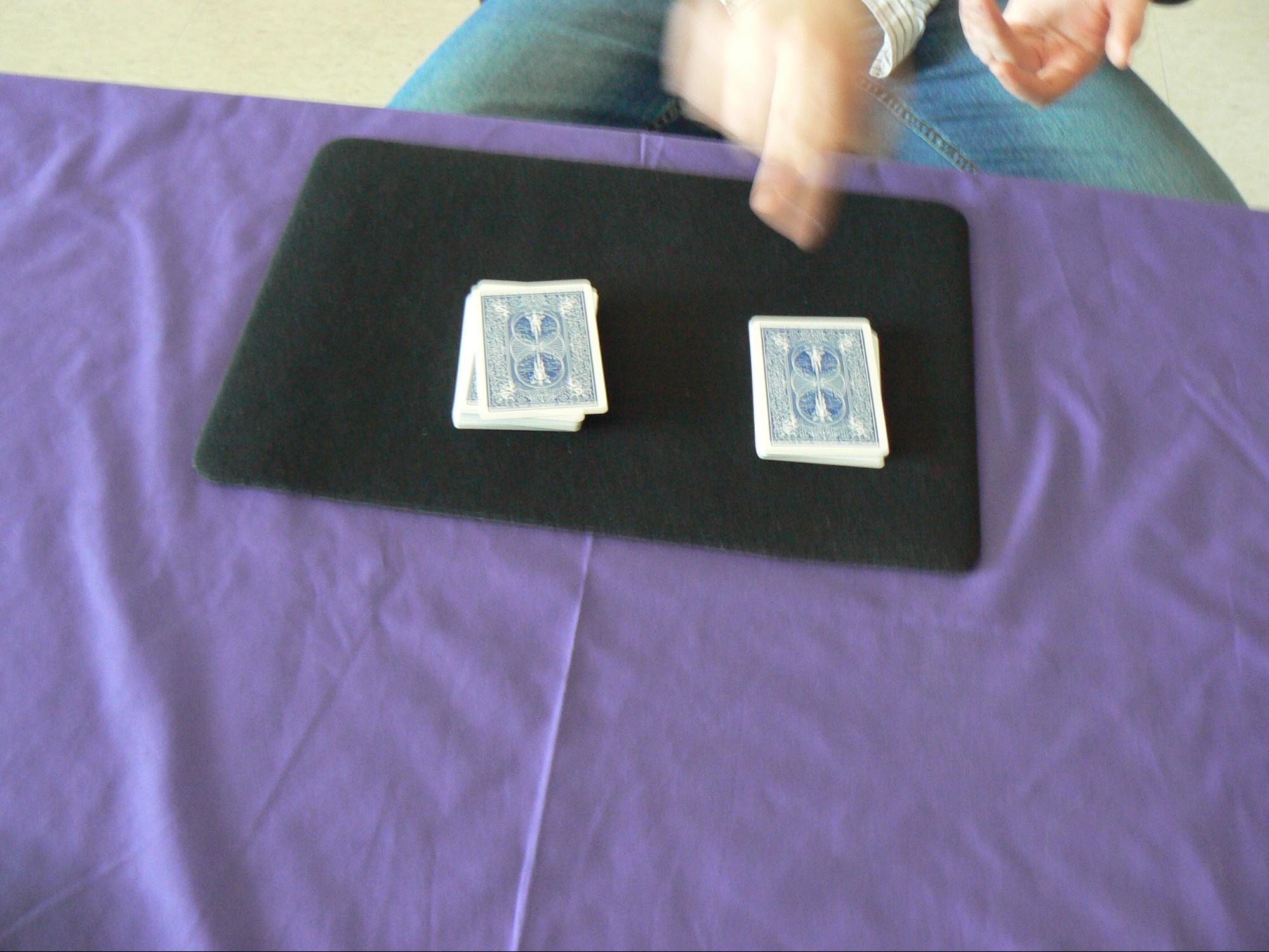 Grant tells me to look at the card on top of the pile. I look at the top card without showing him.

Jack of Hearts. I put it back. I shuffled the deck.

Grant: “Think of the card you pick without saying it out loud.”

He guessed my card right. 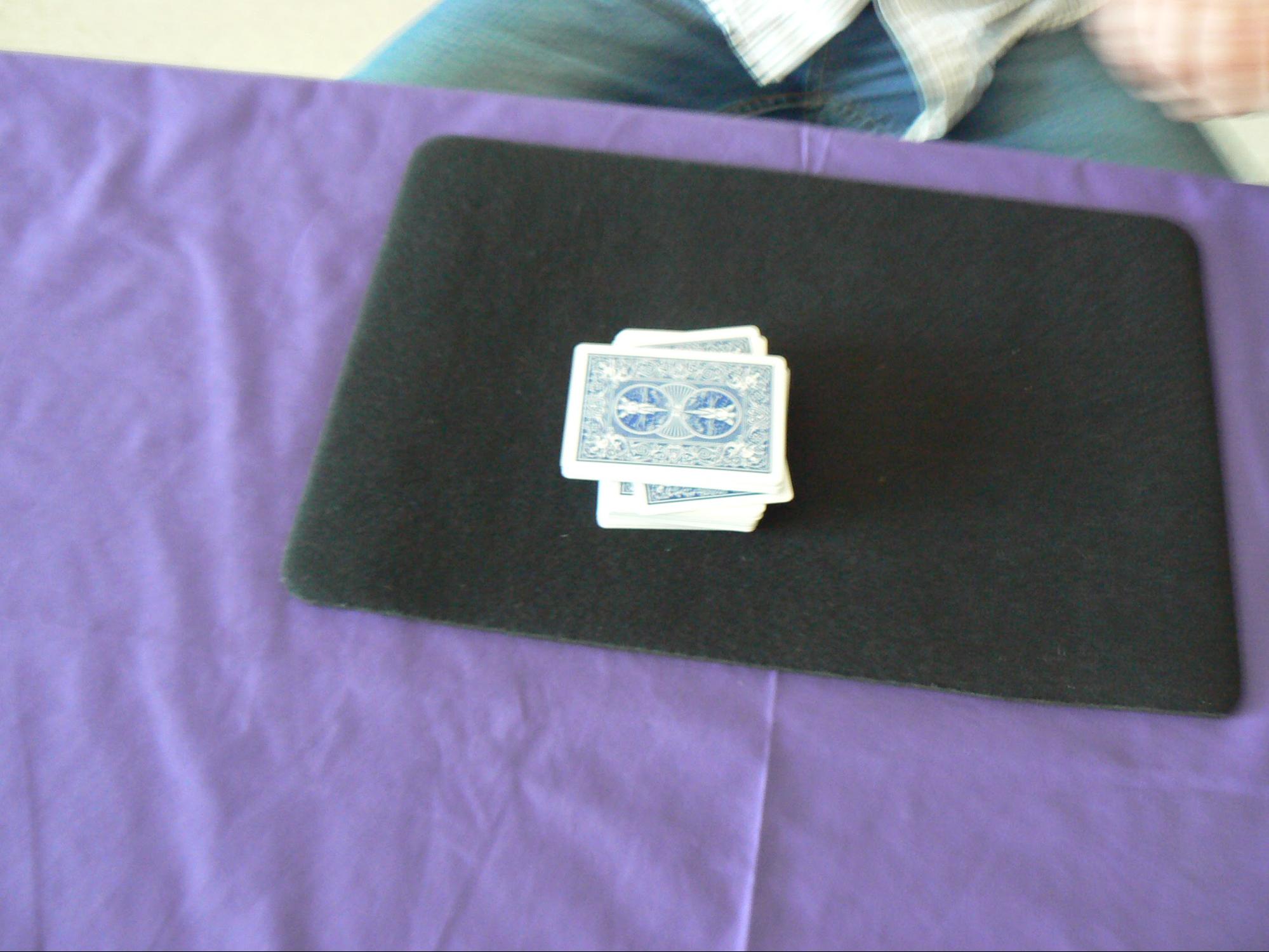 Grant: “There’s a lot of different way to misdirect people.”

I had shuffled the Jack into the deck, and it was mixed with the other ones, but he never pulled it out of the deck, he just told me what card it was.

Grant:  “It’s a pretty simple concept. Basicly what I did was peek at what card is going to be on top of the deck. By misdirecting your attention, I get to take a quick glimpse of what card is on the top.”

The Meaning of Magic

What draws in crowds of people to watch a simple magic trick?

“People are drawn to magic because we as human beings want to find an explanation for things we don’t understand,” Grant says. “Magic provides a way for us to experience mystery for a moment.”

“We call it the Art of Deception, and when it is done well, it’s one of the beautiful art forms in the world,” he says.

But while he speaks about magic being an art, really it’s just him playing tricks on people.

“It kinda boils down to the fact that I really like messing with people,” Grant says.

“I love messing with people.”