Going Off The Grid: The Tradeoffs 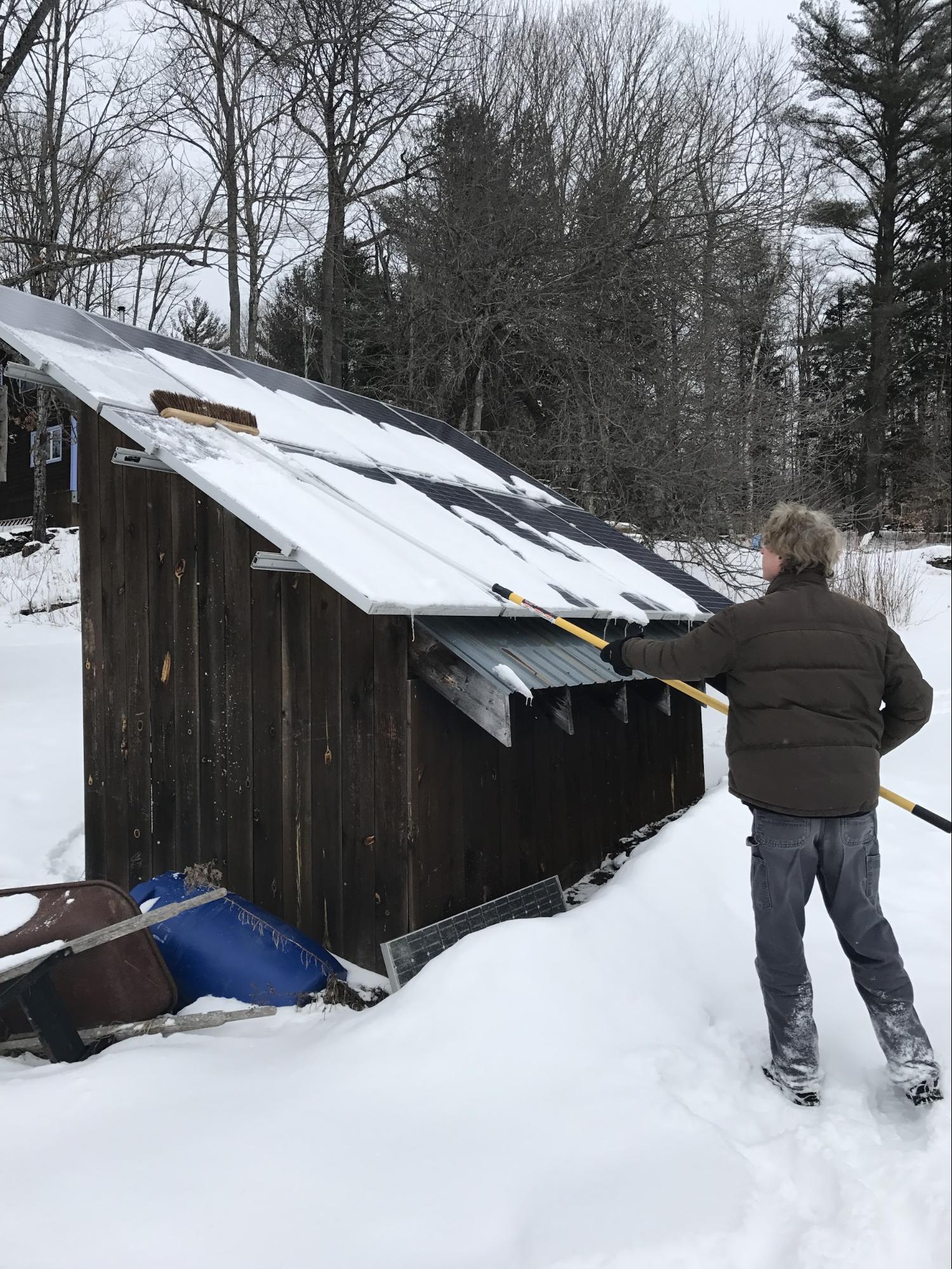 When Paul Scheckel purchased his land in Calais he knew that there were no power lines within a mile and that it would cost a fortune to run a line to his new building site. But there was a phone line, and that was enough connection for him.

“I knew that for a fraction of the cost of running power lines out I could install a PV solar system that was sufficient for my needs,” he says.

Paul is one of a growing number of people turning to “photovoltaics,” or “PV,” out of concern over climate changes and as solar panels become cheaper and more accessible. There is a growing demand for these technologies as people are moving further and further from the grid.  The biggest consideration for people deciding whether to go off the grid are the tradeoffs: what they are giving up to live this lifestyle?

The biggest factor or “trade off” people look at is their location. When buying property that does not currently have power, people have to decide what they want to do.

Michael Horowitz has done a lot of work with solar and solar housing projects. “People go off grid because the power company comes in and says ‘well, you’re a mile off line and that will be 23 dollars a foot,” he says. “What changes things is that people can use solar voltaics.”

For most people price ties in with location. Power lines are bought by the foot, while a solar panel costs the same regardless of location. It ends up being a better deal to install a solar system if they choose to live far from the grid. 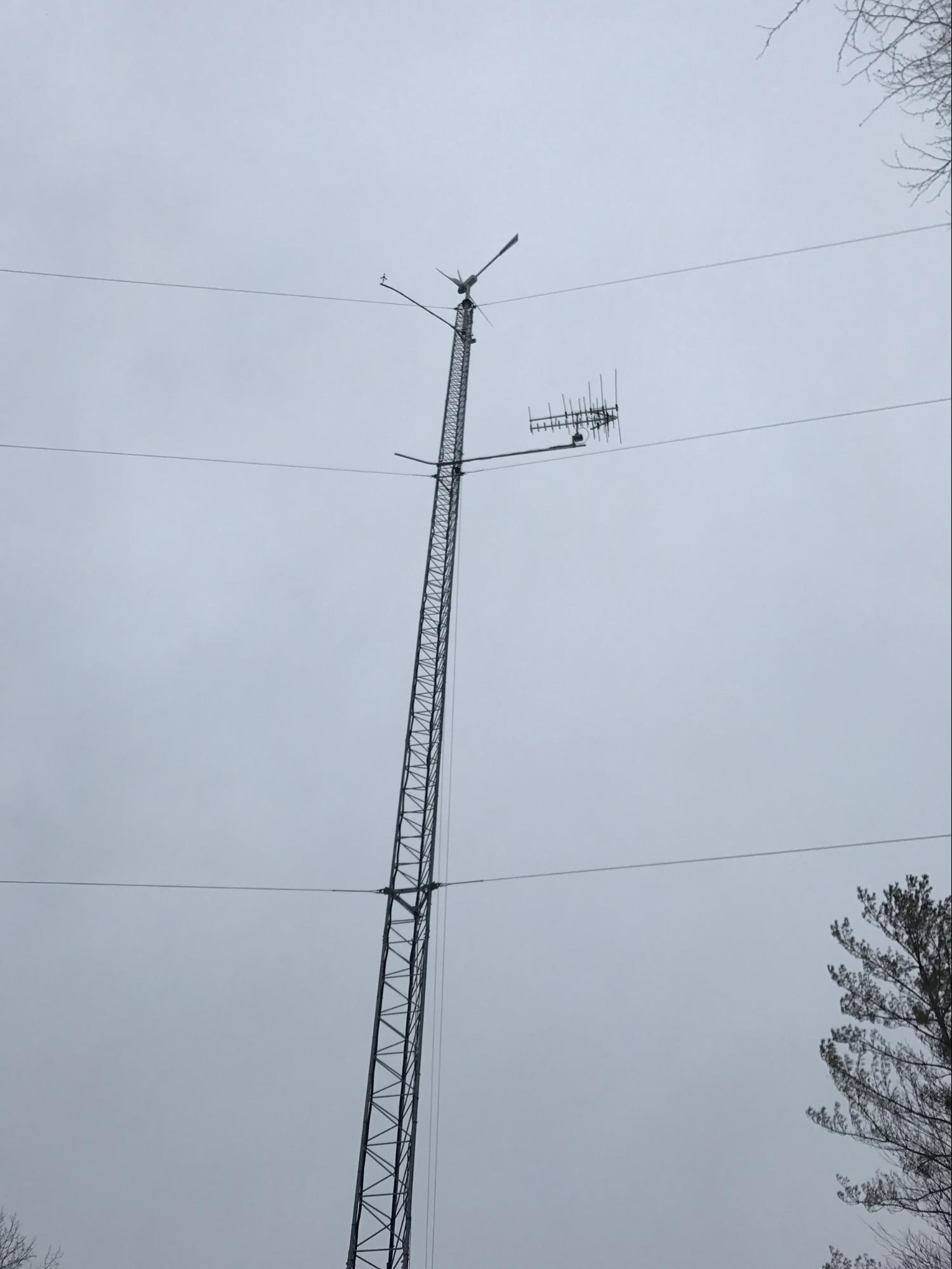 Paul lives about a mile off the grid and at the current cost of 23 dollars a foot he would be paying the power company over $100,000 to get power to his new home.  With this installation, he would also have all the power he needed whenever he needed it, and the maintenance of the lines would be taken care of.

When Paul opted for solar, he chose a system that is much cheaper for him, although it requires more work. Paul has a pretty extensive solar system: over 1800 watts of solar and a large generator. Along with this comes sixteen batteries and a larger windmill. This puts Paul’s starting expenses for just this system at close to $10,000.

Paul’s system is much more extensive than the smaller system that some houses have. “I run all of my appliances off the solar,” he says. “It comes out of the solar panels as AC and goes into a DC converter.” 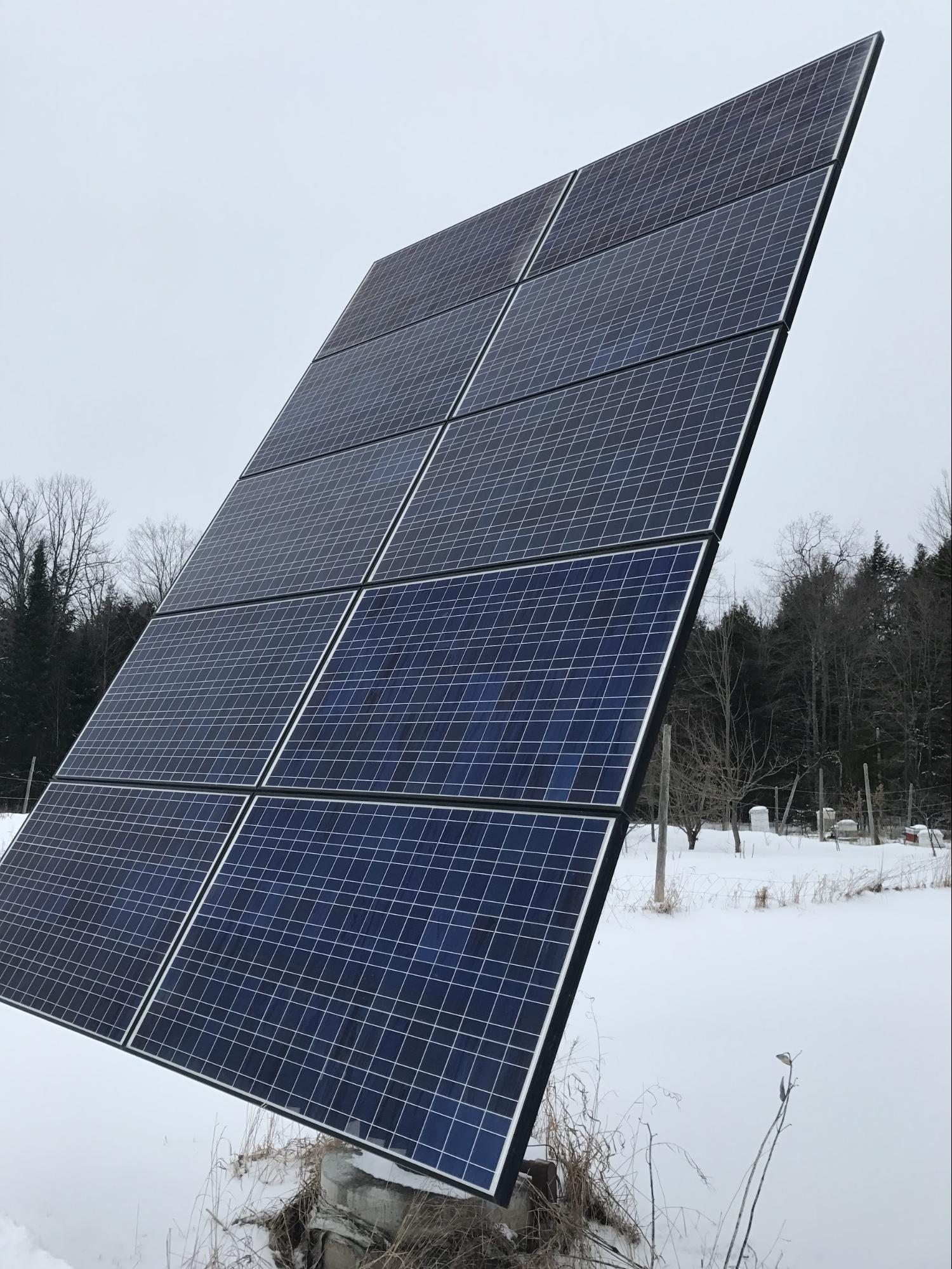 Paul gave up maintenance of power lines by the power company, but he still has reliable backup power even in a storm. Paul has to be an expert and carefully oversee his own system, but he is independent.

Aaron Kyle and his partner also live off the grid, but much further out, in Groton. They had no real choice besides to go off the grid when they decided that’s where they wanted to live. Aaron has a much smaller system that he has been using for seventeen years now. For just the two of them, the system they have is very simple but effective.

Kyle’s system consists of one 300-watt solar panel, six golf cart batteries, one Air X Whisper Windmill and a Honda generator. He says the price of a solar panel now is roughly a dollar per watt, when Kyle first started living off the grid solar panels were closer to five times that much. The price breakdown of the basic system, without some of the smaller components, is roughly $1,500 for the panel, six batteries at $150 a piece, the windmill at $1,000 and a generator at $300. The total is roughly $3,700. 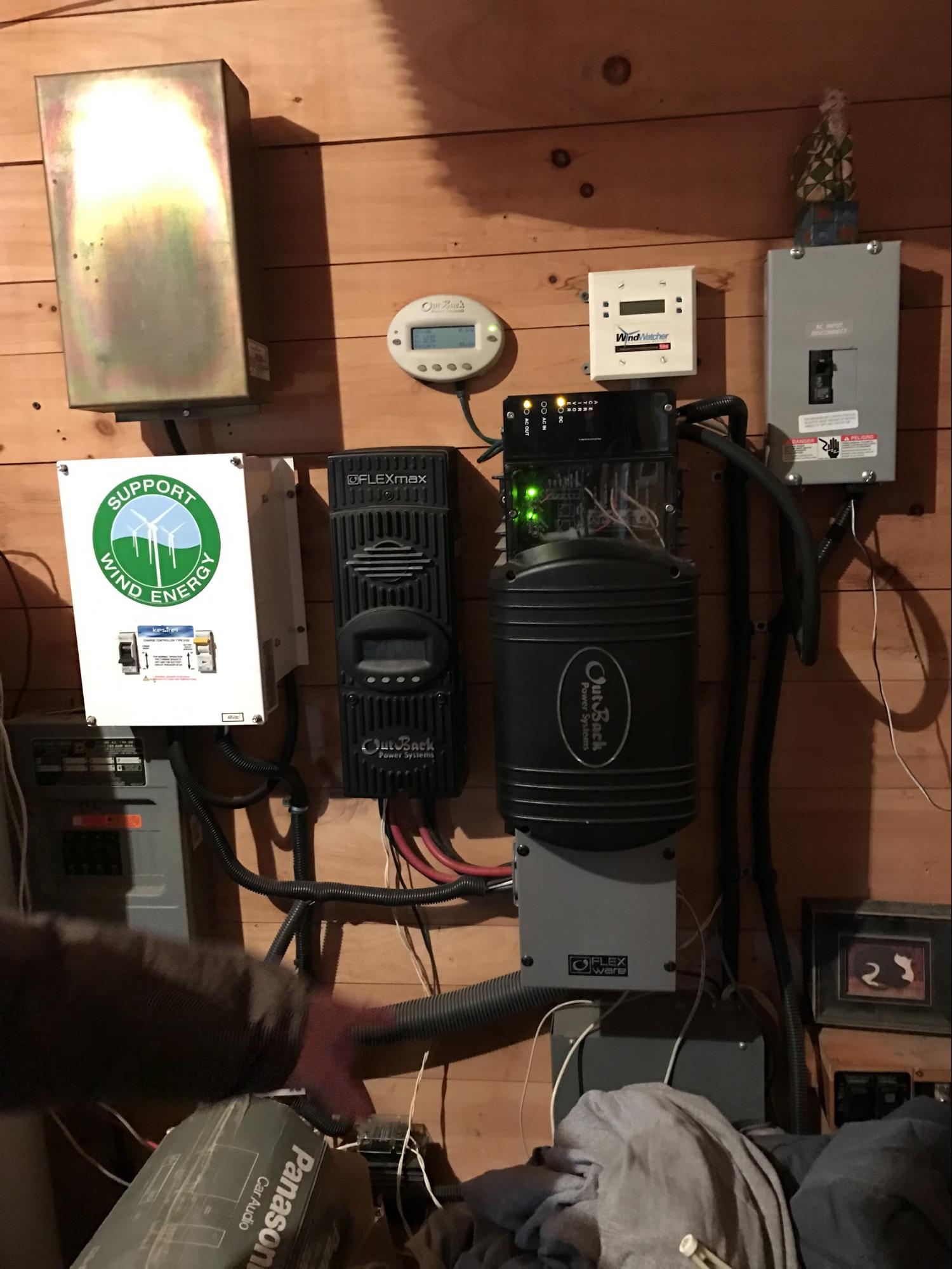 Part of the system that regulates power from the panels.

“The first thing people have to think about when deciding on a solar system is their load,” Michael says.  “What they use and how much energy this draws.” Paul and Aaron choose to put different loads on their systems.

For both Paul and Aaron, the biggest trade off was the independence in exchange for their own expertise on their systems. Along with this, however, Aaron has another layer of tradeoffs because of his smaller system. Aaron has a mix of both solar and gas appliances which adds more work in other ways. His big appliances are what he runs on gas which also require maintenance and upkeep.

All economic choices involve tradeoffs. Michael emphasized that “a lot of people don’t realise all the options they have” in terms of how, where and when they want to spend their money. “A big example of this is what type of fridge they use. An electric fridge draws a lot of power, but it also costs a lot to power one with propane.”

A lot of thought goes into the decision-making regarding going off the grid and what appliances to run on either solar or gas. All of this requires a lot of consideration and awareness.  Most people do not think about their power this way.

As Michael says, “they have to think about where they want to put their money and future costs.”