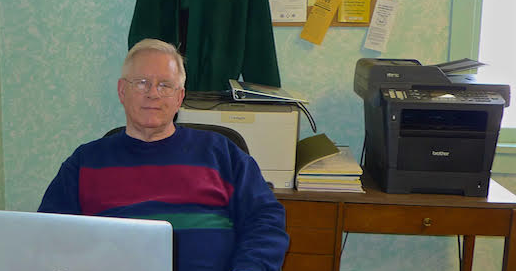 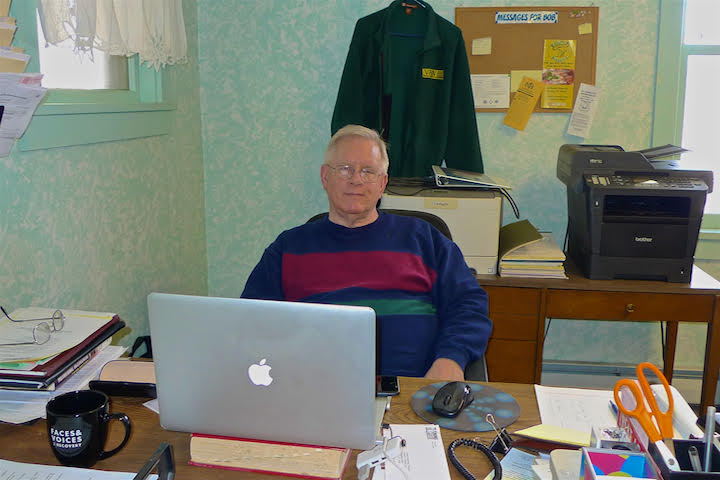 Across from Allen Lumber on the Barre Montpelier Road there’s an old house, small, with big windows facing the road.  This is the Turning Point Center, a substance abuse treatment facility where addicts go for help from “recovery coaches” like Bob Purvis. On this day he’s at work in his small green office, a chair open in the corner, his desk littered with paperwork.

Like all people working in recovery, Bob has faith that the people he works with will find sobriety. Being a recovery coach means you have to be willing to work with the addicts, listen to them, and not rush anything.

“We operate on the belief that the person in recovery really is the best source of answers to his own questions,” Bob says.

“Our job is to help them and kind of think them through and get them out for themselves.”

But even though people do recover from being an addict,  Bob says less than half the people who try to recover make it to long term recovery, defined as 5 years. He likes to call a relapse a setback because It’s it is part of the process of recovering.

“A person in recovery is basically re-mapping their brain to a certain extent,” he says. “The things you do in recovery over time can re wire yourself.”

Bob’s became interested in recovery because of his own addiction to alcohol.  He went into treatment in 1977 and has been sober for thirteen years.   He knows how hard recovery is.

“I see motivation changes from day to day.”

Over the past several years Bob has seen hundreds of people, but he hasn’t seen a lot of them recover.  Some people may partly recover from being an addict but never fully recover.  Some have challenges they can’t overcome.

“They often have a criminal record, may be coming out of prison or jail may have damaged personal relationships with a partner, may have kids parents, no longer have healthy friends,” he says.  “All of their acquaintances are people in the drug world and so they have a real challenge”

Each person in recovery has a unique story.  Here are two success stories, in Bob’s words:

“This one guy who came out of prison and his probation officer sent him to Turning Point for a recovery coach. He was addicted to opiates, and I became his recovery coach. And he was a really nice guy, but he relapsed and went back to prison.”

“And a while later he came out again, and he came over and he started to see me again, we started the coaching relationship again– this happened three times; he kept coming out and going back.”

“He kept being put on suboxone, which is the replacement therapy for most people…. A drug that quells the cravings, but is also a drug.”

“This person I was seeing, who was on suboxone, he knew there was more to it than just taking the drug, but he wasn’t really catching on, and so he went back [to jail] again.”

“And I didn’t see him for a while.  Until  just about a month ago, he walked through that door.”

“And he was clean, completely clean of all drugs, and he was happy. He has a new partner, a new job, a new life, and he’s really doing well.”

“He’s never been happier.  It’s marvelous to see such a huge change for him in just a matter of a few years.”

“A woman arrested with a gun in her hand and drugs in a hotel room.  She came out of it with a number of  felonies.”

“She had a  very tough life growing up. Her father murdered her cousin’s father.   That’s the kind of situation she grew up in. Very tough.  And she became tough.”

“She started coming here, two years ago, and she worked hard, really hard.   She had to really smooth those edges. She worked damn hard.  And she eventually was able to get, they had a termination of parental rights hearing scheduled. And she was able to start seeing her son here, She was able to have visitation here. “

“The fact she was in recovery and she was abstinent and doing well and struggling and working hard at it they ended up changing the termination of parental rights into a guardianship, so she has a chance to get her son back.”

“It’s now two years later she has a job, she’s working paying her bills. She’s in a private apartment, and she has her son visit her on a regular basis, stay overnight with her and it’s  like a total transformation and it’s just marvelous to see.”

“Shes still a little bit tough, you know, but shes nice, shes become a nice person and she’s enjoyable to talk to now.”

“ I go visit her now and then where she works. See how she’s doing, she’s doing great.”

“It’s just really gratifying to see someone, you know?”

“You can see the person inside there that really wants to get out.”