Snapshot: The Making of Crybaby: Part 1 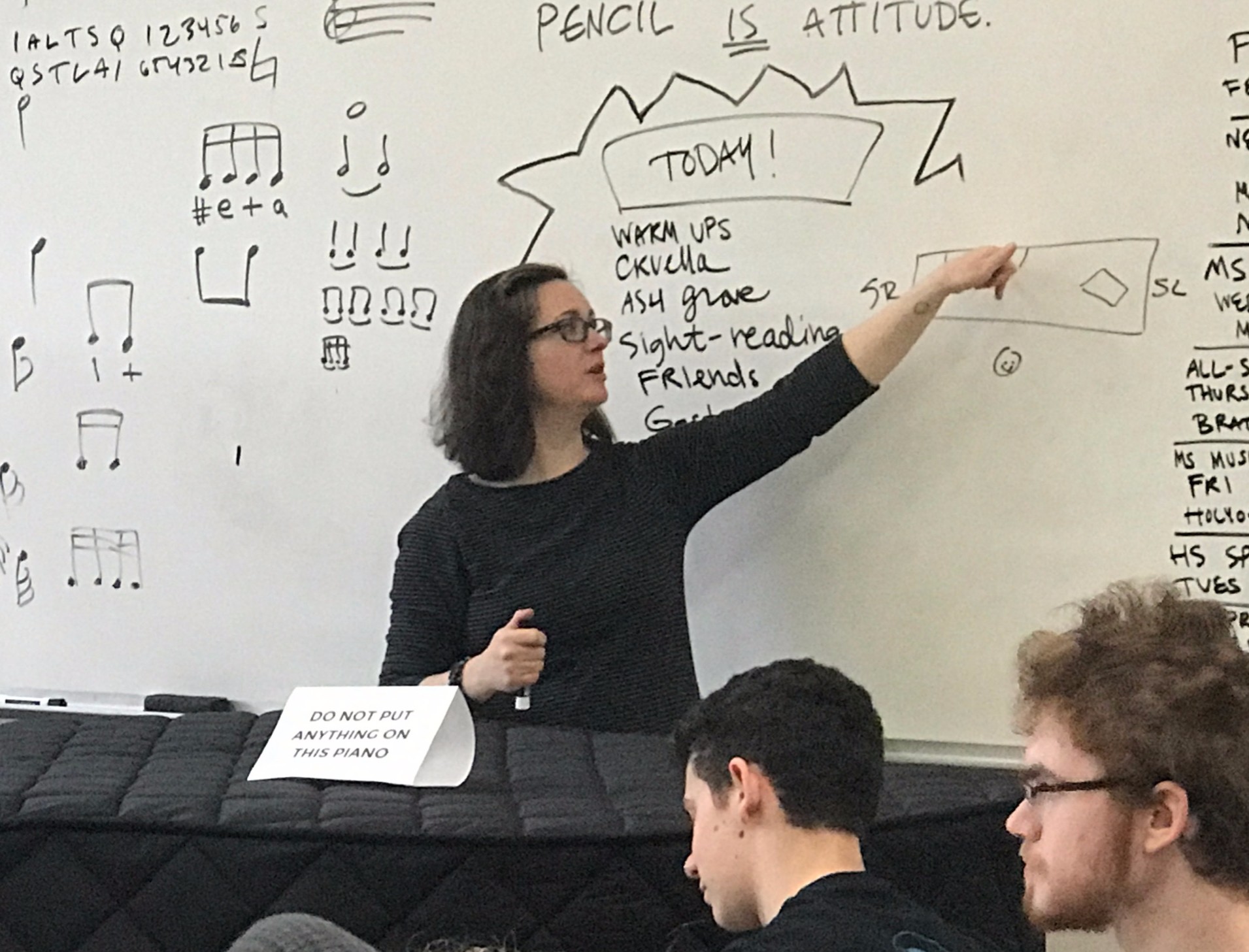 “Order in the court!” calls out the Judge, played by Nick Boozan, who is practicing his newly appointed lines. “What a sad vision of today’s youth.”

The scene depicts a pivotal moment in the musical, where Crybaby, played by Orlando Whitcomb-Worden,  is tried in court, along with his gang of drapes, for arson.

”We’re gonna have the judge, gawkers, and defendants,” says Erin Galligan Baldwin, Stage 32’s director.  “And then you all can step forward and play the scene right in the middle.” 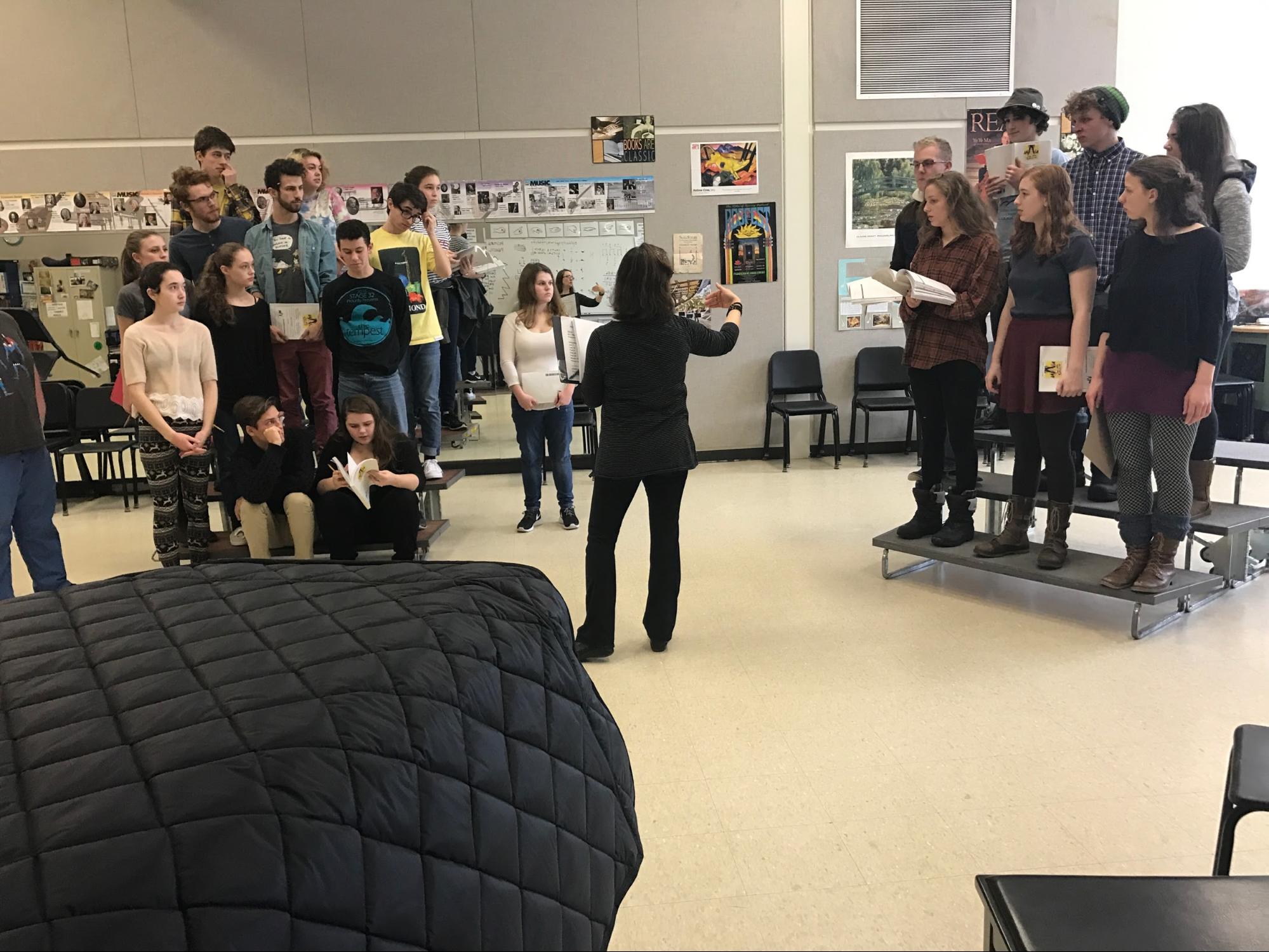 Erin Galligan-Baldwin, the director, completes attendance and develops the beginnings of a  set for Stage 32’s production of Crybaby. 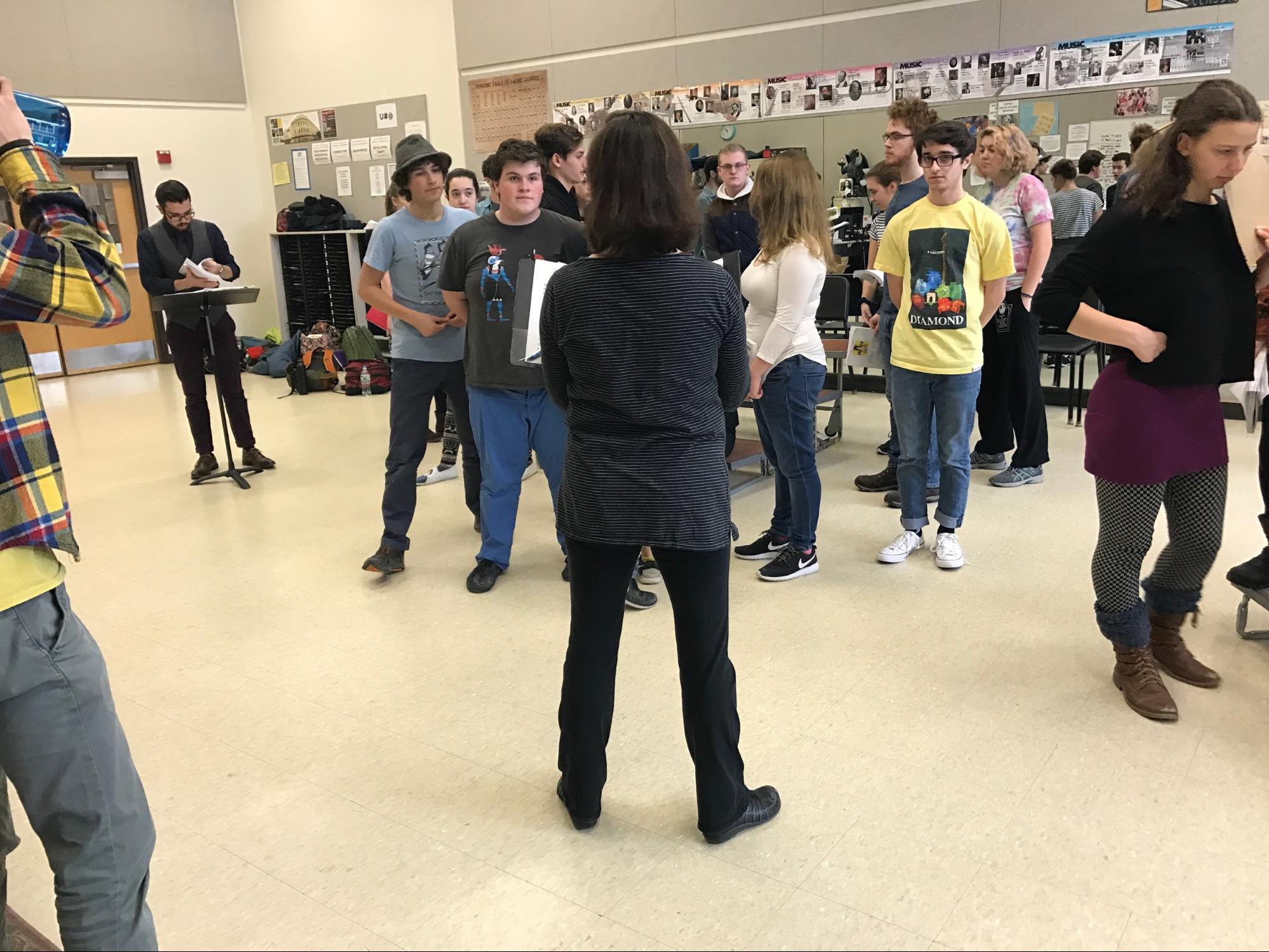 Galligan-Baldwin skips over the transition into the next scene: “the singing covers it, the dancing covers it, and then we’re in our places.” 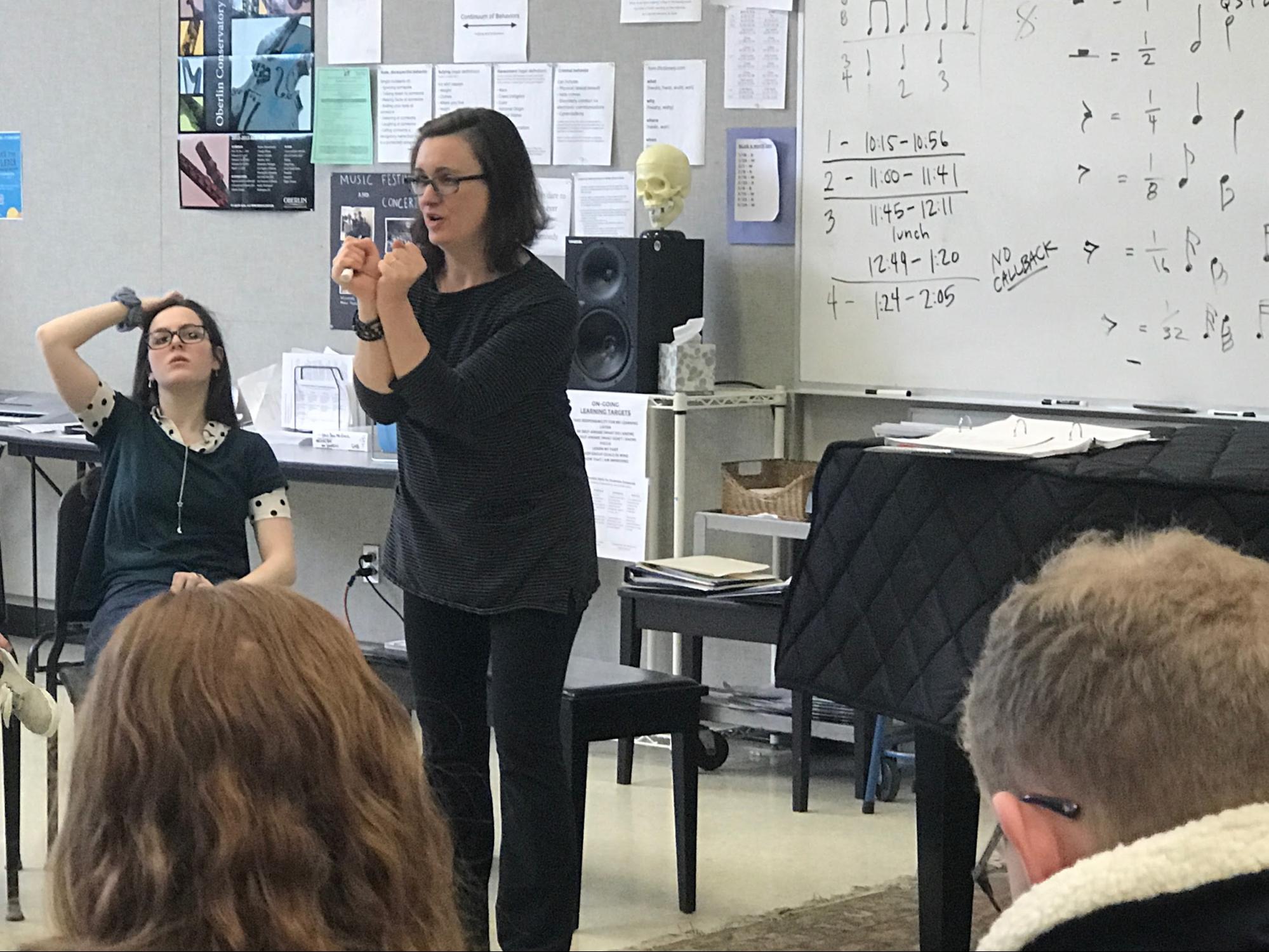 Galligan-Baldwin diverts her attention to the drapes: “You will be standing, and you will be shackled.”

“If it’s overloaded in the middle, we’ll even you out,” Galligan-Baldwin directs the actors, “but for now I’ll put [dancers and squares] in the middle. For the judge, we have a podium.” 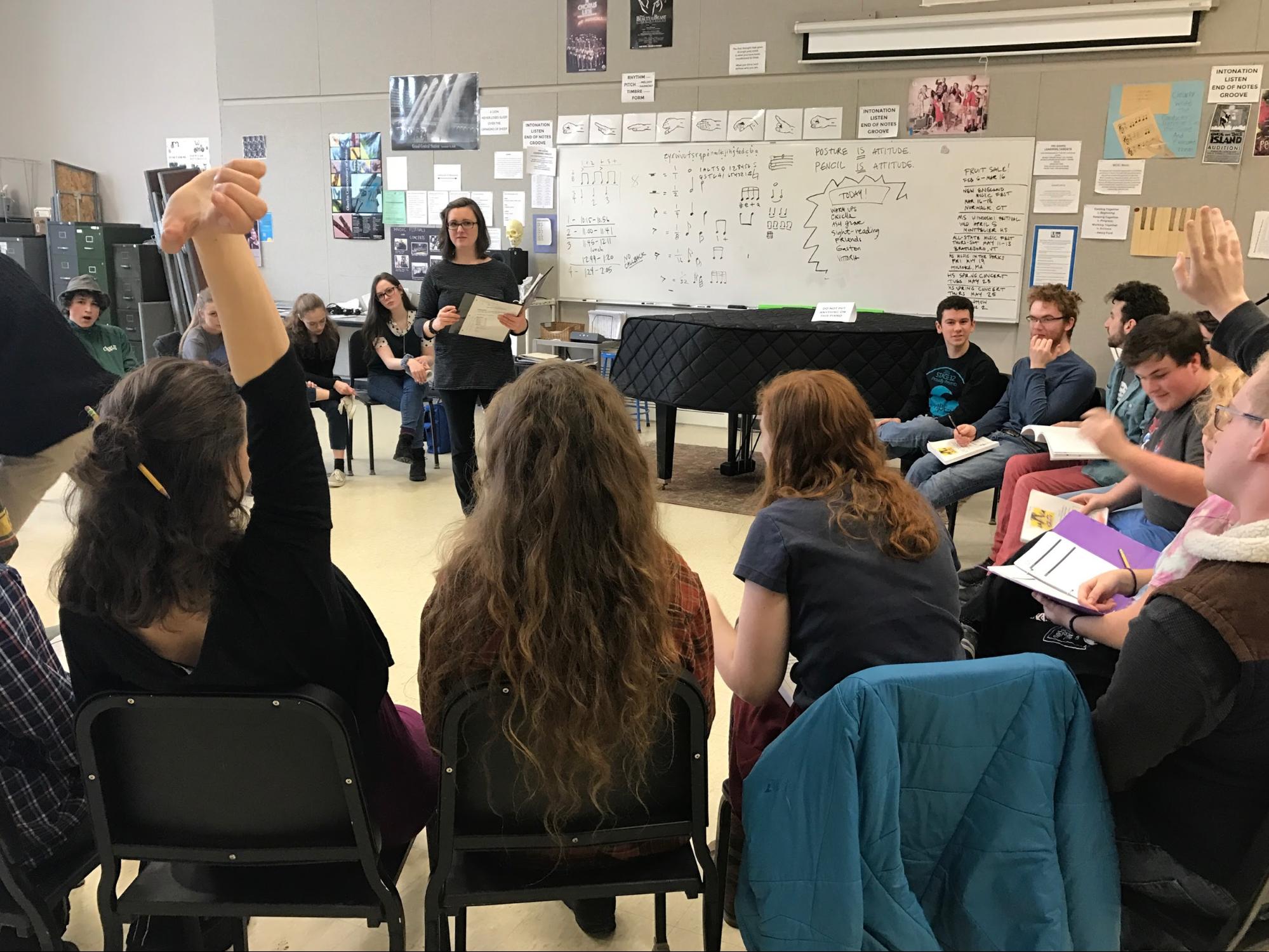 “This is like the court scene in Legally Blonde… not a realistic court scene, very theatrical,” Galligan-Baldwin answers the inquiries of the actors.