What to Expect from the Girls Hockey Playoffs 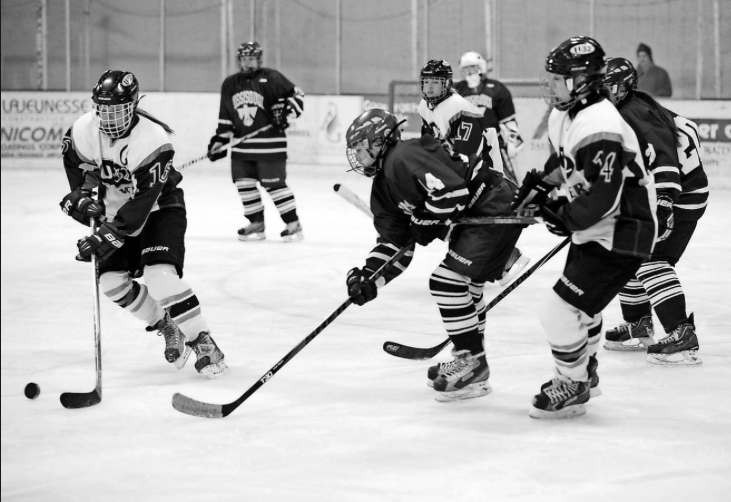 The Raiders Girls Hockey team, fresh off of a championship appearance will look to avenge last year’s defeat and finally hang the banner this time around. Last year, the Raiders had a strong senior class that carried them to the finals. This year, they have an assortment of players from each grade that have been contributing goals and assists all season, so they don’t rely on any one player.

The team has had many key wins this season, including two wins against Stowe, and one against Harwood. Many players have stepped up over the course of the season including DII player of the year,  Bella Parento (Fr). Along with the help from Jordyn Michaud (Sr), Michaela Bernier (Sr), and Renee Roberts (Fr) they have carried the team to a 11-9 record. The Raiders started the season strong, with five wins out of their first six games. But, like the boys team, the girls encountered a tough part of their schedule including two losses against top teams from New York. Against Vermont teams; the Raiders are 11-7 and have only lost by more than 2 goals once.

Bernier has been out with a concussion and has missed some games, but luckily for the Raiders, she is back. “The postseason games are Michaela’s first games back from her concussion, so I know she’ll be fired up,” said Michaud. Both players have been played an important role in the team’s success over the past couple years.

“We have a lot of new skaters this year so there’s not as much depth in the bench,” said Michaud. “But the cohesiveness, work ethic and willingness to learn of this years team is better.”

The Raiders will look to end the season with a win and bring a championship to the school. Here’s a bracket and schedule of the rest of the playoffs. 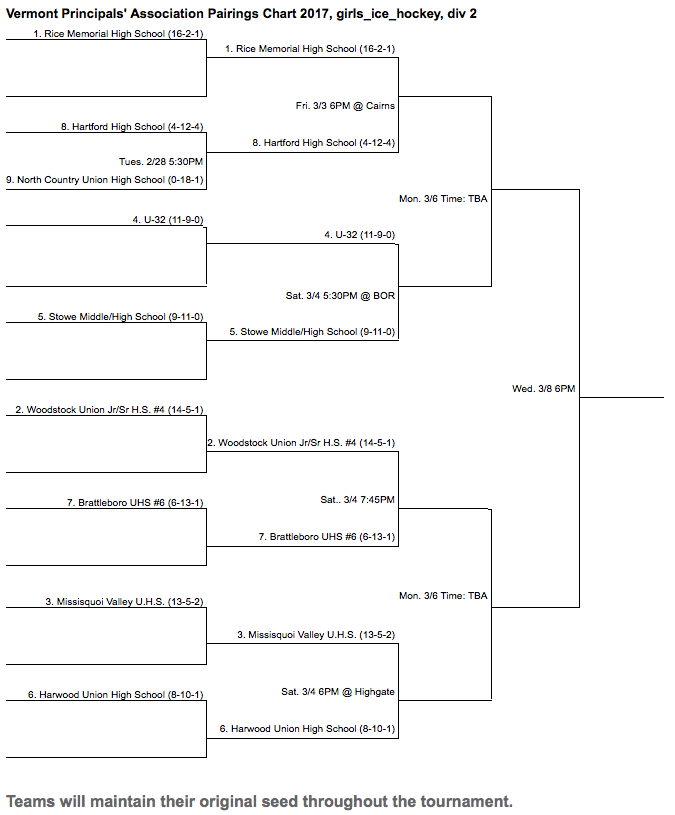