Born in Townshend, Vermont, in 1810, Clarina Howard Nichols established herself as a political activist while petitioning for married women’s property right after divorcing her first husband.  In 1843, she married George W. Nichols, editor of the Windham County Democrat. When George became ill, Nichols stepped up to act as editor of the newspaper and thus started her writing career. Her sarcastic editorials encouraged lawmakers to pass an 1847 act that secured property rights for married women.
In 1851, she became the first woman to address the Vermont legislature. For this she was considered “the champion of Woman’s Rights in Vermont” (2). Though Nichols set her sights on more than just rights for women — she also lectured on temperance around New England, joined the Free Soil movement in Kansas, and ran a home for freed slaves in D.C. during the Civil War — her greatest impact on Vermont was through her work to gain equality for women through her writing. (3).  And on occasion, Nichols’ editorials — usually reserved for talk of politics or morals — had an unexpected topic: current fashion. 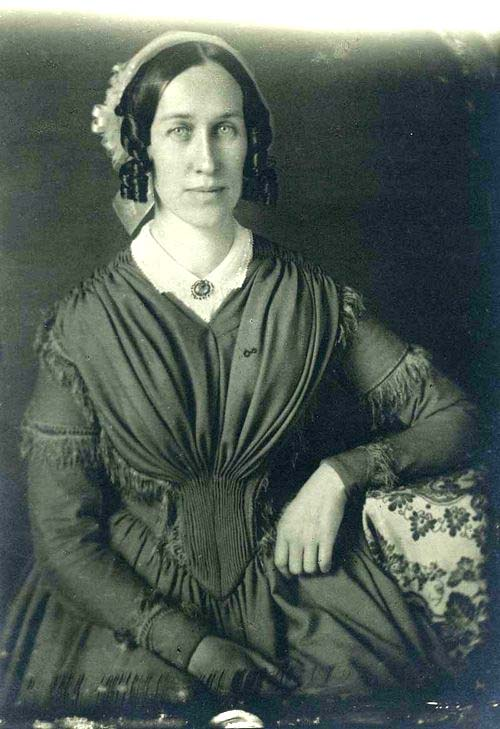 In the 1840’s, the popular women’s fashion was anything but comfortable — or safe. High, stiff collars pressed uncomfortably against women’s throats. Whalebone corsets pinched so tightly at the waist  that organs were pushed out of place. Layers and layers of rigid petticoats were worn under heavy skirts that were so long, several inches were left dragging on the floor. (5)

Yet, in the early 1850’s, a new style of dress eliminated many of these issues. It still had the irritating collars of the traditional dress, but the waists were worn much looser. The biggest and most controversial change, however, was to the skirt. It ended right below the knee, and the rest of the leg was covered by a loose fitting trouser, otherwise known as bloomers.

The “Bloomer costume” (7) was originally designed to improve women’s health by giving them more mobility and comfort . Still, it challenged the traditional ideas about a woman’s role and quickly became a nationwide topic of debate. “…we care but little how the ladies dress, so they are beautiful, amiable, and kind-hearted towards their husbands…” said one newspaper. (8) Nichols and many other women’s rights activists, such as Elizabeth Cady Stanton (9), adopted — and defended — the outfit.

Nichols used her position at the Windham County Democrat to support bloomers and to criticize anyone who attacked them. She often used her editorials to attack local newspapers that criticized bloomers. In response, she was often mocked by other newspapers, yet she was unwavering in her support. She often republished what other newspapers said about her and her beliefs in her own paper so she could offer her own counterarguments. This poem, originally published in the Statesmen, was written specifically about Nichols (“thy wife”):

Hang up thy wife, (in breeches tight,)

And striking emblem it will be

Another criticism, while less creative, was more straightforward. An editorial in the Lynn Bay State newspaper stated: “If the ladies like the ‘Bloomer,’ why let them wear it; but we sincerely hope they will not all forsake their domestic duties and go round lecturing on ‘women’s rights.’”

To their critics, women’s fashion choices were challenging their place in society. If women could wear pants, why couldn’t they do men’s jobs?

“A true woman shines brightest in her own sphere,”they said.

Nichols responded to this statement by saying, in her signature sarcastic tone: “It is something, that men will ‘let us wear’ the dress we ‘like’”. (11)

If a pair of pants and a short skirt were such a threat to the traditional roles of women in society, then it is no wonder that Nichols was willing to fight for them. She saw a small change and helped make it a part of a much greater movement. 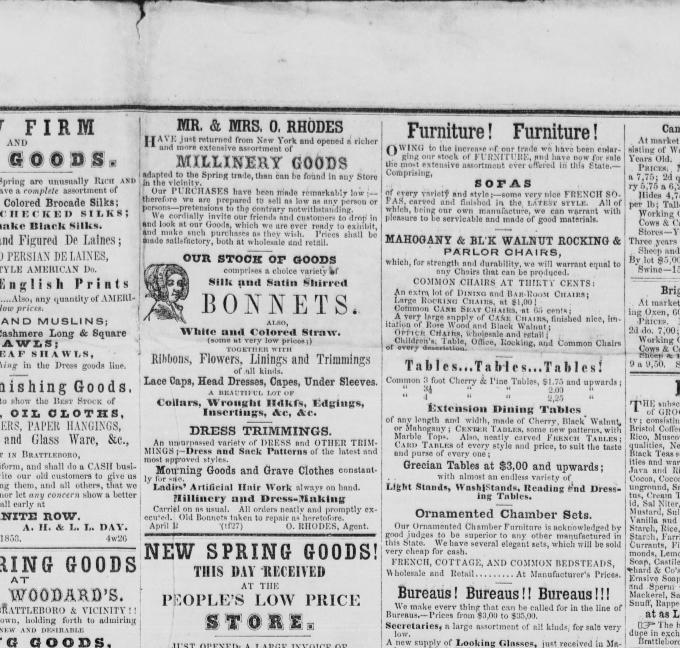 For Discussion:
Bloomers may no longer be in popular fashion, but the debate about how women dress is still raging on.  What are the specific questions about women’s fashion in our society today?  Where, or on what platforms, do these debates take place?  And are women’s voices empowered in our current media environment?