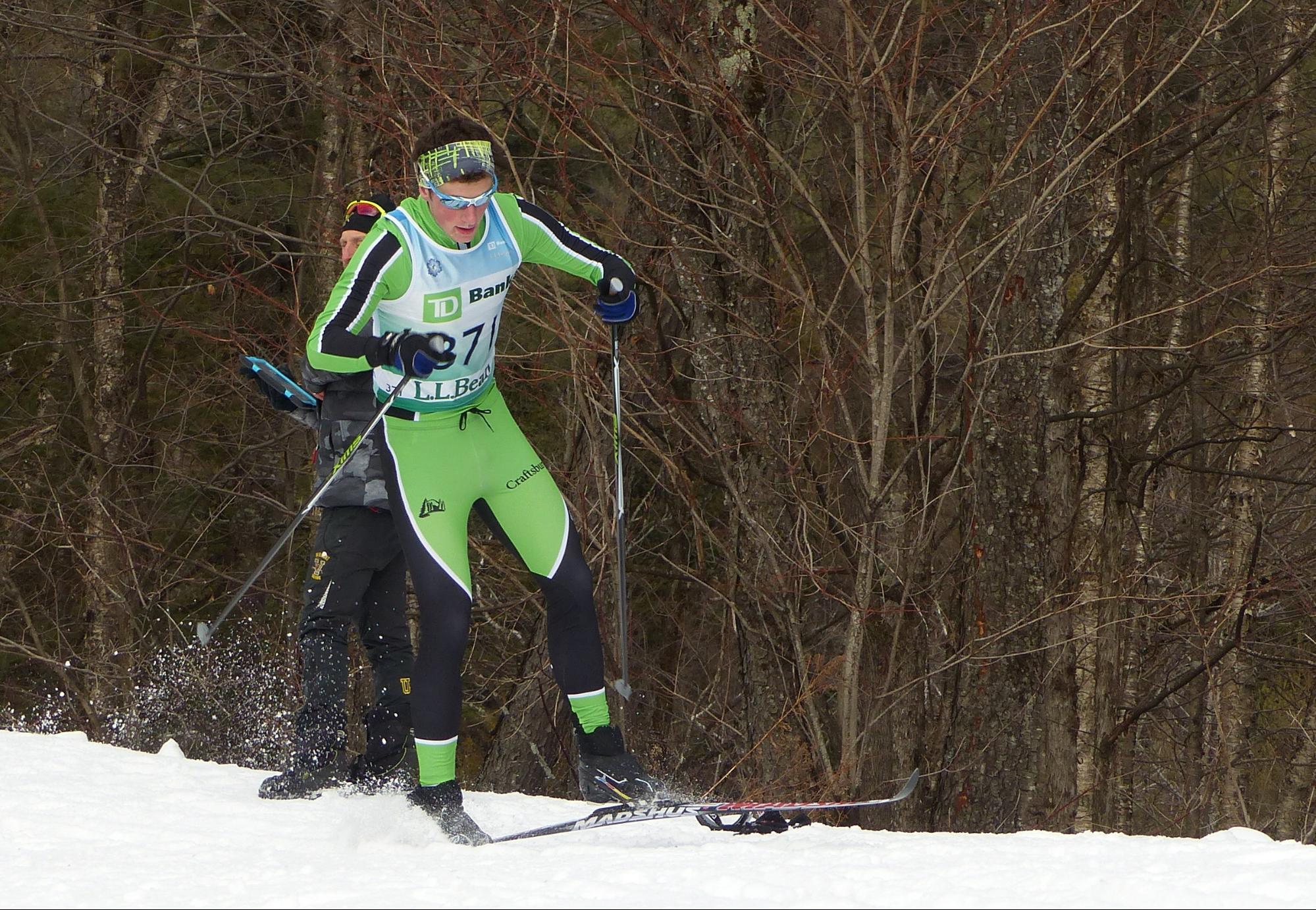 For some students, the sports offered by U-32 aren’t enough. Henry Hoffert spends half the week practicing with U-32’s nordic ski team, and the other part practicing with the Craftsbury Club Team. Even though both teams are a full-time commitment, Henry is able to balance them pretty easily. “If I practice at Craftsbury, Mark [the U-32 coach] doesn’t care. Practice is practice,” he said. “The only time I have to decide between one team or the other is if they have a race on the same day.” He said that this is rare, because the two teams race in separate circuits: Craftsbury’s team races in the Eastern Cups, which is a higher level of skiing than the races U-32 competes in.

Henry, in Craftsbury uniform, during a race earlier in the year.

U-32’s rule is that a skier has to attend more than half the races in order to stay on the team. Craftsbury’s team — which Henry calls “more serious, more competitive, and more demanding” — wants skiers to go to every Eastern Cup race. As a result, when two races coincide, Henry chooses to race with Craftsbury.

Henry said he considered just doing the Craftsbury team, but decided not to quit skiing at U-32. He said there were two reasons for his decision: “one, they probably can’t win states without me, and two, I would feel like I was abandoning my team.” 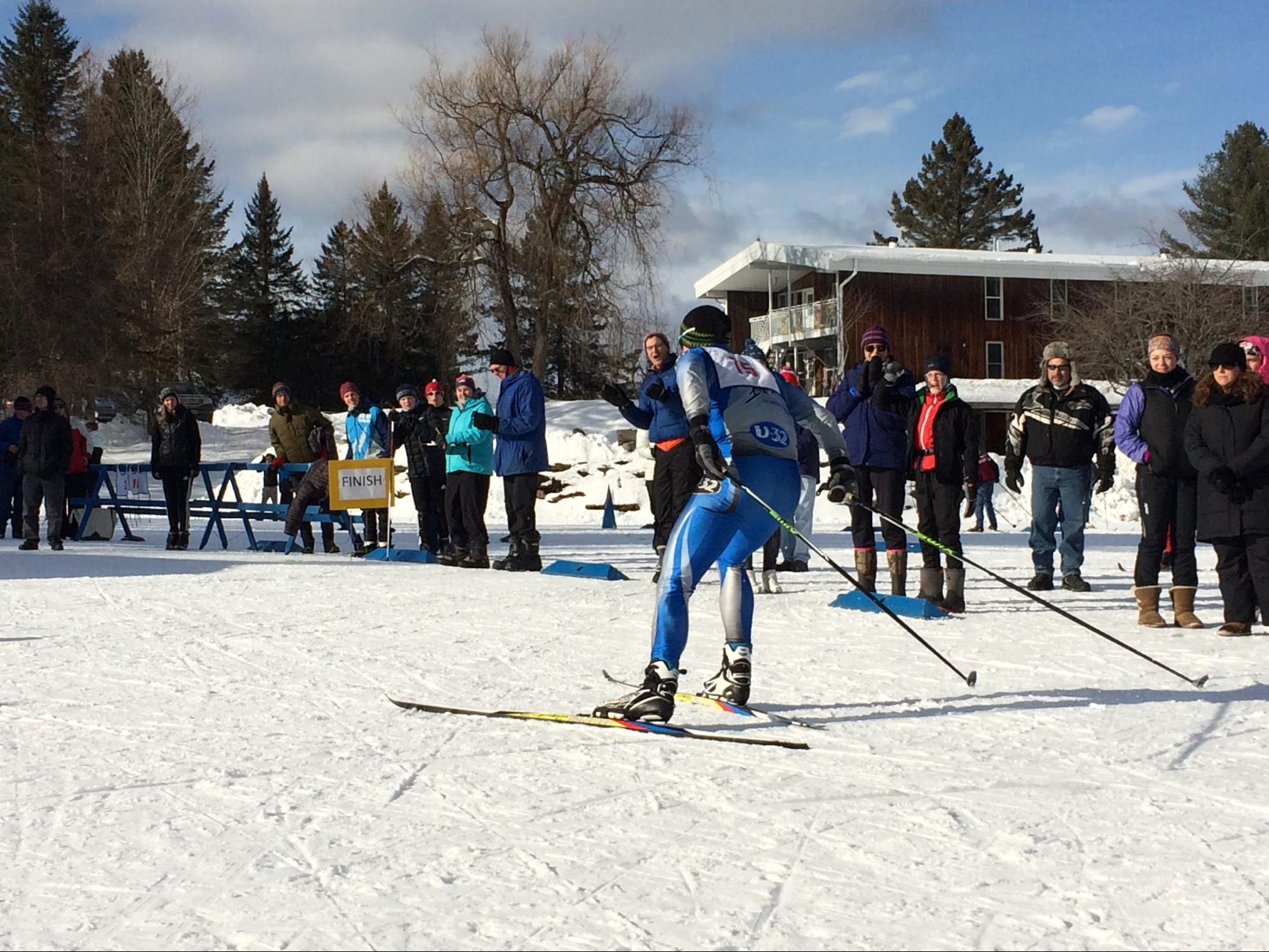 Henry, in U-32 uniform, crosses the finish line.

One of the biggest differences between the two teams is how well he does. In a U-32 race, he almost always places, but in a Craftsbury race he tends to finish in the middle of the pack. “It’s a different crowd. The kids in public school races are just skiing because they want to ski,” he said. “A lot of them don’t really care, whereas Eastern Cup racers are skiing because they want to win.” His competition at Eastern Cups is not only more motivated, but more experienced: the teams are mostly from private ski schools or club teams, such as Craftsbury or Mansfield Nordic Club. Henry is one of the few students from a public school to compete on that level.

The Eastern Cup consists of eight races, two per weekend, spread out over the winter season.  This weekend will be the fifth and sixth races. To get ready, Henry is putting in more time with the Craftsbury team than with the U-32 team. Last weekend, Henry came in 27th in the U-20 race, which is all the racers aged 18-19. “That was better than I had thought I’d do, but I want to do even better this weekend,” he said. He’s been practicing extra this past week to get ready, and has also prepared his skis with special ski wax. “I used to just wax at school, but Craftsbury wants us to be self-sufficient waxers,” he said. Henry waxed his skis on Monday in preparation for a Saturday race, so that he could give the skis to Craftsbury, who apply special high-fluoro wax, which is hydrophobic, making the skis repel water and not stick to the snow. 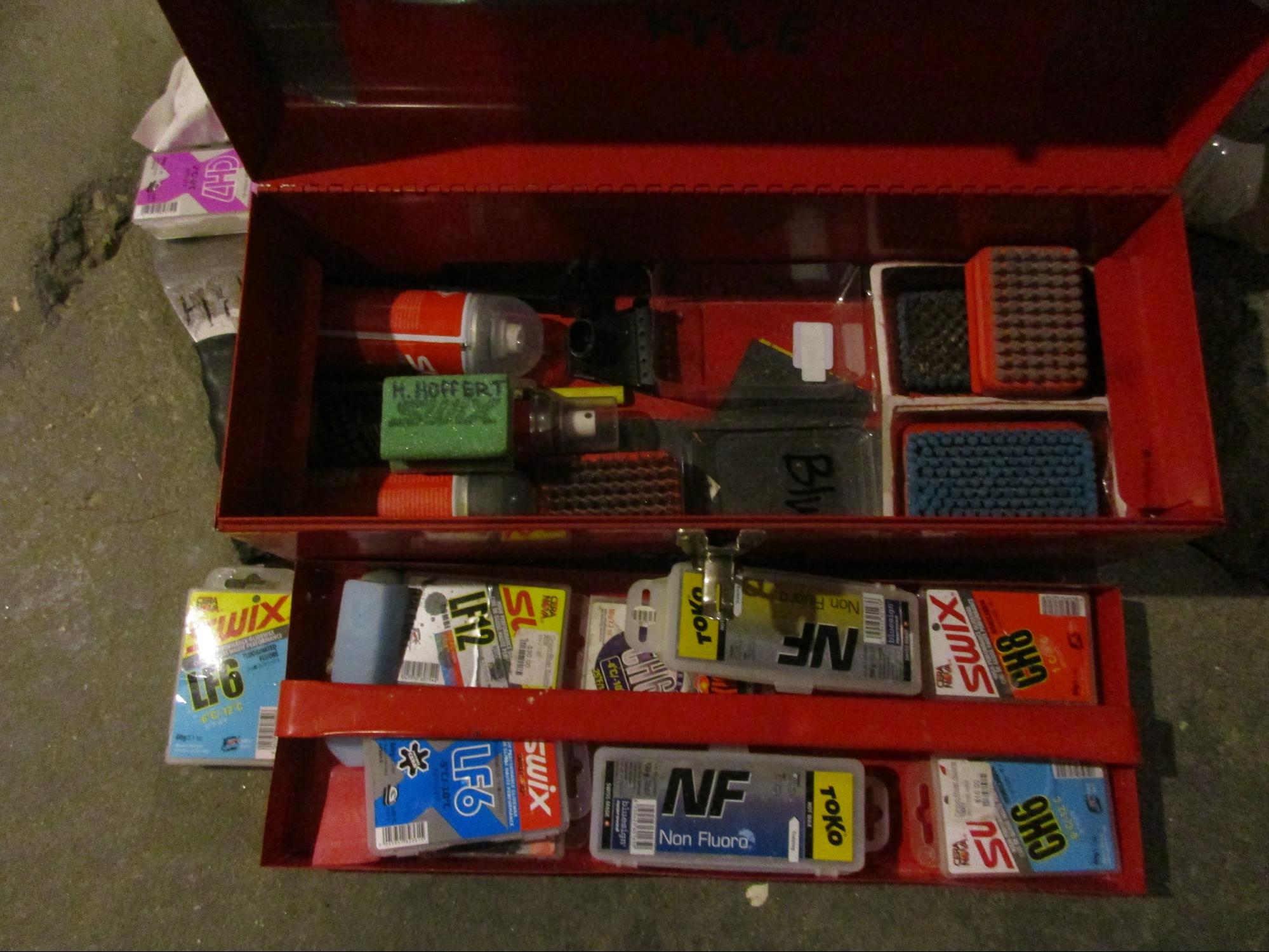 Above: Henry’s Wax kit, or “Arsenal.” 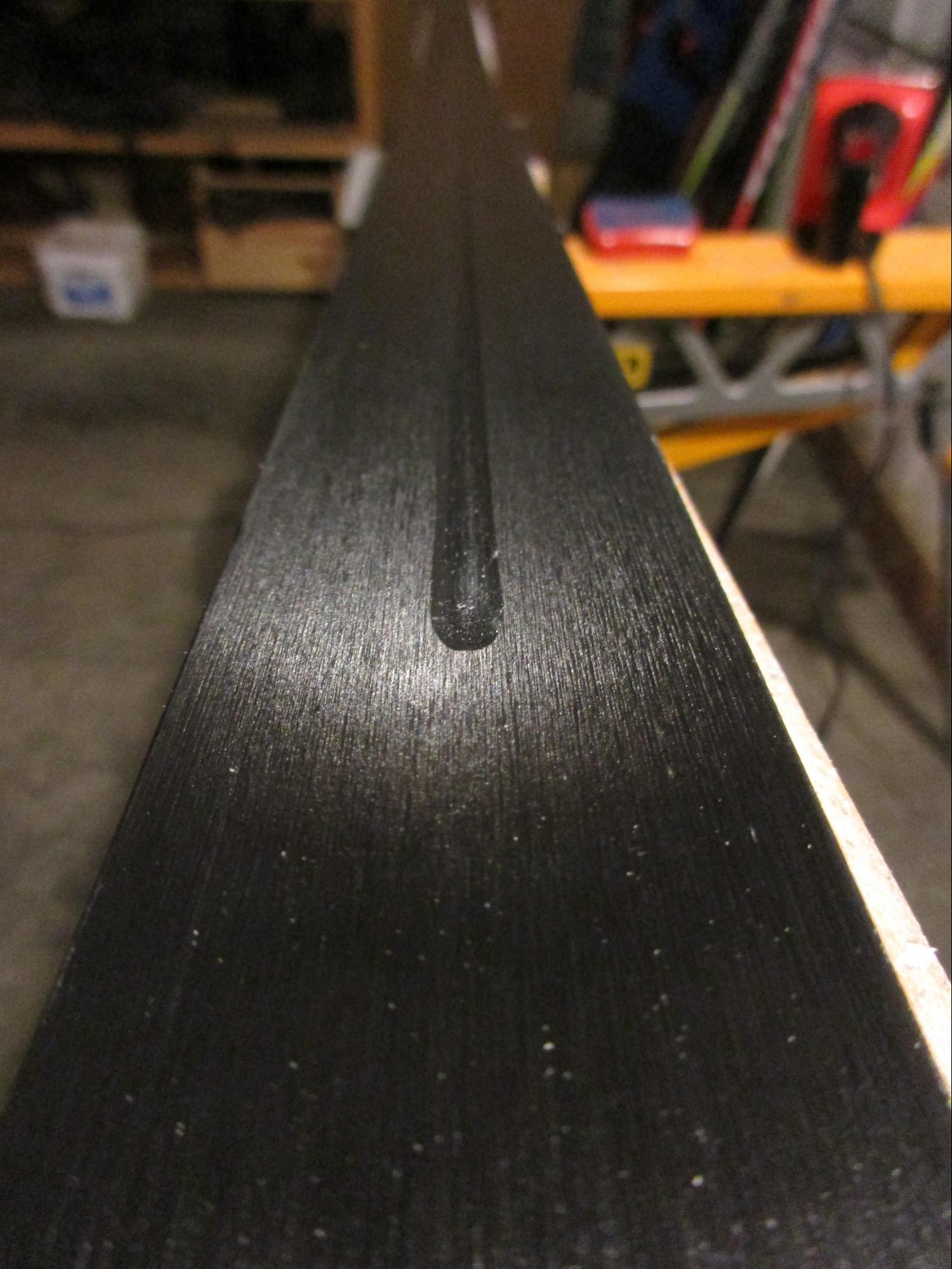 Henry said that the ski and the wax make a big difference, but that the skier is more important. “Extra practice, better wax… I’m hoping that I can do better,” he said. He isn’t expecting it to drastically change his time, but “when everyone else is so good, every second counts.” The weekend after, Henry got his wish, coming in 22nd. He is gaining confidence that he can make top 12 by the last race of the season, which is what he needs to do to advance to the next level, junior nationals.