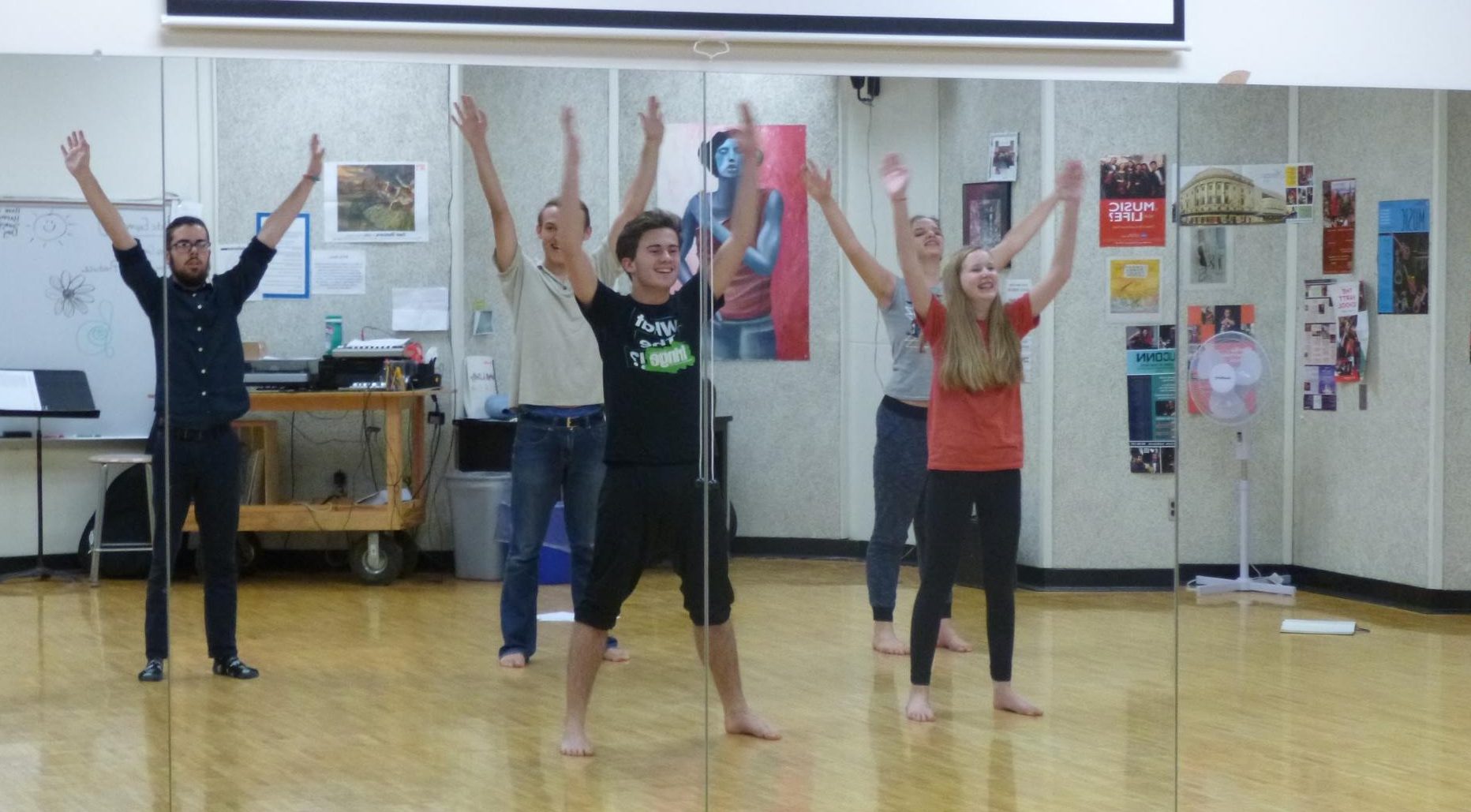 Ashley Mekkelsen, an avid player of soccer and lacrosse, never thought she would dance. In fact, she said “I would have bet a million bucks against it.” 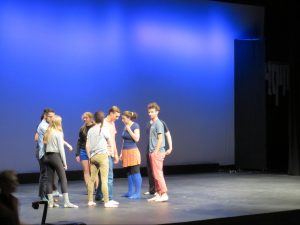 Students at the Dance 32 Auditions

During her session at Governor’s Institute of the Arts the summer of 2016, she took an Improvisational and Compositional Dance class, more on a whim than anything. She’d gone to GIA to get out of her comfort zone and try different things.

Although dancing was scary and challenging at first, Mekkelsen quickly came to enjoy it. “It just felt good to move how I wanted with support from my classmates, and zero expectations.”

When school resumed in the fall, Stage 32 announced that it would be starting a new program in the winter, Dance 32.  U-32 hasn’t had a program solely focused on since the early 90’s. Led by Heather Clark-Warner, Dance 32 will put together movement and dance pieces, some of which are student works, for a showcase on February 11th.

Ashley Mekkelsen has never been a part of Stage 32, on or off the stage. Despite having many friends in the theatre, she said that being onstage “makes me kinda nervous.” 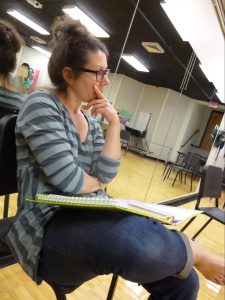 However, choosing the join Dance 32 seemed natural to her. “There is no doubt in my mind that it was something that I was supposed to do… I mean, what are the odds that U-32 puts a dance team together right after the summer I spend two weeks having the time of my life learning how to move?”

Mekkelsen isn’t the only new face in the Performing Arts department. Dance 32 member Nate Morris has never done a production with Stage 32 prior to this either. Nate decided to do Dance 32 “because of Guys and Dolls. It’s a pretty dance-heavy show.”

Even though Stage 32 is no longer doing Guys and Dolls for the spring musical, Nate enjoyed dancing enough to stay in Dance 32.

What makes Dance 32 so appealing to these new faces? Though many of the performers in the group are experienced dancers, many of the Dance 32 pieces opted for inclusiveness. Aven Williams has been dancing since she was five, while Orlando Grant has never had formal dance training, but both will be performing in the larger ensemble numbers.

“I want to show everyone that we have dancers here,” said Heather Clark-Warner during the second meeting for the program. “We have singers. We have actors. We have visual artists. But we also have good movers.”

Heather Clark-Warner has been working throughout her eight years of employment at U-32 to bring dance back. “It was on my very first day of school that I talked to Joanne Greenberg [the theater director at the time]. Found her in the hallway, introduced myself, and said, ‘Listen, I’m a dancer and a choreographer.’ And she was like, ‘Come with me.’” 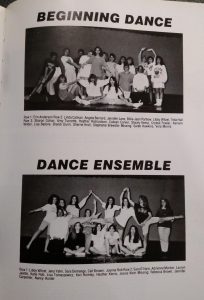 Pictures of dance classes from the 1994 yearbook

Dance was offered at U-32 from 1981 to 1994, and was based on Modern dance. Originally, what is now the orchestra room was the dance studio. By ‘86, the program had evolved into a Beginner’s Dance class and a Dance Ensemble, either of which could be taken for a PE credit.

In the early years is was run by faculty advisor Pat Pritchett, and worked closely with the theater group to form a whole Performing Arts Department. After, the classes were taught by Libby Witzel, until she left U-32 in the 90’s. The program continued for another year before it became too much of a draw on the budget and was cut.

Clark-Warner hopes that, while dance at U-32 is currently outside of school, she hopes to get is added back into the curriculum. Clark-Warner also teaches yoga, which was recently added to the list of classes offered here, so her hopes are high for the return of dance classes.

Dance 32 runs weekly after school, splitting time in the theater with Stage 16, with different pieces rehearsing on different days.