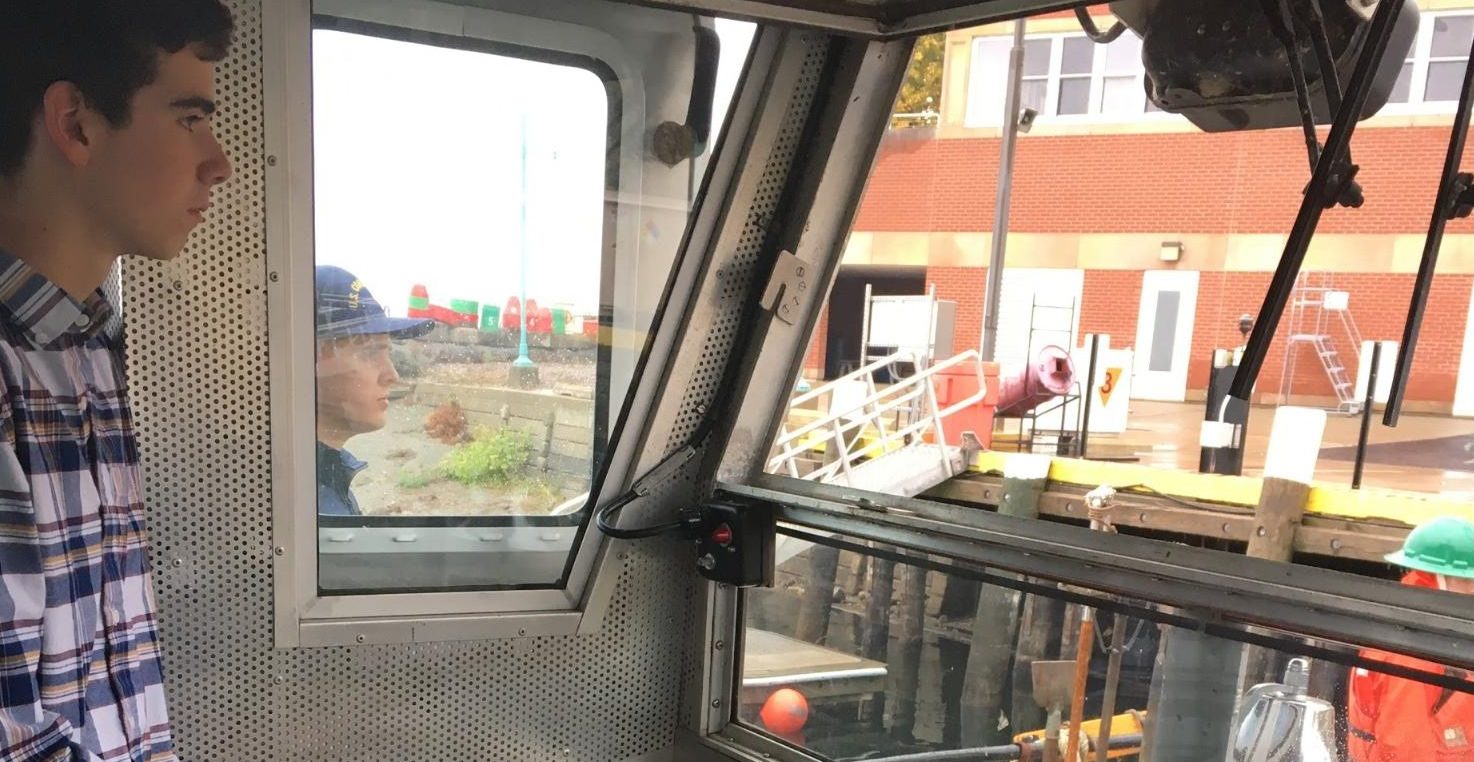 The everyday experience of boating, fishing and traveling the water on the lake with his grandparents has turned into Connor Aitchison’s lifelong dream of pursuing maritime adventures on his own — or with his “team.”

Aitchison, a senior at U-32, spends his Tuesdays and Thursdays at the Coast Guard Station in Burlington. On those days, he experiences what it is like to be a U.S. Coast Guard officer. Aitchison performs tasks such as tracking for ships on Lake Champlain, reeling in thousand-pound buoys, and patrolling the waters of the lake with his mentors. 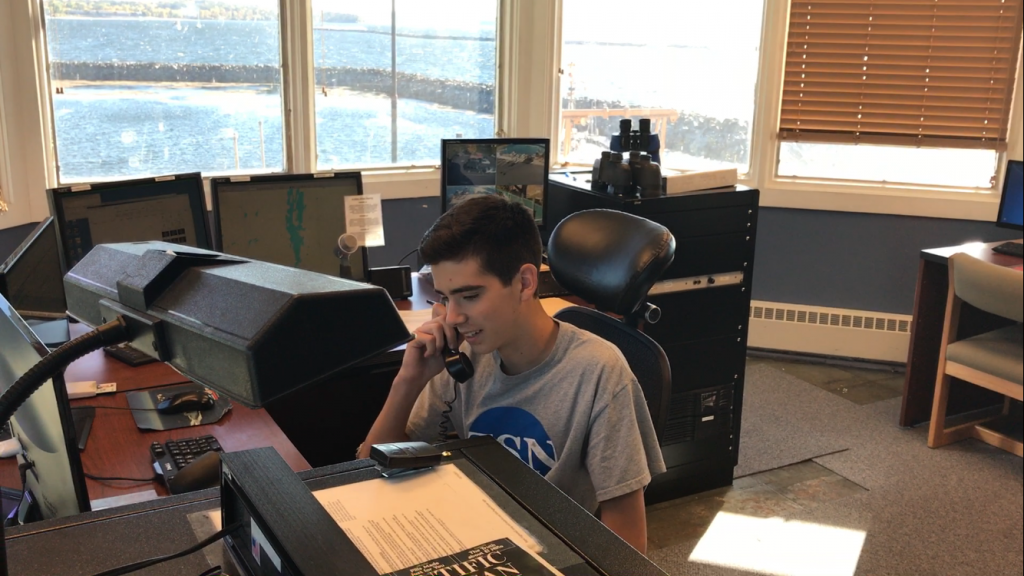 Connor talks to a boat from the Coast Guard Office in Burlington.

Whenever boats on Lake Champlain need help, they call in the Coast Guard. To find where in the water these ships are, Aitchison is learning to use a tracking system. “There are three towers on the Lake that pick up radio waves from the boat in trouble. These waves are sent back to the base and displayed on a computer screen so the Coast Guard can rescue them,” said Aitchison. 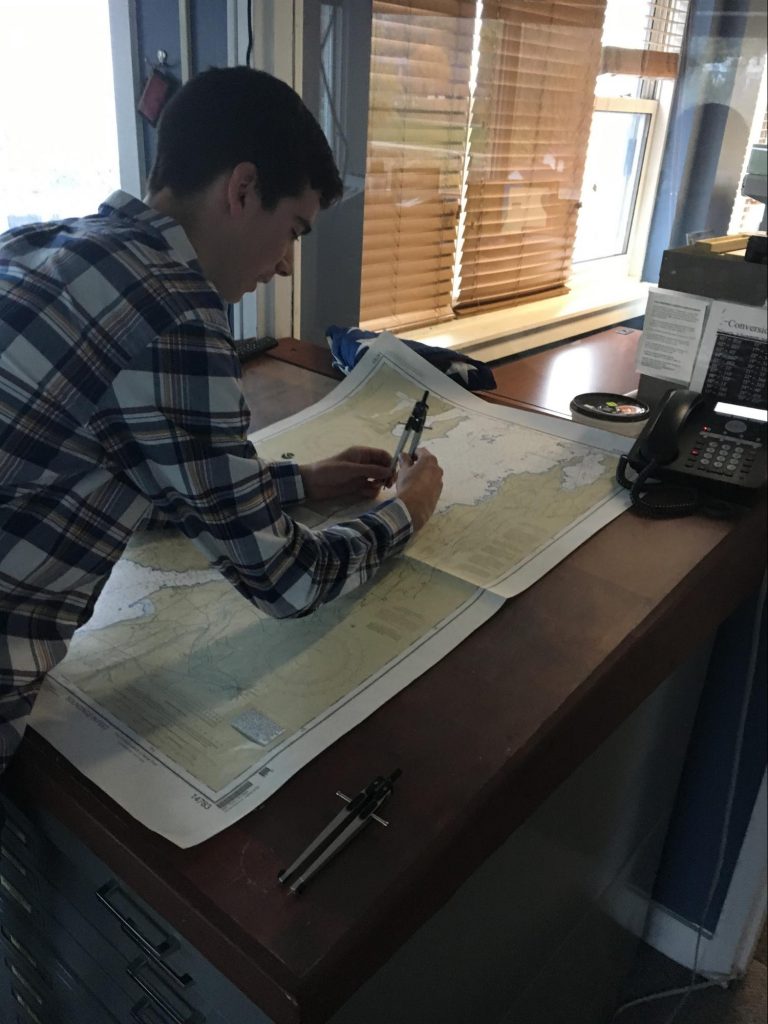 Connor uses a compass to make measurements on a map of Lake Champlain.

When he’s at the base, Aitchison has the opportunity to choose what he gets to do. “I’ll arrive at the station and sit down with my mentor, BM1 (Boatsman Mate) Foglesong,” said Aitchison. “We will talk for a few minutes and then he will ask me what I want to learn and depending on what I say, he will send me out with different Coast Guardsmen to learn what I need to know.” Aitchison is doing this study through CBL (Community Based Learning), which provides education and resources that U-32 cannot give. “I think this is great because I get to make my own learning plan and get to learn about what I’m interested in,” he said. 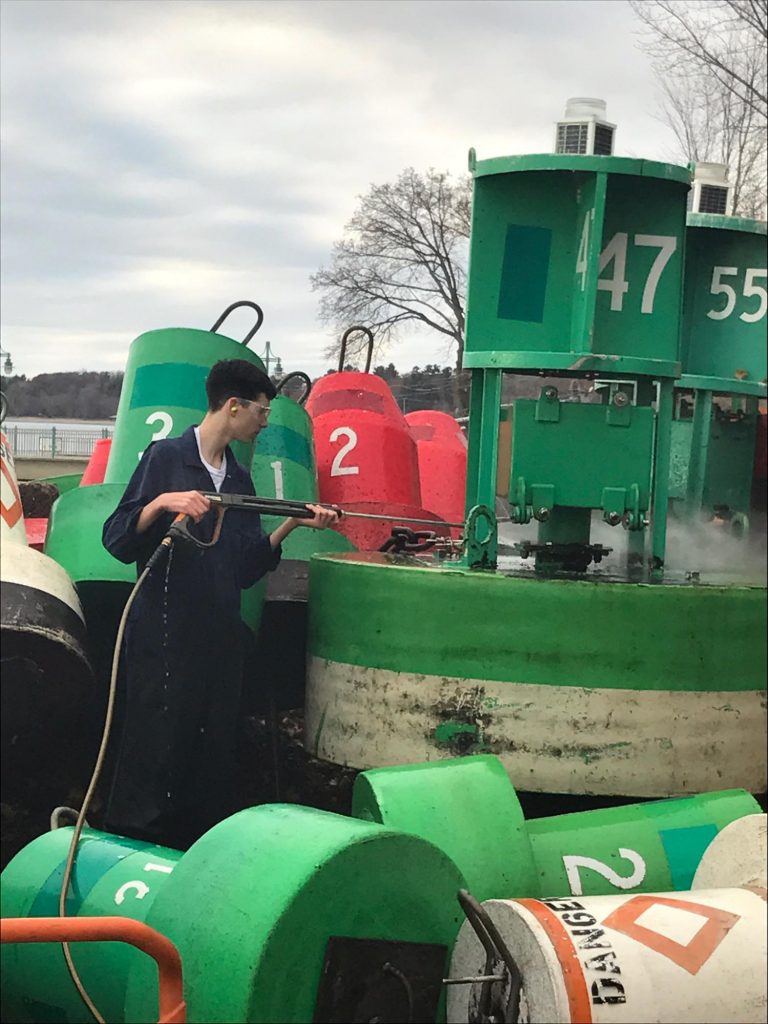 Connor learns to use a new tool on the buoys.

Aitchison’s favorite job to do at the Coast Guard Base is controlling the crane to bring in the thousand-pound buoys. “I really appreciated the trust that BM1 Foglesong had in me to operate the crane that was holding the buoy high in the air,” said Aitchison. “Everyone on the deck trusted me with their lives… if I messed up, I could’ve dropped the thousand-pound objects on them.” 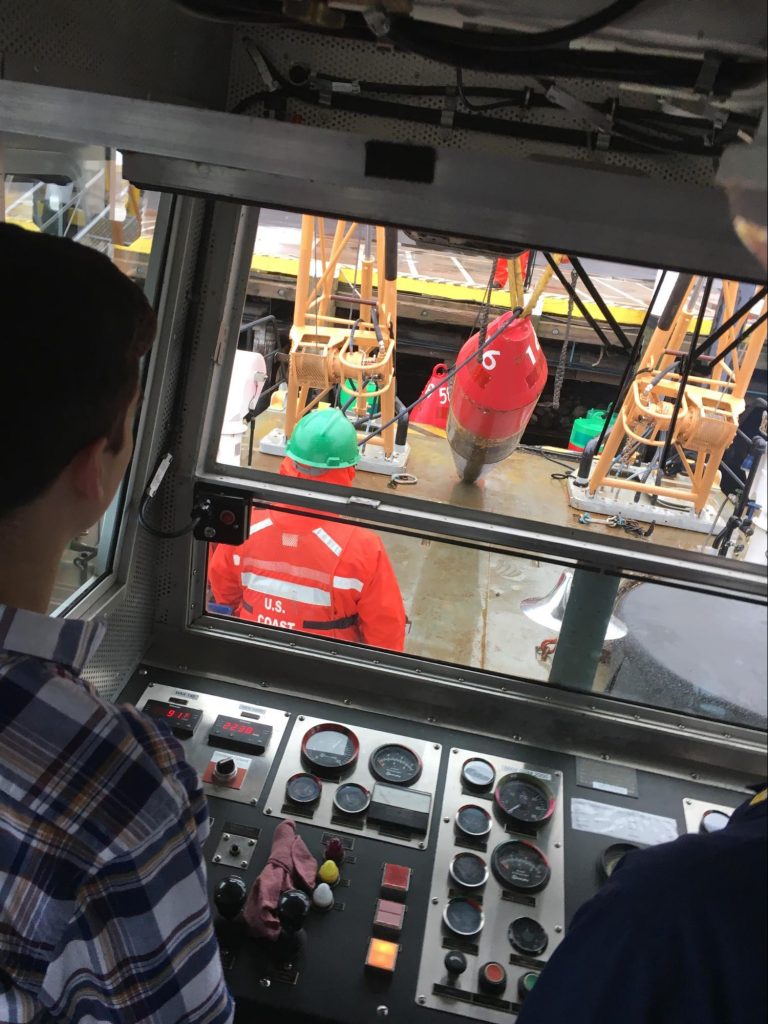 Connor lifts a thousand-pound buoy with the crane.

George Cook, the teacher in charge of setting up the CBL usually has to work “jointly” with his students to find a connection with their mentor. For Aitchison, it was a different story. “He (Aitchison) communicated with the folks up at the Coast Guard. It started with an email, then a phone call, then eventually, it turned into him going up there every Tuesday and Thursday,” said Cook. For U-32, this is unlike any other CBL in the past. Besides being student-driven, Cook said, “this is the first one that involved the education from the armed forces.”

Connor plans to use this experience to help his chances at getting into the Coast Guard Academy in the fall.