Should the PSATs be Mandatory?

Many students felt that this was unnecessary because they might not be taking the SATs or even be going to college. On the day of the PSATs, Alex Bell even did not come to school.

“I felt that the PSAT was a waste of my whole day when I could be learning to be a firefighter or an EMT, jobs that I actually feel like I want to do, so I just decided to not even go to school that day so I wouldn’t be wasting a day, I could be doing stuff at home, taking care of chores or doing homework. Things that actually matter.”

A lot of students who have to take the test not only feel that it is a waste of time but also a waste of money. Lisa LaPlante said that the school spends $1,755 dollars a year to pay for the juniors to take the test. She said that it used to be offered as an option. It happened on a Saturday, and every kid who took the test would have to pay $20 out of pocket.

LaPlante said that it is a good option to have it in school on a Wednesday for all juniors, because it gives “a good briefing to know what the questions are like.” She said that she was the main proponent of making the PSATs mandatory and in-school, rather than on a weekend.

“It gives us another way to figure out how kids are doing so it’s an assessment that we get good feedback from to see where in our curriculum we fall down.”

Another supporter of the PSATs in school is Eric Jacobsen. The PSATs are not only the practice test for the SATs but also the National Merit Scholarship Qualifying Test. Eric was one of the students who got to apply for the scholarship.

“They give $2,500 to 2500 different people, and then there’s another hundred scholarships which are from different companies that are associated [with College Board]. Some of those are really tiny amounts, and others will pay for your whole education.”

Jacobsen does say that if you are not going to take the SATs or go to college there is no point in taking the PSATs, but he feels that they are helpful for everyone who does plan to. 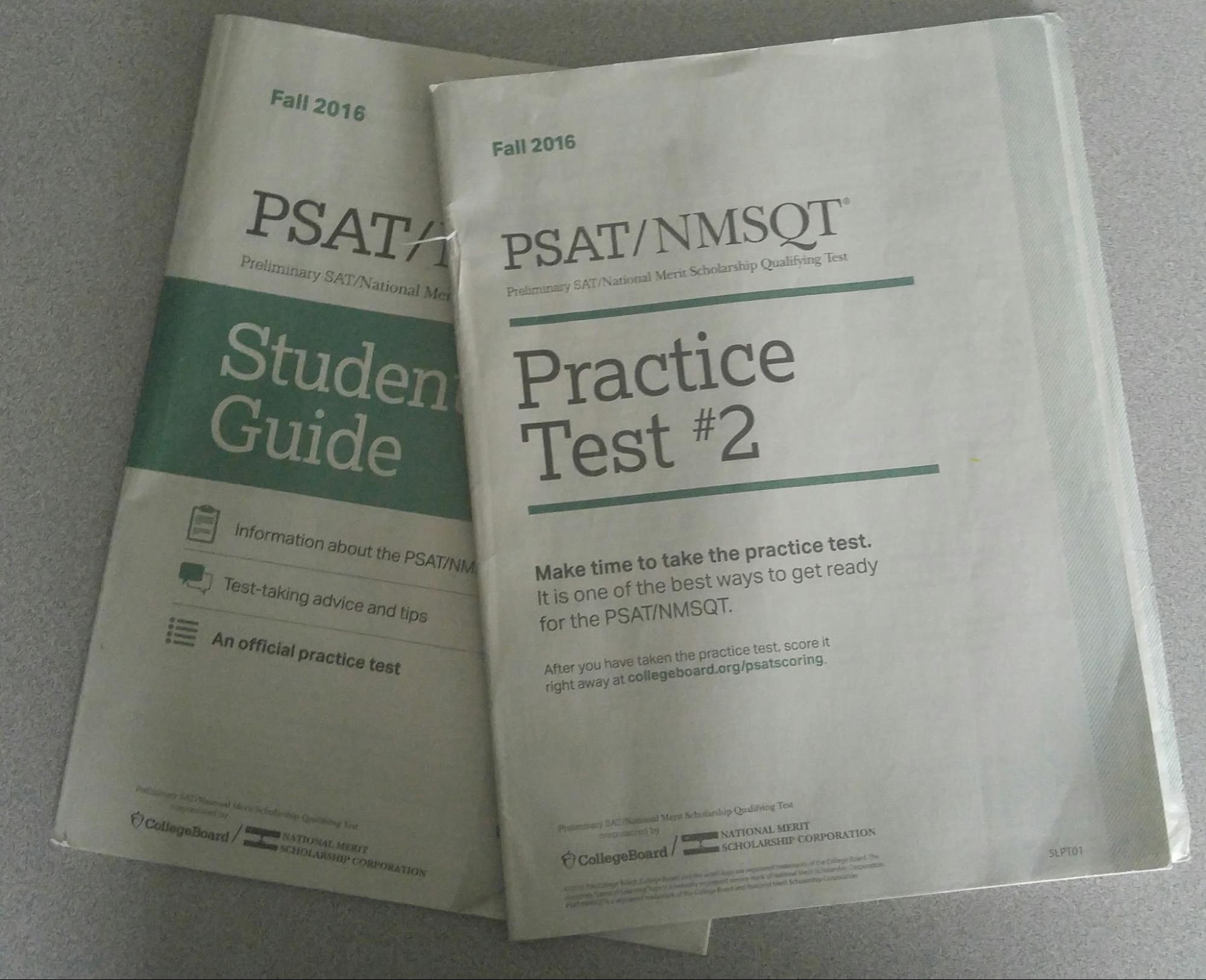 “ If you’re planning on taking the SATs then definitely [take the PSAT]. It just kind of shows you what it’s like. Even though you can take practice tests, it’s good to practice in an actual test environment.”

Overall students have a minimum of three standardized tests in their junior year. The PSATs, the science NECAPs, and the SBACs. According to the State Of Vermont Agency of Education the Science NECAPs take a total of four hours, not including breaks. The SBACs, according to Smarterbalanced.org, take a total of 8 hours of testing. The total testing time for the PSATs is 2 hours and 45 minutes. This makes a total of at least 14 hours and 45 minutes of straight standardized testing in junior year alone.

In the time that is spent testing students, almost eleven full classes could take place. That is more than 2 days of school. And that’s the bare minimum, not including break times, or the testing times for the kids in AP classes. The upside of the test are that we have different perspectives of how the school is doing on teaching the students. Is it worth having 2 school days of testing to see how the school is doing at teaching?

Junior Robin Hartzell says, “I think it could be organized a little differently but I think it’s good that they care about checking in with how good of a job they are doing, and seeing the areas that they can improve in.” He also said that it’s an accurate way to see how the school as a whole is doing, because “some people don’t do well under that kind of pressure… I don’t think they take it very seriously when they know that it’s not going to affect anything about their college options or their future after that.” Robin said that he wishes there could be a better way to assess the school on how it is doing.

No matter what your opinion on standardized tests is, chances are that they are here to stay.