Root Prevails in “Race of the Century” 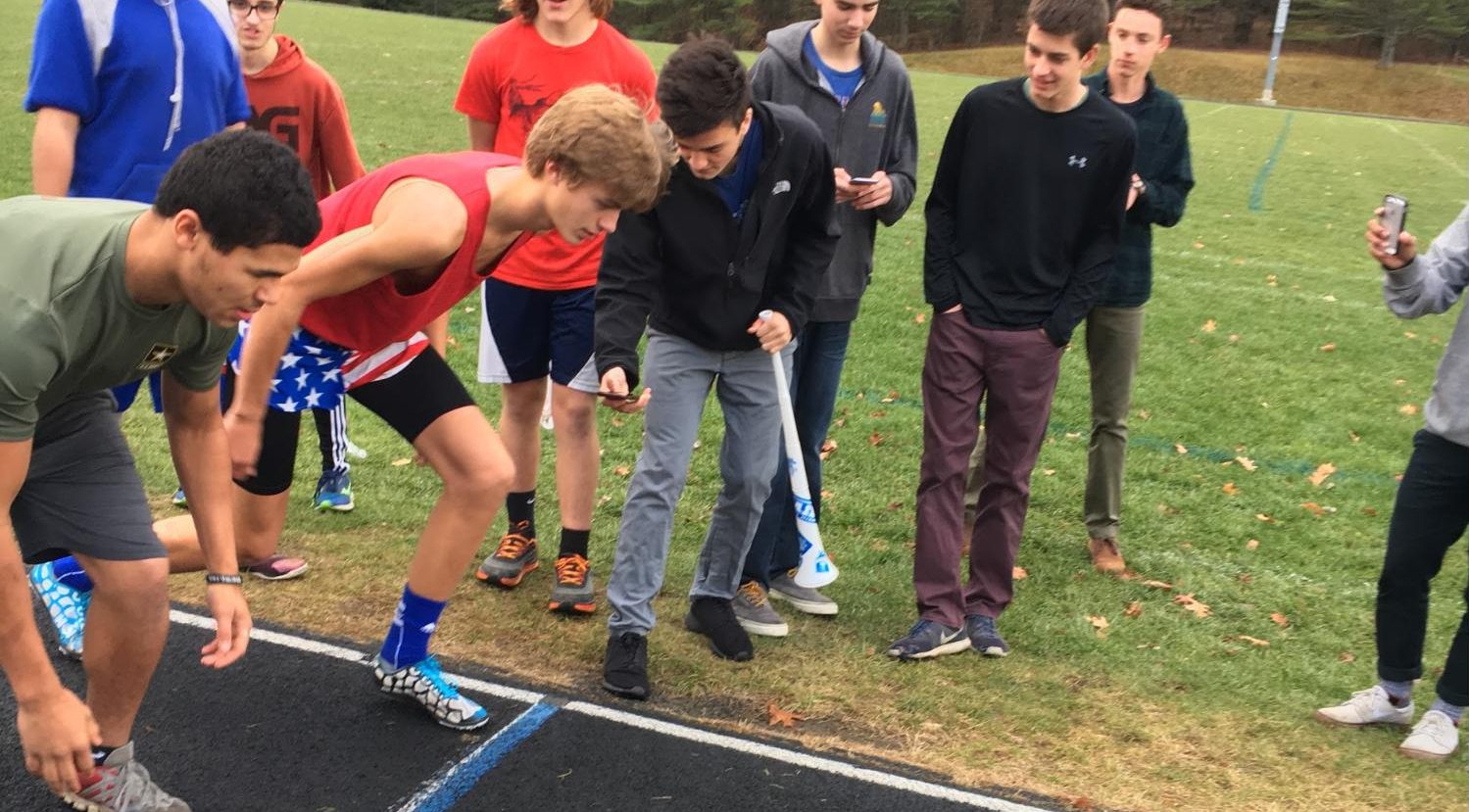 If you were a student walking in the halls of U-32 on Wednesday afternoon, it was normal to hear the words, “Are you going to the race?” 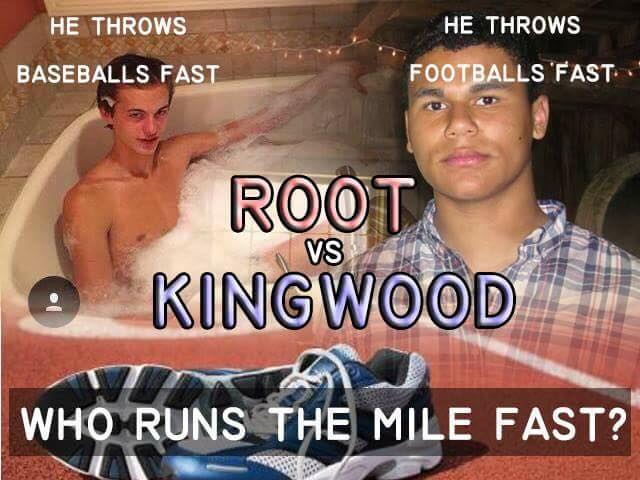 Above: One of several advertisements for the race.

Below: Root’s post, which kicked off the whole event.

In a soon-to-be-legendary moment after school on the U-32 track, a member of the U-32 cross country state championship team, Jackson Root, squared off against U-32 football player Issac Kingwood. 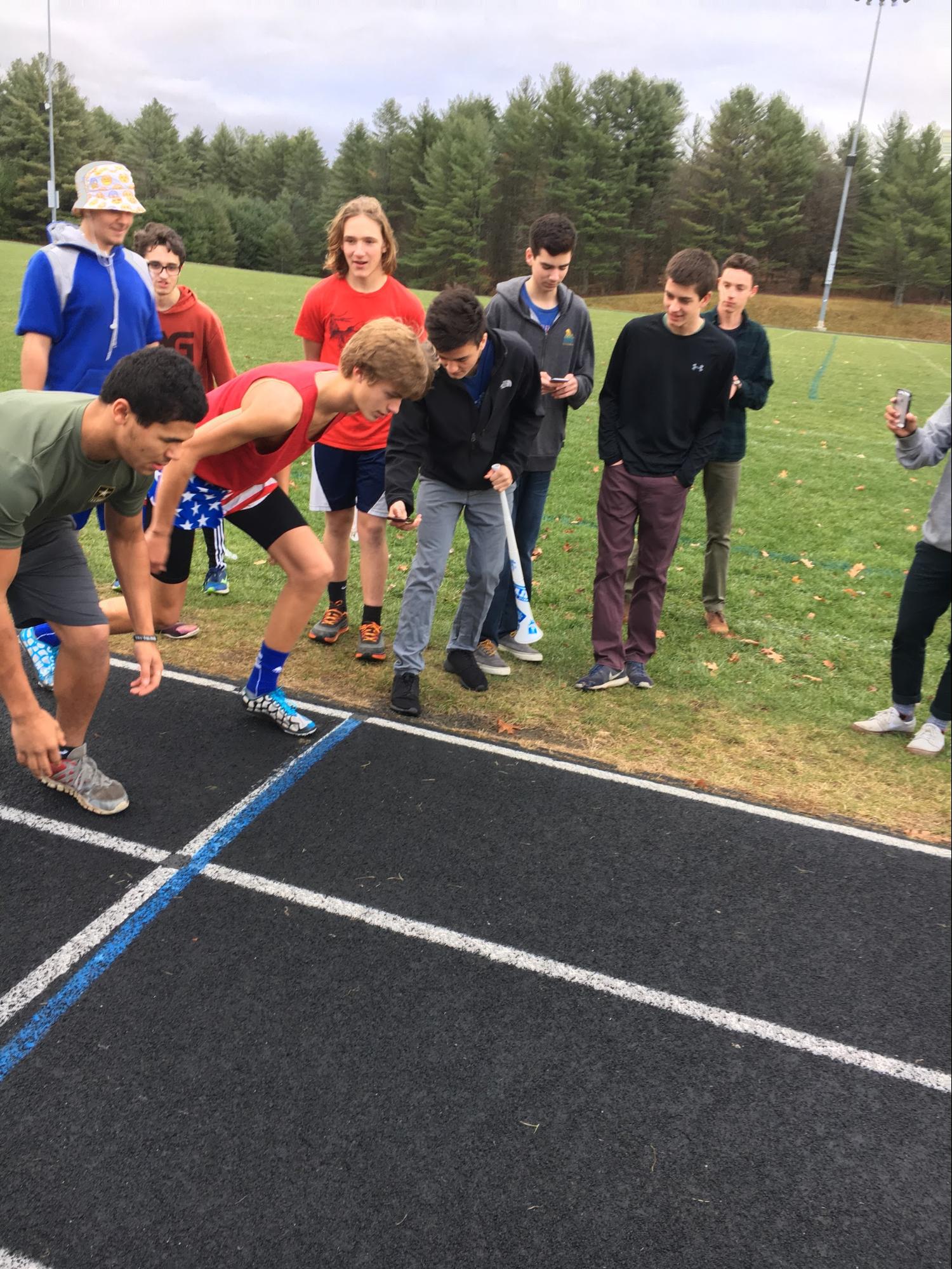 Root and Kingwood on the starting line.

It all started a couple weeks before the end of the fall sports season. To settle a discussion over who can run the mile faster, Kingwood challenged Root to a race that would take place after fall sports championships were over.

The race was forgotten after Kingwood and Root talked, but gained attention again when Root made a facebook post on Tuesday night, confirming the event. Once it was official, the countdown began, and on Wednesday, November 16, it went down. 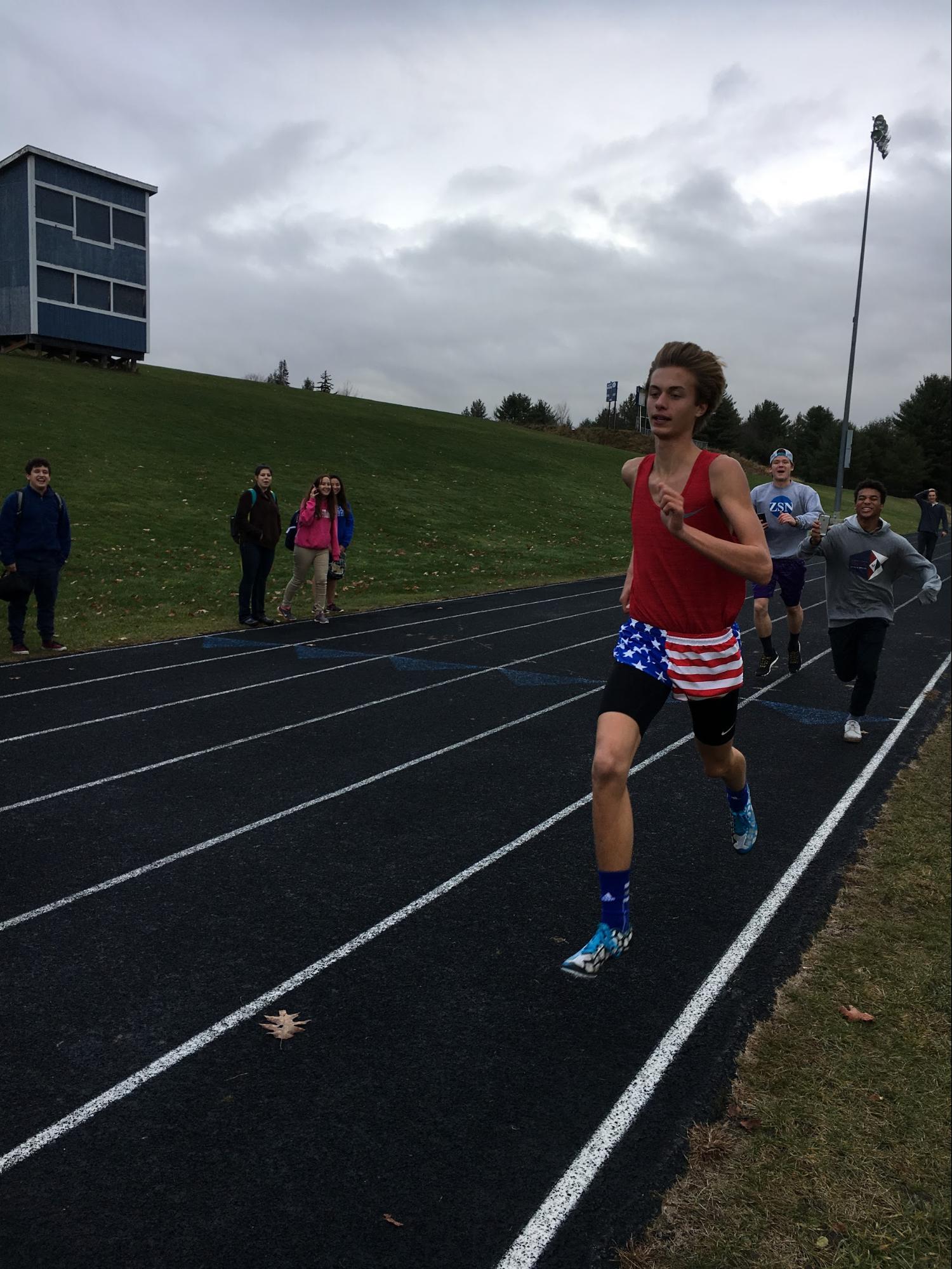 Root in his second lap.

On a cloudy, wet afternoon, upwards of a hundred students and teachers gathered around the track to watch the thriller of a race. Even teachers that were supposed to be in after school meetings were in attendance to watch. The assembled crowd faced the flag for the National Anthem, sung by Savannah Yates. Kieran Edraney made proper introductions for both runners,  and the race began shortly after.

Root and Kingwood bolted off the starting line and were tied neck and neck through the first lap. Then Root found a second gear and started to create a gap between him and Kingwood. But Kingwood was determined to finish the race. Root tied his PR with a time of 4:52.

After finishing the race, showing tremendous sportsmanship, Root hustled over to run with Kingwood through the final lap of the race. Kingwood finished the race with a time of 6:45.

Kingwood hopes that a lesson can be taken from the race. “Many people overlooked my abilities. I wanted to show my fellow players that anything is possible and I wasn’t going to accept a blow out by Root,” said Kingwood, “I was determined to finish that race strong.” 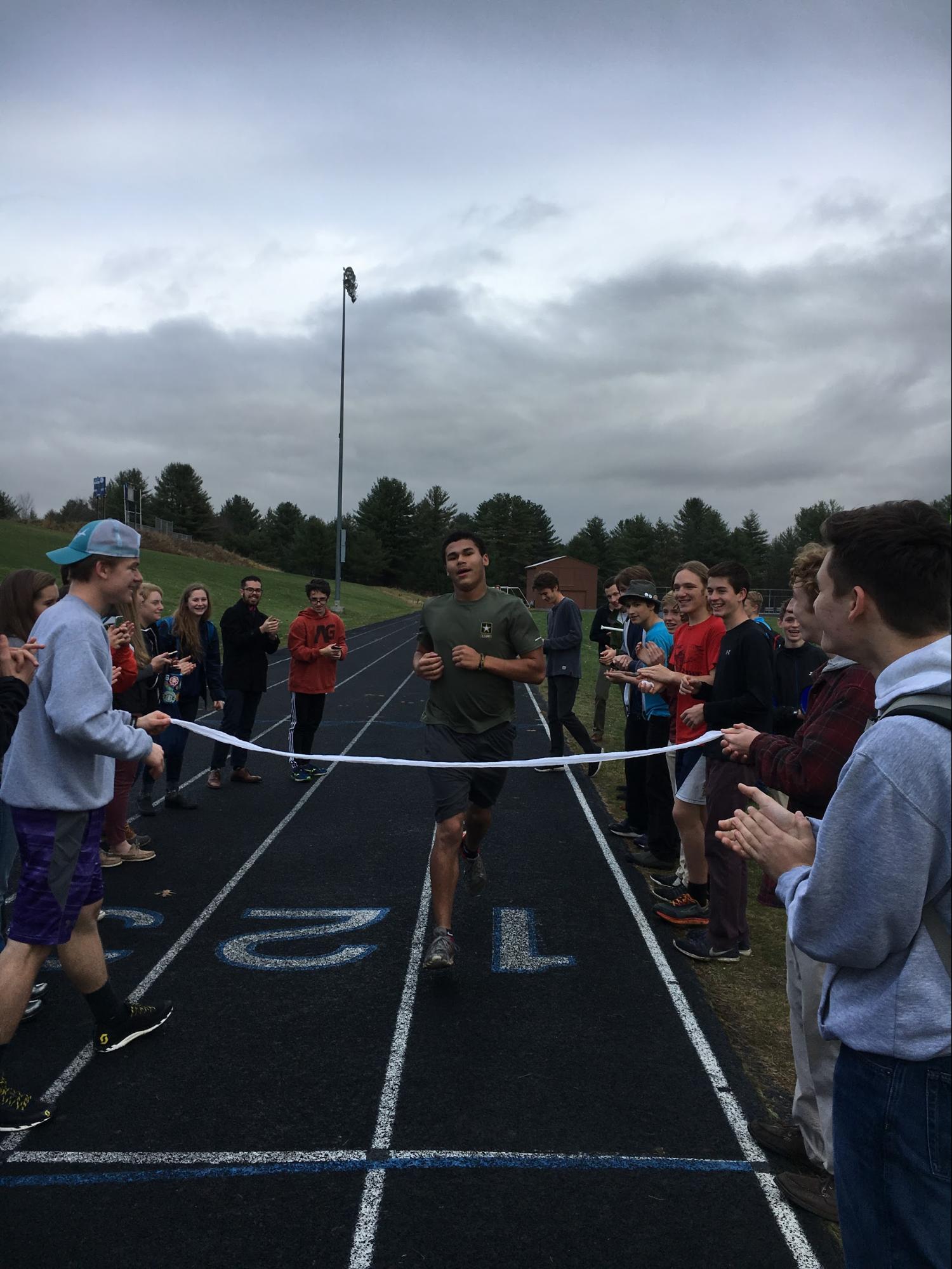 Root didn’t shy away from the fame. “I wanted to get out there, put on a show for the people, and [set a] PR,” said Root. Root took advantage of the spotlight. “This was an individual race not a team one. I really wanted to make the crowd go wild.”

“It wasn’t the result I would have liked to have but it was cool to see how our school can have an event like this and it felt good,” said Kingwood, “I think it was just cool that we can have friendly competition with good sportsmanship.”

The entire race was livestreamed by Noah Elmore. If you happened to miss it, you can see the archive version on his Facebook page.