As a kid, you could find my dad racing through the tall grass of his backyard field with his brothers and the neighborhood kids.  Everyone was dressed head to toe in green uniforms, and armed with cap guns. It was the Germans vs. the Americans.

My dad was always an American, fighting for both freedom and the coveted c-rations.  However, the Germans weren’t so easy to beat. They fought dirty and dug deep holes into the ground, covering them up with long grass to trap an unknowing American. My dad was smart and always led the American soldiers through the deadly German minefield to victory. Even in a simple game of pretend, my dad was a cool, calm, and collected leader. He saw danger and knew how to avoid it.  My dad would soon learn that these character traits would become one of his biggest assets after joining the military and deploying to Afghanistan.

My dad, Patrick Aldo Kirby, was born on March 6, 1969 and grew up in East Montpelier, Vermont with his parents and two brothers, Kris and Billy. 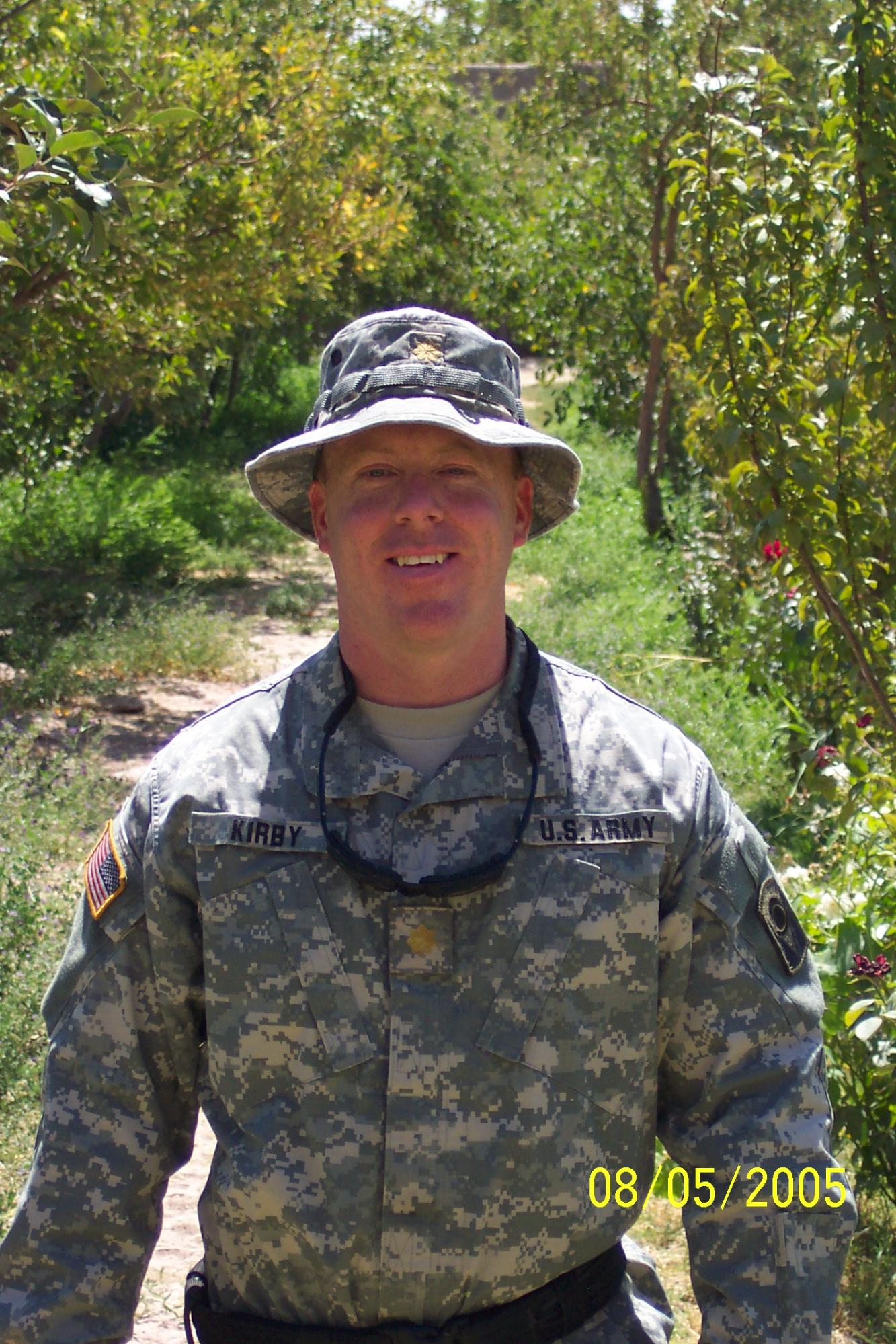 In high school, he was a three sport athlete who played soccer if the fall, basketball in the winter, and baseball in the summer.  He was a fairly good student and was accepted into Norwich University in 1991, acquiring a bachelor’s degree in Business Administrative Management.  After graduating from college, Patrick entered the Vermont National Guard and worked his way up the ladder to reach his current rank of Lieutenant Colonel.

In 1993, my dad met my mom, Sara, and later married her.  Then I was born along with my little sister named Caroline.  We were and have always been a really close family.  So it came as a huge shock when my dad was deployed for the first time to Afghanistan in 2005.  However, I learned that this news was no surprise for my dad.  “Ever since the towers went down I began mentally preparing to be deployed.”

After the terrorist attacks on the World Trade Center on September 11, 2001 the Bush administration declared Afghanistan to be a vital part in the “war on terror.”  Operation Enduring Freedom (official name for war on terrorism) began on October 7, 2001 in hopes of stopping the Taliban from providing a safe haven for Al Qaeda therefore preventing Al Qaeda from using Afghanistan as a base for terrorist activities. 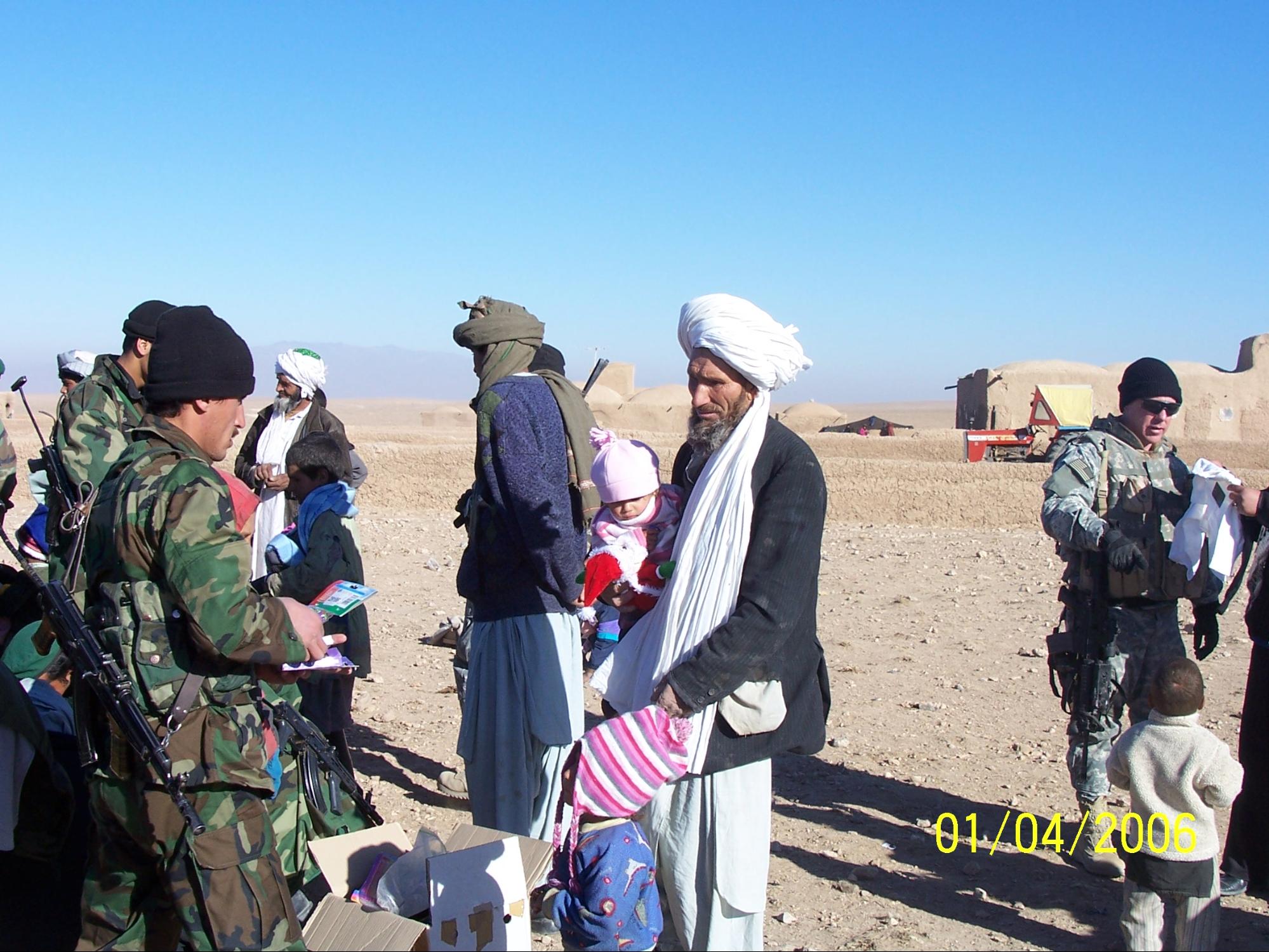 My dad was deployed from March 17, 2005 to July 19, 2006.  During the first three months of his deployment, Patrick was stationed in Camp Shelby, Mississippi, to receive training in the Afghan language, defense tactics, Afghan culture, and weaponry before travelling to Afghanistan.  One of the most important skills Patrick learned in his training was the war strategy of counterinsurgency. The dictionary definition is the action taken by a group or an army to counter against the people who are trying to disrupt the government, but my dad thinks of counterinsurgency a little differently. “Counterinsurgency is all about winning the hearts and minds of the people.  We can’t just kick ass in Afghanistan and then leave.  We have to foster a connection between the government and the Afghan people so we never have to go back.”

On June 20, 2005 Patrick left for Afghanistan.  He boarded a civilian charter plane with his 12-man embedded tactical training team (ETT) and then flew to Base Manas Tajikistan.  “We had to fly into Tajikistan, a country neighboring Afghanistan, because flying in directly would be too dangerous.” 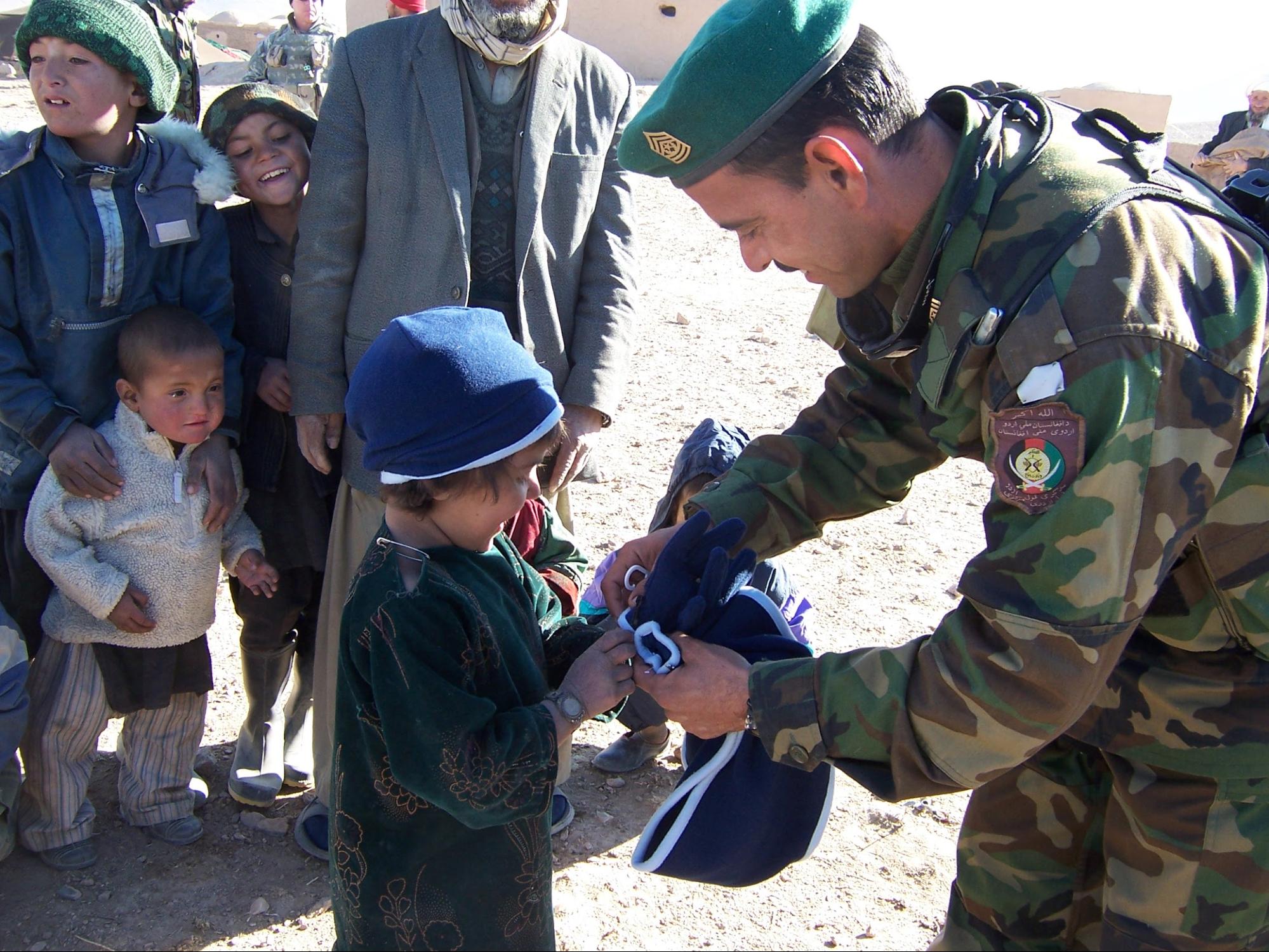 When my dad finally arrived in Kabul, Afghanistan he was completely overwhelmed.  “When we first arrived in Kabul, Afghanistan my senses were assaulted with foreign smells, sights, and sounds.  The smell of burning trash and human feces was almost unbearable.  Thousands of civilians lined the overcrowded streets along with many trucks, motorcycles, and horse drawn wagons, all weaving in and out of traffic.  I remember walking by a skinned goat hanging on a pole in front of a butchers shop and I watched as an Afghan man attempted to swat swarming flies of the fresh hunk of meat.  It was an entirely different world.”

After a long day of travel, Kirby finally arrived at his camp, Camp Victory Herat.  It was a small camp that held approximately 1,200 Afghans and 75 U.S. soldiers.  My dad’s mission was to train the Afghan National Army in the ways of war so they could better protect their citizens.  He and his ETT team mentored the Leader’s of an Afghan Brigade (a brigade has roughly 3,500 men).  My dad was in charge of all the operations on his team.  He would set-up the routes for his team’s missions and give direct training to the Afghan Operations officer. 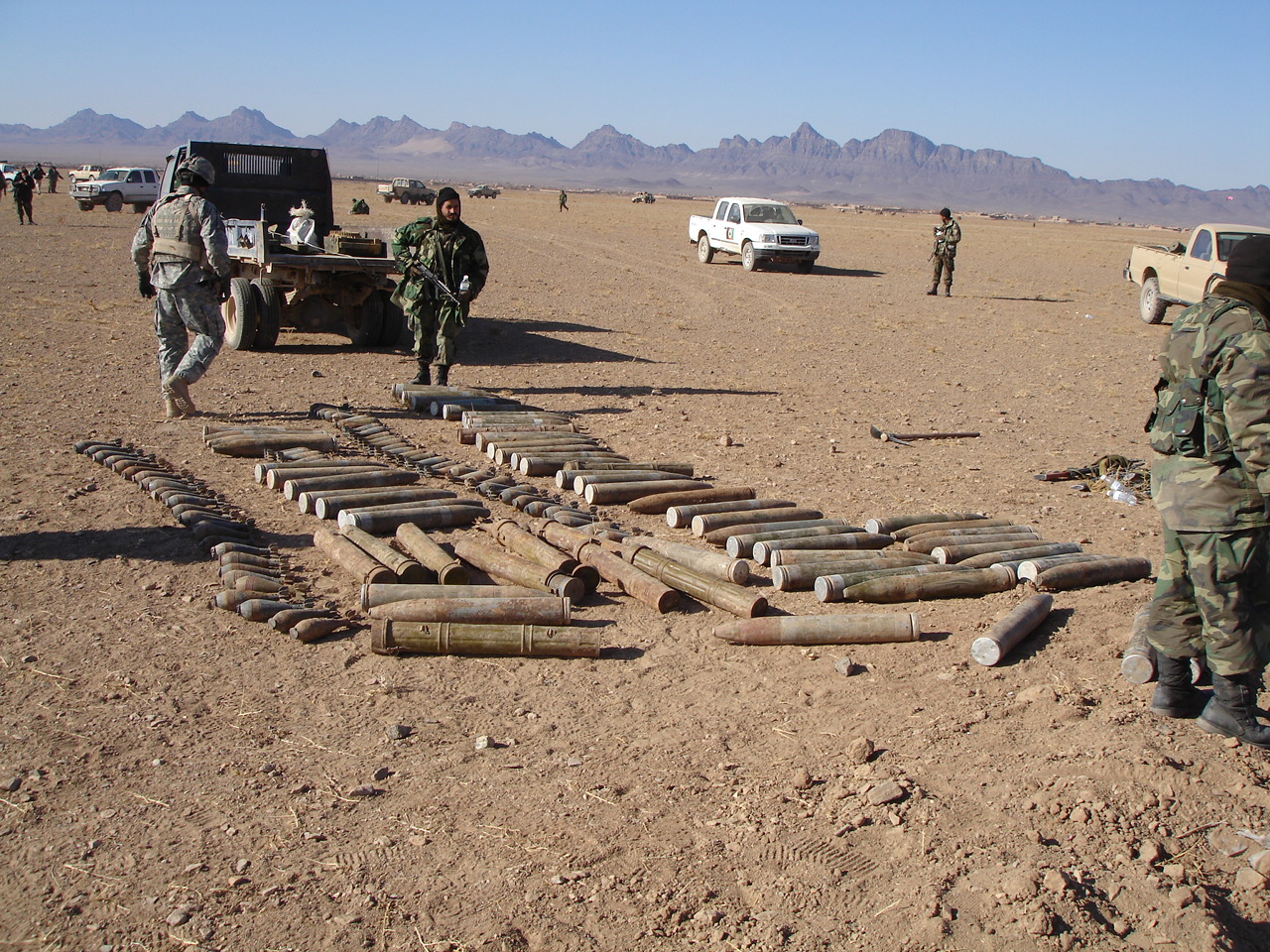 “It was pretty scary.  If I had picked a bad route we could’ve been blown-up.  I was taught to be vigilant of my surroundings.  Everything from a tin can on the side of a road to an animal walking across the street could have been a possible IED (Improvised Explosive Device).”  Patrick always had to be aware and prepared for any possible attacks.  He almost never took his body armor off and carried his gun wherever he went. “We had to deal with the environment, the natives, and the enemy.  We would have to worry about not only the Taliban but also regular criminals like localized mafia, drug dealers, and crooked police officers.  You had to be able to tell the difference.”

In the very first week after arriving in Afghanistan, Patrick and his team ran into some trouble.  They were on their way to visit battalion sites in Farah when all of a sudden an unknown enemy began attacking them.  An Afghan truck ahead of them swerved off the road after hearing the gunfire and flipped end over end, blowing out the front windshield and crushing the cab in.  Patrick, knowing how to treat injuries, went over to the totaled Afghan truck and pulled the men out.  They were still alive so he treated them for shock and gave them an IV.  “All of the Afghans riding with our convoy thought we were doctors and wanted to take pictures with us just because we knew how to put an IV in.  We won their trust that day, and it made me feel good that we were helping the Afghan Army and the Afghan people.” 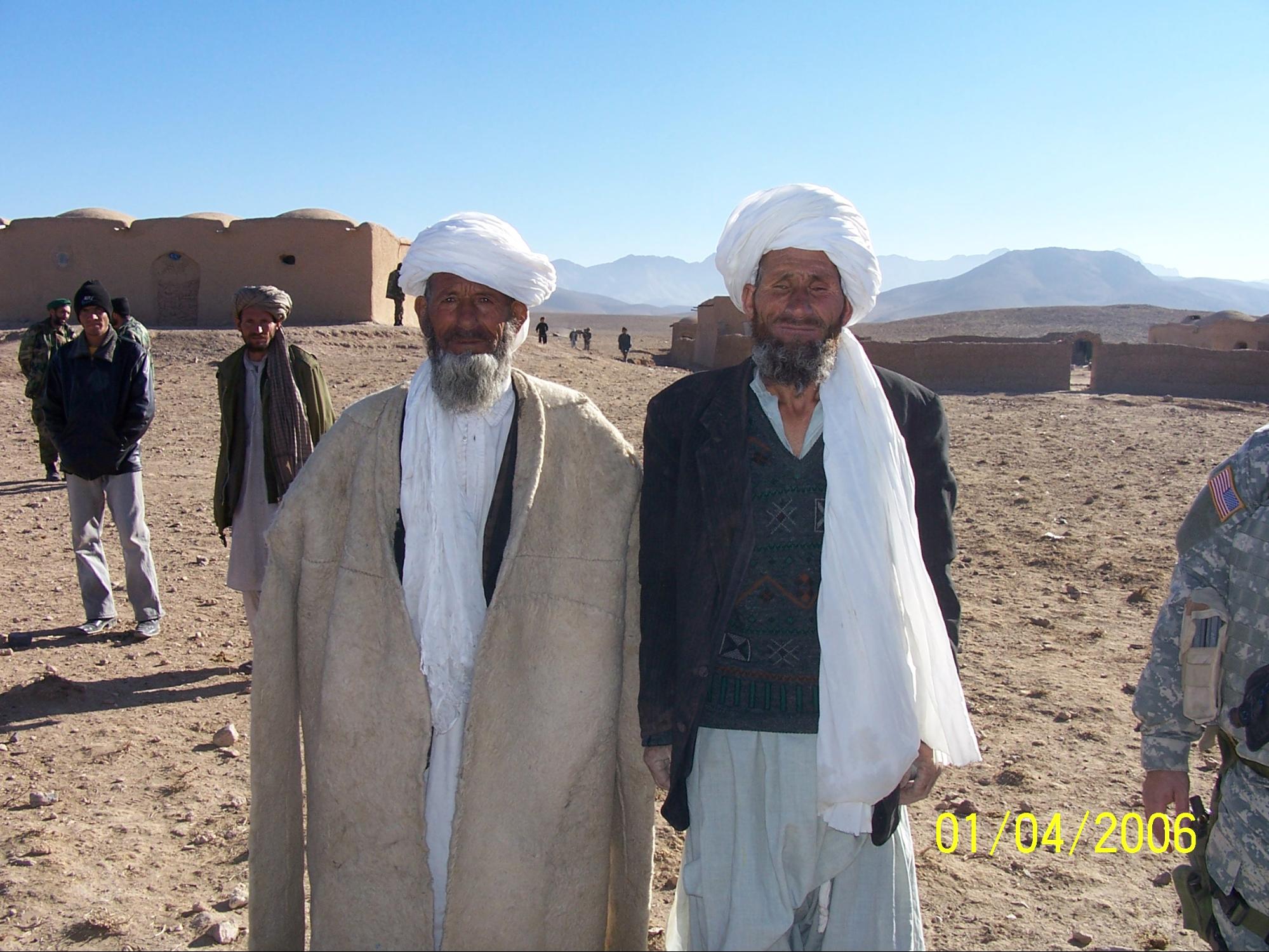 One of the most important missions of my dad’s deployment was the Goodwill Mission.  Right outside Camp Victory Herat there was a small village named Zangalab.  The wife of one of the men on my dad’s team had her church donate clothes like hats, mittens, and jackets to give to the Afghan children.  So Patrick and his team traveled to Zangalab to give the donated goods to Afghan civilians. However, the most crucial part of the entire mission was to make sure that the Afghan Army (A.N.A) was the ones who gave out the clothes not the U.S. soldiers.

“You would never see an American soldier give anything like food, clothes, or medicine to the Afghan civilians.  We would always give things to the Afghan soldiers to give to their people because it fostered trust between the Afghans and their government.  We wanted them to be the heroes, not us.”

While my dad was in Zangalab he recalled a young girl walking around without a Burka covering her hair and face.  “I was completely shocked because I have never seen a Afghan girl without one.  She completely trusted us which was the whole goal of the entire mission.  .  .  to earn the trust of the Afghan people.”

Towards the end of my dad’s deployment he was assigned his most dangerous mission.  He was on his way to Helmand Province with his Embedded Tactical Training team, 10 U.S. Humvees, 30-40 ANA soldiers, and 10 Afghan civilian contractors to deliver supplies to a special forces team and an Afghan battalion (approximately 700 men).  One their way to the most treacherous province in all of Afghanistan, they ran into another convoy (group of vehicles) that was carrying out the same mission.  With the combined convoys there was approximately 50-60 trucks, 30 American soldiers, and roughly 60 Afghan soldiers. 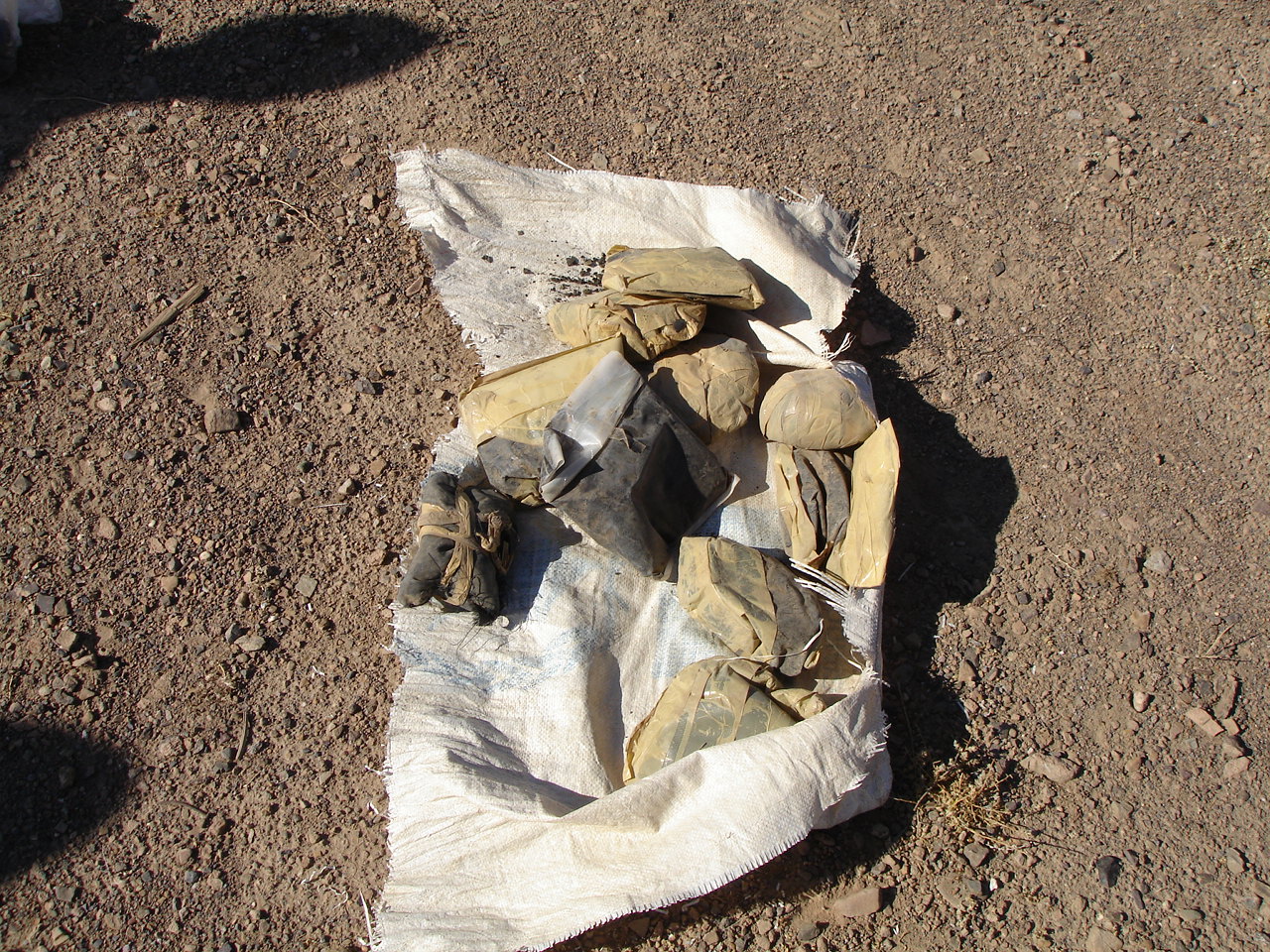 They finally arrived at the base in Helmand Province which was a small mud hut located on top of a plateau overlooking a large valley.  Poppy Fields covered the ground near the banks of a wide river twisting through the barren and dry landscape of Afghanistan.  My dad barely had time to catch his breath when they received intelligence that a group of Taliban was getting ready to attack the compound.

The fighting began at 2 a.m. and lasted well into the morning.  “It was so chaotic.  Everyone was just running around and shooting wherever, hoping their shots would hit a Taliban.  It was like rules of war were forgotten and everyone was on their own.  A close friend on my team, Doc Stone, was killed that night and he wasn’t killed by a Taliban but was accidentally killed by an American Soldier.  That night I remember Doc Stone saying, ‘This is my third tour and I have never seen it so bad.’”  Later, my dad learned that he fought in one of the biggest Taliban attacks ever recorded.  Approximately 140 Taliban attacked them, which is rarity since they are fond of attacking by small hit and run groups.  “I was lucky to even have survived that night,” Patrick stated.

On July 19, 2006 my dad came home.  He won many awards for his actions in Afghanistan including the Bronze Star Medal.  Patrick was then deployed for a second time in January 2010.  He deployed again in 2010, but this tour was by far his most memorable.  My dad is currently home and works in Burlington for the Vermont National Guard.  He is beyond grateful to be back home safe and sound, but if he had to make those sacrifices again for our country he would do it in a heartbeat.  “It was a mistake to pull out of Afghanistan.  After everything I saw and experienced the people of Afghanistan needed our help and it was the most empowering feeling to know I could give it to them.  It was terrible being away from my family, but if I had the chance to go back in time I wouldn’t change a single thing.”