How Jazz is Made 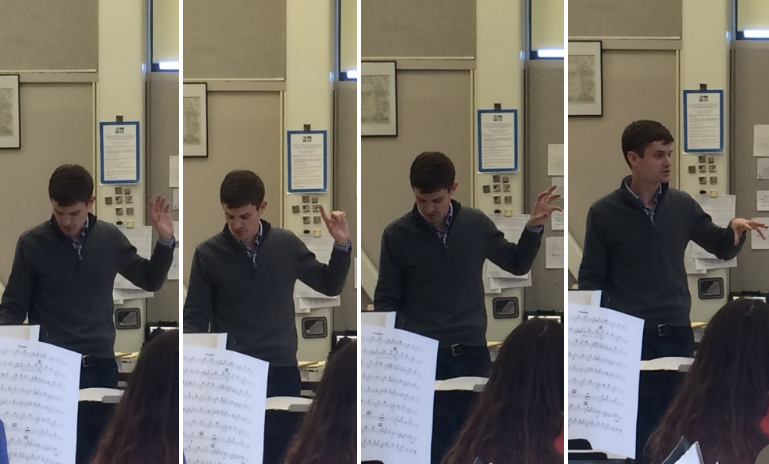 It’s 9:45 AM on a Friday. The kids in the Jazz Band are scrambling to find their instruments, set up their music stands and prepare for class. David Powelson, U-32’s new Jazz teacher, walks in and sits at his desk. Everyone is in their seats waiting patiently for David’s next move.

David asks rhetorically, “What is the difference between practice and rehearsal?”

“Practice is done by yourself. Rehearsal is where you come together and put all of your work into making the music.”

The Jazz Band’s quarter one concert showcased their work so far this year through performance of three standards: Mongo Santamaria’s “Afro Blue,” Miles Davis’ “All Blues,” and Lee Morgan’s “Cornbread.” Behind the scenes, in the weeks before the concert, there was a careful process of preparation.

David said that one of the first steps to building a jazz performance is also one of the most obscure. “Picking music is usually the band director’s choice. You have to go through and find musics that’s going to work with your group.” He said he chose these songs because they were “worth performing, technically challenging, and going to be a variety for the audience to listen to.” 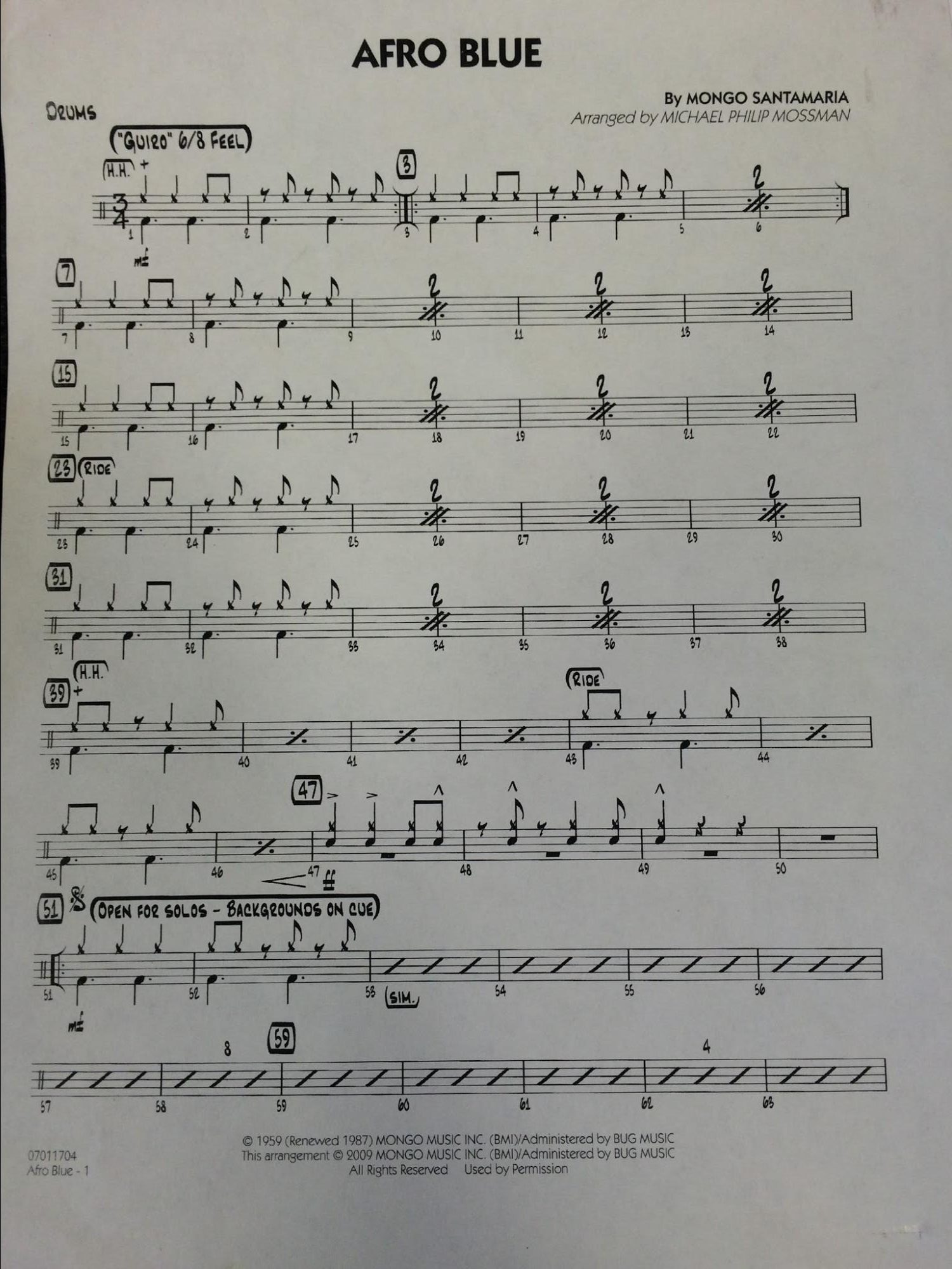 David described his classroom as “very independent, and I think all the students want to be there. I think that it’s important to them and they put effort and time into making it good.”

Emma Curchin, a senior trumpet player, detailed the process. “When we first get a piece of music, usually it’s pretty foreign to everybody. We listen to the song and the original recording to get the sense of how it’s supposed to be played. We don’t have the rhythm yet so we work through things much slower than the actual tempo. We build that tempo up and come back together and see how it fits.”

Curchin explained “there’s usually a technical section, and for those we go and do sectional rehearsals in the practice rooms, so the brass go in one, and the saxophones go in another and that allows us to work through things separately and then come back together.” 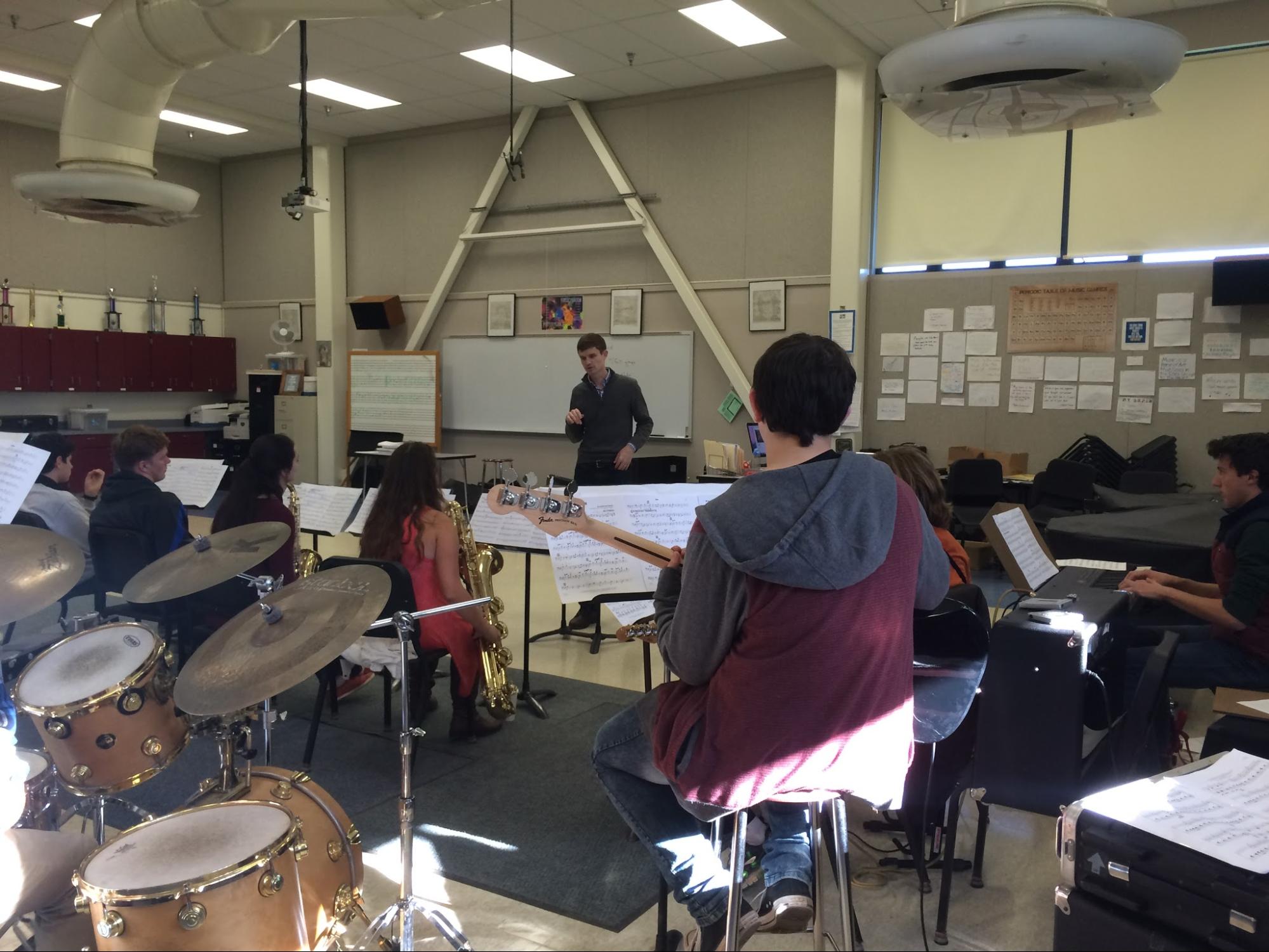 One challenge Curchin described was the song “All Blues.” “There was a section where saxophones had to work through it a lot more, separately from the group, so they did that and they came back and sounded much better. There were syncopated rhythms and they had a lot of interval jumping.”

Right now the Jazz band is working on a project in smaller groups, preparing pieces of their choice to perform at U-32’s Art Show in January.