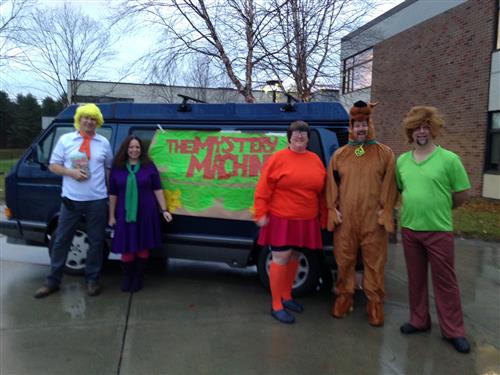 As some of you may have seen, this Halloween our school played host to the famed Mystery Machine and it’s crime-busting crew. Shaggy, Scooby, and the rest of the gang were sighted outside the main doors, greeting students as they entered the school. But did you know that their stay was not as benevolent as you may have assumed?

“When Scoobs isn’t hungry, he has quite a nose for nitroglycerin,” commented Shaggy, a member of the gang. “When he is hungry, like, he only has a nose for Scooby-Snacks, man.”

At press time, the unnamed perpetrator was seen in custody of the gang, with his mask being forcefully removed while shouting “And I would have gotten away with it, if it weren’t for those meddling kids!”