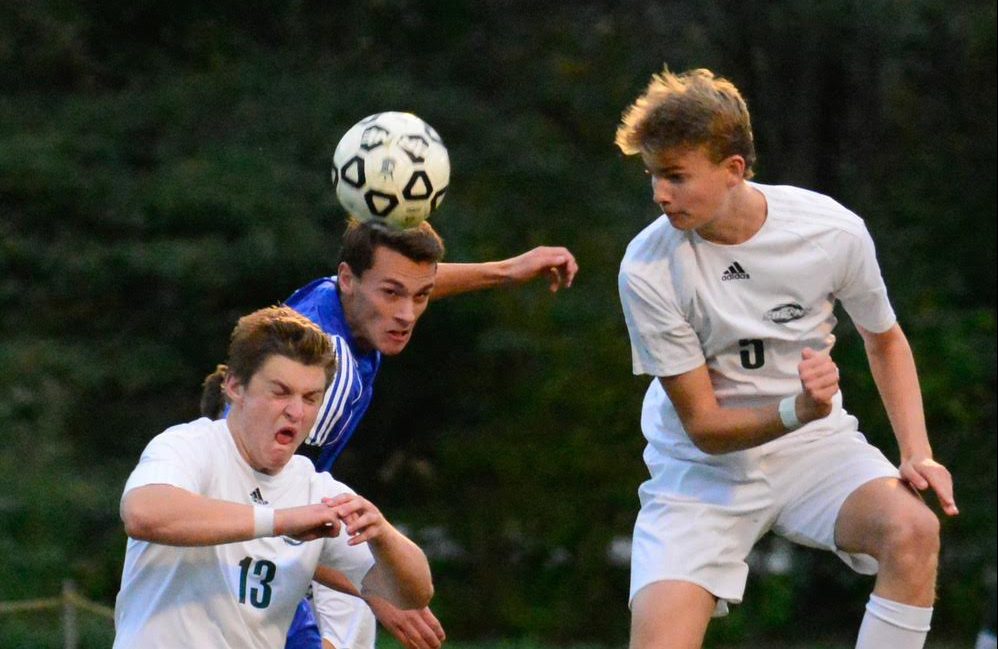 Montpelier vs. U-32, 2013.  Midway through the first half, U-32’s Andrew Danyew hit a long ball from half field with the perfect arch and distance, and it dropped right over the Montpelier goalie into the back of the net. This momentum propelled the Raiders defense through the rest of the first half and most of the second half. With only a few minutes left in the game Montpelier’s TJ Dellipriscoli made a run into the box, was tackled by a Raiders defender, dove, and drew a penalty kick. “I felt him clip my ankles so I went down and drew the foul,” admitted Dellipriscoli to a reporter after the game. 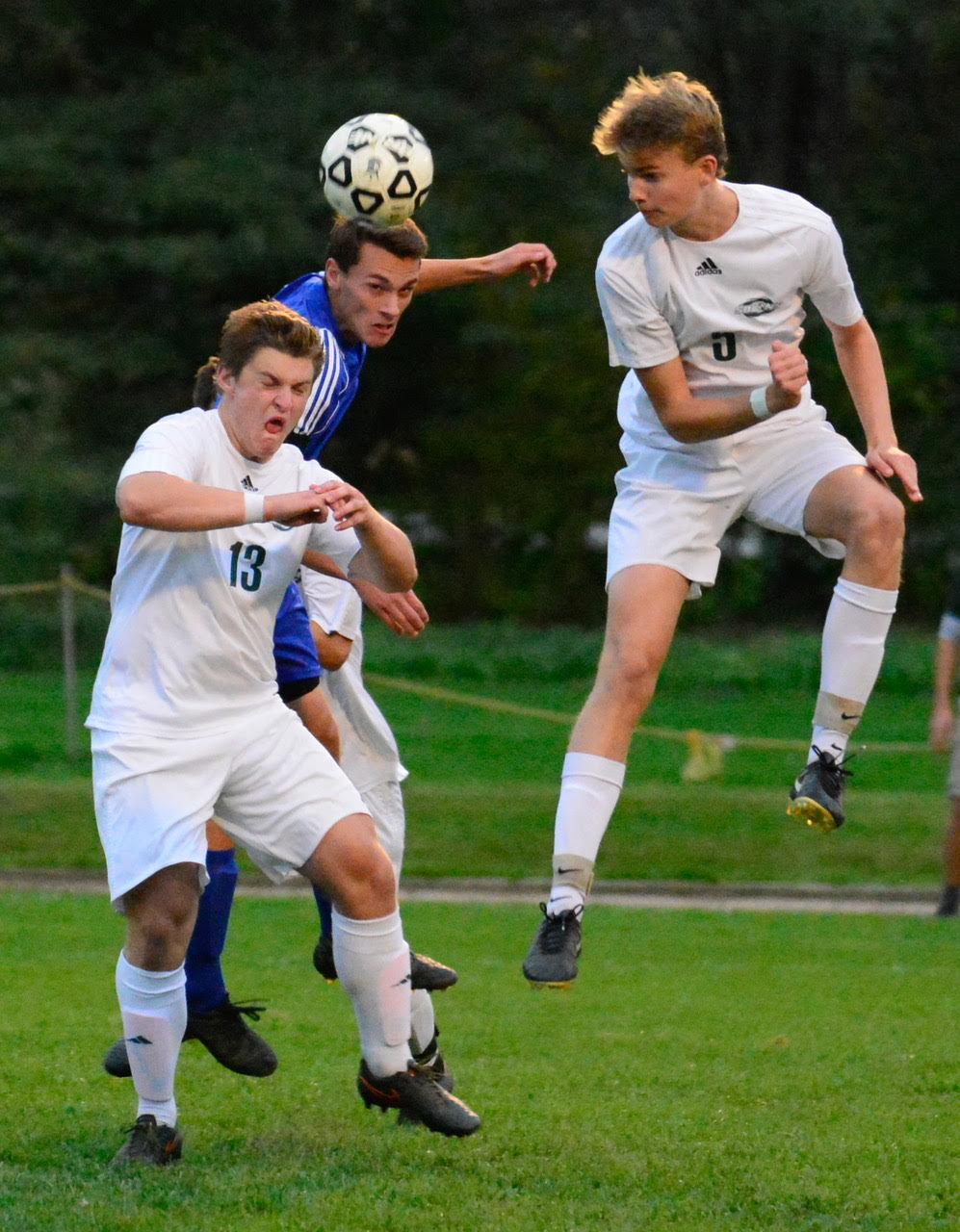 This is not a normal thing to do to celebrate a goal, but this wasn’t a normal game. The rivalry between U-32 and Montpelier has been alive and prospering since the early 80’s.

“The two games you knew about were U-32,” Says Montpelier alumni Craig Marineau. ”We always played them in basketball and hockey.” Marineau vividly recalls a U-32 hockey player that during regular season would always pull off an unexpected goal. “He wasn’t a good hockey player by any means. Against us he was always able to pull of a goal that no one ever see coming which is why they’d always beat us during the regular season.”

Since then, ironically Montpelier hockey has ceased to exist, and they now play under the Raiders’ name. Both schools still have strong soccer and basketball teams always making for an exciting game.

“There’s nothing like the rivalry between U-32 and Montpelier, no matter the sport,” says senior Noah Elmore. “We all know each other and when it comes down to sports it’s all about the bragging rights.” 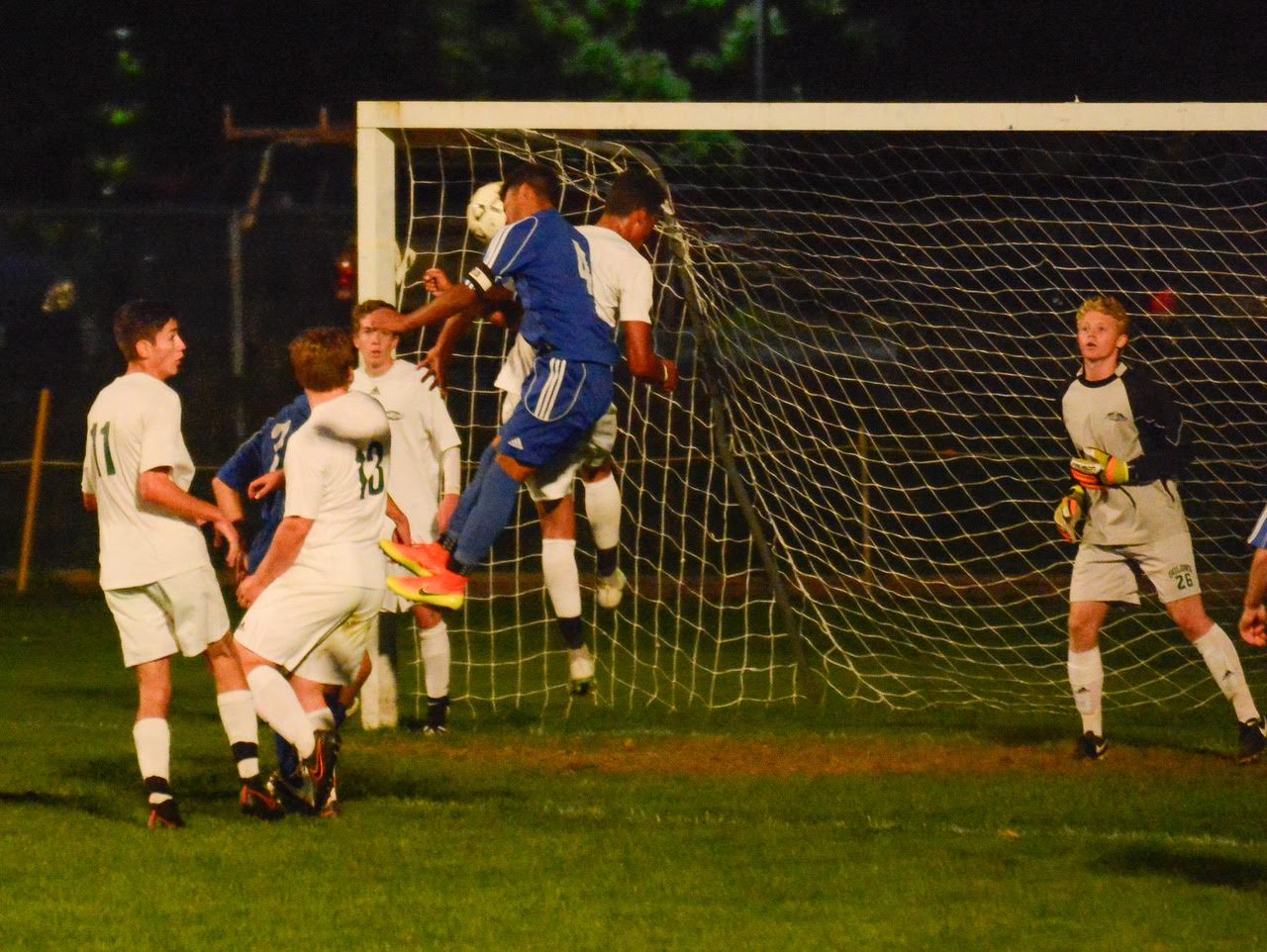 This hasn’t always been the case. “We didn’t play together growing up,” says Marineau. In his opinion this made the games even more intense. “It was even more intense than play off games and was pretty close to as intense as a championship game.”

For players now they find that it is actually more intense because they have played with their opponents growing up. Senior Gus Obeldobel says, “It’s fun to mess and joke around with them before and during the game, but I also really want to beat them. I always want to prove that we have the better team.”

The Raiders were able to prove this twice last year, once during regular season and once in the playoffs. While the regular season proved to be a mostly uneventful win, the playoff game showed just what emotions a rivalry could bring out.

Late in the second half of the playoff game a fight broke out. Tensions were running high as the end of regulation time was approaching with no score in the game. After a somewhat controversial tackle was made against a Solons player, some words were exchanged, followed by some shoving. The majority of the fight happened within a few seconds, although both teams had players moving in, ready if the fight continued. The only card given was to Solons junior Captain Lucas Eldred. 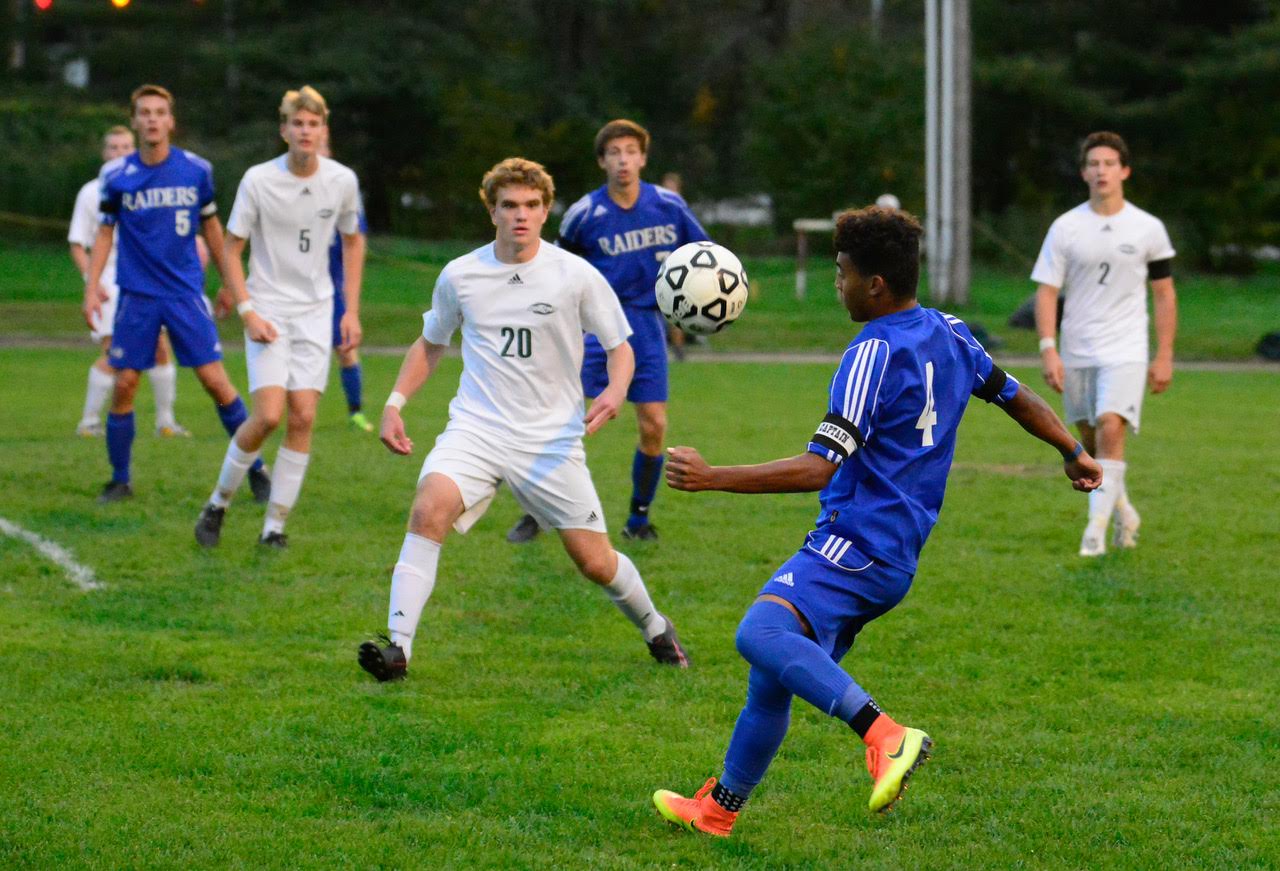 It’s not just the fights and showboating that come into play in the rivalry games, it’s the fans. Marineau says this has always been the case, “We played in Barre, both team’s home ice, it was packed every time.” Obeldobel agrees with Marineau saying, “My favorite part is how intense the crowd gets. Everyone is constantly cheering and jeering and owing and aweing about different plays. It makes the game so much more exciting. Sometimes there is some chirping that gets distracting but no one really pays attention to this because you want to keep your head in the game.”

The factors that go into the rivalry game make it the most intense game of the regular season. The last factor that most people overlook, and perhaps the most important, is going from being a fan growing up to part of the game as a older student. Obeldobel said that he watched a lot of the rivalry growing up and that, “it used to always be a dream of mine to play in one of them, and it’s always a lot of fun.”

So far this year, the Raiders have fallen to and tied the Solons. The boys varsity soccer team lost to them 1-0 earlier in October and the girls team tied them 0-0 in mid October. Both the Montpelier and U-32 Boys soccer teams have been eliminated but there is still a possibility of the two girls teams matching up in the finals.