In Defense of Proficiencies 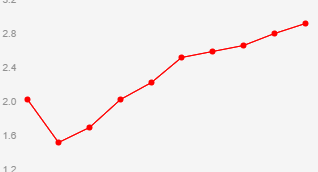 Why do you hate proficiency based learning?

“Because proficiency based learning makes it easier to get a B and harder to get an A.”

“Because they’re trying to make everyone the same.”

“Because it’s gonna be like it was in elementary school.”

“Because it’s built to accommodate failure.”

For students who have gone their whole lives getting letter grades, the switch to proficiency based learning was pretty dramatic. A lot of those students, especially seniors, say that they do not like the new system. But usually, this isn’t because it’s a bad system: often, students do not like proficiency based learning because they do not understand it.

The letter grade system has been in place for more than a hundred years, and replacing it now is a big decision. But proficiency learning and grading aren’t as big of a change as they seem. Even the four point scale, which is what most students think of when they think of proficiencies, isn’t really that different from letter grades.

“We could make any scale we want,” said principal Stephen Dellinger-Pate. “A 3 or a B, that’s just the number we put on it.” The scale is the part students see, but it’s not the important part of the system. Dellinger-Pate likes to explain proficiency based grading with this example:

Most students balk at that. What used to be an A- is now a sub-average grade. But they wouldn’t just get a 2: along with the grade, they would get feedback from their teacher. Feedback, not the four point scale, is really the heart of proficiency based grades.

In addition to getting a 2, you would get an explanation of why. The teacher might write “In order to get a 3, you need to be better at comparing and contrasting.” The next time you take a quiz, you’ll know what you need to do to get a 3 or 4.

The system could be said to “accommodate failure” because it doesn’t penalize students for doing poorly. In a sense, it allows them to fail. But it doesn’t let them fail and be done with it. Thanks to constant feedback, it’s also built to encourage improvement. To achieve this, the proficiency system grades with something called the Power Law. 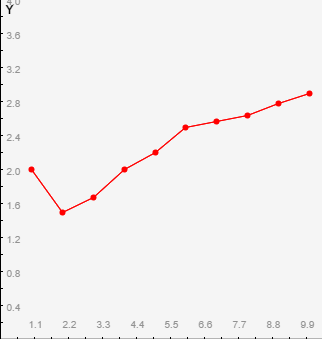 A moving average of a students grades. 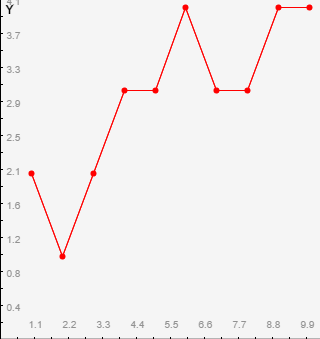 The most recent score derived from the same grades.

The Power Law sounds more complicated than it is. What it does is calculate a total grade based on current assignments, not based on an average. An average would be dragged down by low grades, which the proficiency system wants to avoid.

“If you understand the material when you finish the class, then that’s your grade,” said Dellinger-Pate. It doesn’t matter if you didn’t understand it at first, because by the end of the year, you do.”

Because of the Power Law, early assignments hardly have any effect on the final grade. This is intentional: students will likely get 1’s and 2’s at the beginning of the year, but that won’t drag their grade down. In fact, even the smartest students are expected to get a few 1’s.

Parents of students using the new system were warned, in an email at the beginning of the year, that “in a proficiency based system, ‘grades,’ often referred to as scores, look quite different.” While the quotation marks around the word grades might be disconcerting, the message is that these numbers are not the final score. A 1, for example, isn’t a bad grade. It doesn’t mean failure, it means beginning. “When you’re just learning the material, you probably are getting a 1,” said Dellinger-Pate. “That doesn’t mean you’re bad at math, it means you’re beginning to understand it, because you just started the class.”

On a large scale, proficiency based learning is not accommodating of failure. It just makes it easier for students to move past that. Power Laws judge students based on where they are, not where they were. Yes, it is hard to change a system that has been in place for so long. And not everyone has to support it. But try to understand what it is before you argue against it.