A Look at Robotics 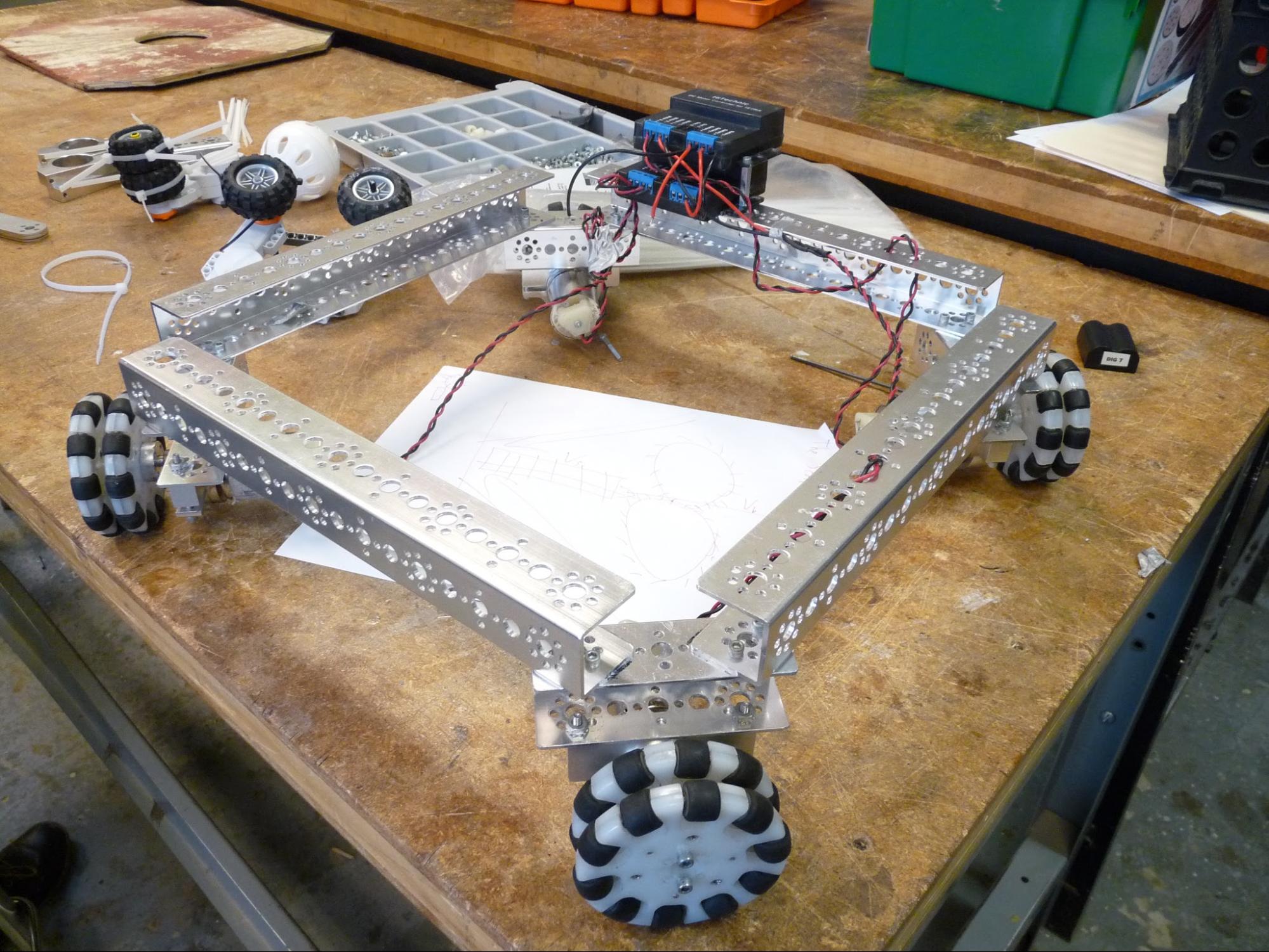 When you first walk into U-32’s robotics club, you’d see a small group of kids each working on some contraption, all of different sizes. At first glance, it looks like a mess of too 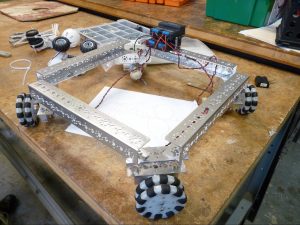 ls, metals, and electronics. But after a closer look, you’d realize they all go together to make a robot.

“It’s like science class, but without the teachers and homework,” said Stephen Looke, one of this year’s new members.

The team meets every Friday from 4:30 to 8:00. The club involves robots, engineering, and a yearly challenge. It has been going for six years, each better than the last, according to its members, and with more “organization and structure” the students think this could be a great year.

A lot of students might not want to join robotics in fear of not “being smart enough” but  Eric Jacobsen, the team’s captain, doesn’t seem to think that math skills matter.

“I think a lot of people do feel that way. Your first day can be intimidating, but we’re all learning. None of us really know what we’re doing. It’s more about creativity than math.” 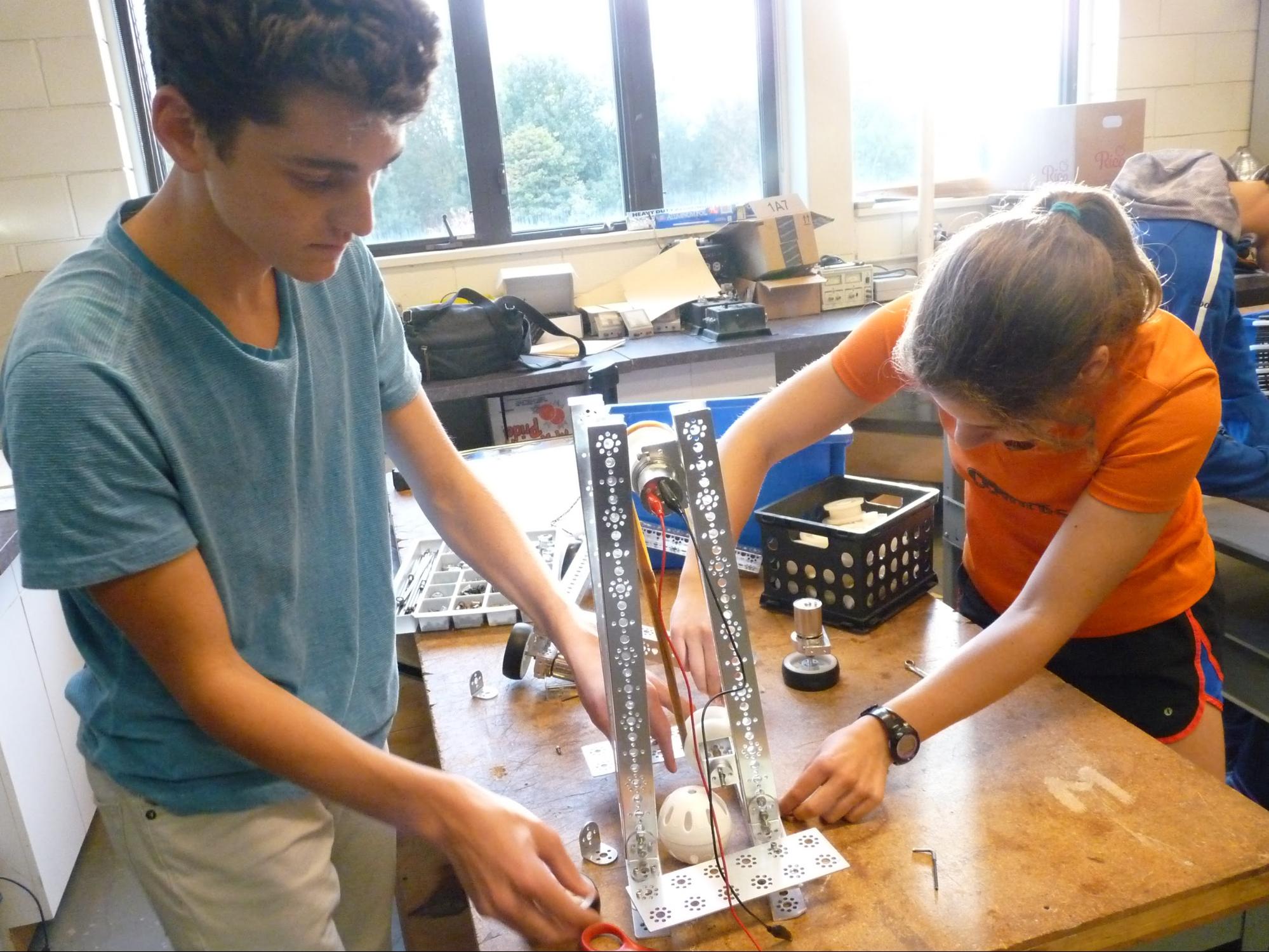 Right now the students are working on their yearly challenge, which involves robots throwing yoga balls. When you picture a robot you might see a humanoid figure made of metal. That is not quite what they are going for. Instead, they’re making a large platform with wheels with multiple functions. They have rules they must follow, but no actual instructions on how to make the robot.

At the end of the meeting, a mess of tools and parts has now turned into a telescoping robot arm, extending from one foot to four. At the end of the season, in February, their robot will be able to throw yoga balls, drive, and operate control panels.