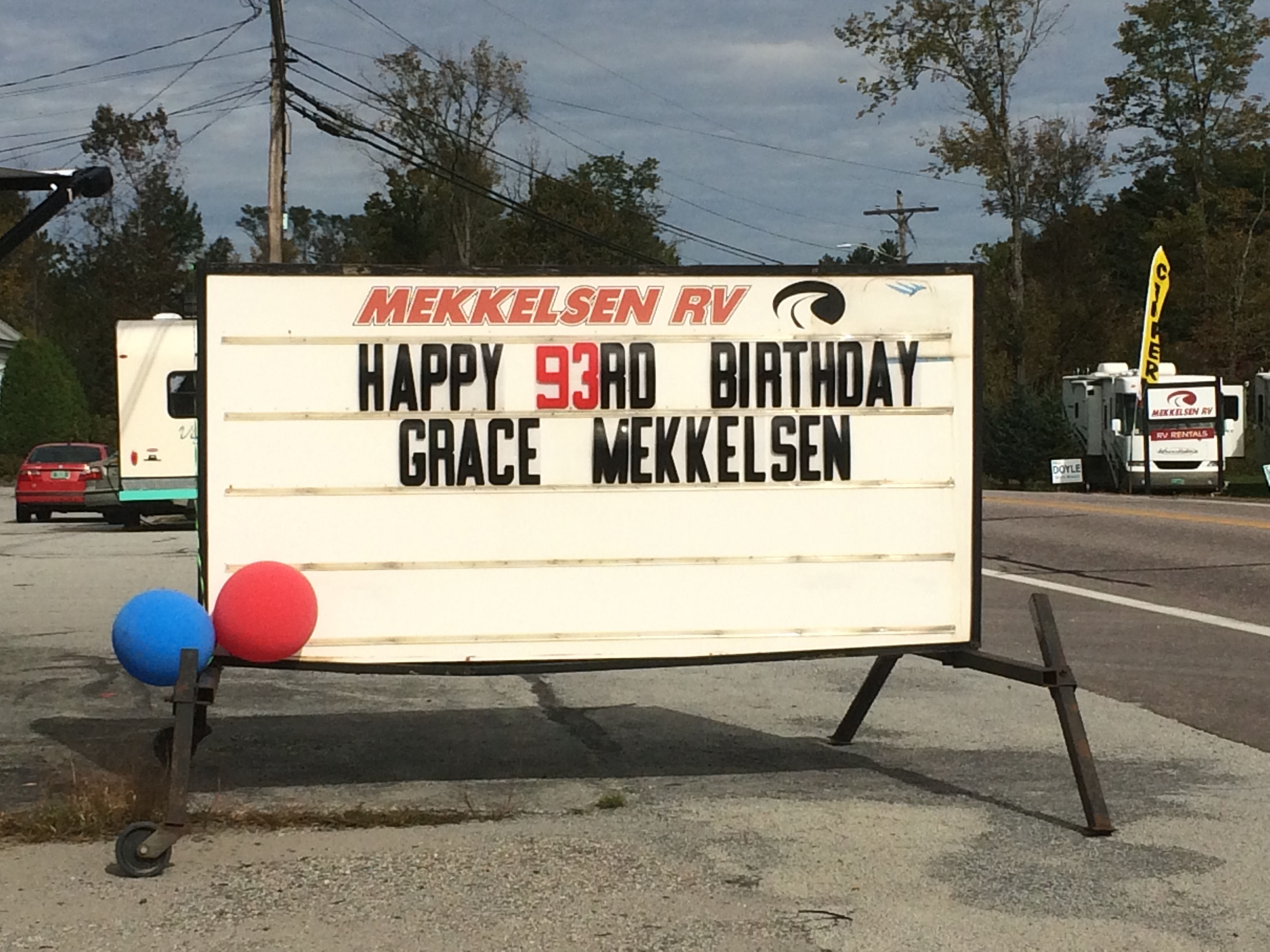 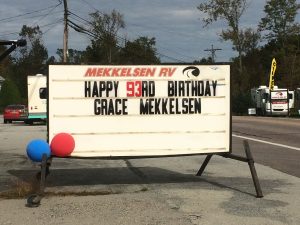 Most of her patients were fighting on the front lines at Ipo Dam, about 30 miles outside of Manila. She had just started working at the 80th General Hospital: “When we got there we were so green… oh I said ‘it’s going to thunder and lightning tonight, listen to that,’ and the soldier laughed at me and he said, ‘that’s gunfire lieutenant.’” Even though the nurses weren’t too far away from the battleground, she doesn’t remember anyone ever being scared: “We didn’t have time to be frightened, we worked so hard.” 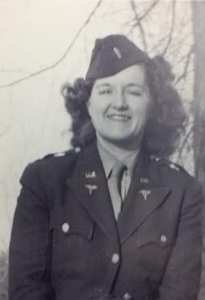 During my grandmother’s time in the Philippines, she said that the nurses were “always so tired that we just went back to our cots and pulled our mosquito nets around us and went to bed, we were just exhausted.” This is coming from a woman that, at 93 years old, spends her days baking, cleaning, digging weeds out of her garden, reading, playing cards, and filling out crossword puzzles. “She’s 93 years old and she still works all day long,” said her husband of 65 years. “She’s worked very hard all her life. She’s probably done the work of four people.” Grace Mekkelsen’s career as a nurse in the Philippines during World War II and her life after have both been defined by one thing: hard work. And it all started with the pivotal decision she made back in 1941.

As soon as she heard about Japan’s attack on Pearl Harbor, my grandmother knew she needed to be a part of defending her country in the war. In September of 1944, she graduated with 16 others from the Barre City hospital school of nursing and was given her orders in January of 1945. After four weeks of training and education in Fort Devens, Massachusetts, she was sent to Camp Stoneman, California, a major processing port for troops being sent to areas in the Pacific Theatre. 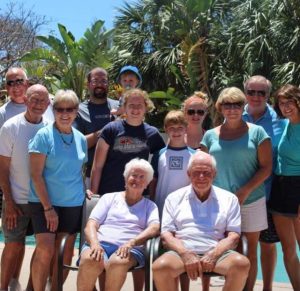 Grace and her family today.

On April 25th, of the same year, my grandma and 74 other nurses set out overseas on the S.S. Lurline.  “We were all ready to go. We were very young and very excited,” she said, “We had a long trip over and we were anxious to get back to work.” It took them 23 days to get from Oakland, California to Manila, the capital of the Philippines.

After their arrival the nurses were taken by the General Issue soldiers (G.I.’s) to a destroyed nunnery, where they stayed for about two weeks. My grandma recalled, “At night it started to rain and we had to all move our cots to one section because the rain was coming in. We were all crowded in one corner because they had bombed the building.” They also only had access to water at certain times throughout the day. My grandma remembers that because of this, they would all have to fill their helmets up with water in order to take baths. 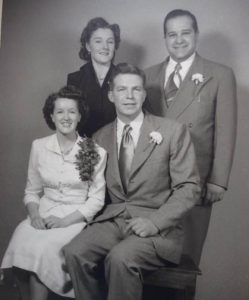 Grace, in the front left.

From the nunnery they headed off to Quezon City, five miles outside of Manila. In Quezon City they were housed in barracks, which each held around 24 cots. While there, my grandmother was assigned to work in the neuro-psychiatric ward. Many of the patients there were “distressed with war fatigue (PTSD). They had been there two or three years and they were just down.”

During this time, Japan needed workers. The U.S. soldiers started bringing men back that had been imprisoned and forced to work in coal mines in Japan. Around 25,000 prisoners of war had been forced to labor in factories, shipyards, and mines. “At least 120 went through my ward, and probably some of the other girl’s wards had them too.” The soldiers had been treated as slaves. They were fed one cup of rice a day, and “when they got back to us they were skin and bones, nothing to them.”  They had lost most of their possessions, and the nurses were forced to take away from them. “We didn’t know how bad or what they would do with anything metal, you couldn’t trust them.” 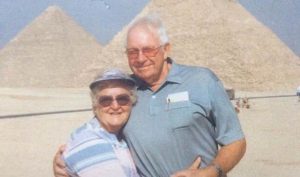 The end of the war neared after the U.S. dropped its bombs, and as a result more and more soldiers were sent home. During this time my grandmother transitioned from working at the neuro-psychiatric ward to the 80th General Hospital. At this hospital she “was on dressings and I thought, well that’s an easy job.” However she was unaware that it would take her “all day long because there were so many burns. I’d start at 7 o’clock in the morning and I’d work until 7 o’clock at night, either bandaging or dressing.” Her patients reached upwards of 30 men most days. “The burns were wrapped in gauze, and you had to put penicillin into the dressings because they were of course burned underneath and you would have to soak the dressings with penicillin.,” she said when describing the process. “You took the syringe and put it slightly under the bandages…and saturated the dressings.” 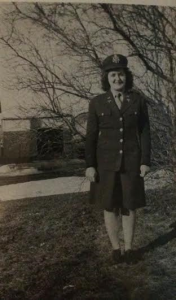 My grandma stayed for about five months after the war was over. When the war ended, “everybody was happy of course. They had all kinds of parties. The G.I.’s would ask us to go to a night club, they called it a night club, but it was nothing but a shack.” Once the war was over there was a great sense of relief. Everyone was ready to go home.

“The day I came home the train had arrived at Montpelier station at 6 o’clock in the morning and my father who had to work at 7 was a little bit unhappy he had to come and get me… There was no excitement, nobody said hi, good work, no parades, no nothing. I just went back to work and that was it.”

My grandma said she doesn’t remember the war having a huge impact on her life. She said that, “When you’re 21 or 22 you just go from one step to another step. From the war back to home back to work and that was it.” While she may not see it, the war affected my grandmother’s life in many ways. It made her into the great nurse and hard worker that she is today. One thing that will never change is what she said about herself at the time: