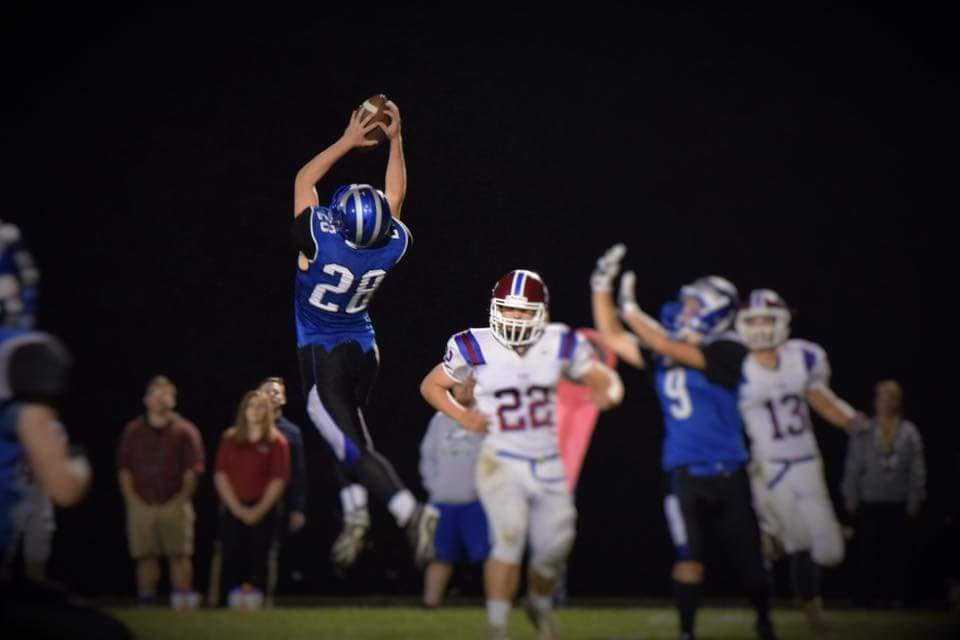 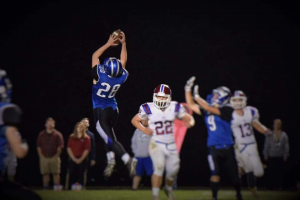 After a heart-wrenching loss in the State Championship last November, Raider Football has one big goal on their minds: to return to the Championship game again this season.
The loss of some key players to graduation last year has been an obstacle this season for the Raiders. In place of Keough Darling at center is junior Alex Bell. In place of Matt Greene at quarterback is junior Logan Wolf. In place of Colby Brochu, at fullback, is senior Quintin Pelzel. And in place of Brandon Hamilton, as a tackle, is sophomore Ryan Barr.
So far this season U-32 is 3 and 2. In hopes of continuing the success the Raiders have had this season, Head Coach Brian Divelbliss is very focused on keeping the players healthy, motivated, and working hard in practice. Divelbliss says, “When it comes to game time we’re always ready to go.” 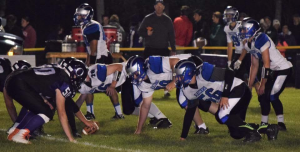 One of the biggest values the team and coaches have is keeping the players focused on their education as well as football. Divelbliss wants to ensure that, “our guys are respectable and responsible people in the community, in the school, and on the team.”
Junior Isaac Kingwood spoke about the team culture. “It’s like, ‘I know I can count on you to do your job and you can count on me to do mine.’ I shouldn’t have to turn my back and check. It’s like a family.” 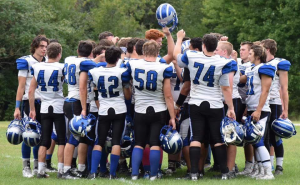 This week the competition is at Otter Valley: that’s the team the Raiders have to beat. “I think our team does a nice job of understanding it’s a week by week mentality,” said Coach Divelbliss. “You have to go to practice everyday, you get one game a week. That’s the game that matters.”
“As a unit, we run the ball well and get a lot of turnovers on defense,” said Divelbliss, who continues to speak very highly of his running backs and defensive line.
Kingwood also spoke to the Raiders’ determination and focus. Now that all of the freshmen and first year players have been incorporated into the program, the team is able to thrive. “We definitely have a chip on our shoulders. We feel that we are very underlooked as a team and we look forward to winning the ‘ship this year.”