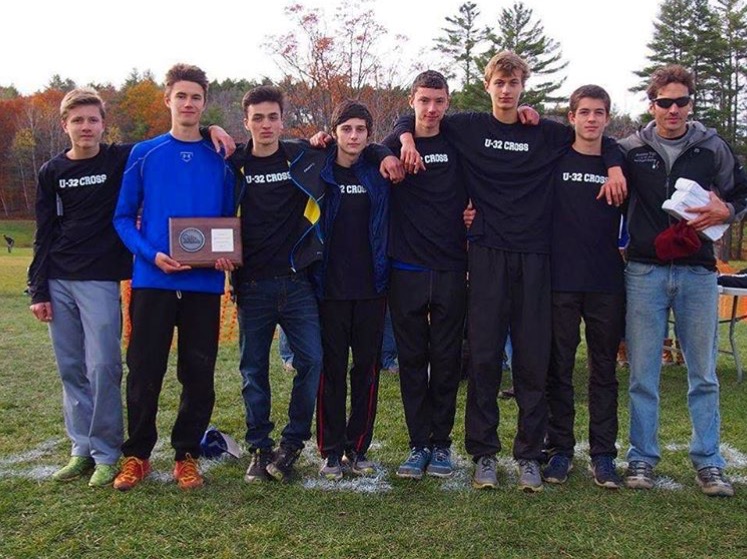 Why would you run for fun?

For junior Cole Melady, it’s not about fun. “I don’t run because I like running. I run for my team.”

U-32’s cross country team has been a force to be reckoned with, winning invitationals and state runner up for the last three years. “This is because of the coaches,” said Jackson Root, a senior and one of the team captains. “Andrew has pushed us to be the best we can… I would owe our success to him.” Second year runner and sophomore Andrew Crompton added, “I like the team atmosphere. Andrew is intense and makes us work, but we wouldn’t be as good as we are if it wasn’t for him.”

“The one thing I like most about cross country is the friendships you make. There is nothing like having an awful day and being able to vent about it while running with pretty amazing people,” says girls captain, Allison Wolf.

Cross country running has grown into one of the largest teams at U-32, with 26 runners between the two teams. Led by coaches Andrew Tripp (boys) and Mark Chaplin (girls), the team has become a fun, tight-knit group of athletes. 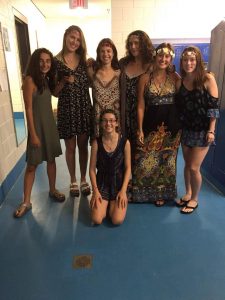 When asked about his plan for this year, he mentioned how a few of their top runners are no longer on the team. “Our plan is to get better, enjoy the year, and do as well as we can.”

Andrew Tripp has been coaching the boys team for the last five years, “I like watching the kids improve … Kids can go from frankly pretty bad, to frankly pretty good with some hard work.”  As for his strategy for this year,  “Run faster than the other teams!” 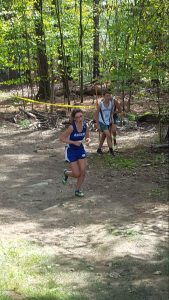