U-32 Graduate Runs for Office 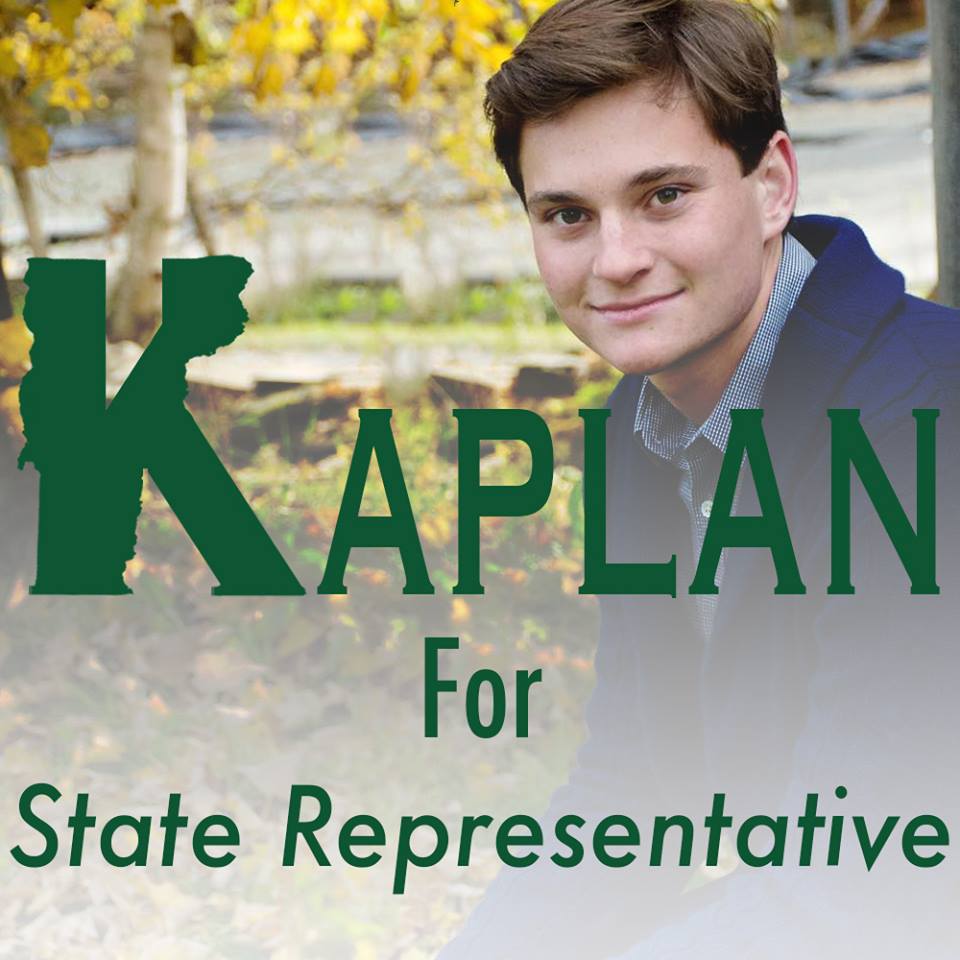 When Ben Kaplan was in eighth grade, he served as a page in the Vermont state house, carrying messages, sitting in on committees, and getting his first exposure to politics. He still remembers what Shap Smith, the speaker of the house, told him at the end of the program: “With hard work and dedication, you could be here one day.” 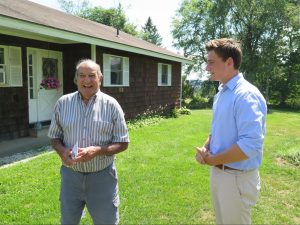 Kaplan with an East Montpelier voter.

This summer, he took a big step towards that day. Kaplan put his name on the ballot for state representative, becoming the youngest person in state history to run. He spent the summer trying to convince the people of East Montpelier to vote for him.

While his age might seem like a disadvantage in the political landscape, Kaplan – and quite a few voters – saw it differently. “It’s not so much about how old I am right now, it’s about growing up in the time period that I have grown up in,” he said. “I’ve had the internet and green energy as first languages.”

A lot of Kaplan’s political platform was based around those “first languages.” One of his main focuses would have been dealing with the “brain drain,” a problem facing the state today.

“The brain drain is when people, especially youth, leave Vermont with no intention of coming back,” he explained. A large portion of Kaplan’s graduating class are doing just that. But he doesn’t believe that there’s any reason for them to permanently leave the state. “We’re in the twenty first century. We have the internet, and we have communication like never before. You can work in Vermont and be a stockbroker on Wall Street. You can work in Vermont and develop solar panels in partnership with a company in India.”

Proposing the internet as a solution to that problem isn’t the kind of thing you would expect from the other candidates. “They aren’t as young. Their thought process is a tad different,” said one East Montpelier voter. “I know fresh ideas is an outmoded phrase, but these are fresh ideas right here.” 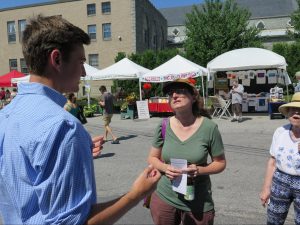 As Kaplan went door to door in the towns of East Montpelier and Middlesex – which share a state rep seat – he received generally positive feedback. At each door, he asked the voters what issues mattered the most to them. Green energy was one of the most common answers. The front page of Kaplan’s brochure advertises his support of green energy initiatives, which those voters were happy to see.

In August’s primary elections, Kaplan received 125 votes out of about a thousand that were cast. In this election, that’s closer than it sounds. “Not very many people vote in the primary, and the votes will be divided among six candidates,” explained Tony Klein, the incumbent for the seat. “This could easily be won or lost by a few votes.” 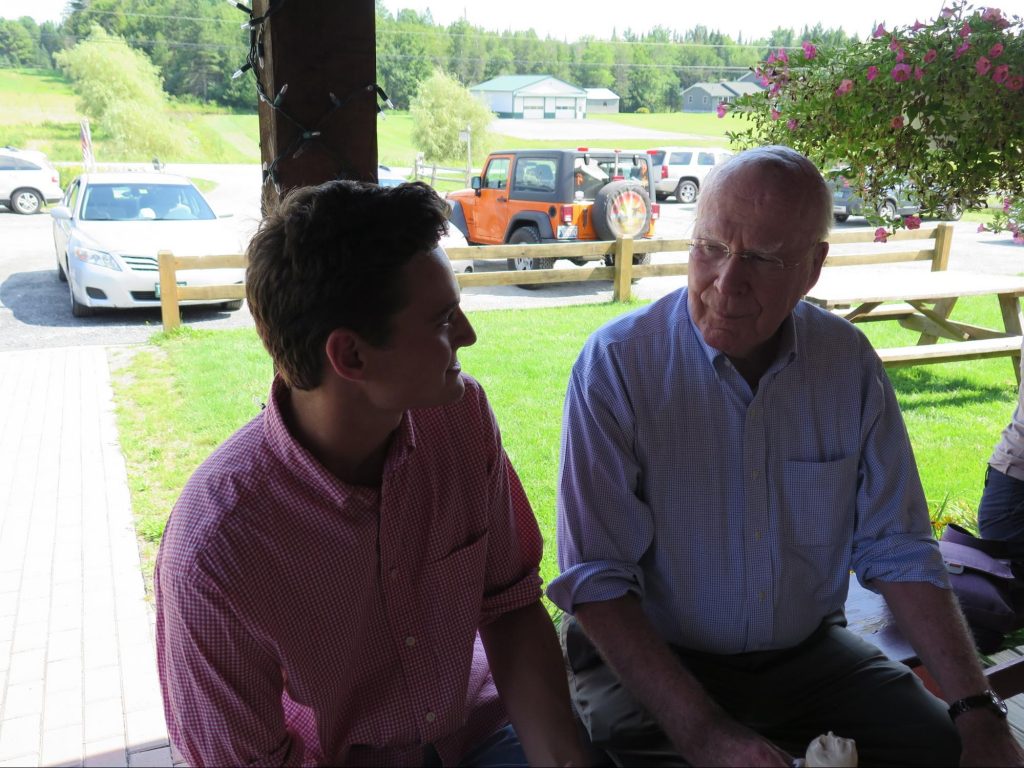 Klein is stepping down this year, which is why so many people ran for state rep. “Vermont tradition is very strong, and challenging incumbents is a tricky thing to do,” said Kaplan. For him, Klein stepping down meant “a very contested election, but also a great opportunity for someone in my position.”

New ideas and fresh perspectives only go so far. The primary was won by Kimberly Jessup, an East Montpelier democrat and the frontrunner for most of the race. Kaplan was surprised not by Jessup’s victory, but by how well he did. “To be honest, I didn’t expect all the support I got.” He also doesn’t think that he campaigned in vain. “It’s like we’ve seen with Bernie Sanders’ campaign. People are ready for some change. I think that even though I didn’t win, I put a lot of new ideas out there.”