The Making of The Tempest: Part 1 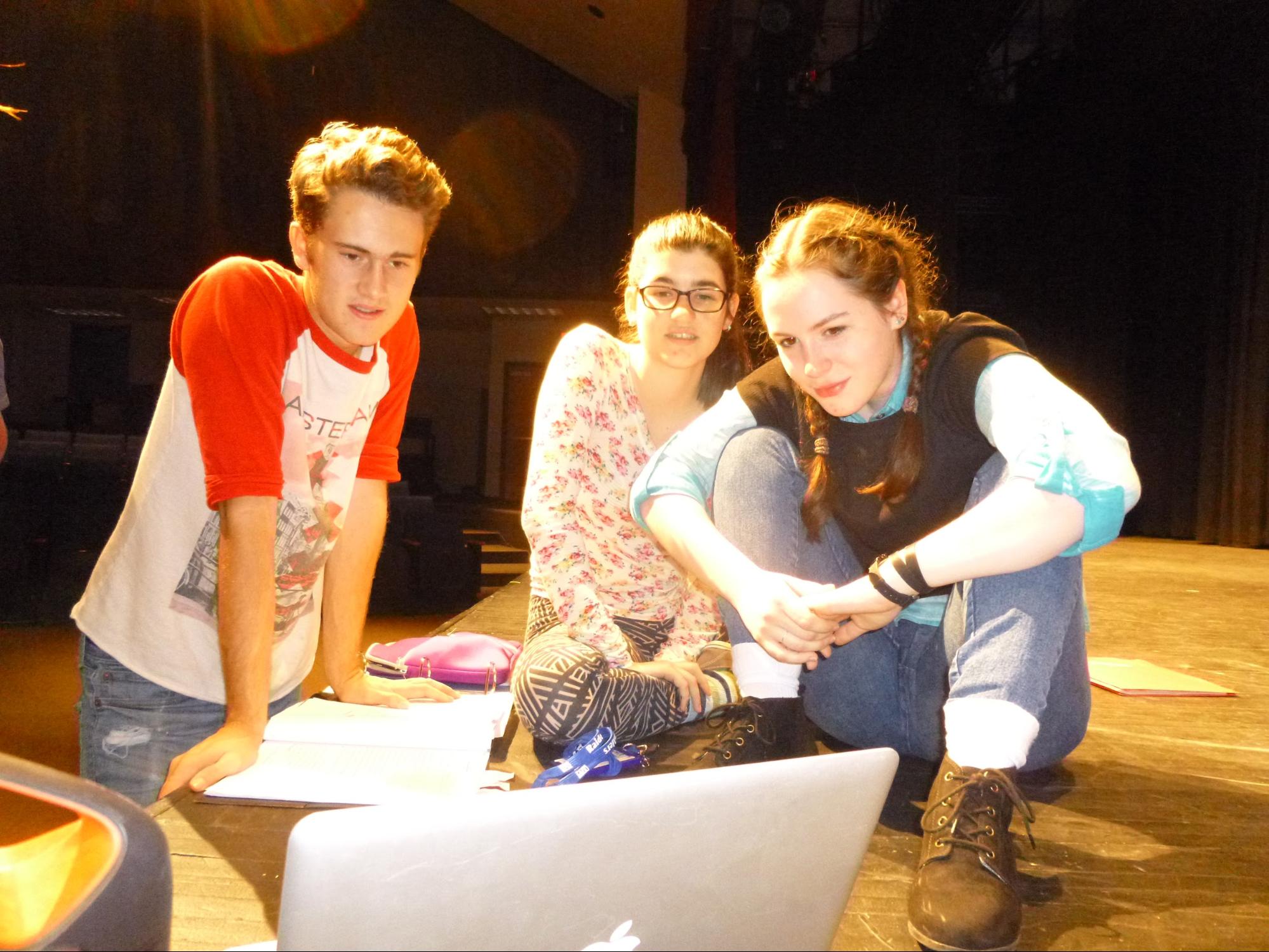 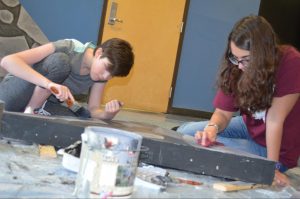 “What are the elements of the theater?” is written across the top of a whiteboard.  A circle of 30 actors sits onstage shouting answers to  Zak Kline, who scribbles frantically.

One of the costumers quietly pulls an actor out of this “start-of-the-show” workshop to take measurements for their costume.

On Friday, November 4th, Stage 32 will present William Shakespeare’s The Tempest. The show is a play: unlike previous years, this year’s musical will be in the spring and the play is in the fall.

Rehearsals are well underway, with acting workshops and staging of the first act. Over the course of the production, The Making of The Tempest will follow and explore different parts of the process.

Libby Belitsos, a junior, is playing Prospera, one of the lead characters in the show. 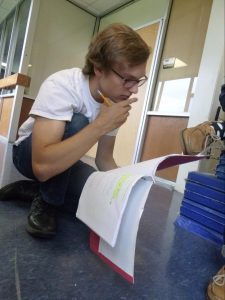 The story of The Tempest centers around Belitsos’ character, who is the Duchess of Milan as well as a sorceress. She has been banished to a deserted island with her daughter, Miranda, played by junior Karli Robertson.

“[Prospera] created a tempest storm to bring a ship full of her enemies to the island and now is deciding what it would mean to seek revenge,” said director Erin Galligan-Baldwin.

There are two main magical characters in The Tempest, Caliban and Ariel, as well as an ensemble of other island spirits. Caliban will be played by senior Orlando Grant. The single character of Ariel will be played by three actors: Noah Witke, Nora Dillon, and Justin Murray. The character of Ariel was split among three people to emphasize Ariel’s spirit qualities, and this Greek chorus style gives opportunities to more students.

“When [Prospera] took over the island, she imprisoned two different beings, who are not human, and has mistreated both of them. It’s about coming to terms with that. She was mistreated and now mistreats,” said Galligan-Baldwin. 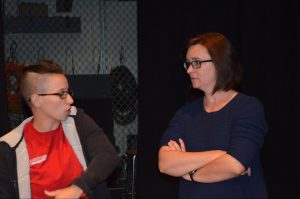 Galligan-Baldwin feels that this is an important show for high schoolers. “In the end, the play is about understanding, forgiveness, and letting go of false ideas.”