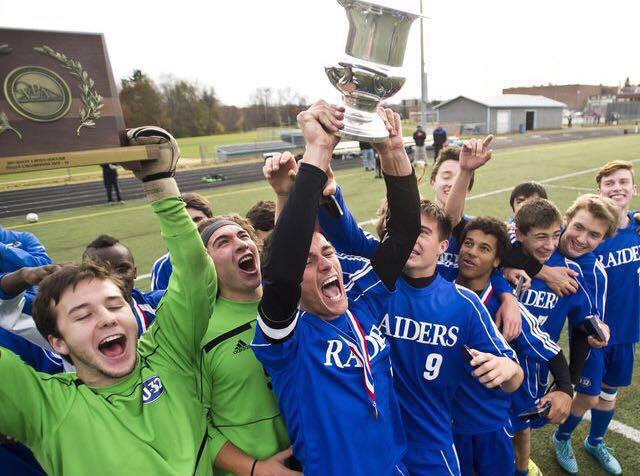 When the final horn sounded in the championship game between the #6 seeded Raiders and #1 seeded Woodstock, the scoreboard read 1-0. U-32 had upset top-seeded Woodstock,  after defeating Montpelier and Lake Region, who were also ranked above U-32 . 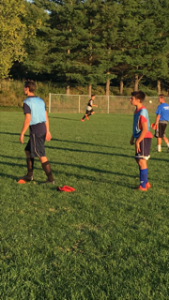 One year later, the team has dramatically changed. The defending D-II champs have lost some of the veteran firepower from last year, including six graduated seniors and two strong juniors from last year who will not be returning.

“The team has changed a lot from last year,” said Senior captain and goalkeeper, Mackinley Shaffer. “We had a greater balance of physical and technical presence but this year (the team) is more focused around just the technical aspect.”

Over the summer, the community lost Seamus Beall, who highlighted the upcoming senior class of talented players and was a big part of winning the championship.

“The first person that greeted me across the field was Seamus,”  said coach Steve Towne. “That, I will never forget.”

The Raider soccer team is doing many things to remember Seamus as a person and as a player. 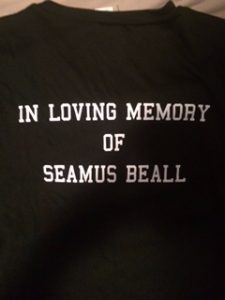 g black bands and having a moment of silence at homecoming,” said Senior captain and forward, Noah Elmore. “We will always have ‘In memory of Seamus Beall’ on our warmups.”

Moving forward, one thing is certain: in order for the Raiders to get back to the championship, they need a strong performance from their underclassmen. Among the players to watch from the freshman class are Dane Lieberman and Finn Olsen. They come off strong 8th grade years and look to help give the Raiders some firepower, heading into the season.

“They will and are playing huge roles for our team, both offensively and defensively,” said Senior captain and midfielder, Gus Obeldobel. “They are both very important to the success of our team.”

At the beginning of the season, every team sets a goal to get to the playoffs and win the championship. But for the Raiders, there is a little more. 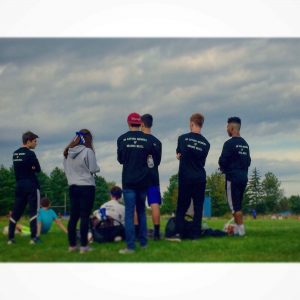 “I want the players to come out of the season feeling good about what we accomplished. The unity of the team and the characters of the players are all important to me,” said Coach Towne.  “[Last year’s team] were not only just a great group of players, but they were a tight knit group and they were supportive. That’s really what I want from every team.”