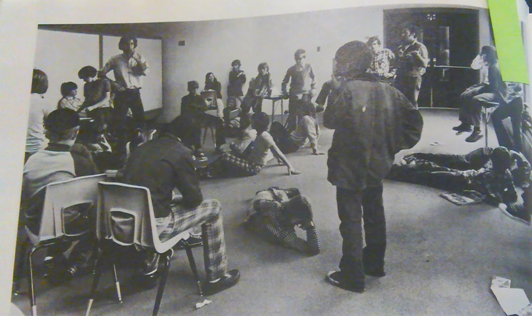 This was librarian Meg Allison’s first year at U-32, but like all newcomers she has been made aware of the school’s history.  “U-32 used to be called the Zoo,” she said, describing the U-32 of decades past. “[The school] really used to be an experiment in learning; it was a non-traditional high school.”

U-32 has long been famous for its open, tolerant, student-centered atmosphere.   But recently, a series of ugly moments– insulting jokes at Word of Mouth, a nasty exchange onstage at the senior awards ceremony, and a fake, mass-emailed survey mocking teachers and students– have raised the question: has U-32 changed?  Is the school’s climate, or culture, less positive than in the past?

Alden Bird, an English teacher, said he hasn’t seen a change in the school’s culture in his five years at U-32. “I think it is more progressive than the other schools I’ve worked at,” he said, noting that the students call the teachers by their first names.

“Everybody here is kind of weird,” she said with a laugh. “There’s less rank, and if there even is cliqueness, it’s more of a level playing field.”

“Teachers and students are really united in a special way,” Webb added.

“U-32 does attempt to make learning, I guess, more fun for students. I mean we live in Vermont and there are a lot of, you know, hippies here, people that are really into like doing things that they love rather than what they have to,” said Olivia Peltier, a junior. “ But I think at the core level it’s just like any other school.”

Peltier said she does see the school’s culture changing. “When I came into U-32 in 7th grade I would say it was a lot more– I don’t want to say fun– but a lot more free in a lot of ways. Like the lunches for example, I know that there are a lot of restrictions that come from not only the federal level but also the administration, and a lot of that has changed,”she said.  There was once “a lot more trust in students and their judgement,” Peltier said, adding that, in her view, “…the current administration has changed a lot of their views, due to what students have done when the rules were more lenient.” 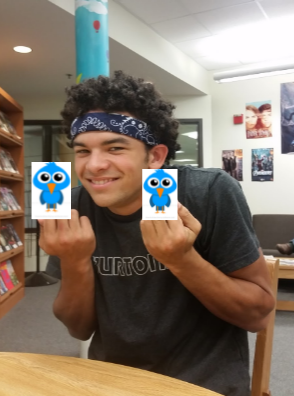 Jalen Carter, another junior, sees the school’s progressive culture as both a strength and a weakness.  “This school is entirely to accepting of new and questionable things,” he said.  “It could be argued that this is what makes u32 different from other schools, but I think that it’s because no one here has enough of a backbone.”

Other students are more critical.  Jarrett Laquerre, a junior, said that that U-32 has only ever had a good climate for students that share the same liberal views that the school preaches.

“I don’t think they care about education,” he said. “They just want to make the place look good.”

Last year’s school climate survey, with responses from most staff and students, gave some broader insight into the climate at the school.  Almost all students feel safe at U-32.  Fewer feel they have choices in what they learn.

Thirty percent of student respondents responded with “neutral” when asked whether they felt respected by teachers.  “I wish teachers were more respectful and understanding about different learning styles,” one student said in the survey’s comments section.

Teachers were more positive overall.  They felt confident that the school “fosters success for all students,” but 39% of teachers disagreed with the statement ‘quality work is expected of all students at this school.’

Eric Jacobsen, a junior, said that teachers often have varying expectations for their students, and that “teachers and students are seeing work and culture from completely different perspectives” at U-32.

“It’s definitely easy to think your students don’t have a good work ethic,” he said. “If [the teacher] knows,the material well and if the student doesn’t pick it up that easy, it’s easy for the teacher to make the assumption that they don’t care about it.”

Alongside the issues of disconnect between teachers and students, there is also a question of respect between students, as in the ugly moment at the awards ceremony, or the jokes at Word of Mouth.

Meg Allison shared a common view, “that a lot of these problems come from online interactions between students…. the snapchat world, and the texting.”

Webb said the survey that was recently sent out represented U-32’s culture at its worst. “It targeted specific groups of people, and certain individuals,” she said. “It was racist, and there were some eating disorder jokes. It was not good. A bunch of people were talking about it and taking it, and that wasn’t helping.”

“People need to stop having such a big reaction to those things, because I think that’s what prompts more of it to happen,” Webb said. “Without a reaction, what’s the point of doing that sort of thing?”

Webb said she doesn’t think limiting technology would change anything. “Time is changing, and I don’t know if we can really slow it down.”