The Curse of The Raider: The Season That Defined Them 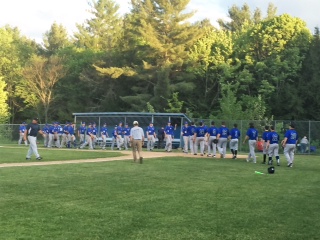 “Eet om wid de brrap,” yelled Cullen Partin, a senior on the U-32 baseball team, at Colby Brochu, who was up to bat. The bench was loud, and the team pumped up, ready to win the game.

The constant cheering from the bench kept the team morale up. “They just love it, the kids do, the children(referencing his teammates) that I play with,” said Partin. “They’re just, you know, amused by the tiniest little things, sometimes I will dangle keys in front of their face and they’ll go crazy. That’s aboot it.”

While sobbing tears of joy, Jackson Root, a junior at U-32, mustered up a response to how he feels about this wonderful season. “It feels like I was touched by the deep hair of God, touched me in nose, and it was beautiful. I also feel… I just love this team, and love these guys, and I am just so happy we won.”

Ethan McCollister, a senior at U-32, expressing his feelings on this historical moment, said, “It feels good, I mean if someone had told me freshman year, when we won one game, that we were going to end up being arguably the best program in U-32 history I wouldn’t have believed them. But here we are.” 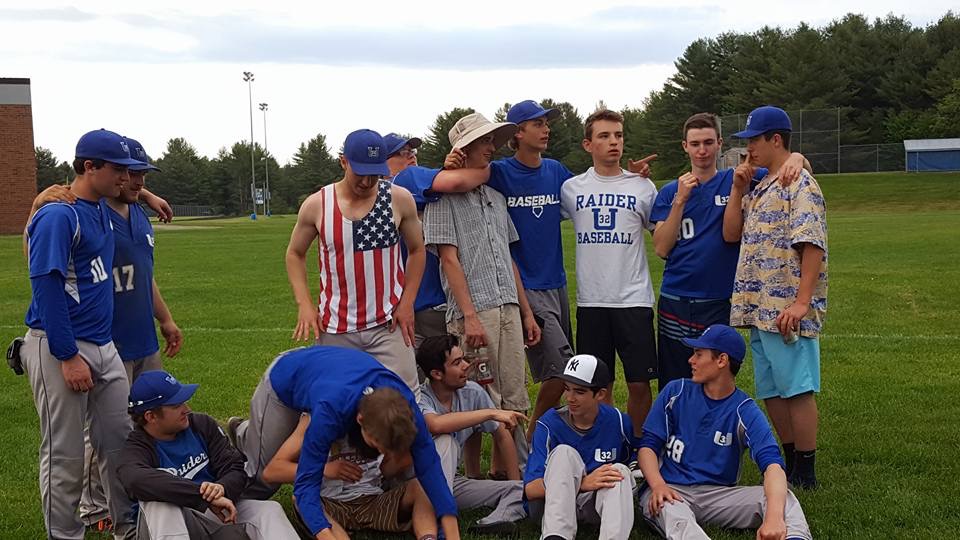 The change from 4 years ago, and even the beginning of the season is brought on by having “a team full of kids with a lot of heart.” Said Brochu. Another major aspect of this season, is that the team is a family.

“In terms of the social aspect of the team, this is obviously a family, people picking on each other on the bench; the bench is loud; they’re in the game. It’s a giant team, way bigger than most varsity teams,” said McCollister.  “Even though guys know they are unlikely to play they’re still staying in the game and staying active and staying a part of the team. I mean we are 12-4, but honestly I believe 12-4 or 4-12, we would still be a family,”  said McCollister after winning the final regular season game.

The first playoff game was a triumph for the U-32 baseball team, in the first inning the team looked like a little league team playing a good D-1 high school baseball team, falling behind 7-0. But the Raiders baseball team wanted to keep the “Revenge Tour,” as they have been calling it, alive.

“I think it kind of hit everyone that if we don’t get our stuff together right then, then that’s the end, and there’s not a kid on this team that wants this season to end. We were due, we were hitting balls hard, “ said McCollister,  “and the crowd saw what happened 13 runs later.”

The U-32 baseball team won the quarterfinal game 1-0 against Fair Haven, with Zack Campbell, a junior at U-32, hitting a bomb over the center fielder’s head and getting an inside the park home run.

The baseball season came to an end with the loss to Bellows Falls on June 6th, dropping a disappointing 9-3 decision. The team was looking forward to a bid in the Championship, but they came up just short. The team, devastated from the loss, looks forward to next year’s season, hoping that the upcoming varsity team will be able to bring home the trophy.