Teachers Talking Politics: What is Too Far? 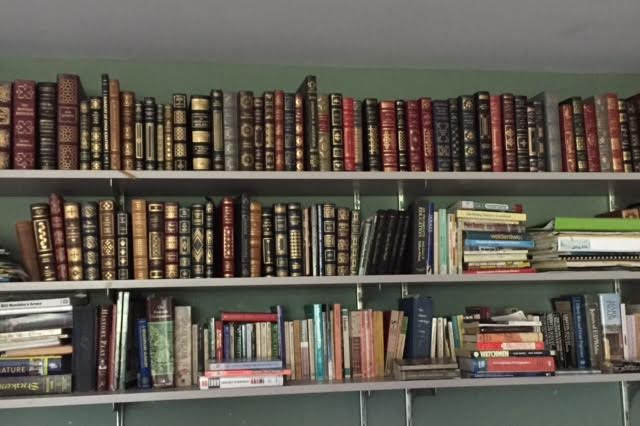 If an outside observer was to come into a teachers room on the weekend, would they be able to depict their political views based on the posters and images hung around the classroom?

“We are a pretty liberal school so in a sense I guess teachers are showing a liberal perspective on most issues. Most of us are used to that by now,” said senior Samara Schneider. 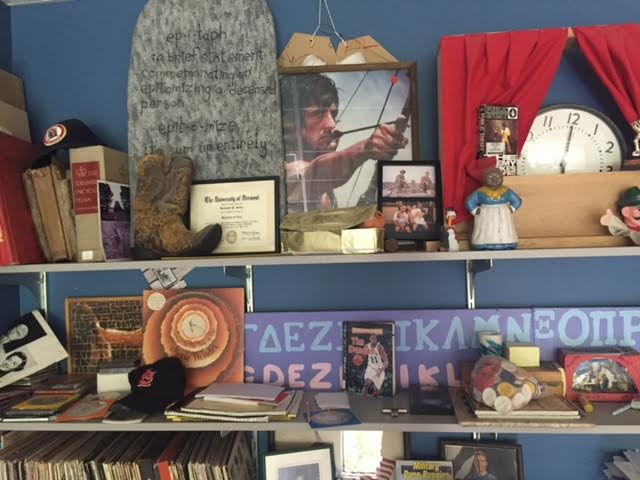 “I think that the teachers sometimes push their beliefs on students. I hear teachers say things against Trump and then say things to support Bernie,” said senior Jessica Mugford.   She is a firm believer that politics should stay out of school.

“I personally don’t think teachers should be wearing t-shirts to support a certain candidate or hang posters in their room,” she said. “If they are going to do that, they better have posters for every other politician.”

Student Haley McElheny disagrees. “I think teachers should be allowed to share their political beliefs because it’s different opinions that make things go differently,” she said.

Teachers are legally allowed to say and do what they want, but is it possible to go too far? There was an incident in which a teacher had a ‘Bernie’ sticker present in their room, stirring up some controversy.

Senior Jackson McCoy feels politics should stay out of the classroom. “A sticker on a classroom board can be distracting for some students who don’t agree with that teachers views. Often talks about politics can turn into a debate.” 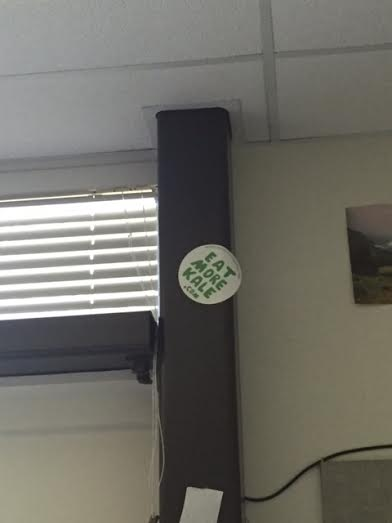 Fellow classmate Nell Peterson has had problems with teachers talking too much about their personal life. “I have a teacher that shares a lot of his beliefs about the school and the world. He takes up most of class talking about it, so it gets in the way of us learning,” said said. “If a teacher is sharing their beliefs and it’s taking away from class time then that is a major problem that isn’t acceptable.”

Many people believe that teachers should keep their political life separate from their school life.

One of these people is Social Studies teacher Nicole Schaeffer, who believes students should never be influenced by a teacher’s view. “In my social studies classes I make an effort to not share that with kids because part of the exercise in class is making room for them to form their own opinions,” she said.

“A bunch of kids have asked me what I think about certain things and I told them I’d tell them at the end of the school year when they are no longer my student, if they really want to know.”

Schaeffer went on to explain that teachers have a personal life too and that they don’t always have to be strictly neutral when it comes to discussions out of school.

Middle School Social Studies teacher JB Hilferty agrees, “…. especially in an election year, I decline and tell them that it’s not ethical of me to share that with my students.  Most kids get frustrated or make accusations about what they ‘think’ I am, but I never share,” he said. “This election has proven exceptionally challenging for obvious reasons, but I’ve upheld my word and have not shared my position.”

Teacher  Judy Bickford said, “politics is a lot like religion, you have to be careful what you say, so you don’t offend anyone.”  Judy makes sure there is always evidence to back up her claims. “When I’m teaching I think it’s best to give facts and actual data instead of giving an opinion,” she said.

Most people would agree that a teacher has a right to freedom of speech, but is there a point when it crosses the line?

What is too far?