The Price of Prom 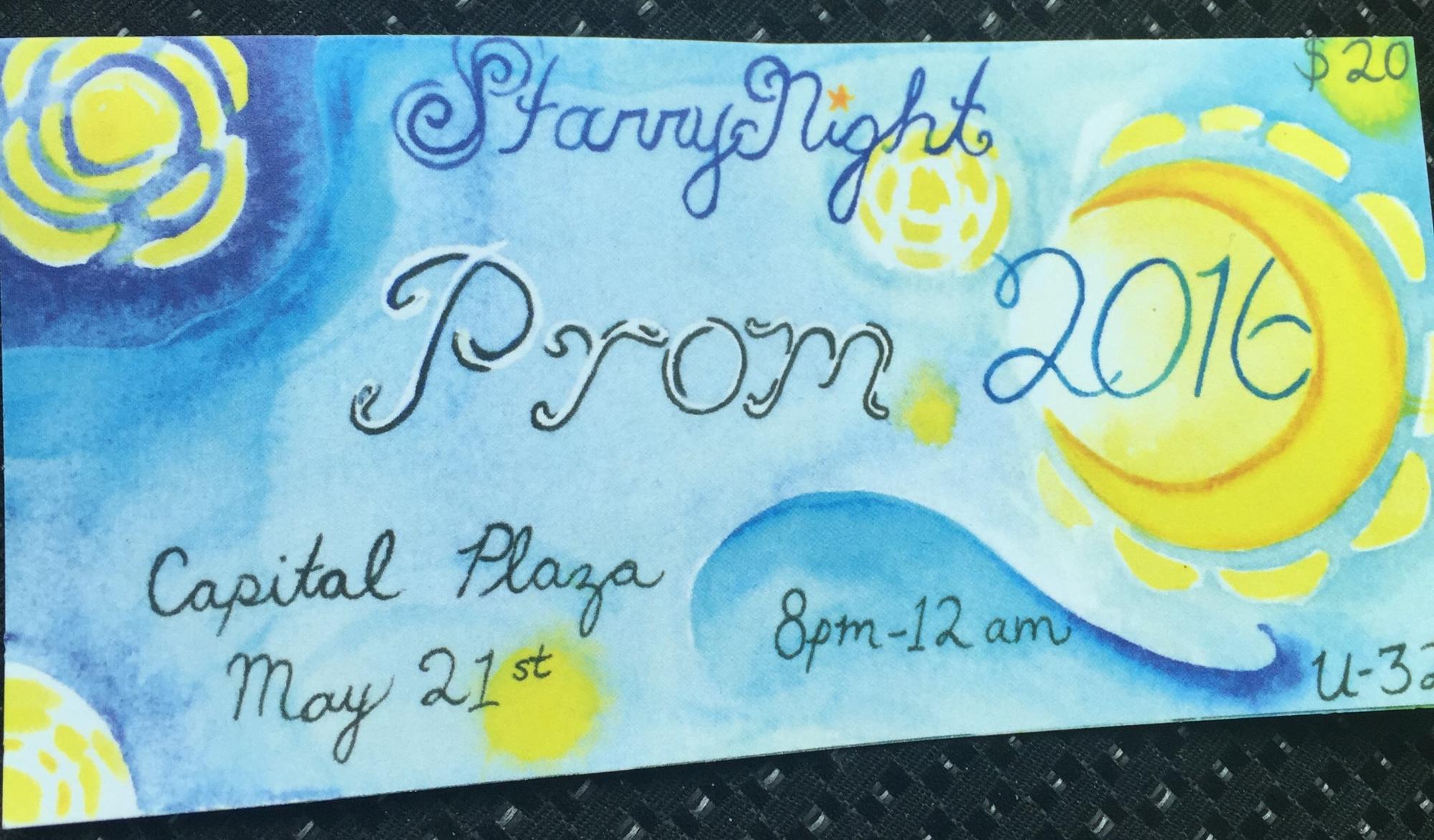 “People are spending hundreds of dollars for one night, because that’s what society tells us to do,” said Senior Brenna Connor.

According to U.S. News, a national survey conducted by Visa showed the average American household spending $978 for prom. Families in the Northeast spent the most, a shocking $1,104.

“A lot of things are way too expensive”, said U-32 Senior Krista Towne. “It is really hard for some people to buy everything, and some people don’t even go because of how much it costs.”

Senior Bronson Mantooth has found himself in a position of not coming to his Senior Prom at U-32.  “I’m going to two proms on the same night, Twinfield and U-32. I was talking to my date about skipping ours and just going to Twinfield because spending $40 on tickets isn’t worth it,” said Mantooth.

Many U-32 students are frustrated with spending so much on each ticket for prom, when many describe the upcoming night to be overrated.

Similar to Bronson, Senior Jacob Kellett has also found himself spending a lot of money after attending Montpelier’s prom, and now U-32’s. “I think it’s way overpriced for one night. I’ve spent $454 altogether,” he said. 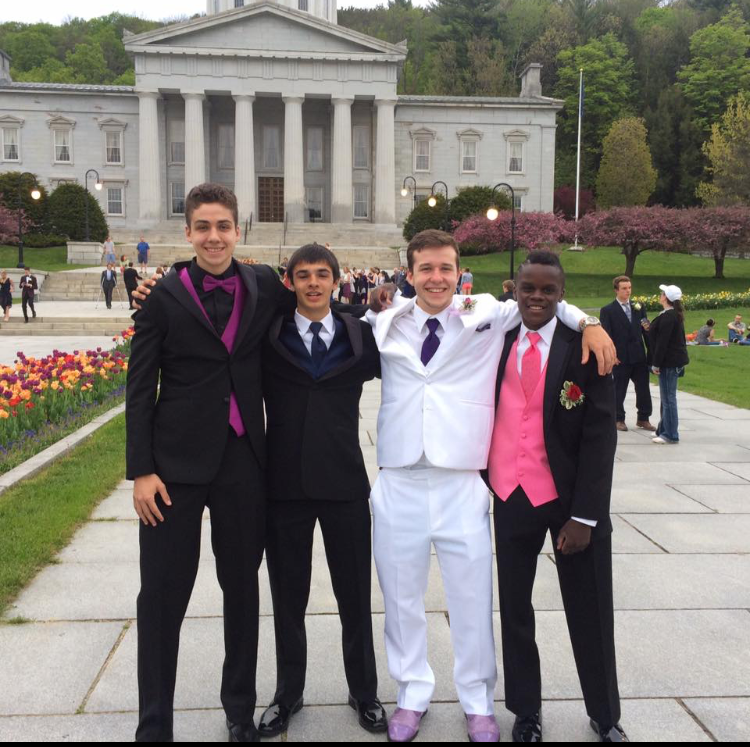 Senior Derek Cote has a different way of thinking about it. “This only happens once a year and this is my last time going, so it’s not too bad to spend the money,” he said. “People can choose how much or little they want to spend.”

Cote said he paid around $215 for prom and money for gas, for commuting back and forth between Williston to get his tux. “But I know people who have spent more,” he said.

Many students have admitted their parents paid for everything.

Dawn Provost, parent of a student attending their Senior prom, said “…the money may not be worth the time spent at prom but it’s worth the memories made.”

“I’ll be spending $425 for my daughter to attend her senior prom,” said Provost.

Krista Towne gave a breakdown of her spending. “I’m my mom’s only child so this is really special for her, she’s willing to spend a decent amount because she finds prom to be an important night,” she said. 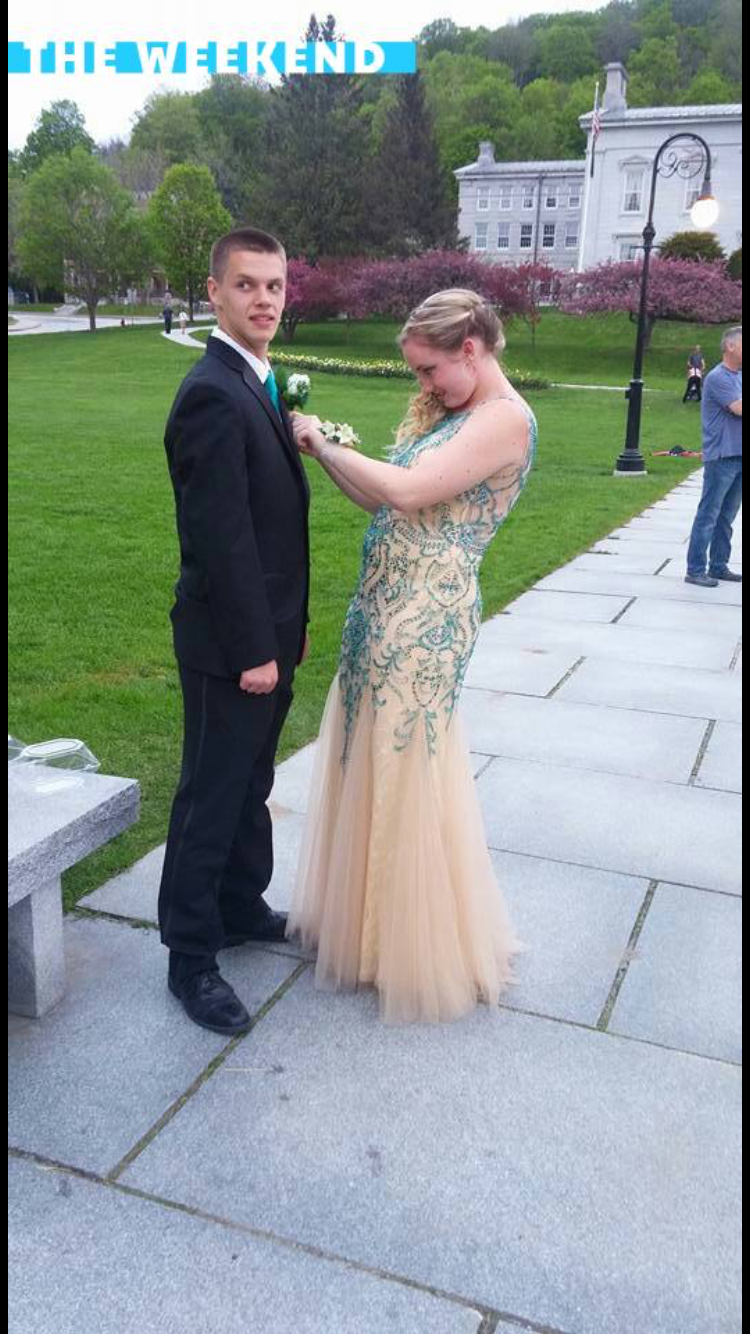 Krista Towne putting her boutonniere on her date.

An Economist would also think about the opportunity cost of prom. Opportunity cost is giving up something in order to do something else.  Some students felt as if their time and money could have been better spent.

Junior Garrett Carr was among these skeptics.

“I could have been playing Mario Kart instead,” he said.

Senior Cullen Partin said he knew prom wouldn’t be worth attending, so he hung out with a friend instead.

Brenna Connor shared her thoughts on the night.

“It was worth it to be able to dance with friends but it was starting to get boring, so we left at around 10pm which was much earlier than last year.”

Senior Eli Pandolfo had a suggestion for making prom better. “What really would have made it good was having a live band,” he said.“That’s what the improvement from last year should have been.” 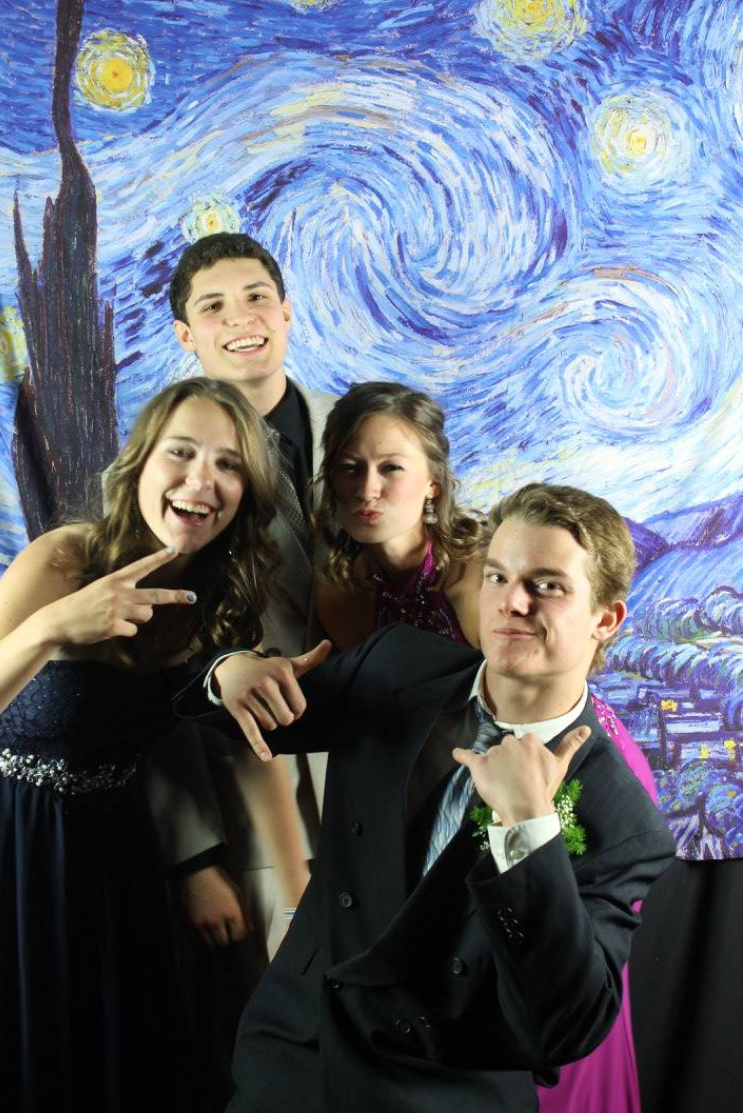 Though there have been some complaints. A new edition this year was a ‘Starry Night Photo Booth.’ Many friends and their dates enjoyed pictures in front of the backdrop, as many people went up for multiple pictures.

Senior Jessica Mugford was one of these people. “It was a fun new element to prom,” she said. “They should continue trying this every year, since it was a hit.”

An economist measuring the value of prom would also consider the value of “signaling” for students who attend.   Signaling is when we make purchases or decisions in order to project a certain image and gain in social status. For example, the clothes we wear: American Eagle, Ralph Lauren, and Carhartt logos each show people around us something specific about who we are, or want to be.  Going to prom is valuable for the social status we get from attending.

The photo booth was extremely popular due to the fact that students want to have memories they can hold onto for years on end.   Prom is all about documenting the night, and pictures are one reason why most people feel the need to go, because on social media that’s what everyone sees.  Thats where much of the value is.

As senior Ethan McCollister put it:“It’s a social expectation that people go to their senior prom.”