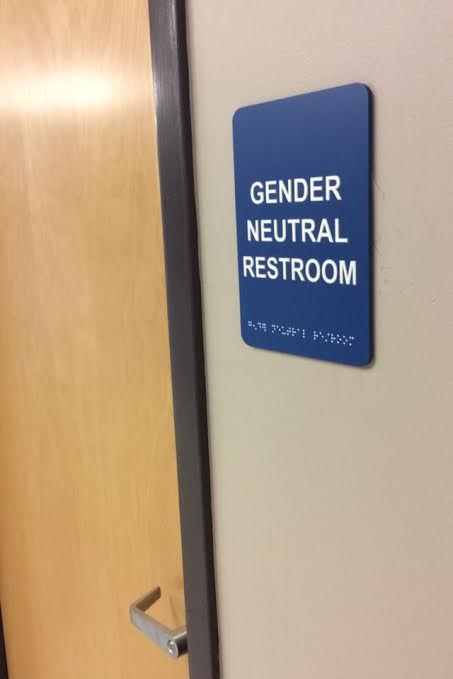 Earlier this month, Rebecca Holcombe, Vermont’s Secretary of Education, sent a letter to all Vermont principals and superintendents about how important it is to ensure that every Vermont child feels safe and valued in the school.

U-32 takes pride in making sure everyone here in the building feels welcome.   The administration took one of the staff bathrooms and turned it into a gender neutral bathroom. 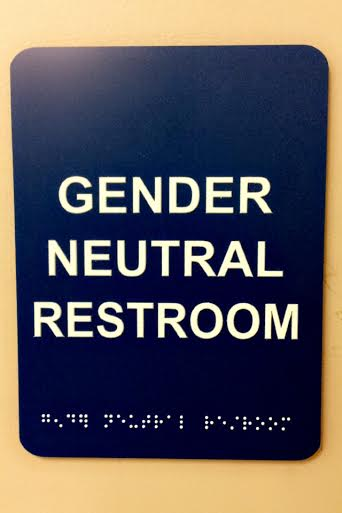 The new gender neutral bathroom has been open for the past several weeks and principal Steven Dellinger-Pate said that so far we have had no complaints from the students or staff in the building.  Steven also says they chose one of the staff bathrooms in the atrium because it was a center point of the building, being easily accessible.

Students are saying it is a good idea because individuals who are transgender need to feel as comfortable as others when using the bathroom. Others have said that there is no reason for new bathrooms to come into place because there are already two neutral, single-use bathrooms in the short hallway going from the tech ed room and woodshop into the cafeteria. Others have said it really doesn’t matter as long as everyone in the school feels safe and welcome.

North Carolina just passed a new law that requires people to go into a male or female bathroom according to the sex marked on your birth certificate.

Denise Dalmasse, one of the English teachers at U-32, said “I think it is silly to make such a big deal over something not that important. If someone doesn’t feel comfortable going into a certain bathroom then what is the big deal?  Shouldn’t people be able to feel comfortable everywhere they go? “

Senior Joe Sanguinetti says “North Carolina is way overthinking this issue. What is the problem in someone going to the bathroom that they can feel comfortable in?  The reason it’s not an issue here at U-32 or in the state of Vermont is because it’s not actually a problem. If it isn’t physically hurting anyone or a danger to anyone then why does it have to be that big of a deal?”

According to the Obama Administration who is now stepping in, telling every public school district in the country to allow transgender students to use the bathroom that matches their gender identity. This is no law or regulation but if the school does not follow what the Obama Administration has to say then they could face lawsuits and loss of their federal aid.

Around the country this is becoming more and more popular, schools making changes in order for students to feel safe and comfortable. Here in the building at U32 not many people even knew we had transgenders, so the Gender Neutral bathroom was no problem at all.  In some other places like in North Carolina, and even at the Green Mountain Union High school in  Chester Vermont it’s not getting brushed off that easy.