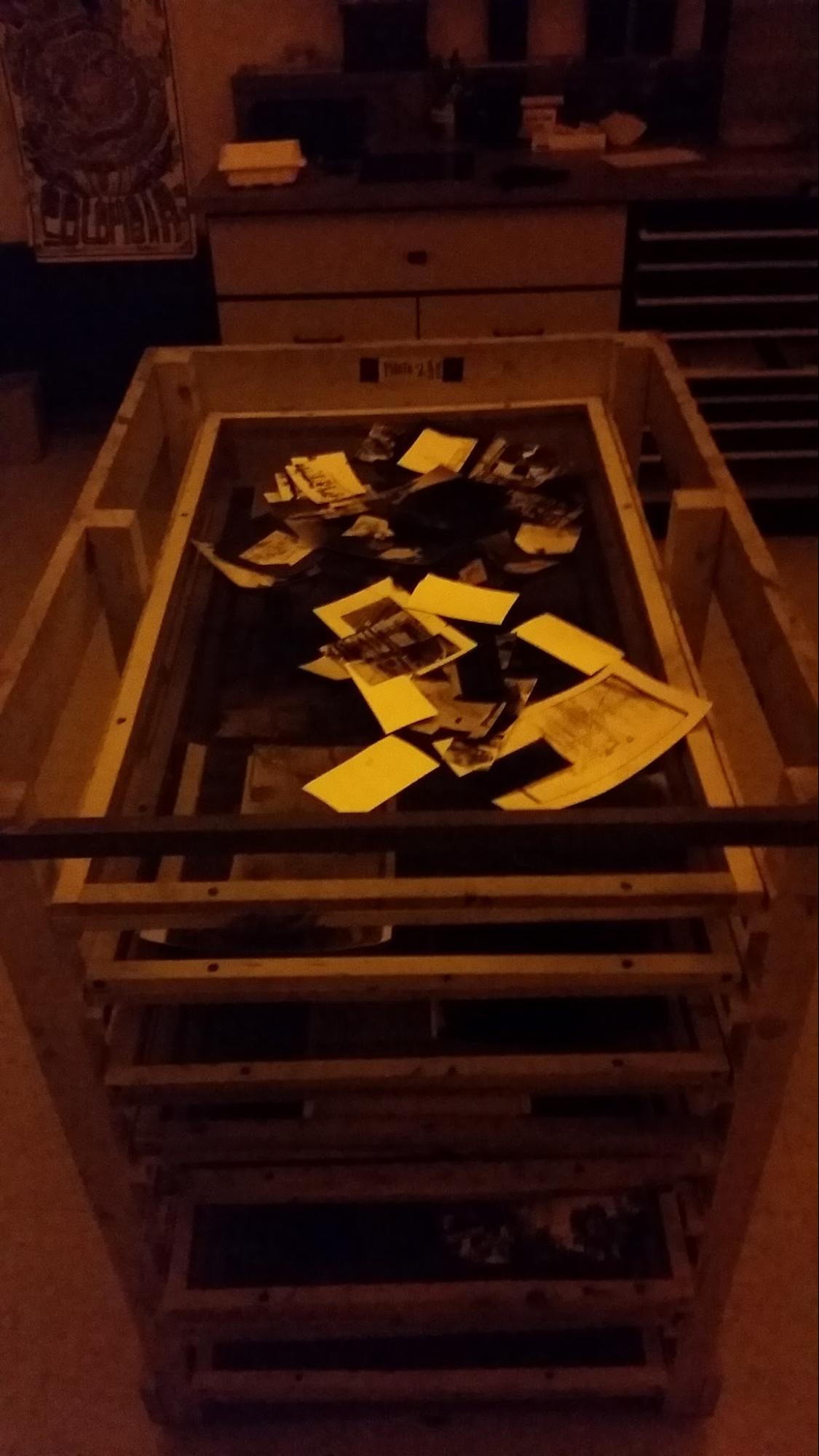 Almost everyone with a cellphone has the ability to take a picture, and photographs are used as a method of communication.  But in the era of digital photography only some people know how to develop film.  It seems the traditional method of photography has become a thing of the past– but not in the photography classroom.

“It’s beneficial to learn the process of developing film,” U-32’s photography teacher Amy Koenigbauer said, “because it not only teaches patience but gives you insight of the history of photography.” In today’s world everything is instant. If you take a picture on your phone it is instant. If you mess up it’s easy to try again, making you less careful. Film photography can be valuable to learn.

Cole Richards explained how developing film involves submerging the negative film into a number of different chemicals–developer, a stop bath, fixer, fixer remover– for certain amounts of time, then, lastly, a water rinse.  After Cole has made his way through the stations and the negative film has been immersed in all the chemicals he hangs his film in a closet to dry.

Now that the negative film has been developed and dried it needs to be printed. Cole puts his developed negative slide into an enlarger and begins to adjust a series of light settings. Once he is sure the enlarger is set up correctly he’s ready to print. Printing involves a process similar to developing negatives with the same chemicals.

First, Cole exposes a piece of printing paper to the projection of the image under the enlarger. Next, he bathes the photograph in the chemical stations and watches the image come to life.

“This is my favorite part of the whole process” he says.

Developing film is simple, it just takes time and persistence to get the technique right.