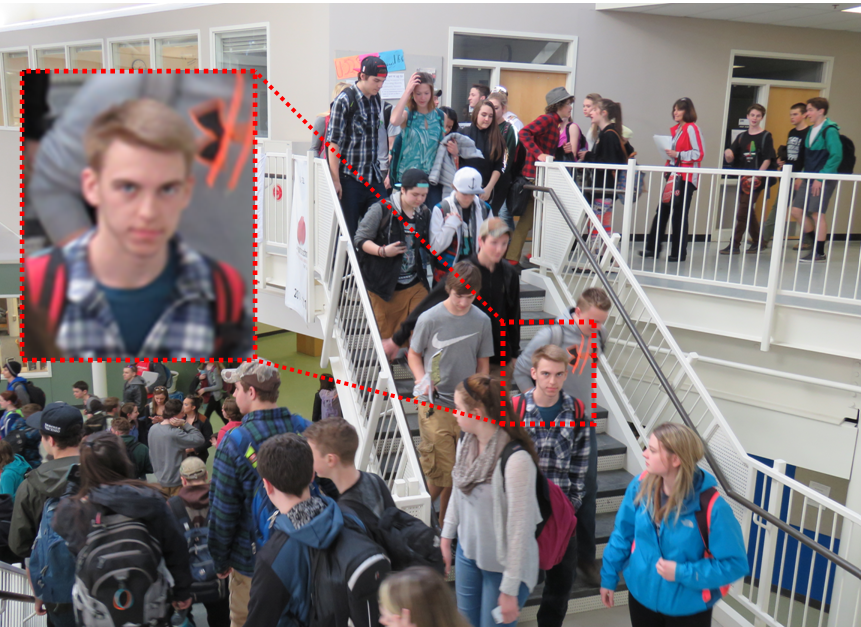 After the failure of “restorative circles,” U-32 is using high-tech security systems, more common in international airports or combat zones, to resolve the Senior Lounge Crisis.

A high-ranking whistleblower has provided the Chronicle with invoices documenting nearly $630,000 in payments from U-32’s administration to Raytheon, one of the nation’s leading defense contractors.

Almost half of the money went to “aerial surveillance of the perimeter,” but more than $210,000 was spent on “Virtual Phrenology Optics Systems”– “Veepo’s,” as they’re called in the industry.

“Raytheon is the state of the art in criminal prejudgment,” according to the company’s online catalogue. “Once a target is identified– based on facial type, surname and genealogical-correlation– our smart cameras can follow the target’s movements over several seconds, allowing for body language analysis.”

“These movements, combined with the target’s skull-type and genetic propensities, allow us to make a split-second decision to apprehend or eliminate, depending on threat-level presets,” the catalogue boasts, referring to the system’s “actionable intelligence generation.”

The V.P.O.S.’  “lethal force options” have been disabled in U-32’s systems, according to the invoices obtained by the Chronicle. But the other features, identifying and apprehending suspects, have been operational since mid-March, when the Senior Lounge situation was first labeled a stage four crisis.

Thus far, only one suspect, twelfth-grader Joshua Carbo, has been apprehended.   A smart  camera, placed in a plant on the chem lab garden balcony overlooking the atrium stairs, captured Carbo “skulking”, according to an incident report, and displaying “a post-teutonic cranium.”

Carbo was taken into custody, where a search uncovered “lunch debris.”   The evidence, including part of a panini in plastic wrap and an empty chocolate milk carton, was confiscated.

According to the incident report, “…the suspect intended to place the items in the Senior Lounge, for someone else to clean up– a behavior consistent with members of his skull-group.”

The administration could not be reached for comment, but one librarian, who preferred to remain anonymous, saw the cameras in a positive light.

“If you didn’t do anything wrong, you have nothing to fear,” she said, while shelving books in the library.  “I’m retiring this year, but I have to say, there are more than a couple students who look like trouble to me, and I’m all for integrating technology into student learning.”